The White Lady of Edzell Castle

The White Lady of Edzell Castle

Even in its ruined state, the 16th Century Edzell Castle has a real sense of luxury. The striking, red sandstone walls stand above an ornately laid out garden, maintained as it would have been 400 years ago.

On a bright and sunny day, this secluded location is friendly and welcoming. Late at night, when the walls are shrouded in darkness, the area around Edzell Castle is a lot less inviting. The grounds are haunted by the ghost of the White Lady.

This lady is believed to be the spirit of Katherine Campbell, the second wife of the 9th Earl of Crawford. The Earl built much of Edzell Castle to match his status as one of the most powerful men in Scotland but died in 1558 when his heir was only a child. Katherine was a strong woman, and she kept things running smoothly here until her son Sir David Lindsay was old enough to take charge for himself.

The autumn of 1578 was particularly harsh, biting cold was felt even behind the thick walls of Edzell Castle. Katherine had supposedly been fighting an illness for months when she was finally laid to rest in the Lindsay Burial Aisle. She had been a popular mistress and everybody who knew her, mourned her passing on that bleak day.

There were some that celebrated in Katherine’s death, however. Not because they disliked her, but because of the opportunity it gave to those with little in the way of morals. The late Earl’s wife had been a wealthy lady in her own right and a rumour spread that she had been buried with a horde of jewellery. A plan was quickly hatched. Two grave robbers decided they would steal Katherine’s treasure before anybody else had a chance. Masked by the wild weather, the pair broke into the crypt the very same night she was laid to rest.

They didn’t find as big a reward as they hoped, but the body did have a few bits and pieces worth selling. The biggest prize were the shining golden rings, but the thieves couldn’t slip them off. Since she was already dead, they decided to save time by taking a knife to Katherine’s finger.

To their horror, the hand started pouring with blood. Then the corpse sat bolt upright and let out a high-pitched scream. Katherine wasn’t dead after all, and the robbers already running off down the road. A badly shaken Katherine stumbled out of the burial aisle into the raging storm, with blood still pouring from her hand.

It’s around half a kilometre from the burial aisle to the walls of Edzell Castle and Katherine was closer to death than ever. The castle guards turned pale when a crying lady, dressed in white and covered in blood appeared in the dead of night. Instead of letting their mistress inside the gates, the men panicked at the sight and fled indoors to safety.

Poor Katherine died right outside the walls of Edzell Castle, so close to home. Her spirit is said to still be there, wailing and desperately trying to get inside. 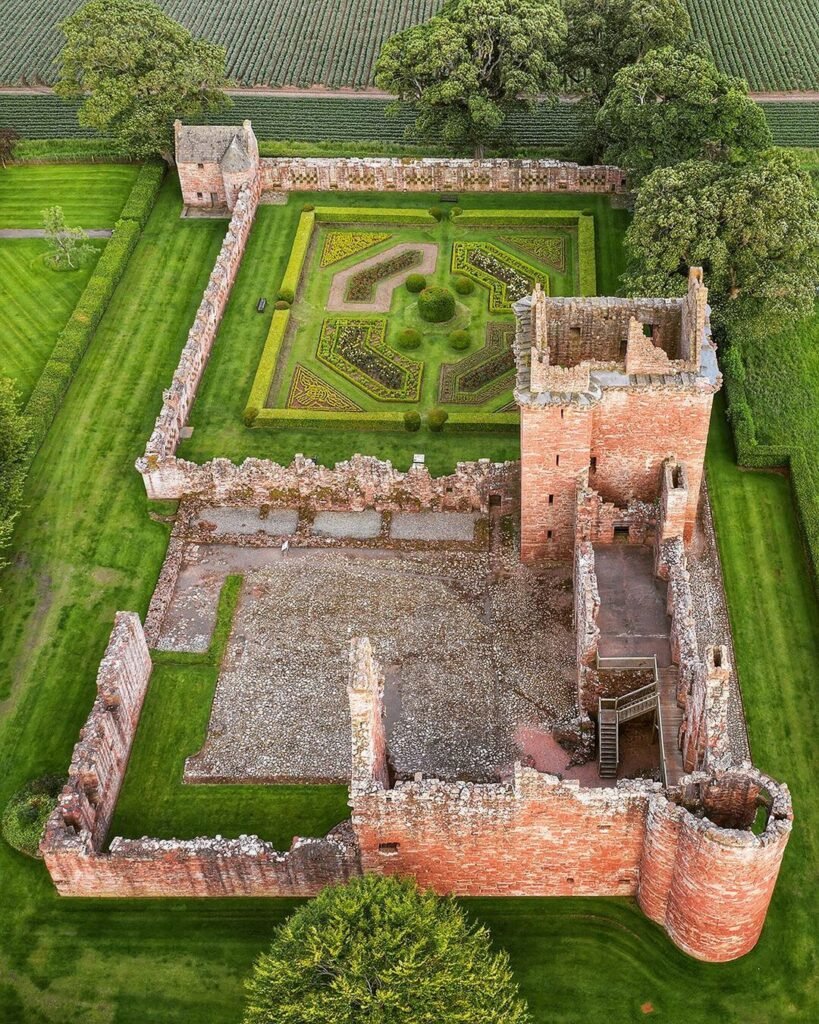