The White Cow Of Calanais

One of the most spectacular locations of the Western Isles are the ancient Calanais Standing Stones. At around 5000 years old, the largest stone circle on Lewis is amongst the oldest in the world. The real purpose of the stones has been lost to history and all we are left with are assumptions, speculation and fascinating local legends.

Hundreds of years ago, there had been a harsh winter following a poor harvest on Lewis and the islanders were suffering. What little food they had managed to scrape together was running out and people were starting to get hungry. All the livestock had already been slaughtered for their meat and fierce storms had forced the fishermen to come home empty handed.

One mother was getting very worried about her children. Their cheeks were looking hollow and clothes were hanging off them. She was already going without to make sure that they would have something to eat but it wouldn’t be long before there was nothing to go around at all. In her desperation, she made her way down to the sea near the Calanais Standing Stones.

She cried out to the spirits of the water and begged them to hear the plight of the people of Lewis. She would happily sacrifice herself, if they would only help the islanders in their hour of need. Wading into the water with tears in her eyes, something miraculous happened. A pure white cow with blood red ears, rose out of the waves. 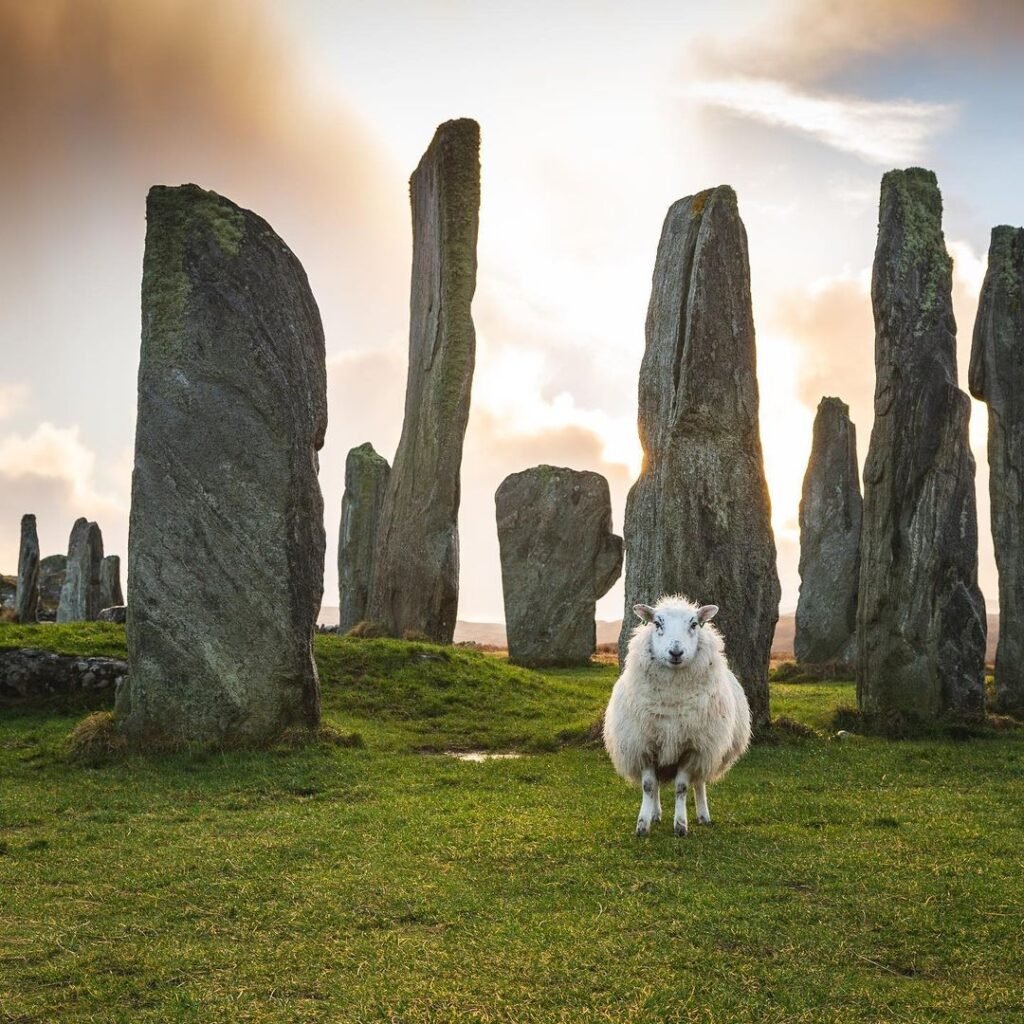 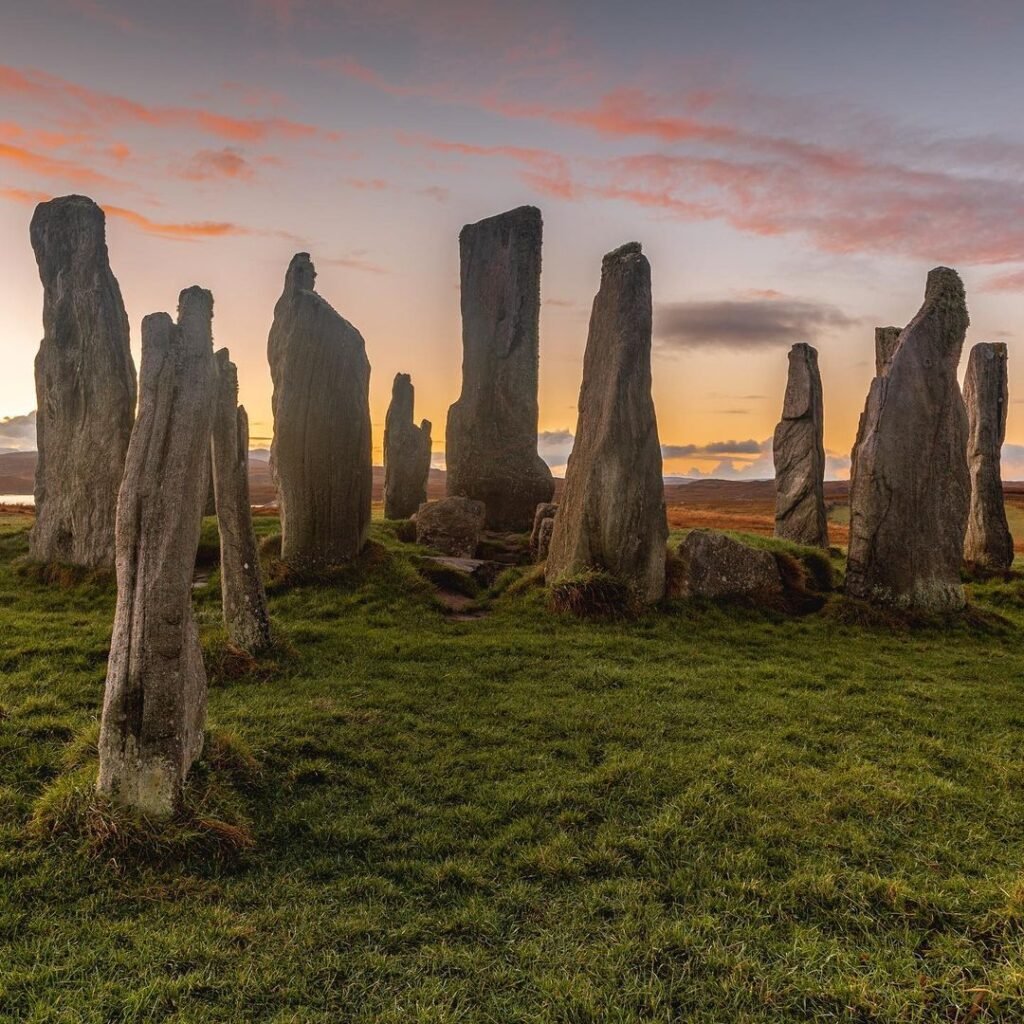 Looking into the cow’s eyes, the woman felt it communicating with her and she knew exactly what to do. It walked past her, making its way to the stone circle while she rushed home to collect her milking pail. Returning to the stones, the woman found the white cow patiently waiting. With her bucket now filled to the brim with the richest milk she had ever tasted, she spread the news around the other islanders.

One by one, they all journeyed to the Calanais Stones and filled their pails full of milk while the white cow stood quietly. Once each person had filled their bucket, the milk would stop flowing until the next one stepped up. For three days the islanders were sustained by the mysterious cow, and it looked like their troubles were over.

However, one woman was not as happy as the rest to see the miraculous animal. She was a witch who had been enjoying watching the suffering of the people of Lewis. When her turn came to milk the White Cow on the third day, she removed the bottom of her pail and fitted a sieve instead. She milked and milked but her bucket would never be full.

With a weary bellow, the white cow had been milked dry. It descended from the Calanais Stones towards the shore and disappeared beneath the waves. The Islanders would have to struggle on for the rest of winter and the cow would never be seen on Lewis again. 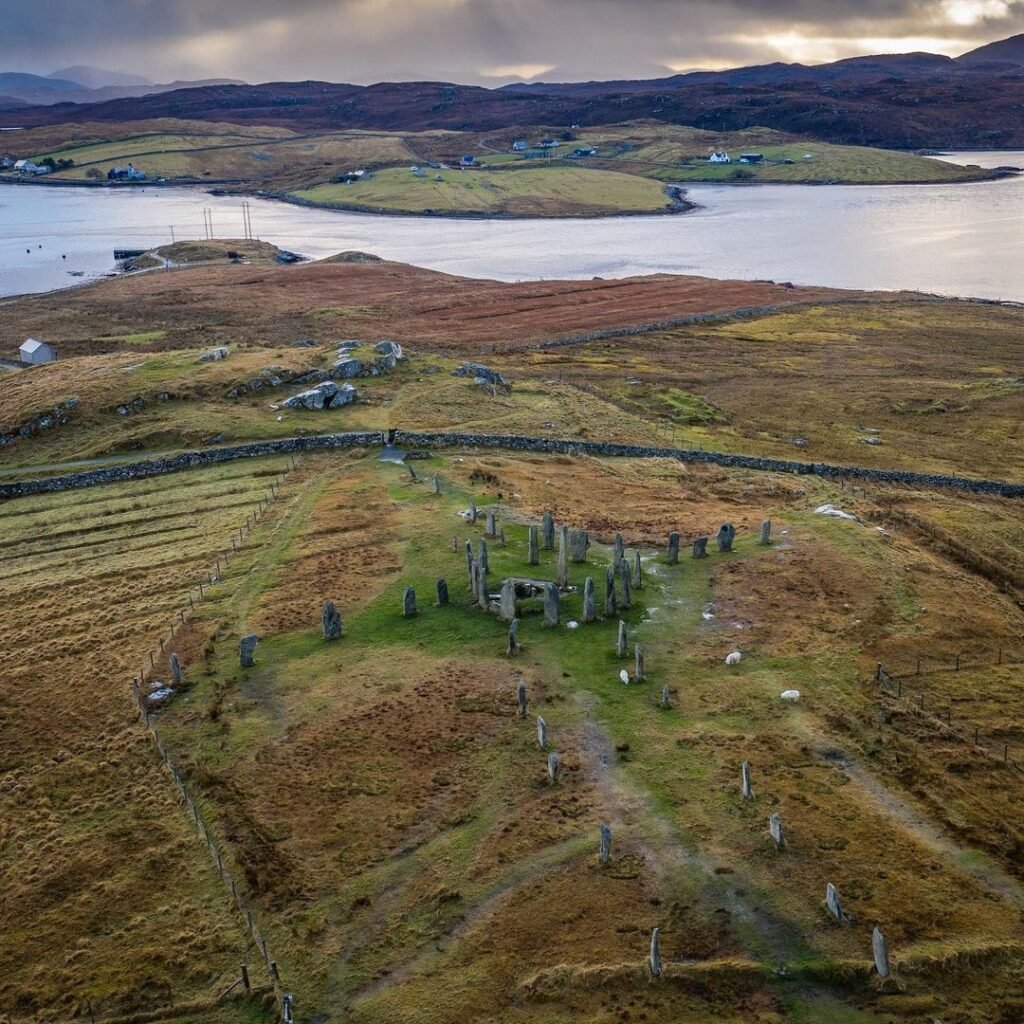 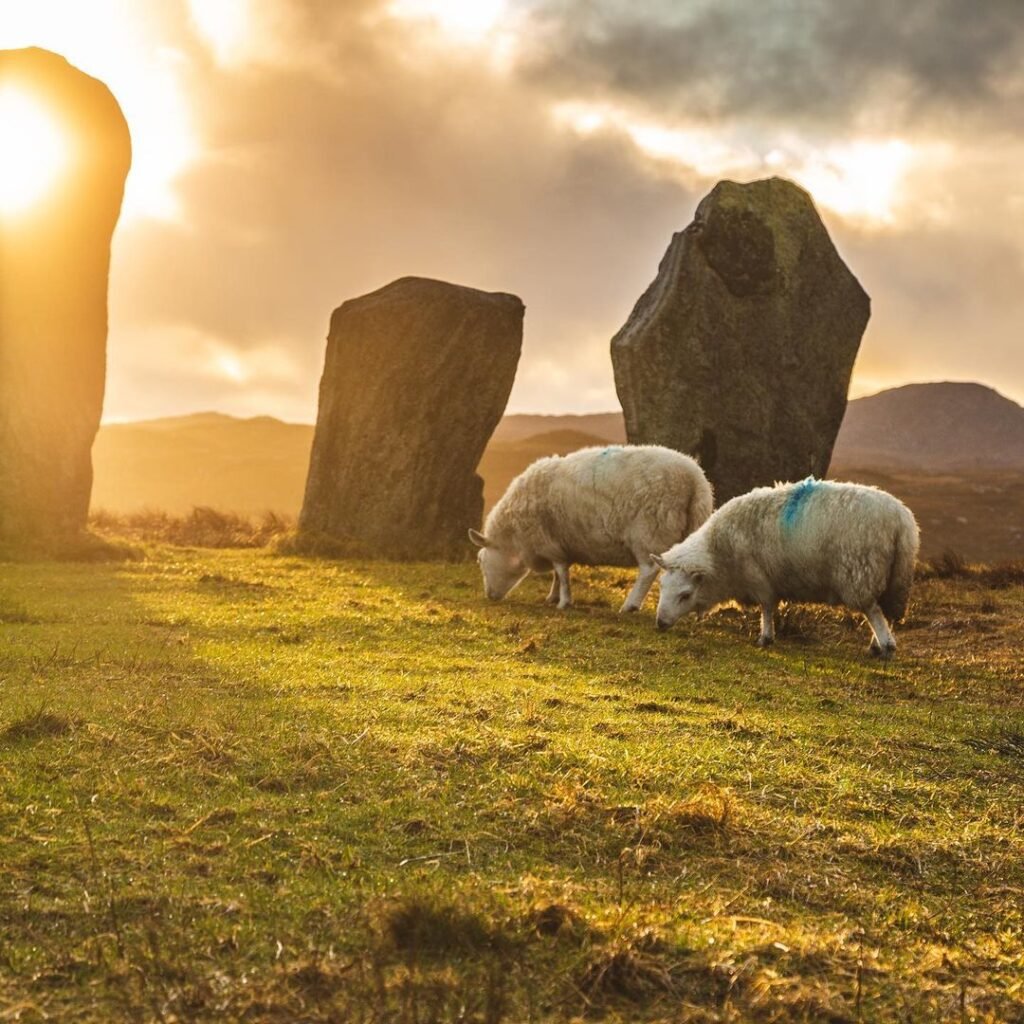 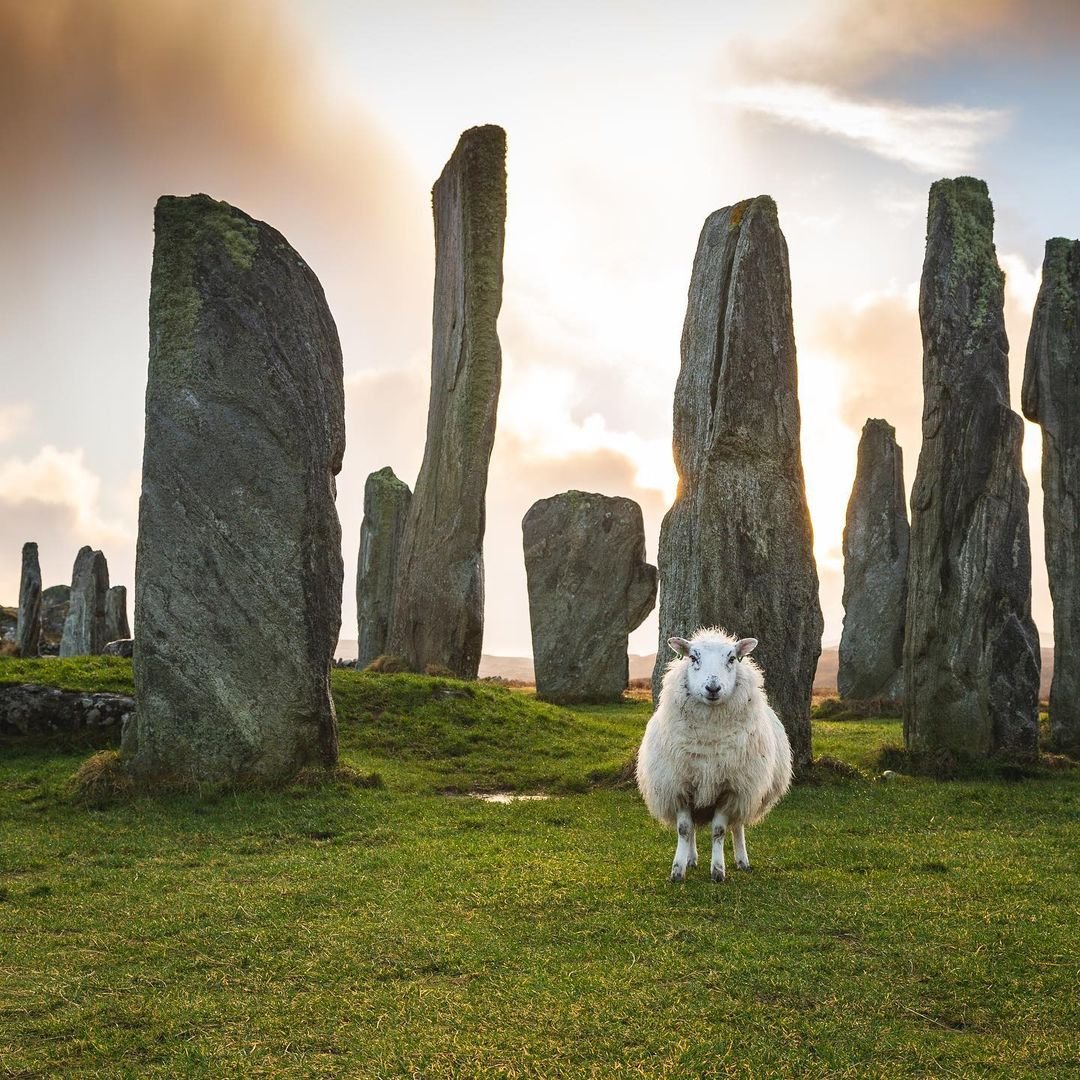