The Weeping Mermaid of Loch Assynt

The Weeping Mermaid of Loch Assynt

Words by Graeme Johncock and photographs by @chris_j_houston

The ruins of Ardvreck Castle stand like a sentinel keeping watch over the icy, black waters of Loch Assynt. You might hear the soft sound of sobbing as you wander around the edges of Loch Assynt and explore the ruins of the old castle. It might just be a trick of the wind but then again you might be hearing the legendary Mermaid of Loch Assynt.

The story goes that when the Chief of the MacLeods of Assynt was building Ardvreck Castle, he ran into a bit of financial trouble before the work had even been started. MacLeod was desperate to have a home befitting his station but he faced the prospect of not only having no castle, but having no home at all.

That was when a dark stranger approached him and offered to help build the castle, financing the whole thing himself. MacLeod couldn’t believe his luck but he was no fool, he knew there would be a catch. All he would need in return was the promise of MacLeod’s soul. That was when the clan chief realised he was dealing with the Devil and suddenly the arrangement didn’t sound quite as appealing. He did his best to negotiate a different payment but the Devil wasn’t budging.

This all changed when MacLeod’s daughter Eimhir walked in. The Devil changed his price from MacLeod’s soul to his daughter’s hand in marriage. It was a difficult decision but MacLeod wanted this castle badly and to his eternal shame, he accepted. Ardvreck Castle was built in a matter of days and now the Devil was ready to claim his side of the bargain.

Eimhir had no idea of the real identity of the groom but was given no choice in the matter and dutifully went along with the arrangement. The night before the wedding, MacLeod’s conscience got the better of him and he broke the news to Eimhir. He admitted who her betrothed truly was and saw the tears in his daughter’s eyes. She was distraught but there was no way of escaping before the ceremony the next day.

Rather than face marrying the Devil, Eimhir threw herself from the top tower of Ardvreck Castle and plunged into Loch Assynt below. Nobody believed that she could have survived the fall and the Devil was furious that he had been denied his prize. In his rage he caused huge rocks to fall from the sky in an attempt to destroy MacLeod’s land, leaving the boulders strewn across the landscape to be seen today.

Everybody assumed that Eimhir had died but her body was never found. Soon, people started to notice a weeping sound near the loch and occasionally the flick of a large tail disappearing under the water. Eimhir had transformed into a mermaid and kept herself hidden from the Devil in caves deep below the surface. The water level isn’t constant in Loch Assynt and it’s believed that when the loch begins to rise it’s due to the tears from the Mermaid of Assynt, weeping for the life that she was never able to live. 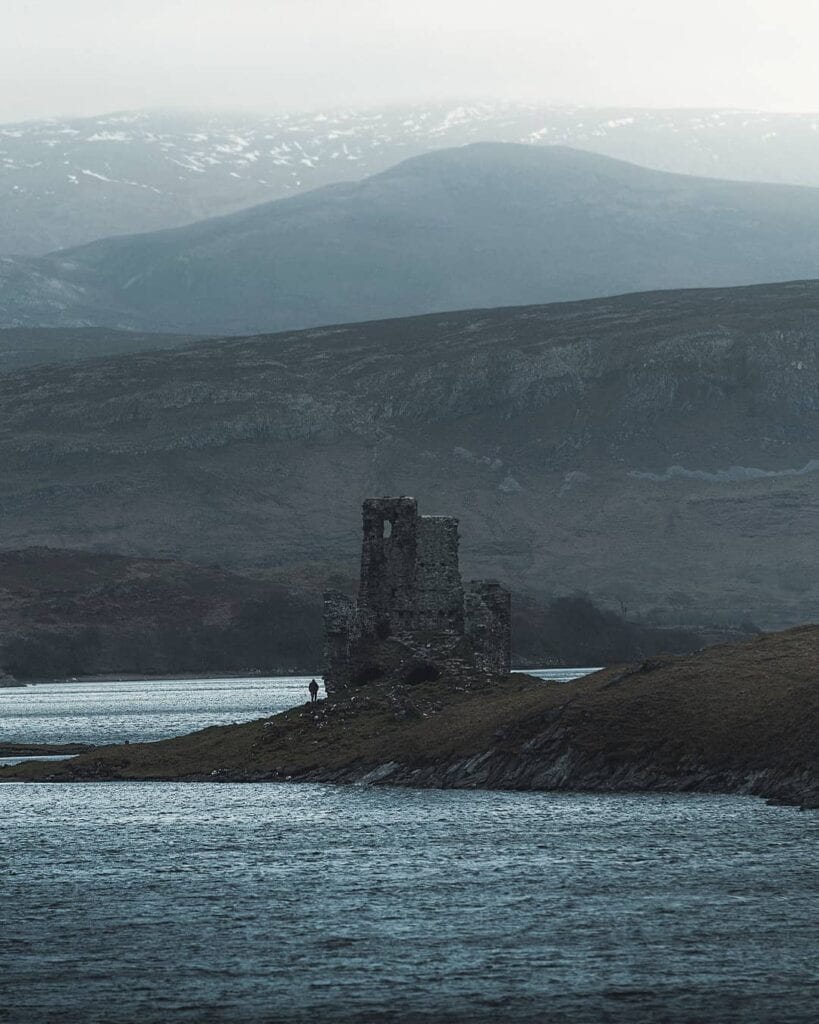 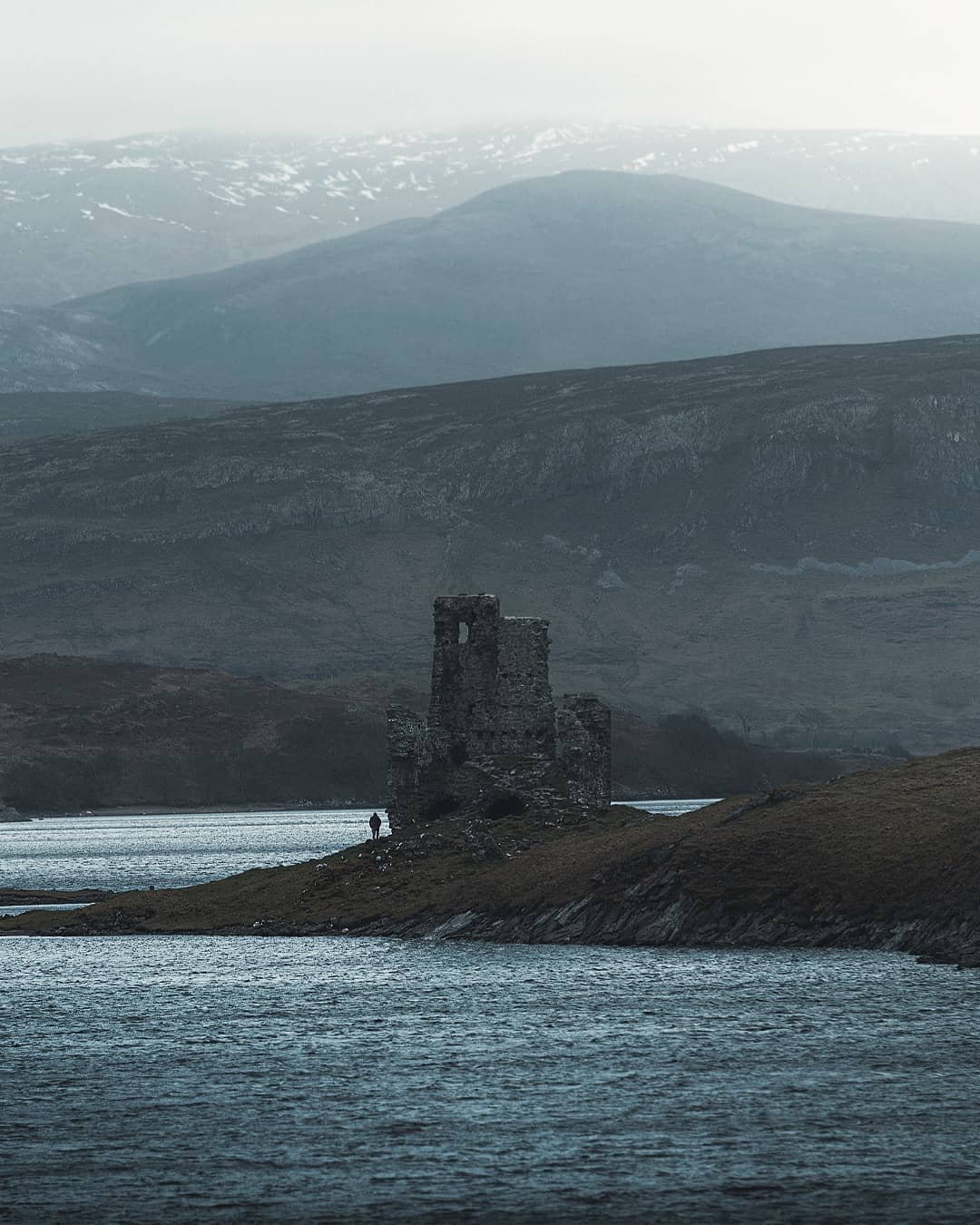