The Pirate Laird of Kisimul Castle

The Pirate Laird of Kisimul Castle

In the far south of the Outer Hebrides, Kisimul Castle has dominated Castlebay on Barra for at least 600 years. Without the castle, the main harbour on Barra would have been incredibly exposed to seaborne raiders. Instead, they were protected by this fortress on the rock and secure enough to cause trouble at sea themselves.

In the late 16th century, Kisimul Castle was inhabited by Ruari MacNeil who caused so much trouble for the Scottish government he became known as “Ruari the Turbulent”. From his island castle he raided merchant ships up and down the west coast, even hunting in the Irish Sea. No nationality was safe from the pirate laird, but his speciality was ships from south of the border.

Ruari was so proficient at piracy that he became famously rich. Kisimul Castle was rumoured to be decorated with fine silks from the Far East, the cellar was filled with European wine and even his horses were shod with golden shoes. He might have been a pirate but for the local people, Ruari was a hero who brought wealth to Barra and a clan chief who looked after them.

His raiding of English ships eventually brought Ruari the Turbulent to the attention of Queen Elizabeth I. She put an enormous price on his head but those who were close with the laird wouldn’t dream of betraying him. Ruari seemed safe and comfortable behind the strong walls of Kisimul Castle.

English gold had failed and so Elizabeth leant on King James of Scotland to bring his vassal to heel. Royal authority was stretched thin around the wild western islands, so a simple order from James would have been wasted. Instead, the King commanded another west coast chief Mackenzie of Kintail to bring Ruari to Edinburgh by any means possible. 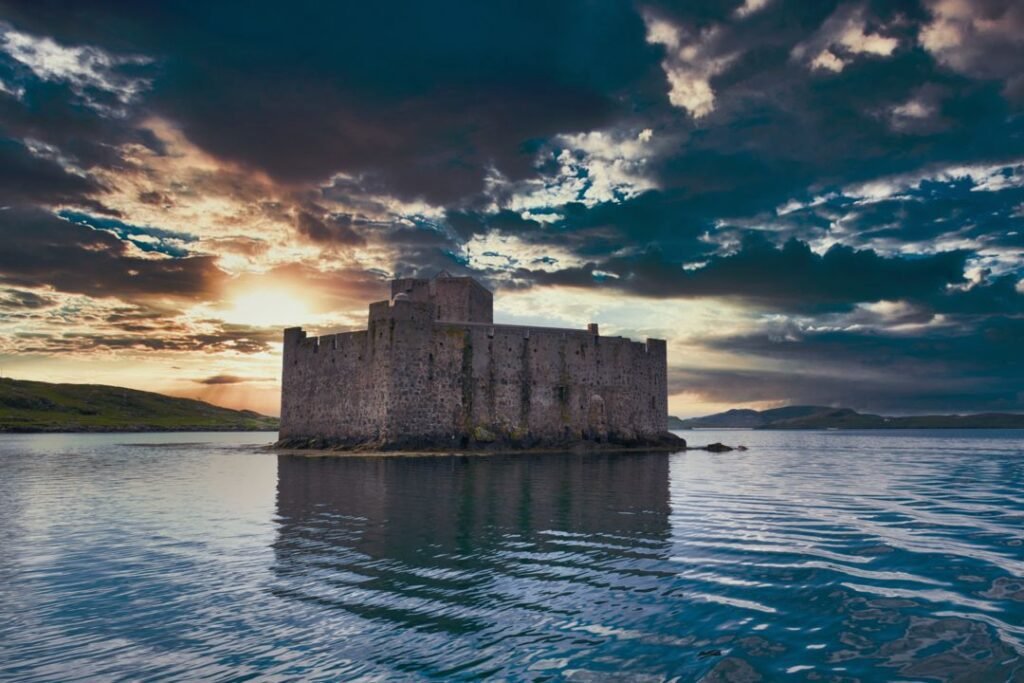 Mackenzie arrived at Kisimul Castle claiming to have just come upon a cargo of French wine, inviting Ruari onto his ship for a drink. That drink turned into a wild party and by morning, the pirate laird awoke in chains on his way to Edinburgh. During his trial and faced with execution, Ruari was asked to explain his piracy on the English ships.

His excuse played to the sympathies of the King and the court. He felt duty bound to avenge the execution of James’ mother, Mary Queen of Scots and pirating English ships was the only way he knew how. Regardless of how genuine Ruari’s sympathies were, he was allowed to live but not without punishment. Kisimul Castle and the island of Barra were given to Mackenzie as his reward.

That wasn’t the end for the pirate laird though. Mackenzie agreed to lease his lands back to Ruari and his heirs for only 40 Merks per year, allowing him to return to his old ways. The tradition of cheap rent has carried on, with Historic Scotland now running Kisimul Castle on a 1000-year lease for only a bottle of whisky and £1 per year. 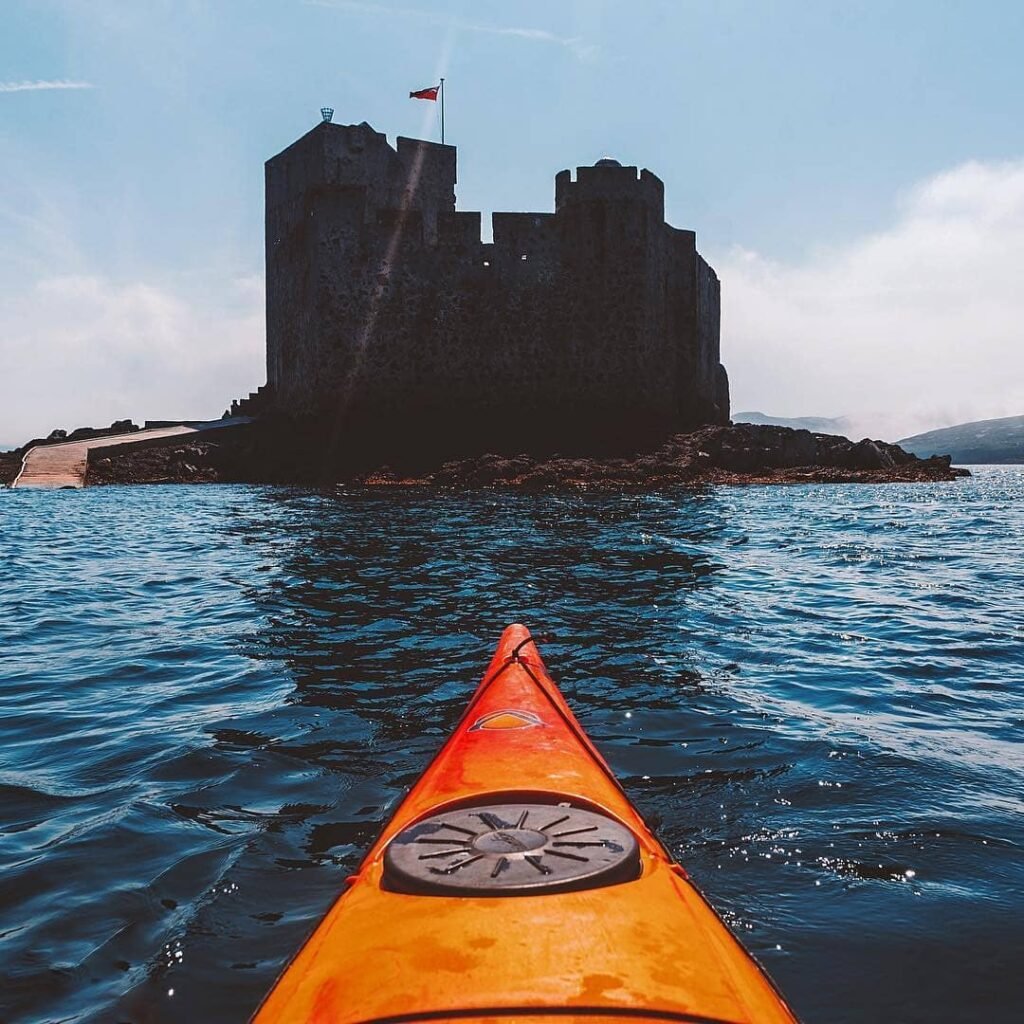 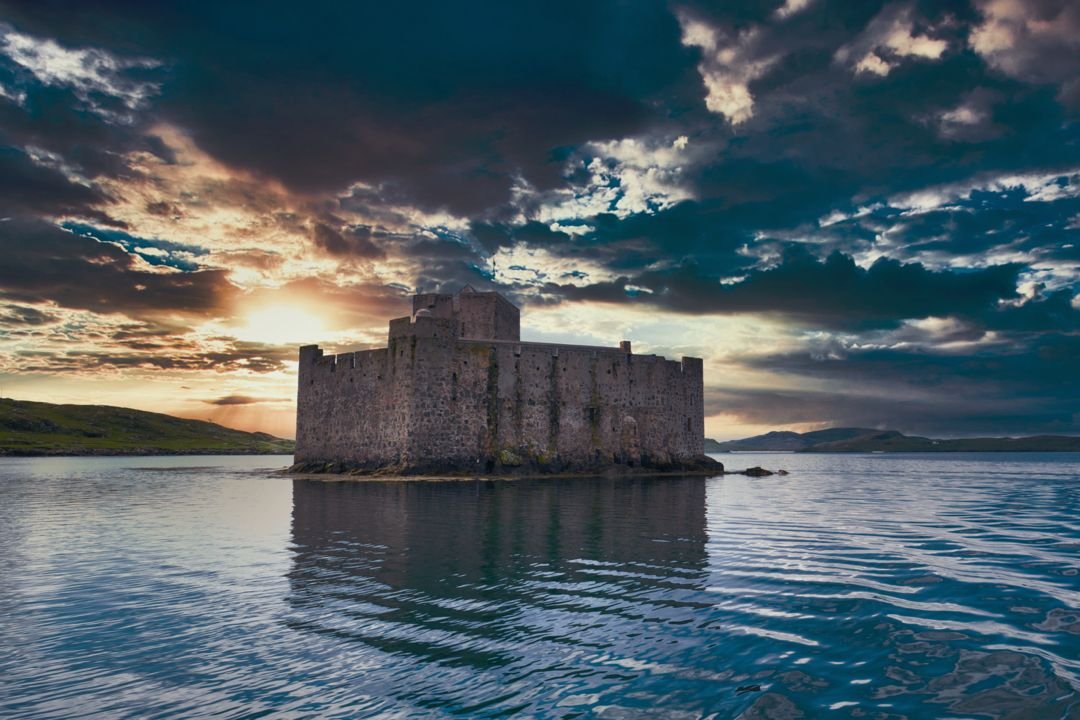