The Magical Waters By The Sligachan Bridge

The Magical Waters By The Sligachan Bridge

Words by Graeme Johncock and photographs by Simon Hird

Sligachan on the Isle of Skye is a magical place. It’s not just the iconic Sligachan Bridge with its spectacular views of the Cuillin Hills, the real magic is in the water that flows beneath. The River Sligachan has been enchanted by the fairies.

The story surrounds Scotland’s greatest ever warrior who lived here on Skye. Not William Wallace or Robert the Bruce but a legendary female fighter by the name of Scáthach. She was an expert in all forms of warfare and the greatest warriors came to train with her at The Fort of Shadows now known as Dunscaith Castle.

Her fame spread across the water to Ireland where Cú Chulainn wasn’t happy that somebody could be considered a match for him in combat. The Irish demi-god sailed to Dunscaith and challenged Scáthach to prove once and for all who was strongest. 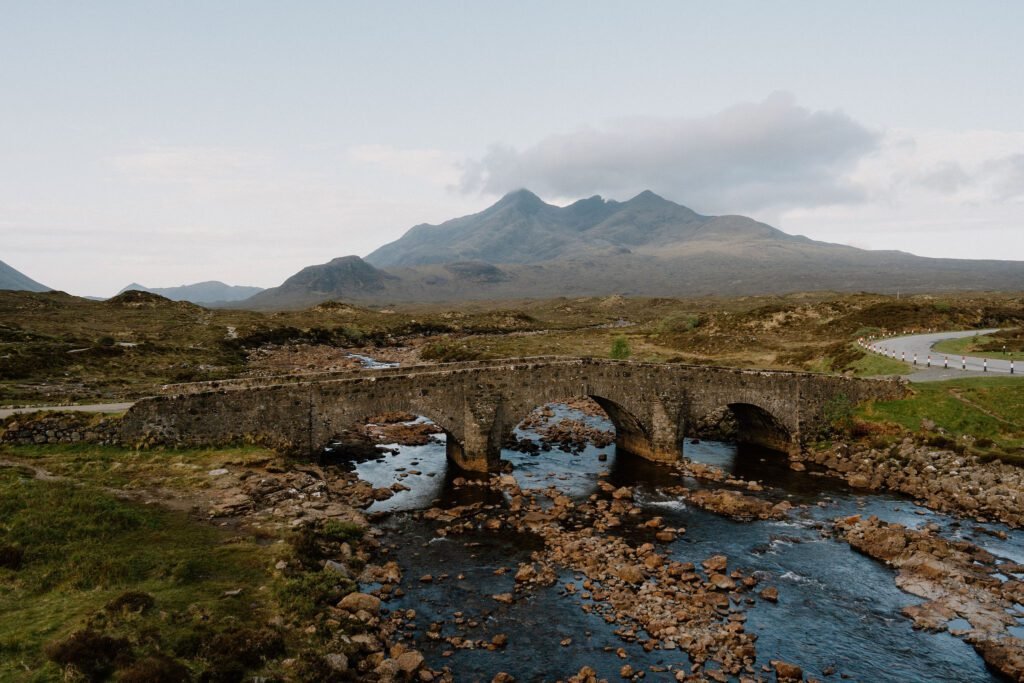 They battled fiercely for days and the fight was balanced on a knife edge. Scáthach was much more skilled but Cú Chulainn was incredibly fast and strong. This duel wasn’t going to stop until one of them was dead. Scáthach’s daughter Uathach began to worry that her mother would eventually be killed. Her opponent was a demigod after all and she could see Scáthach was beginning to look tired.

She came to the Sligachan River where the bridge now stands and pled with the fairies to help her mother. Uathach wept into the water as the crashing sound of battle raged over the island. Eventually the fairies were moved by the daughter’s love and sorrow. The fairy queen appeared to Uathach, told her to wash her face in the river and she would be blessed with the knowledge she needed to save her mother’s life.

Uathach did as she was instructed, dipping her face into the cool water and immediately knew what to do. She rushed to Dunscaith Castle, gathering what she needed to prepare a feast along the way. Using the richest ingredients and the best spices, Uathach created the greatest banquet the island had ever seen. Before long the smell spread to the still fighting warriors.

Their stomachs began to rumble and they both realised how hungry they were. Agreeing a temporary truce, they entered the great hall to sit down and eat. Suddenly they both realised they had broken bread together. Cú Chulainn was now a guest in Scáthach’s home and he couldn’t fight her anymore out of respect and tradition. They would have to accept the battle was a draw.

Uathach left a bit of magic behind in the water at Sligachan but it isn’t wisdom that you can gain here. You must get on your hands and knees by the bridge and submerge your face completely in the water for 7 seconds. When you stand, don’t wipe any of the water off your face but leave it to dry naturally and the fairies will bless you with eternal beauty. 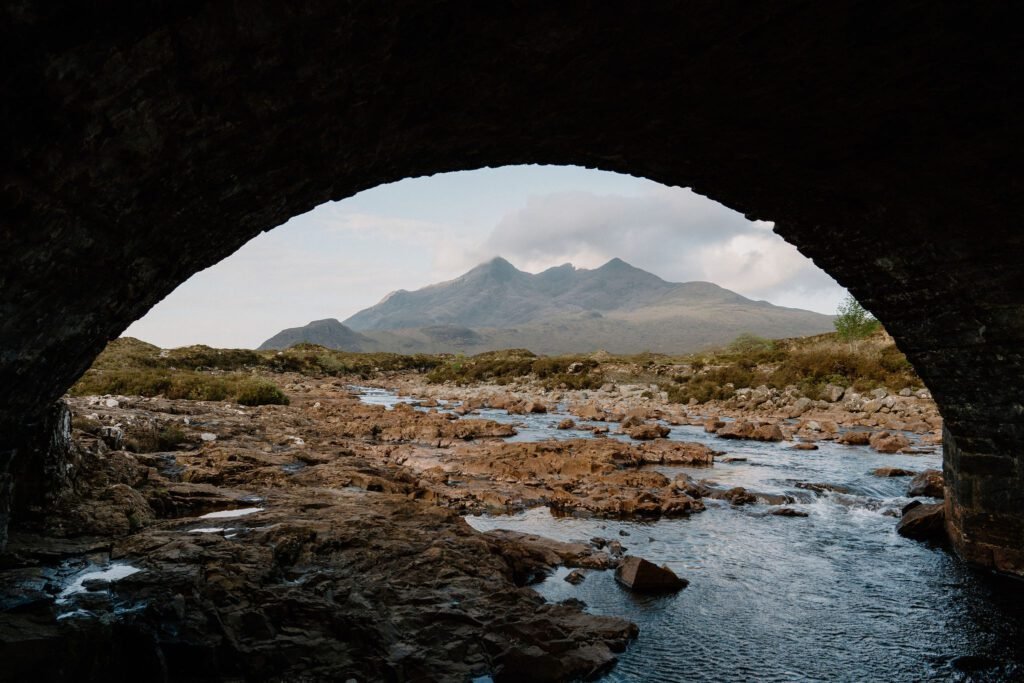 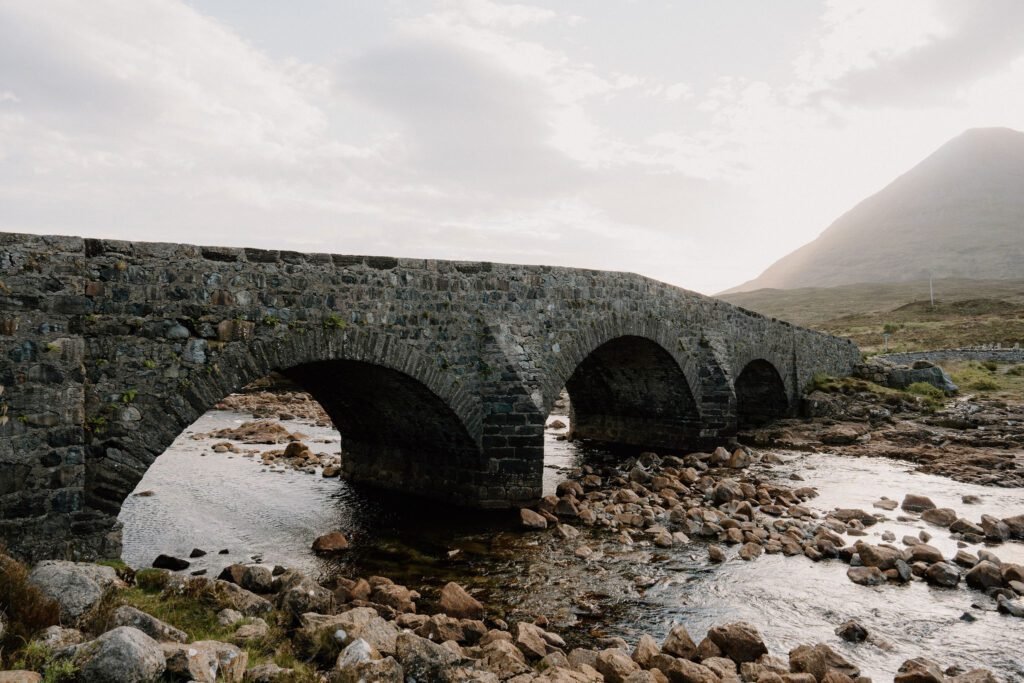 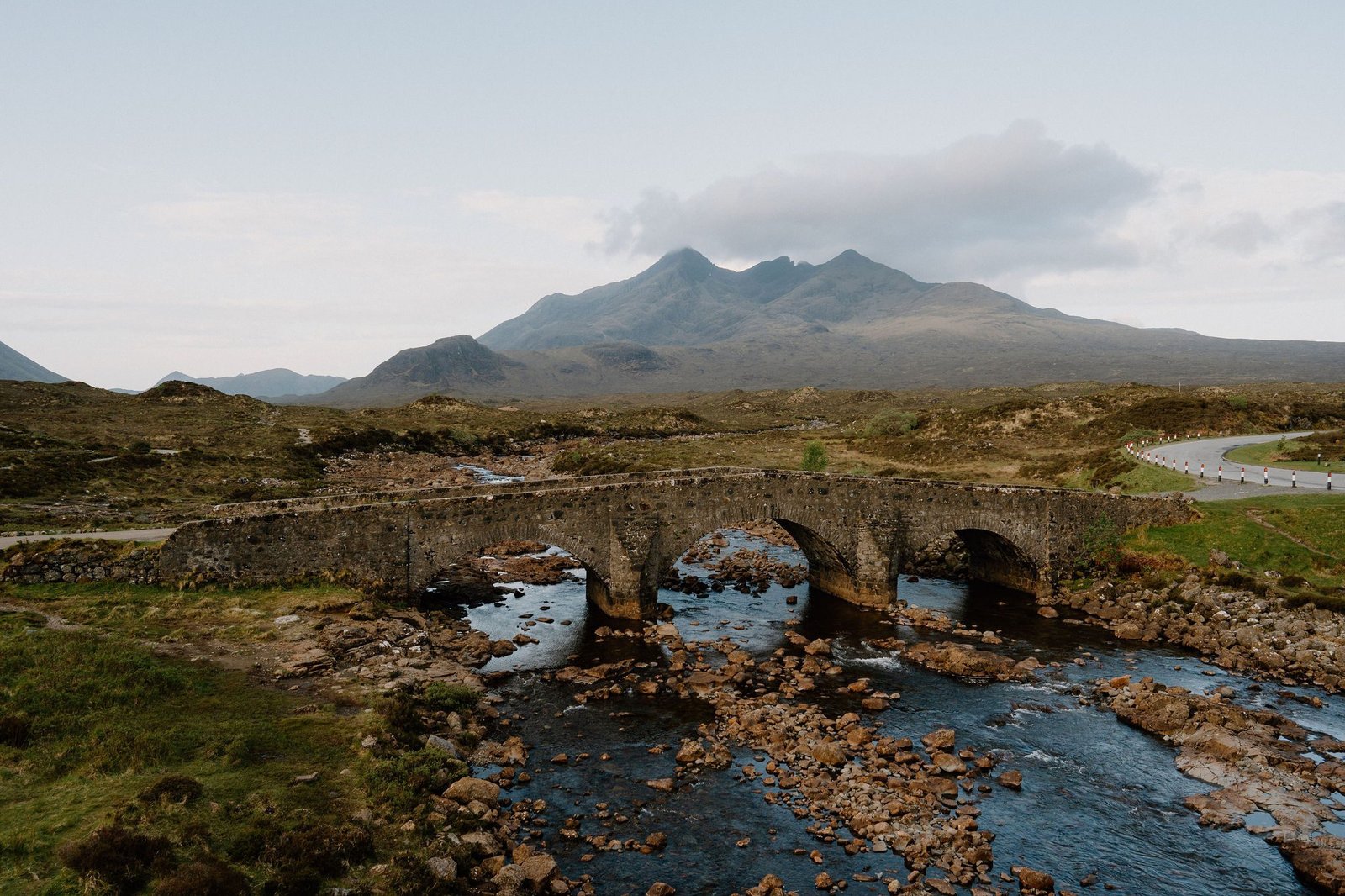