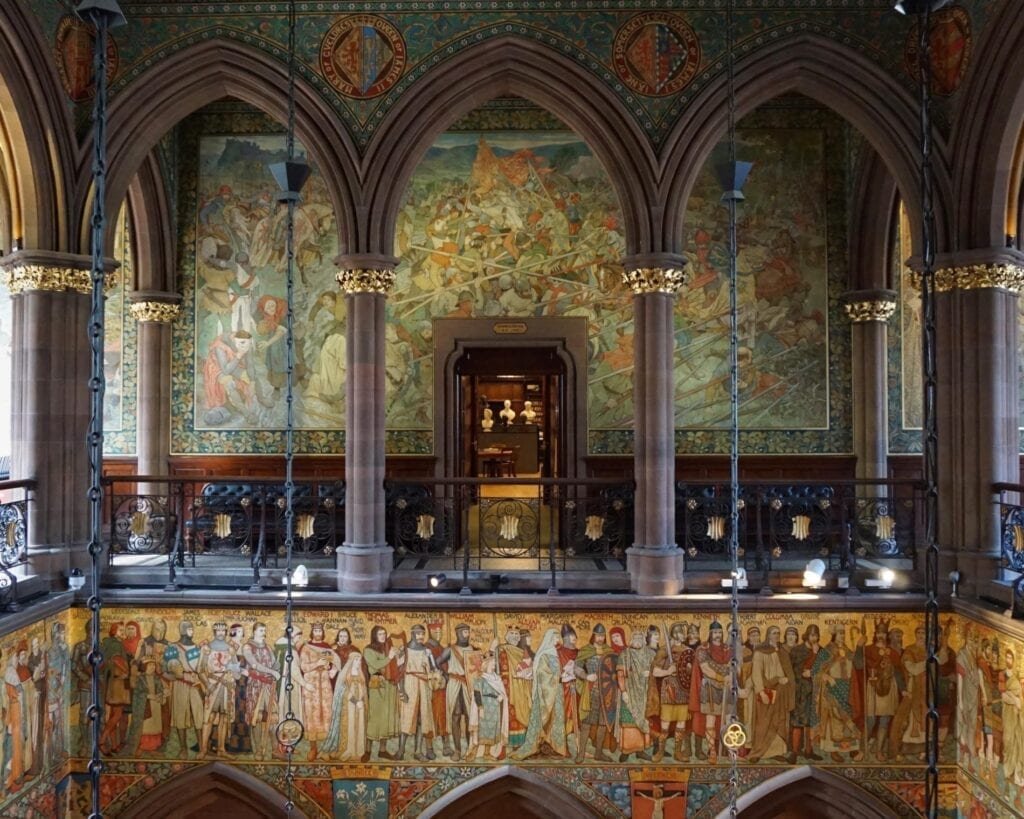 Edinburgh’s New Town is often regarded as a masterpiece of Georgian town planning, however, towering in defiance at the east end of Queen Street is a magnificent red sandstone neo-gothic building that stands out amongst the grey sandstone Georgian homes. The building is home to the Scottish National Portrait Gallery which opened to the public in 1889 as the world’s first purpose-built portrait gallery. With many visitors flooding to the Scottish National Gallery on Princes Street, I often feel the Scottish National Portrait Gallery is overlooked which is a shame as it is a wonderful place to spend an afternoon and houses one of my favourite hidden gems in Edinburgh. 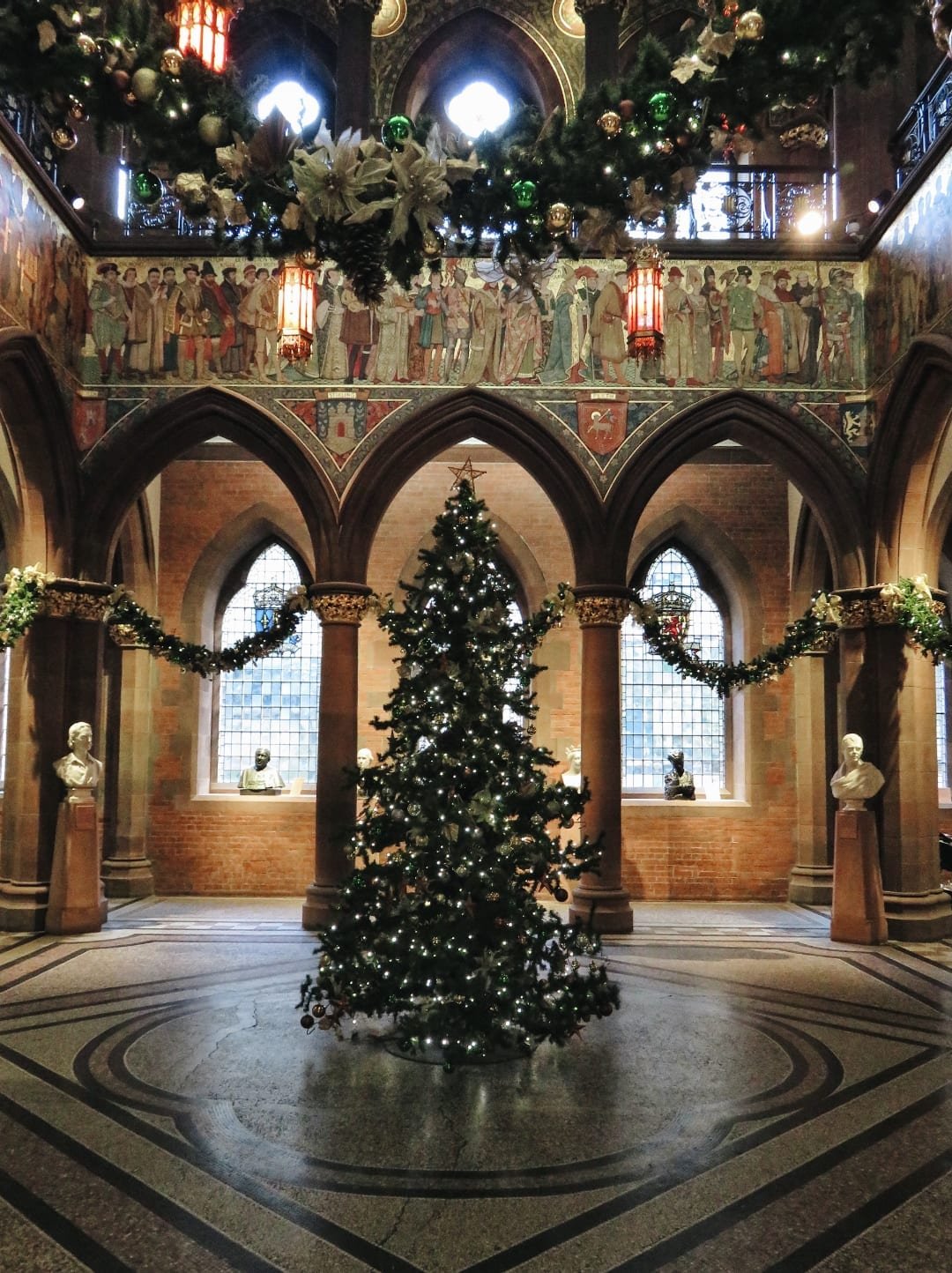 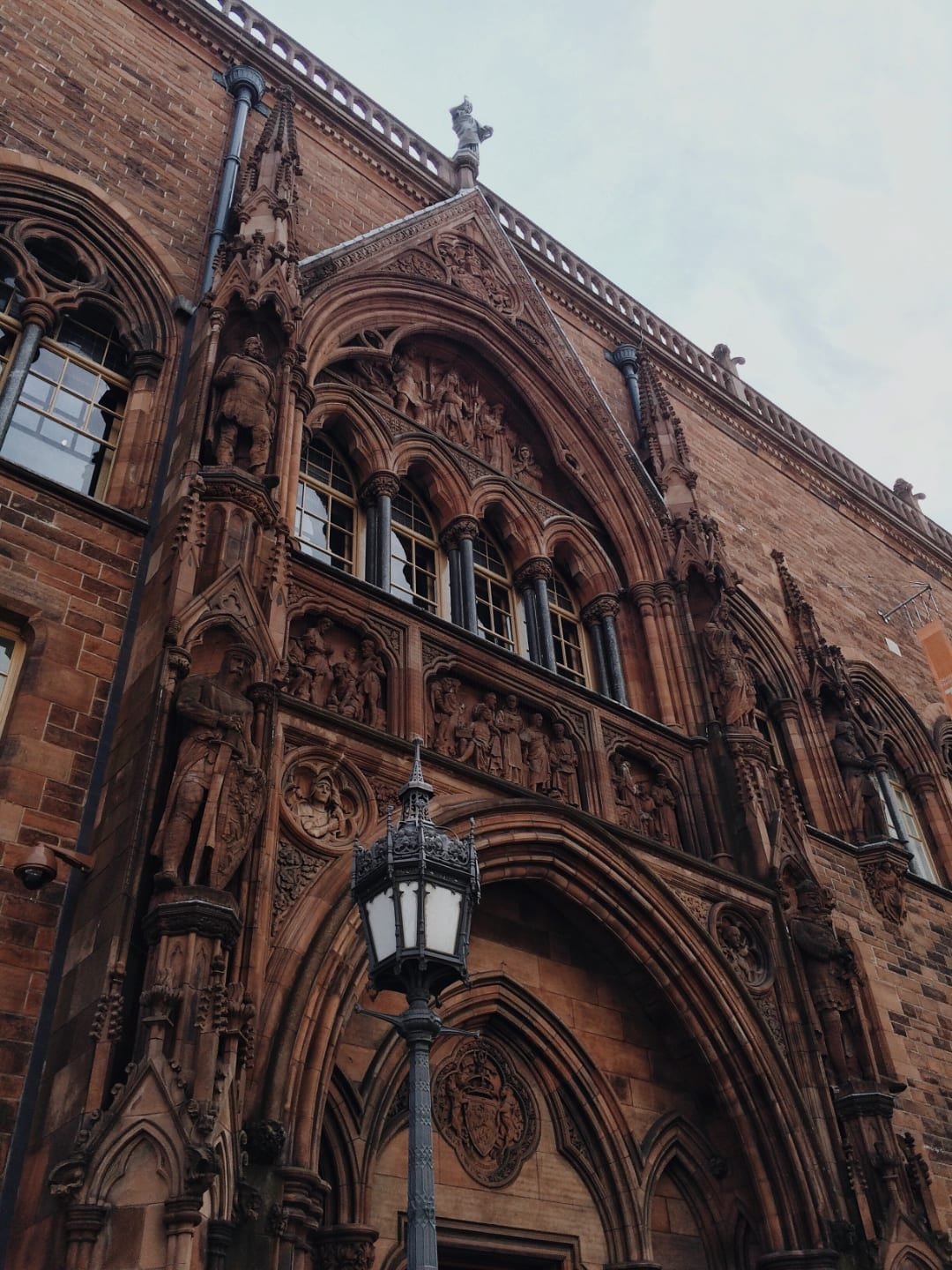 The gallery was designed as a shrine for Scotland’s heroes and heroines so as you approach the building, you’ll notice that the outside is adorned with thirty-one figures from Scottish history with William Wallace and Robert the Bruce guarding the entrance. As you enter, the Great Hall lies straight ahead of you and is a work of art in itself.

Where several artists contributed to the exterior of the building, William Hole was selected to work on the Great Hall with the task of creating a beautiful space that would also inspire visitors to learn about Scotland’s vibrant history. Despite having visited the gallery many times over the years, I still enjoy pausing for a moment in the centre of the Great Hall to admire the room’s elaborate decoration. A magnificent frieze adorns the first-floor balustrade which was designed as a visual encyclopaedia and features a procession of key figures in Scottish history such as David Livingstone, Adam Smith, Mary Queen of Scots, and Robert Burns. Speaking of Robert Burns, there’s also a life-size marble statue of Scotland’s National Bard positioned to be one of the first sights you see as you enter the room. 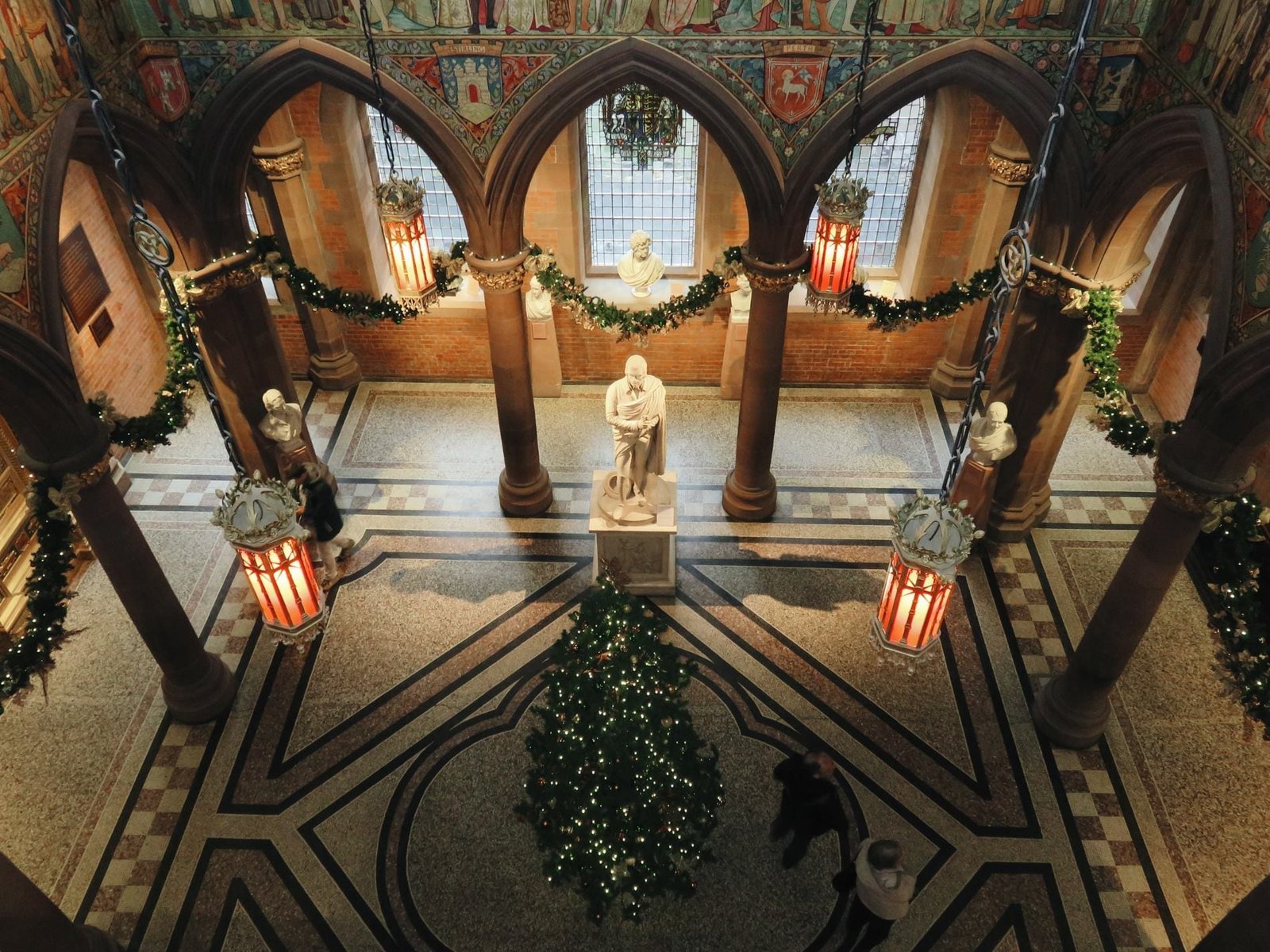 You’ll spot another impressive feature of the room if you look up to their beautiful astrological ceiling decorated with over 2,000 golden stars (many of which have been ‘adopted’ to raise funds for the gallery). This was designed as a representation of the night sky in the northern hemisphere. If you make your way to the first-floor Ambulatory, you’ll get a different vantage point of the stunning hall plus a closer look at the frieze. There are also large-scale murals depicting key scenes from Scottish history, from the mission of St. Columba to the marriage of James the 4th, which adorn the walls of the first-floor balcony. Every time I visit, I notice something different but I won’t share all my discoveries as half the fun is spotting them for yourself, however, I will say my favourite time of the year to visit the Great Hall is during the festive period when the room is decked with garlands and a Christmas tree. 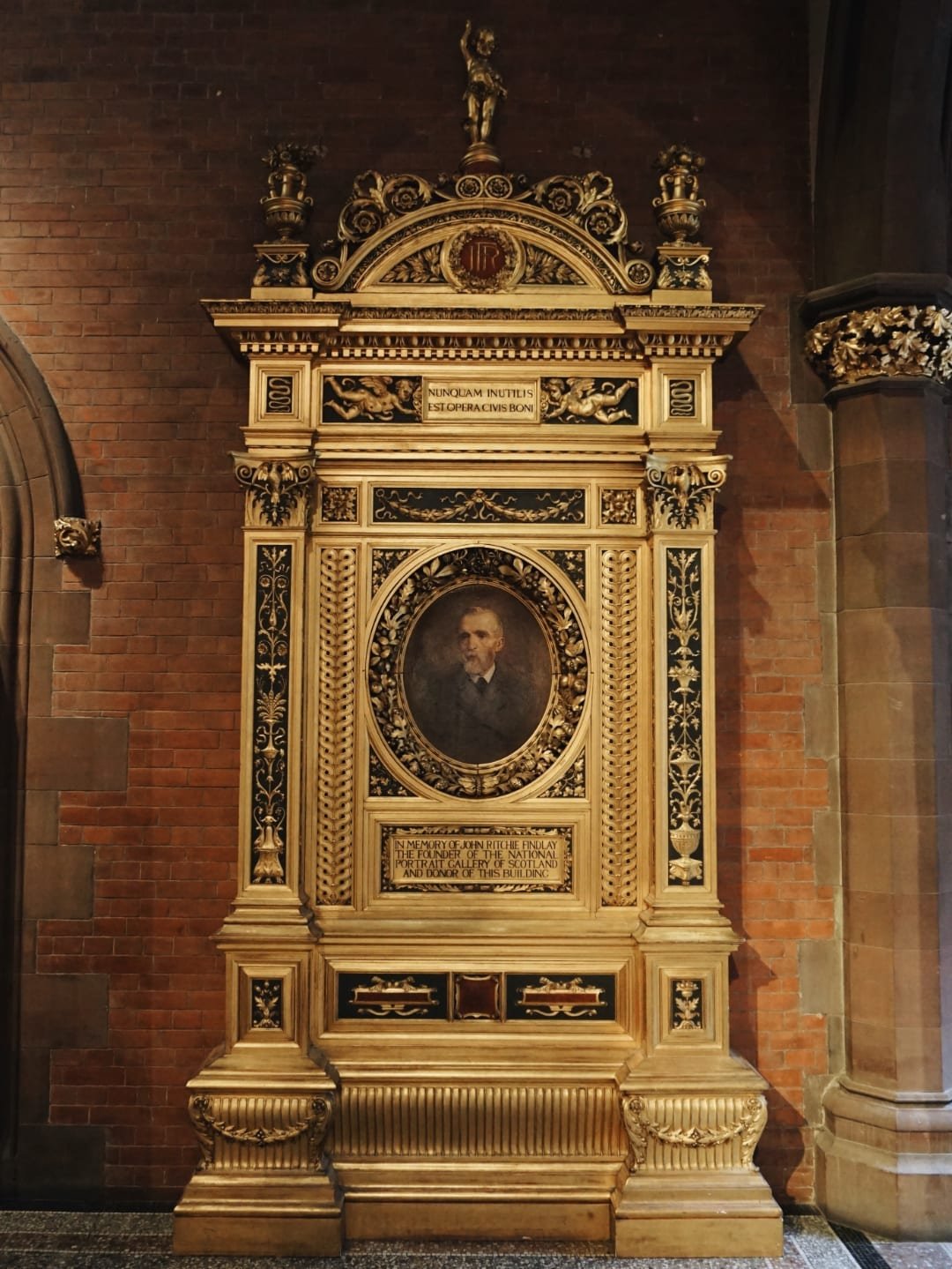 Beyond the Great Hall, there’s a range of ever-changing exhibitions over the three floors to browse; wonderful details to spot dotted around the building, like the commemorative stained-glass windows in the stairwells; their popular café, Cafe Portrait; and a lovely gift shop! 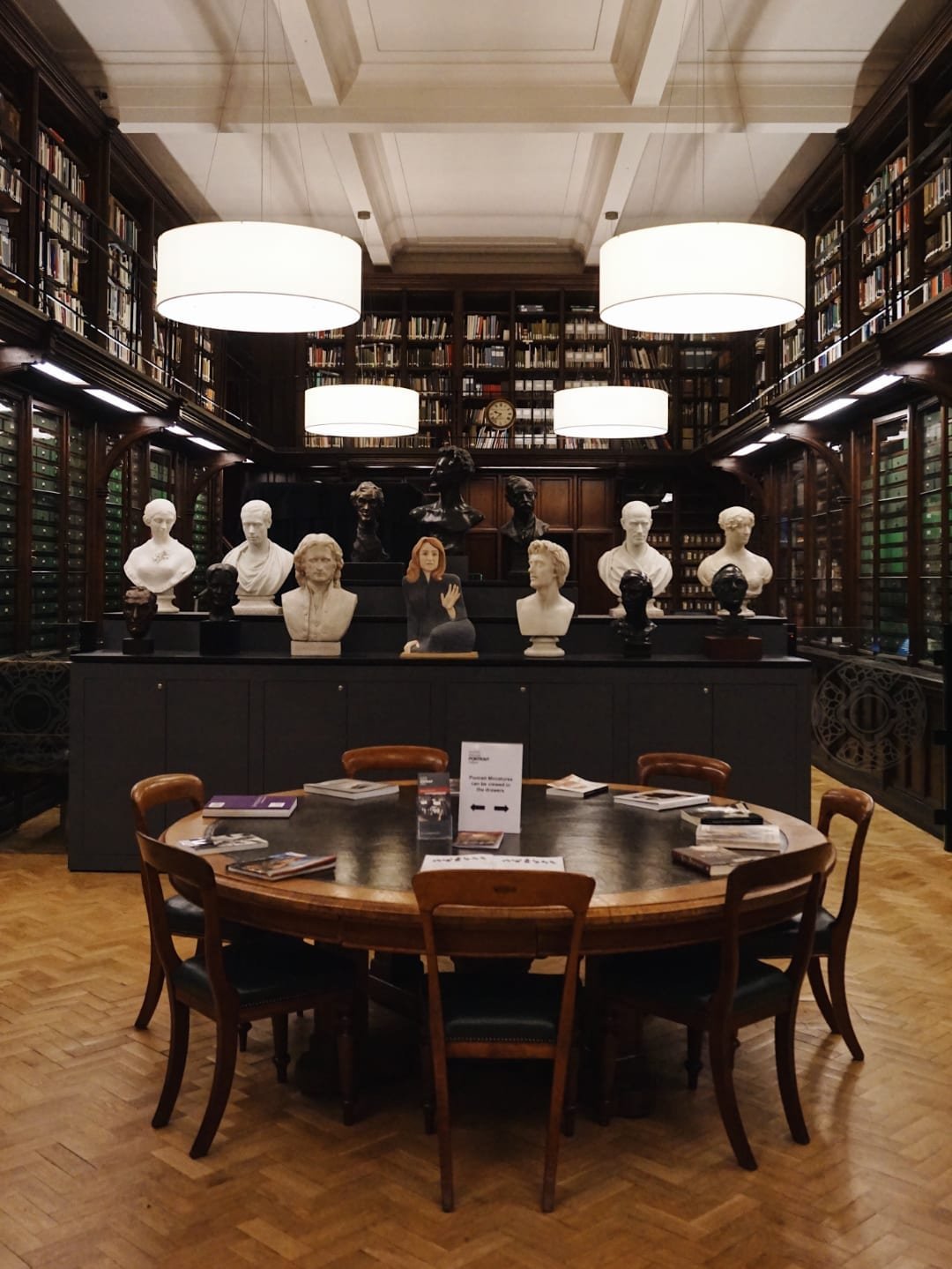 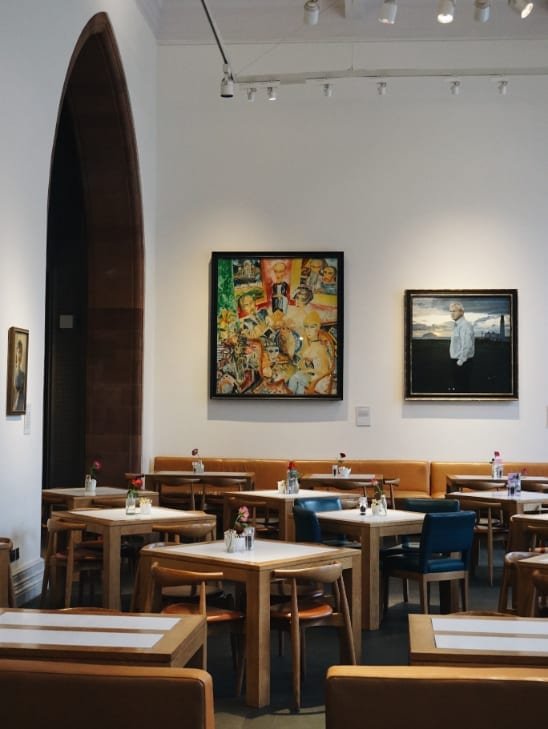