17th century Scotland was a dangerous place, not only due to religious strife and violence but also the hundreds of ruthless witch trials. Lord George Maxwell of Pollok was one of the most dedicated witch hunters on the west coast. He saw himself as God’s pious warrior and was fanatical in his attempts to persecute the Devil’s army. 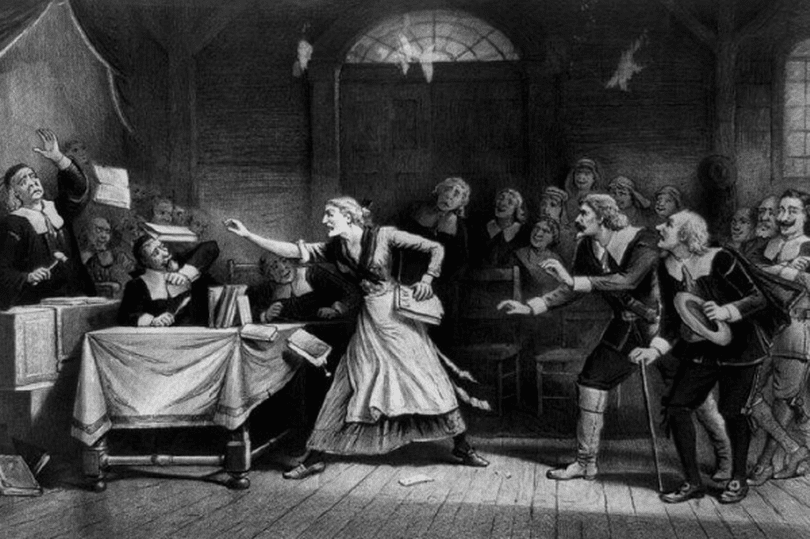 In 1676, Maxwell came down with a sudden, brutal illness. He was overcome with a fiery temperature along with piercing pains in his side and shoulder. It didn’t take long for people to whisper that it was the work of witches, finally getting their revenge. Nobody knew how to cure the ailing lord until a mysterious girl got involved.

Janet Douglas was a young mute who had become friendly with Maxwell’s daughter. She communicated through actions and symbols but told people very little about herself. Then one day, the mute girl indicated that she knew what was wrong with Lord Maxwell. He had been bewitched by a local named Janet Mathie because Maxwell had once punished her son harshly. The illness came from a wax effigy of the lord that Mathie had made and stabbed with magical pins.

Leading armed men to confront Mathie, Janet boldly walked inside her house and plucked out the effigy from its hiding place. They found pins buried deep in both the shoulder and the side, so Mathie was duly arrested. After the offending pins were removed, Maxwell seemed to recover but only for a short while.

Before long, the witch hunter was suffering once more and Janet pointed the finger at Mathie’s son. The mute girl led Witch Hunters to his door and inside she discovered another hidden effigy. The boy and his younger sister were both arrested and dragged off for questioning. They protested but when several witch-spots in the form of moles were found on their bodies, the siblings decided to confess.

A fierce witch hunt followed, with another three women arrested and put on trial. The evidence discovered by Janet Douglas along with the children’s confession was more than enough to condemn them to death. All apart from Mathie’s daughter who was deemed too young were hanged and then burnt.

It wasn’t enough to save Lord George Maxwell who died from his illness shortly after. Janet Douglas had newfound fame as a witch hunter, even though she was never able to explain how she knew where to find those effigies.

Janet even rediscovered the power of speech and used it to condemn more people of witchcraft around the country. The Privy Council in Edinburgh were less convinced than the local magistrates and labelled Janet a nuisance rather than a benefit to society.

She was exiled from Scotland, to spend the rest of her days overseas but no matter how large the bribe, no ship’s captain would risk carrying a woman of her reputation.