Craigievar Castle in Aberdeenshire is one of the most instantly recognisable buildings in Scotland. Its pink-harled walls and conical turrets stand out amongst the rolling, green Aberdeenshire hills as if visitors have intruded on a fantasy film set. It might look like something from a fairytale, but this castle holds some less than child-friendly stories.

The Craigievar estate was purchased by William Forbes in 1610 after making his fortune trading around the Baltic Sea. Often said to be one of the most authentic Scottish tower houses, Craigievar Castle has barely changed over the centuries. With no artificial lighting in the upper levels, the rooms are viewed exactly as they would have been 400 years ago.

William the builder’s grandson was known as the Red Sir John Forbes, named both for his vivid hair colour and his fiery temper. He was quick to anger and slow to forgive, especially when it came to his family. One day, when Red John thought that he was alone in Craigievar, he heard the sound of light footsteps and hushed giggling coming from the bedroom above him.

Always ready for a fight, John climbed the stairs with sword in hand and burst into the room to find his daughter in bed with a son of their Gordon neighbours. The Gordons were the Forbes’ sworn enemies, the two families had been at each other’s throats, fighting over control of Aberdeenshire, for generations. Sir John would have been furious no matter who the boy was, but being a Gordon, he truly saw red. Without even the chance to put some clothes on, the young Gordon found himself fighting for his life. No match for Red John, the boy quickly found himself backed up against the bedroom window and given two choices. He could either be run through by the sword pressed up against his chest, or he could take his chances by jumping from the window.

If he survived the 5th-floor fall then he would be free to limp back to his father, naked but alive. As the sharp tip of the sword drew a little blood, the Gordon boy knew he would have to take that risk. Unfortunately, the 50-foot drop onto solid stone slabs turned out to be a death sentence, one more victim of Red John’s temper.

That wasn’t the last time his daughter would see her Gordon lover though. The boy’s violent demise resulted in a restless spirit that would continue to haunt that bedroom. In an attempt to stop his ghost from climbing back inside, John covered up the window the boy was forced out of. Light can still be seen peeking through from the window behind the bed panel.

The effort was in vain though and the boy continues to haunt Craigievar Castle to this day. Visitors, usually men, tend to find their clothes being tugged by an unseen hand inside the Blue Bedroom. Clearly, the ghostly Gordon is just as naked as the moment that he died and is desperately grasping to find some decency. 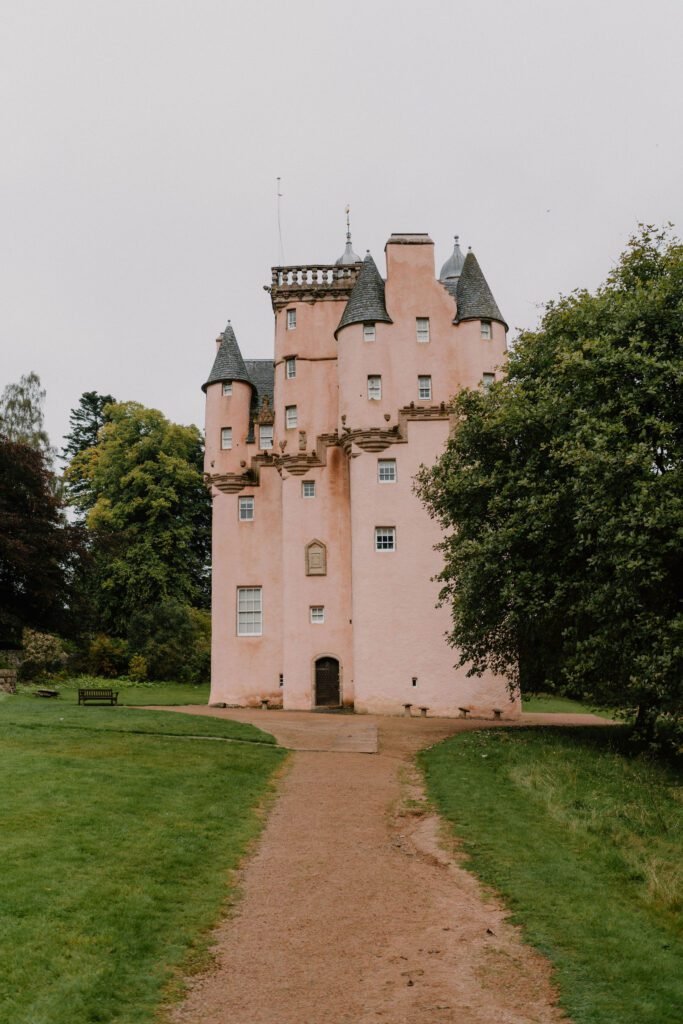