When plans for the Glenfinnan Viaduct were first mooted in the final years of Queen Victoria’s reign, “a great outcry was raised at the desecration of so historic and beautiful a spot…by so ugly and commonplace a structure as a railway viaduct.” Through the lens of history, we now view the quarter-mile bridge as an engineering marvel which ushered in a new era of civil construction projects. Today Glenfinnan is considered one of the most scenic railway locations in the world.

The Glenfinnan Viaduct stretches 416 yards along an elegant curve rising 100 feet above the head of the River Finnan Valley in Inverness-shire.

The Glenfinnan Viaduct remains in use to this day. Its continued viability is due to its groundbreaking construct. The Hogwarts Express passed this way in several the Harry Potter movies. The locomotion’s real identity is the Jacobite, the steam train which runs over the 21 arches daily from Good Friday to the end of October each year.

If running to time, today’s trains will pause upon the bridge to offer passengers views of the stunning surrounds, and with a turn of the head, to the back of the train upon the curve.

The jaw-dropping panorama, framed by the Highlands, takes in Loch Shiel and the iconic Glenfinnan monument, erected in 1815 as a tribute to the Jacobite uprising which rallied behind Bonnie Prince Charlie in his doomed bid for the throne. 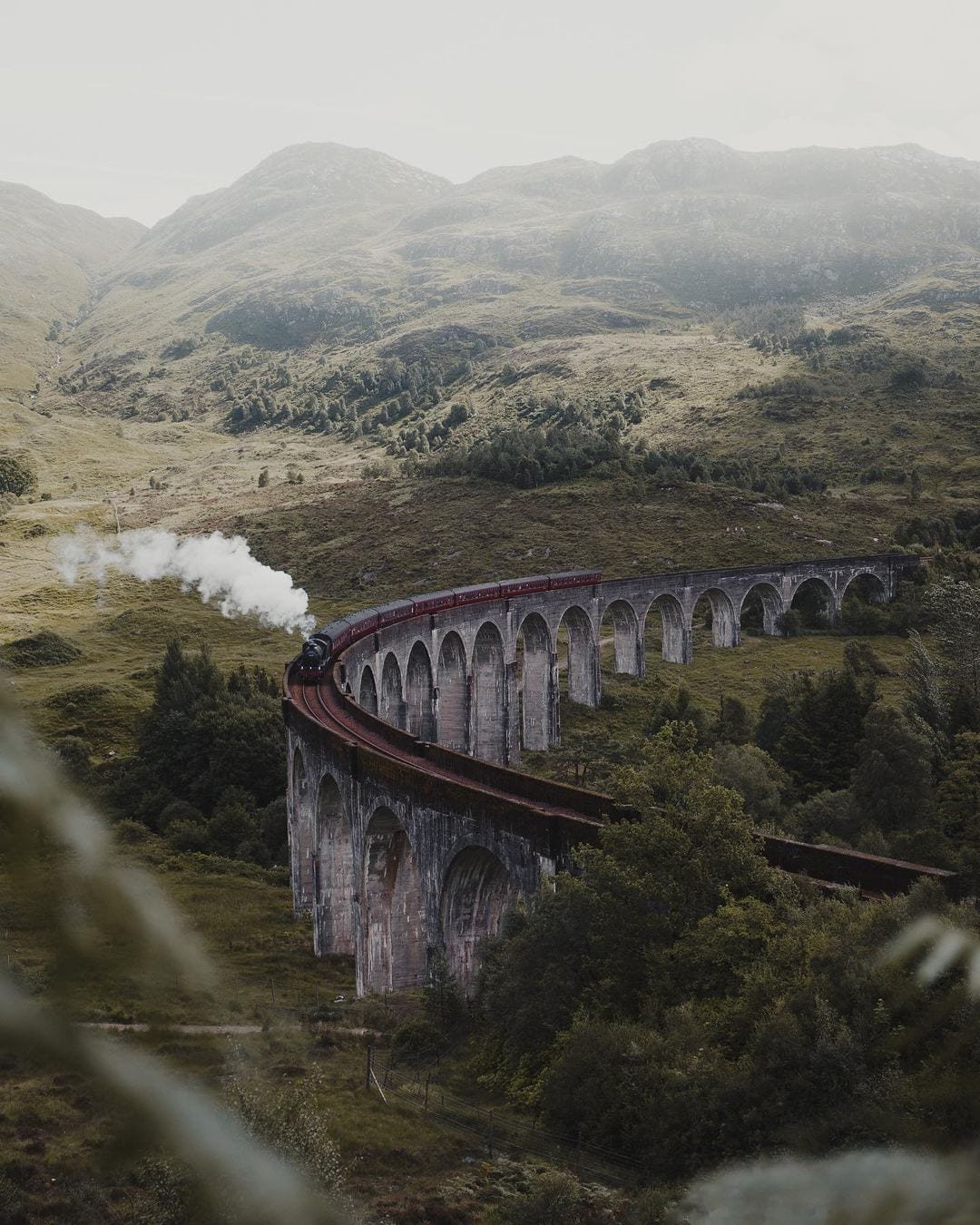 The Glenfinnan Viaduct was built in the 1890s as part of the West Highland Railway (the “Iron road to the Isles”).

The Glenfinnan span was part of an extension which received Royal Assent in 1894 after years of wrangling. The route was built to support the fish trade by linking the port of Mallaig on the north-west coast to Fort William, some 40 miles inland. From there, the loaded herring would race south to London and other major markets.

The engineers appointed to the project were Simpson and Wilson of Glasgow. The partnership specialised in railway work and was also overseeing construction of the Glasgow District Subway at around the same time.

The actual building of the Glenfinnan Viaduct was undertaken by Robert McAlpine & Sons. “Concrete Bob” himself took a lead role in the works. The firm which bears his name is still seen across the land on construction sites and building projects.

At the time McAlpine was very much involved in his company’s endeavours. He had gained first-hand experience of using concrete in his first railway contract, the construction of the Lanarkshire and Dumbarton line which had been completed a few years prior. 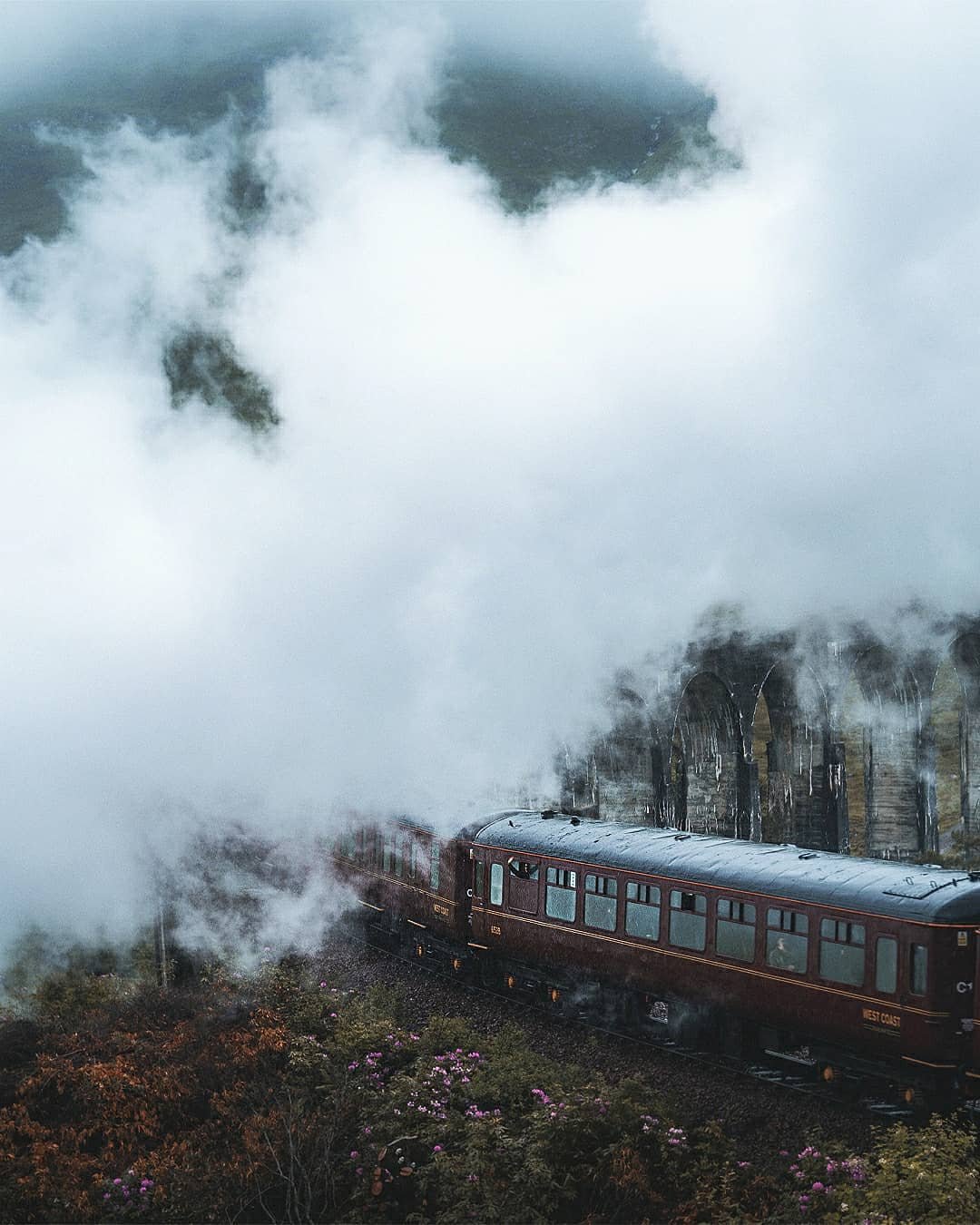 In total, an army of some 3,500 men was assembled to construct the line. Hundreds were injured in the construction of the route, many from crushing, falling or during rock blasting. Malcolm McAlpine – son of Robert – was one of them, hit by a flying stone. His father rushed an eminent surgeon from Glasgow to nearby Lochailort where a camp had been established for navvies working on the railway (2,000 of them lived in the camp huts). The old schoolhouse in the village had been converted into a hospital for the workmen and was staffed by a team of nurses. Malcolm went on to live to the ripe old age of 89.

It is even said that some men died from hypothermia after drinking too much or recklessly injuring themselves while still under the influence. Such was the hard work, hard drink culture that one of the favoured hostelries earned the nickname “the slaughterhouse”. A number of the unfortunate navvies lie in Glenfinnan churchyard.

The single-track viaduct at Glenfinnan spans 21 arches, each 15 metres in length. Its construct is of mass concrete which is non-reinforced. Steel plates were inserted at the heads of the arches to provide additional strength.

A little way from the site of the viaduct, above the nearby road, stands a tree, planted by Queen Victoria when she passed by on one of her visits to nearby Inverlochy Castle in 1873. Her Majesty even paused to draw a sketch of the Glenfinnan Monument. 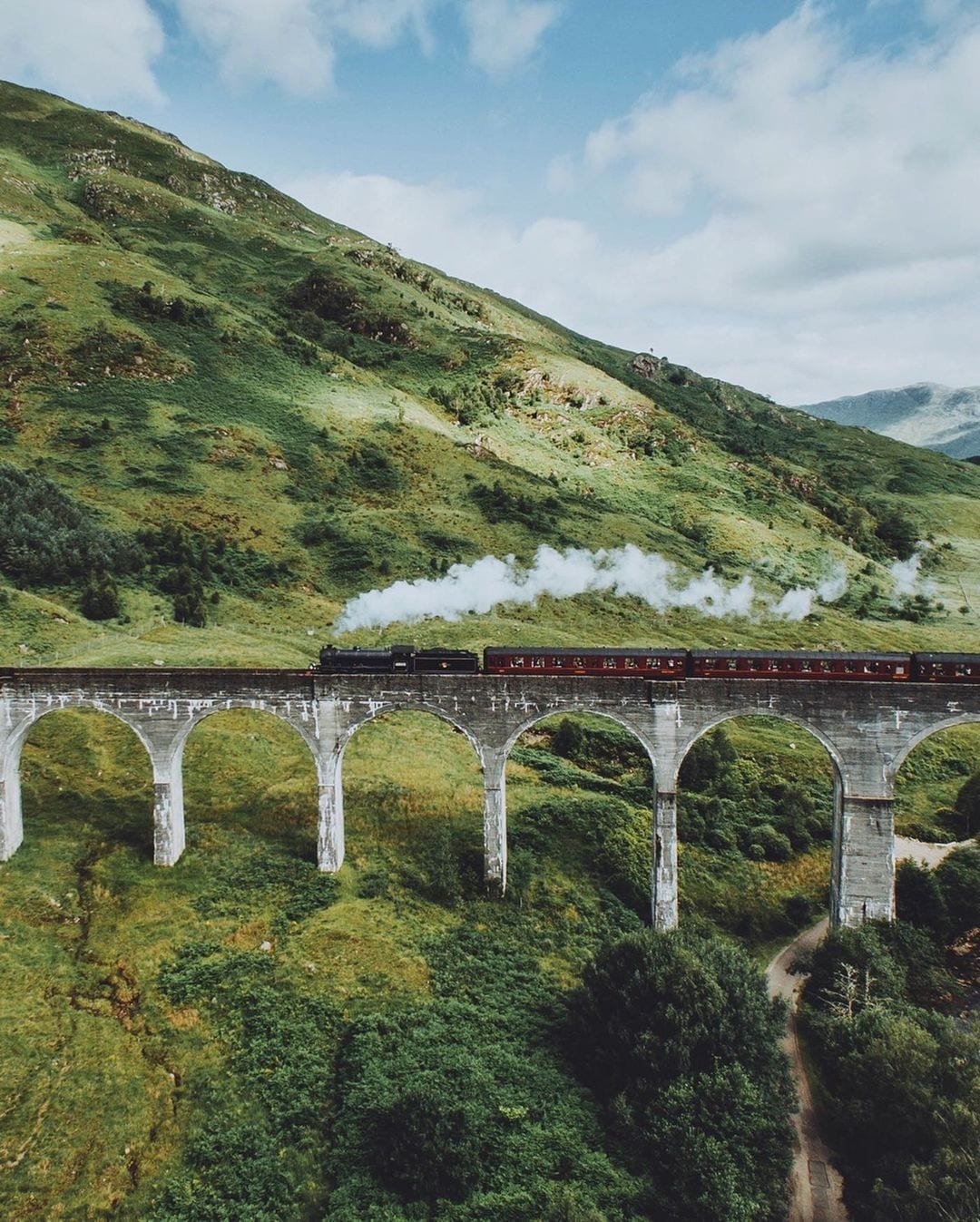 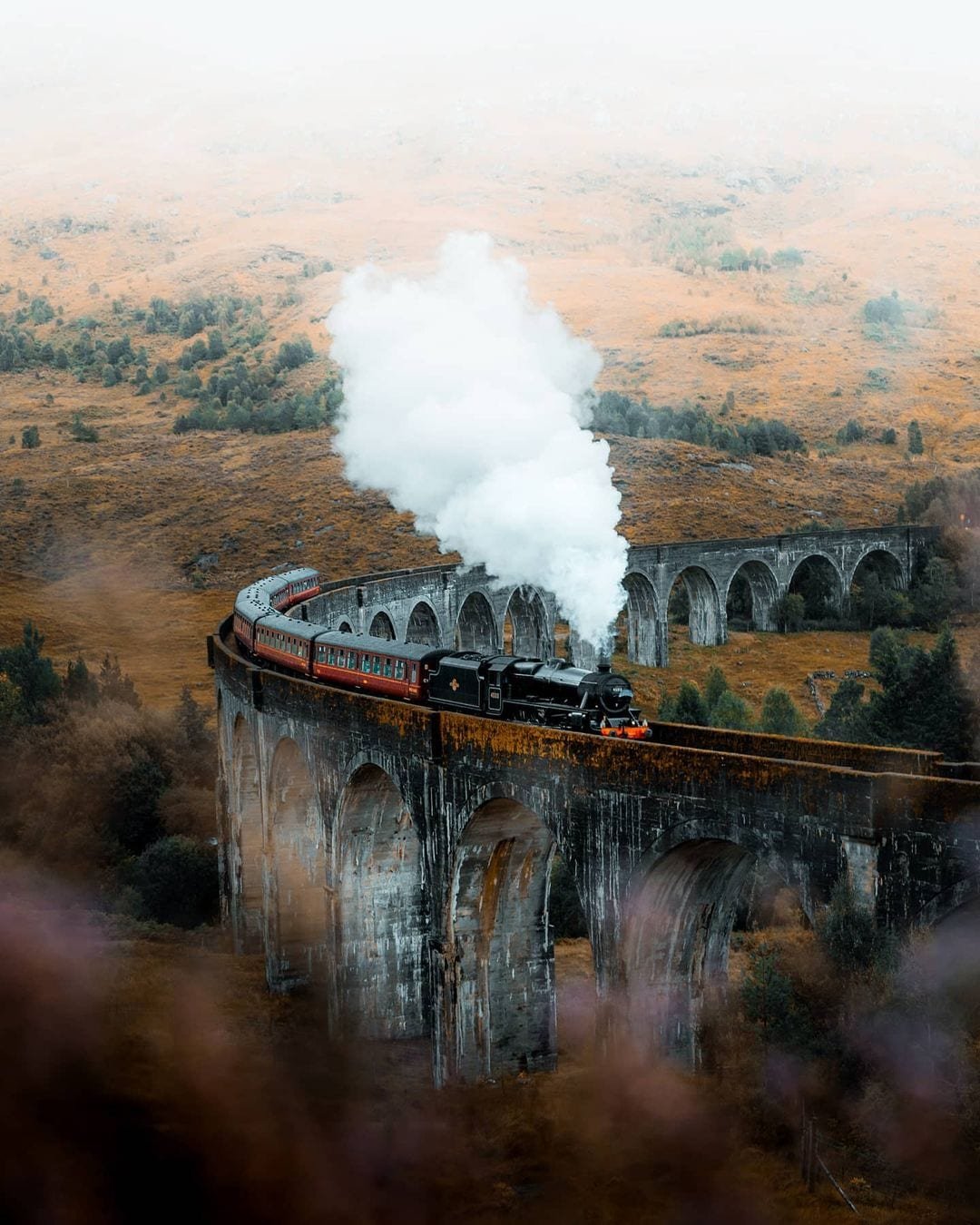