Welcoming the New Year along the rugged cliffs of Stonehaven

Nestled on the rugged coastline of the North East of Scotland, Stonehaven is widely known across the world due to the historical sites and buildings that can be found throughout the town, and the stories of these sites and traditions dating back to the 18th Century that are proudly upheld by the locals. To me Stonehaven is home, always has been and proudly always will.

As we all process the last year filled with a large amount of uncertainty for many, welcoming in 2021 was something to look forward to, something that offered a fresh start, and a burst of positivity that the New Year holds for all of us. To welcome 2021, I grabbed my boots, gloves, hat and camera and set out on an afternoon walk with loved ones to feel the cold, salty air blast the cobwebs and negativity of 2020 away.

Starting at Stonehaven Harbour, we climbed the steep hill that hugs the cliffs known to locals as the ‘Bervie Brays’, the War Memorial was soon in our sights. Taking the path along the jagged cliffs towards the infamous Dunnottar Castle.  As the sun started to set, the sky turned a glorious pink hue that danced across the horizon of the North Sea.

As we took the path meandering along the cliff we met several couples and families alike that like us were marvelling at the beautiful coastline all around us. Many “Happy New Year” wishes and smiles were exchanged as we passed strangers as they too welcomed the New Year with a family walk around Stonehaven.

Dunnottar Castle is a striking view that no matter how many times you have seen it, you can’t help but stop even if for a minute to admiration at the medieval castle, and it’s beauty. It’s dramatic position on the rugged cliffs and the coastal views are just some reasons that Dunnottar Castle is one of Scotlands most famous castle ruins.  Dunnottar Castle is also infamous for being the location where the Honours of Scotland, the Scottish Crown Jewels were hidden from Oliver Cromwell’s army in the 17th Century and has seen several historical figures such as Mary Queen of Scots visit the medieval fortress. To this day people all across the world visit Stonehaven to immerse themselves in the beauty and history that Dunnottar Castle holds.

As the sun was retiring for the day and disappearing behind the trees, we headed back towards the Harbour.  The lights bounced off the calm sea as it settled into its home within the harbour walls, and the boats ever so slightly moved and bobbed with the small movements of the water. The calmness of the water I hope reflects what is to come in 2021, calm, peaceful, settled. I think after the difficulties and challenges of 2020, I think that is something the whole world is craving. 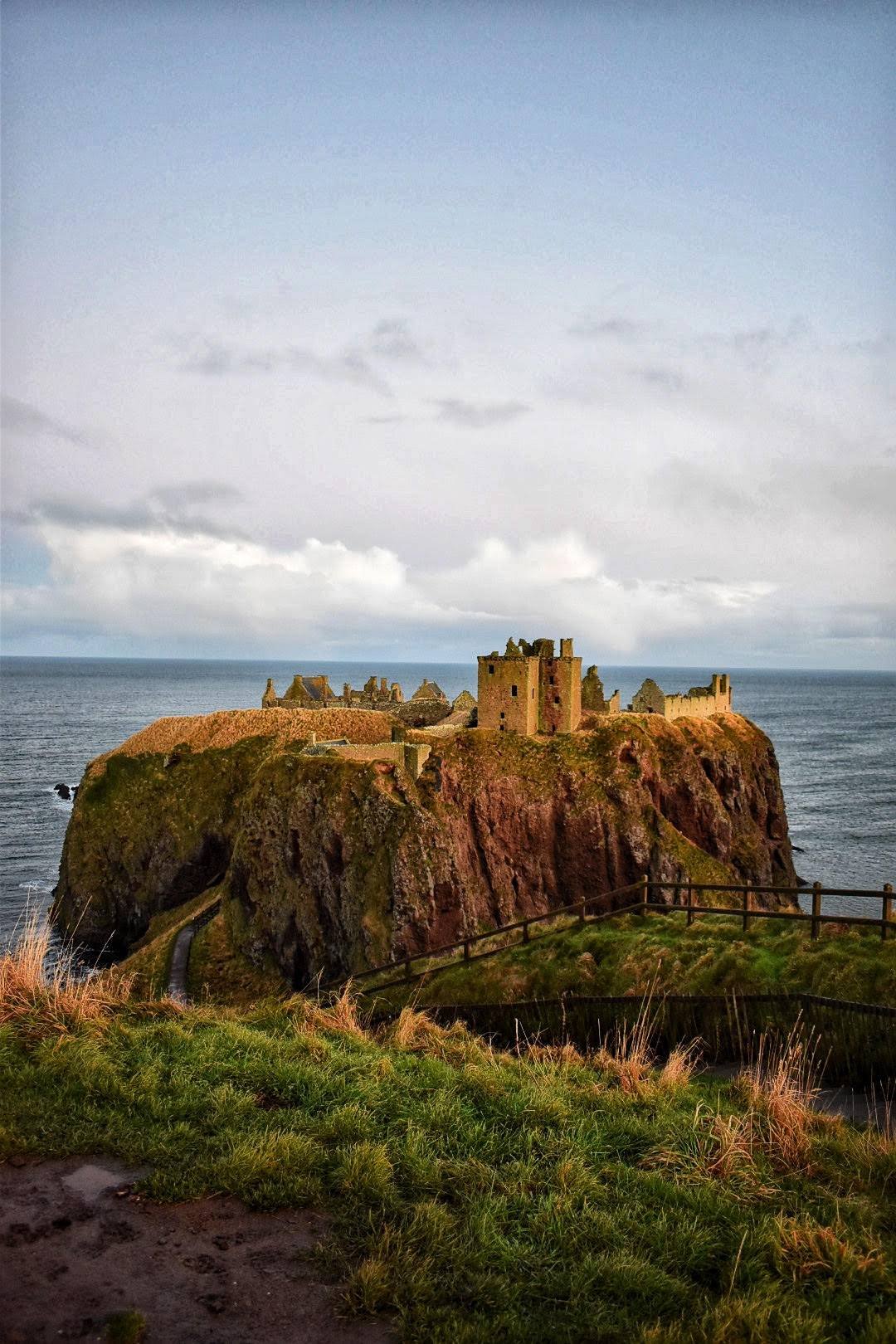