Walking the Ring of Brodgar

Walking the ring of Brodgar

Let’s go for a stroll around one of the UK’s most significant, striking and mysterious archaeological sites…

Approaching the site as you walk along the meandering loch-side path, you’ll catch your first glimpse of the Ring of Brodgar. From a distance the ring of stones appear as a row of dark silhouettes jutting out from the gently sloping hillside into the open sky. Taking in your surroundings, it is easy to see which this location might have been chosen for a monument of such importance. The stone circle feels as if it sits in the centre of Orkney, surrounded by imposing hills, low fields, and lochs on either side. As you move closer to the site’s entrance, the true scale of the megalithic circle is gradually revealed. 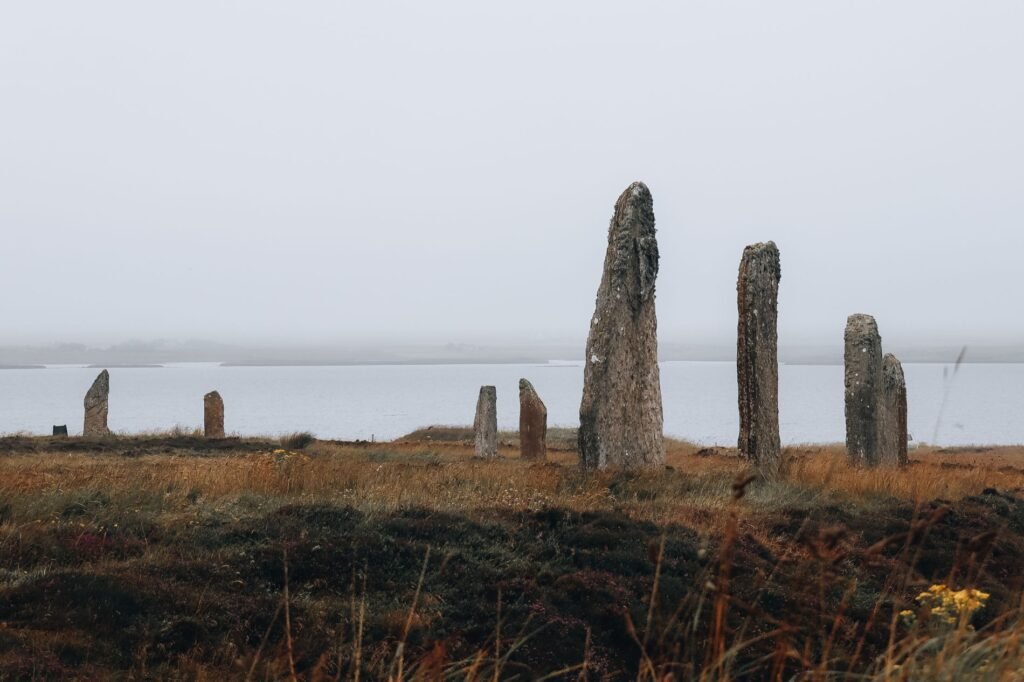 The Brodgar ring is the third largest stone circle in the British Isles, covering an area of 8,435 square metres and originally comprising 60 stones arranged in a near-perfect circle. Today just 27 of the original stones remain, one of which is only just standing after being split vertically by a bolt of lightning on June 5, 1980. The interior of the Ring of Brodgar has never been fully excavated, or scientifically dated and so the monument’s actual age remains uncertain. However, it is generally assumed to have been erected between 2500 BC and 2000 BC, making it the most recent of the Neolithic monuments located in Orkney’s world heritage site.

The purpose of such an impressive site also largely remains a mystery with some theories including uses for ceremonial or astronomical observation purposes. Whatever the true function, it’s clear this place would have been of incredible importance to the people who built it.

The stones are in enclosed by a massive rock-cut ditch with just two entrance causeways, one to the north-west and the other to the south- east. As you slowly wander the perimeter, you’ll have the time absorb the stunning views across the adjacent lochs with the Hoy Hills looming in the distance and ponder over the mysteries of how and why the site may have been constructed.

The Ring of Brodgar is one of Orkney’s most iconic attractions and understandably one of the most visited, meaning it is often busy with tour busses all through the summer. When visiting the site, my top tip is to visit early in the morning or late in the evening when you’re more likely to have the place to yourself. White this incredible site is magical in all circumstances, finding yourself completely alone amongst the megaliths as the sun rises or sets, is an experience truly in a league of its own! 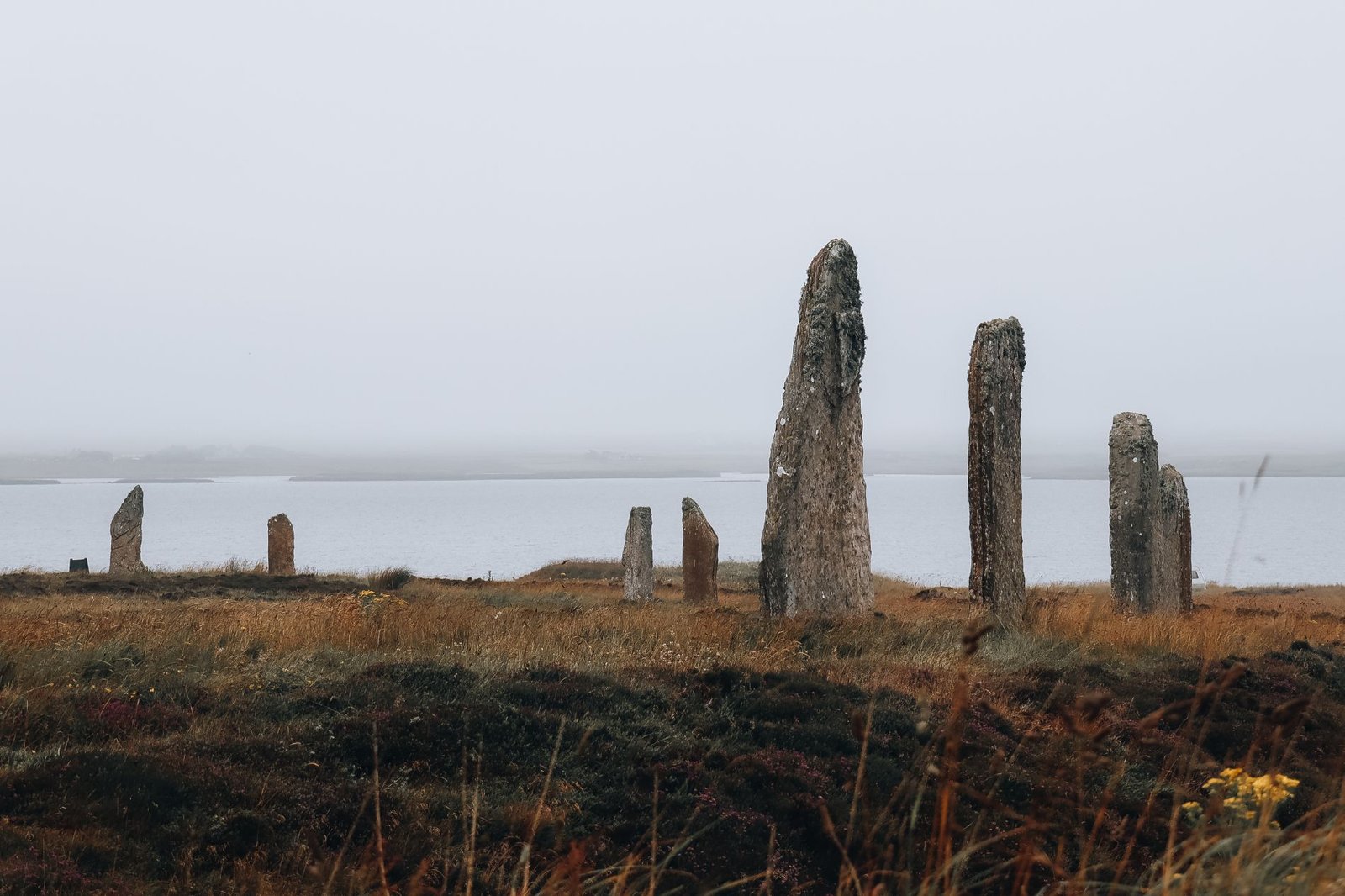