Known as New Slains Castle to distinguish it from the old, it overlooks the North Sea, but it is not hard to imagine from the ruins what a fantastic stately home this would once have been. Built in the 16th Century, it too is a typical example of a Scottish tower house and was the seat of the 9th Earl of Erroll. It has been re-built a number of times, the most recent of which was in 1837. It once had magnificent gardens too. 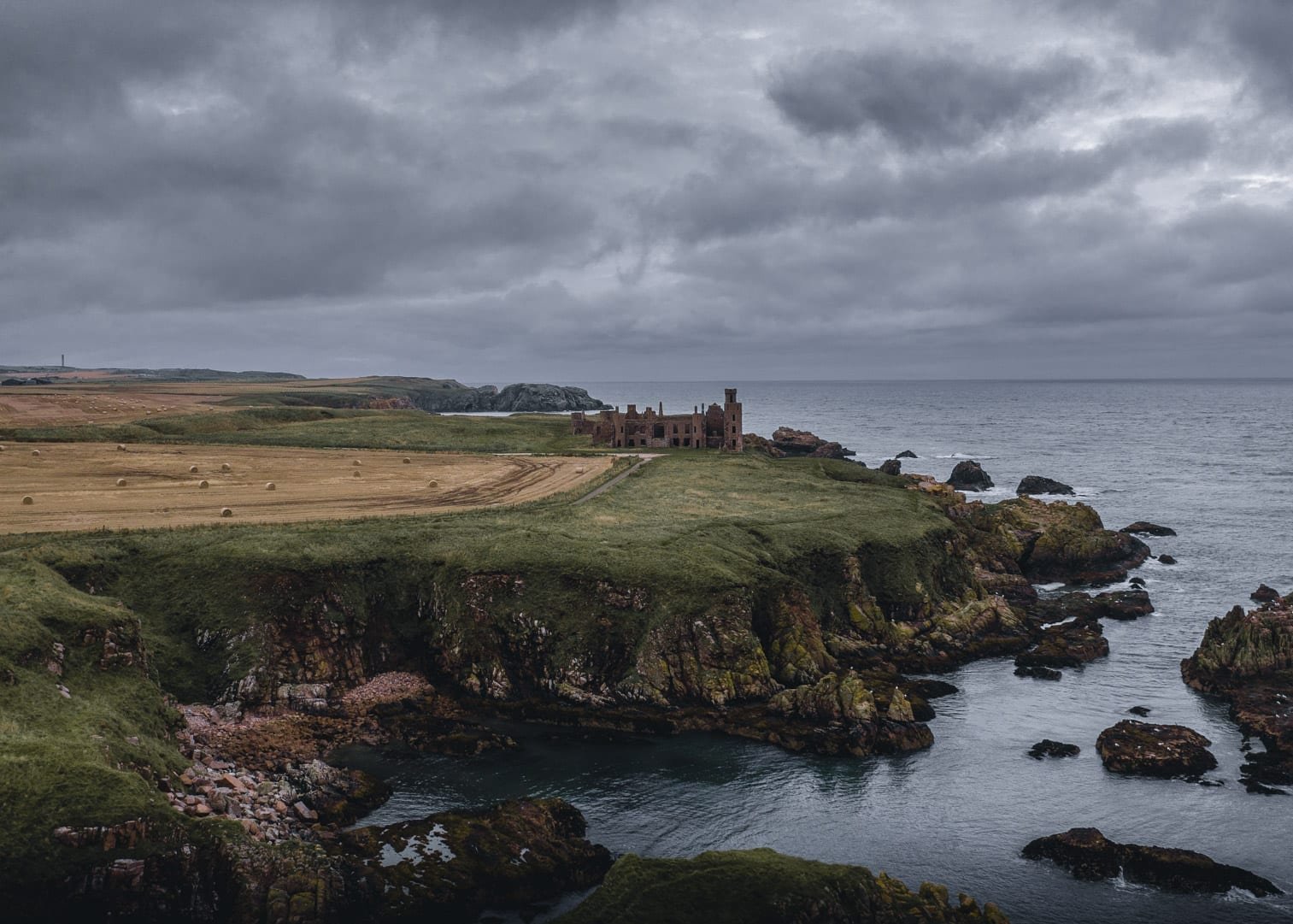