Pennan is one of three little fishing villages that can be found tucked away on the coast between the steep cliff and the sea between Fraserburgh and Banff. It is a picturesque village with one row of white houses and one road. It is most famous for the part the village played in the film Local Hero. In fact its traditional red telephone box has been given listed building status because of the film with people coming from all over the world just to make a call from this famous telephone box. That’s not the only reason to visit this lovely little village though. Call in on a summer’s day and sit looking out across its little harbour or from the pebble beach and watch the dolphins and seals…bliss! 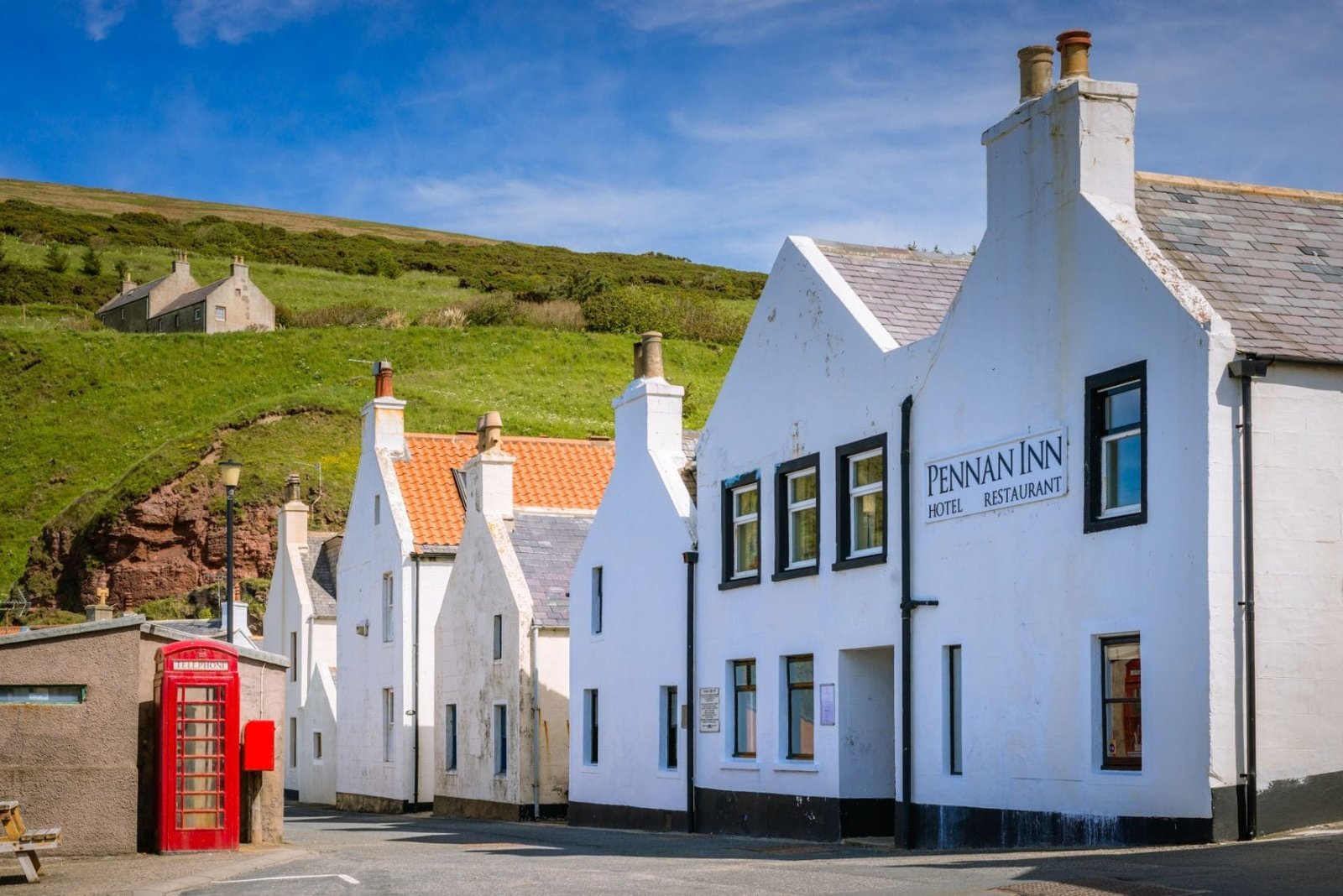