Follow the signs from Port Askaig on Islay to Finlaggan and after only two miles you’ll reach a car park next to the Finlaggan Visitor Centre by the side of Loch Finlaggan. This little Visitor Centre offers you the chance to see artefacts from the two tiny islands on the loch which hold remnants of Finlaggan Castle and evidence of settlements on the islands. These islands were the centre of the Lordship of the Isles. The larger of the two islands can actually be reached via a wooden walkway from here and you can walk around the island. The smaller one used to be reached by a stone walkway from the larger island but this is now no longer reached in this way. 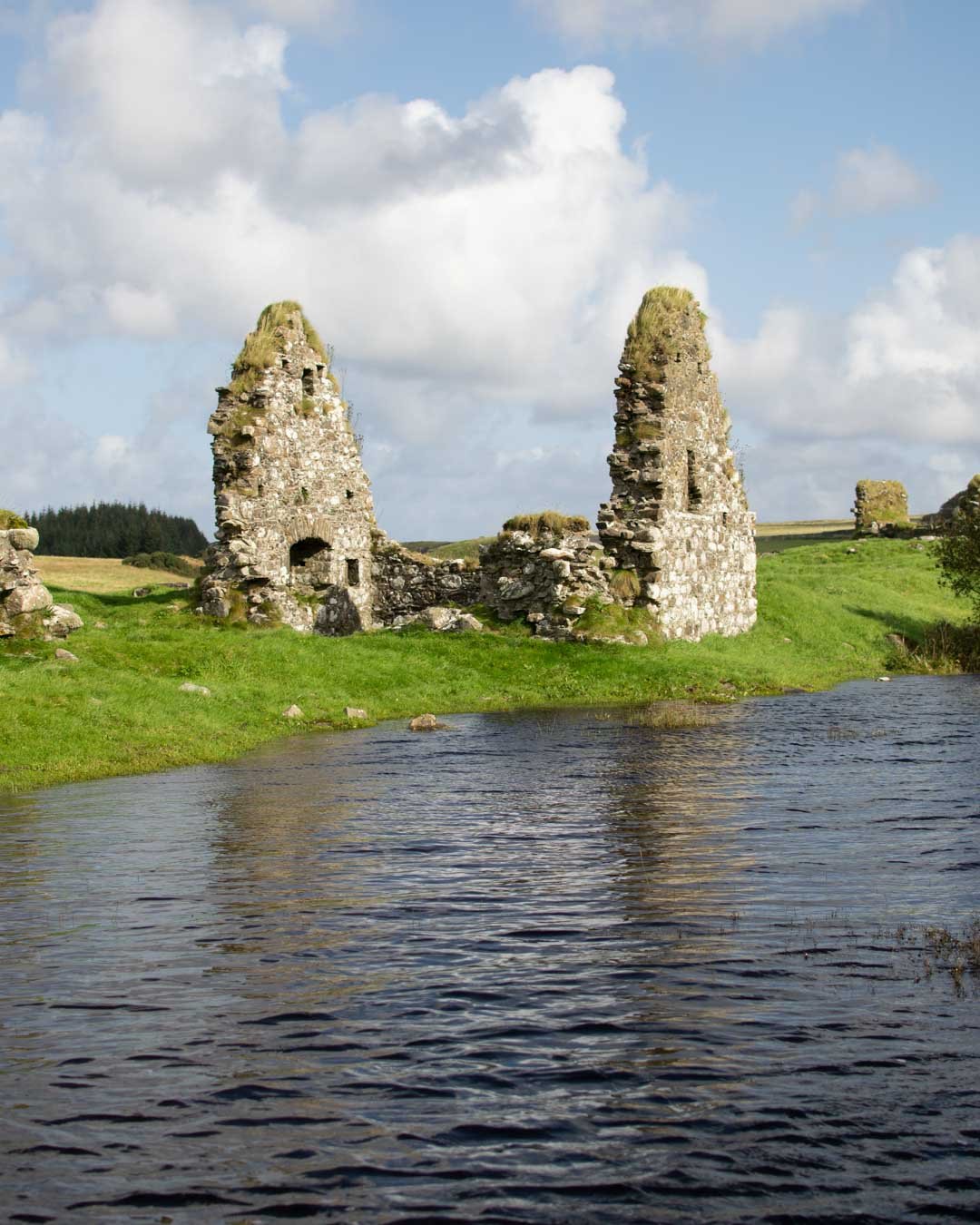