The Siege Of Kelso Abbey

The Siege Of Kelso Abbey

There’s only a fraction of Kelso Abbey still standing, but at its peak, this was one of the most impressive buildings in Scotland. This monastic order became incredibly wealthy from the surrounding Borders farmland, but Kelso’s prime location would soon become more of a curse than a blessing.

Founded by King David I in the 12th century, the abbey was just a stone’s throw from the Royal Burgh of Roxburgh, a town that has now completely disappeared. Designed to be the centre of power for the whole south of Scotland, the area was protected by the formidable Roxburgh Castle.

The monks of Kelso Abbey should have felt secure with such an imposing stronghold keeping watch just across the river, but it wasn’t always in Scottish hands. They were also dangerously close to the border with England and out of all the Borders Abbeys, that made Kelso the most vulnerable to attack. During the Wars of Independence, it suffered desecration and occupation almost every time an army passed by.

The 16th century saw the most intense period of fighting here and Kelso Abbey suffered greatly. England’s King Henry VIII was determined to marry his young heir Prince Edward to the infant Mary Queen of Scots, hoping that his heirs would eventually gain control of Scotland. The Scottish Parliament saw through his thinly veiled plan and firmly refused the match. 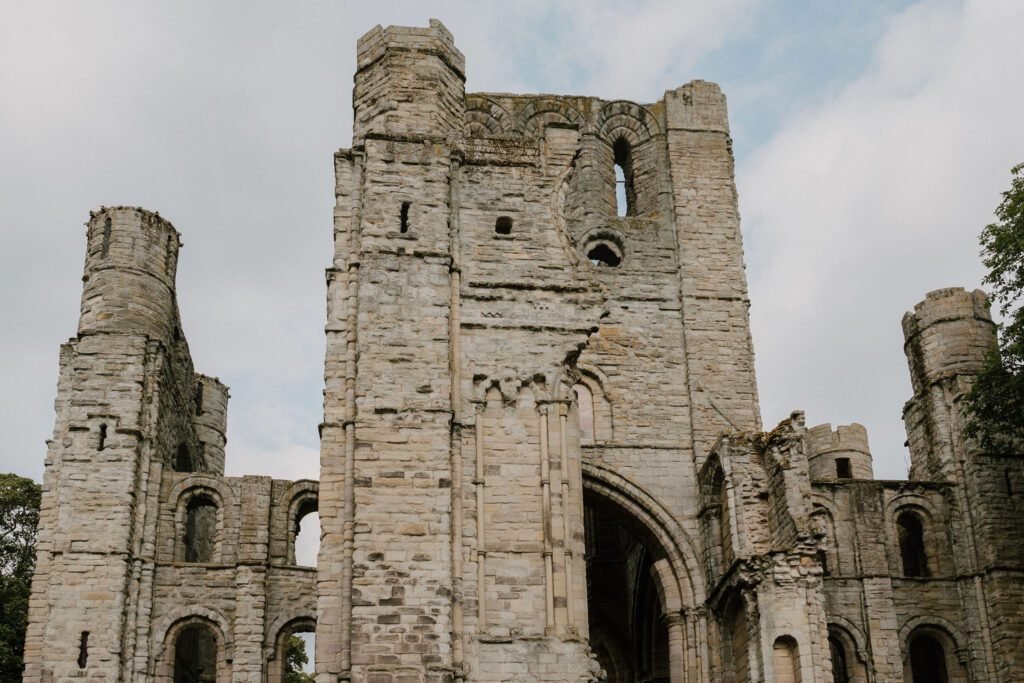 A brutal war followed that would later become known as the Rough Wooing as Henry tried to force the betrothal. The Earl of Hertford led more than one invasion of Scotland, his only aim being to sow as much destruction as possible. Kelso was amongst the first to be attacked but in 1545 the abbey became the scene of some surprisingly strong local resistance.

Hertford’s large army easily took control of Kelso town, but a group of monks and townsfolk had barricaded themselves in Kelso Abbey. This makeshift garrison put up a much better fight than the invaders had expected, firing the few guns they had gathered from the strong abbey walls.

Before long, the English cannons were deployed, the defenders being given one last chance to surrender. They refused and the resulting bombardment forced them to retreat into Kelso Abbey’s steeple, using it like a castle’s keep where they would make their last stand.

Night fell, the attackers disengaged and the small garrison had an important decision to make. They may have survived the first day but most of them knew that there was little chance of victory, their defiance was merely delaying the inevitable. Some accepted it was a lost cause, abseiling down the abbey walls in the darkness to try and sneak through enemy lines to safety.

Only the bravest stayed to fight and the next morning when Kelso Abbey’s last door was breached, everybody left inside was put to the sword. Hertford’s army tore down many of the walls and when the Protestant Reformation made it obsolete only 15 years later, Scotland’s most war-scarred abbey was left as a shell of its former glory. 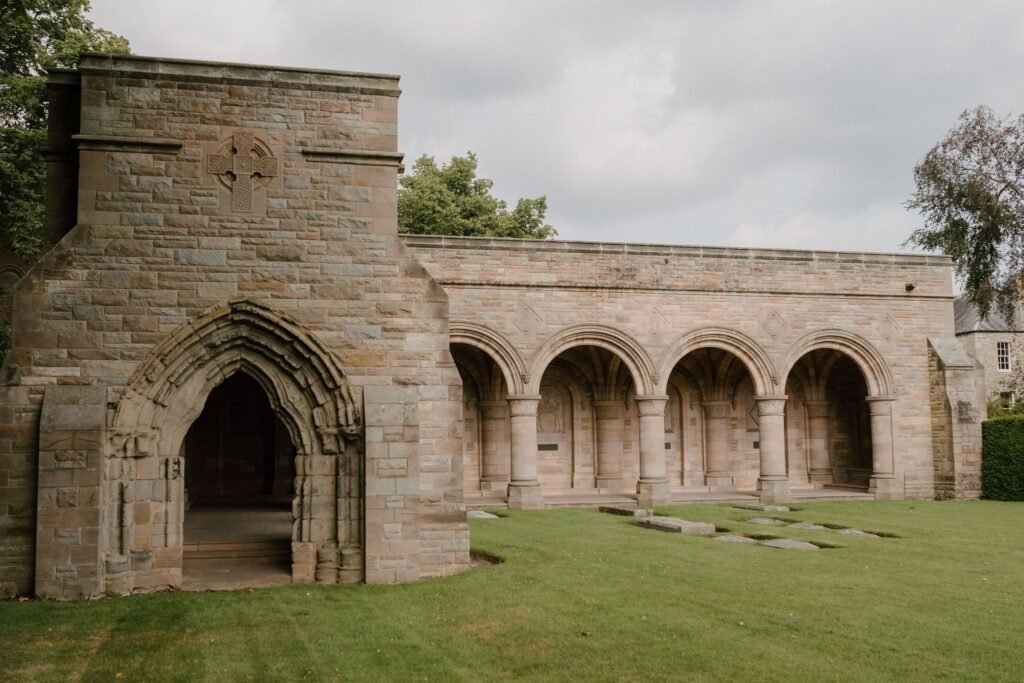 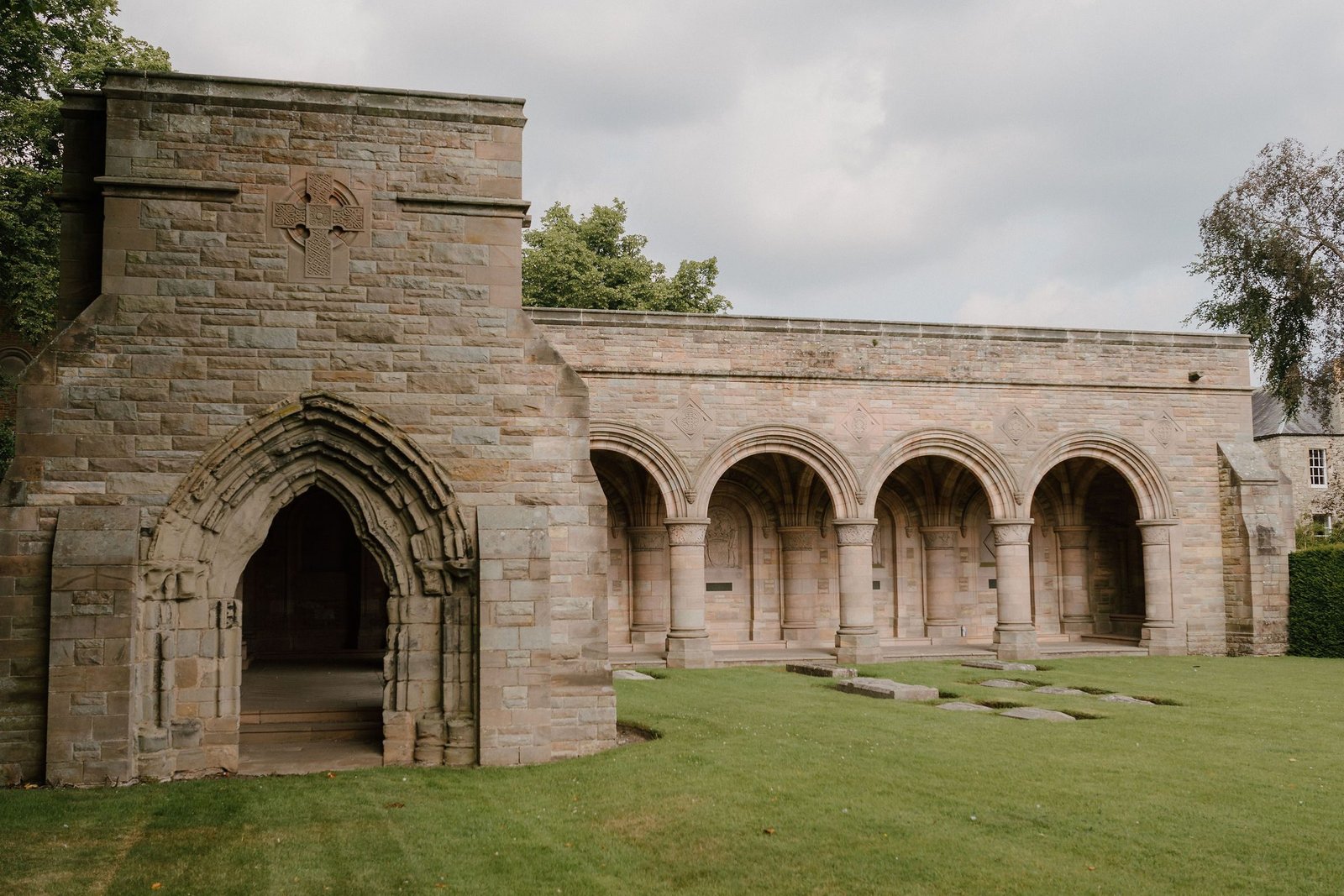