The Hidden History of The Whaligoe Steps

The Hidden History of The Whaligoe Steps

The far north of Scotland is home to many significant, historical harbours. Some large, some small, but none as spectacular as Whaligoe and its steps. All along the Caithness coastline, soaring cliffs are punctured by deep, piercing inlets. With the wild North Sea crashing against jagged rocks, even these narrow gaps could be a godsend for fishing vessels.

The inlet at Whaligoe has a long history, and its name originates from the washed-up whales that would be hauled here for butchering. For centuries the only route down to the water’s edge was little more than a rough track skirting a sheer drop to the sea.

However, when the herring boom gripped Scotland, fishermen looked for anywhere remotely suitable to land their catch. Scotland’s most famous civil engineer Thomas Telford took one look at this natural feature and declared it as an awful place for a harbour, without any commercial prospects. Thankfully, David Brodie disagreed and decided to fund the construction of the Whaligoe Steps in the late 1700s. 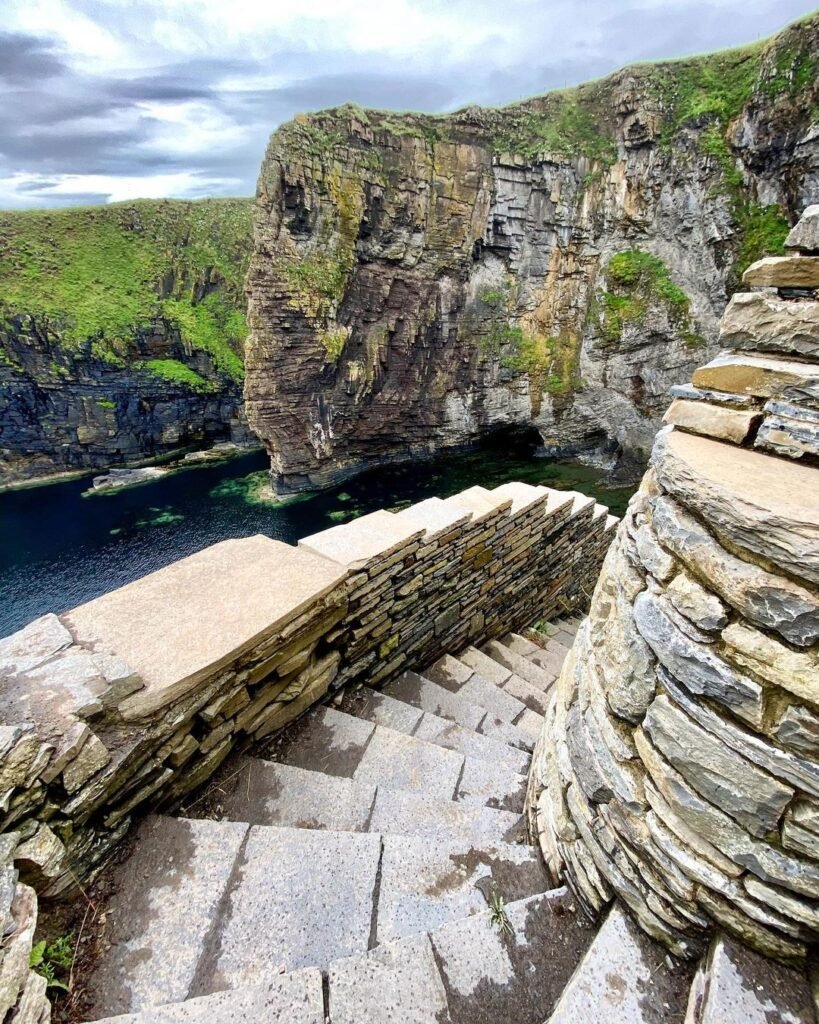 Originally there were 365 steps meandering their way down to the natural, rocky harbour below, later supported by an artificial dock known as the bink. Small vessels were hauled out of the reach of choppy waves using winches, while larger schooners could anchor directly to the cliff-face. Poles lined the platform for drying nets alongside a store full of salt for preserving the fish.

The fish were cleaned, gutted and salted by an army of fishwives before being loaded onto cargo ships ready for export. Anything left behind was packed into baskets for those determined women to heave up the Whaligoe Steps on their backs. That climb was often followed by a seven-mile hike all the way to Wick to sell their wares.

Herring fishing steadily declined during the World Wars and one by one, the boats disappeared from the harbour. Dedicated volunteers kept the Whaligoe Steps maintained and usable, although it wasn’t always an easy job. After a devastating landslide in the winter of 1975, the steps were buried under several tons of rubble, making the descent impossible. The volunteers estimated that clearing the way would take at least 4 men several days of hard labour, so it was a job best left for warmer days.

Once the weather had brightened and spring had sprung, the team were finally ready to get to work. However, when they reached Whaligoe, the steps were already in perfect condition without any evidence of that devastating landslide. After a few enquiries, it turned out a local lady called Etta Juhle had been responsible.

Incredibly, Etta had spent the winter shifting the enormous quantity of soil and rock all on her own, using nothing more than a small fireside shovel and bucket. A small monument stands at the top of the steps, commemorating this remarkable woman who channelled the strength and determination of those fishwives before her.

Volunteers continue to keep the Whaligoe Steps accessible, but these aren’t just steps. They’re a reminder of a different time and a harsher way of life, where people worked against the odds just to survive. 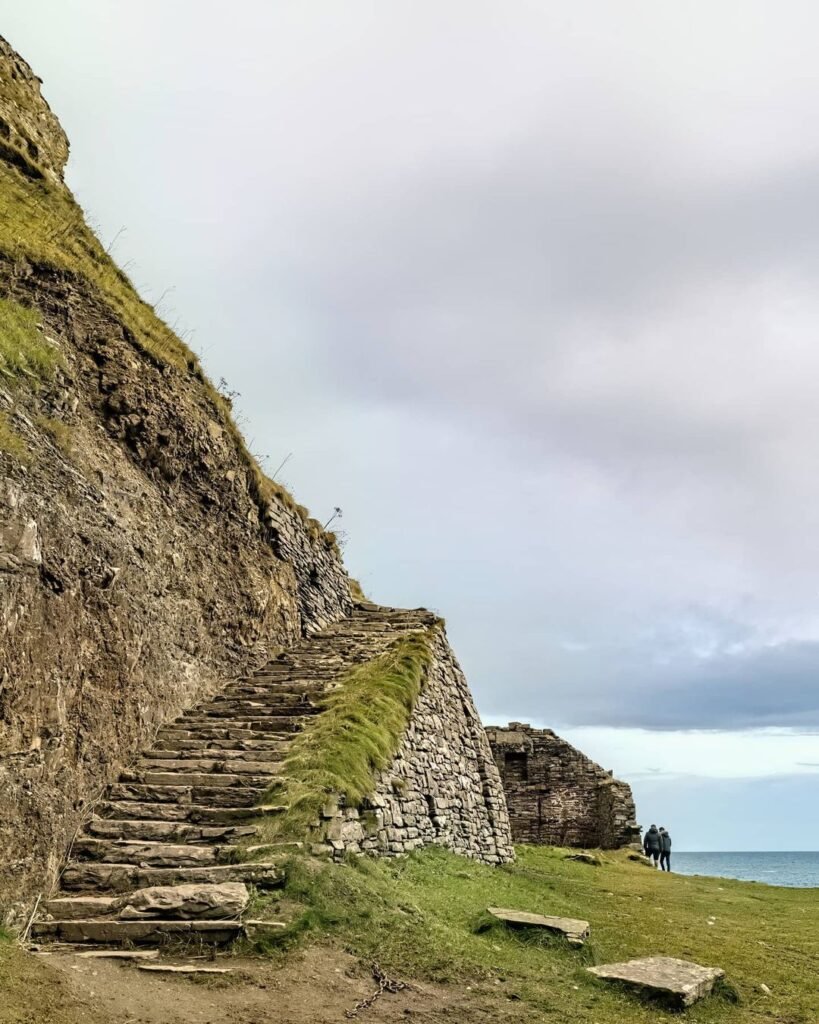 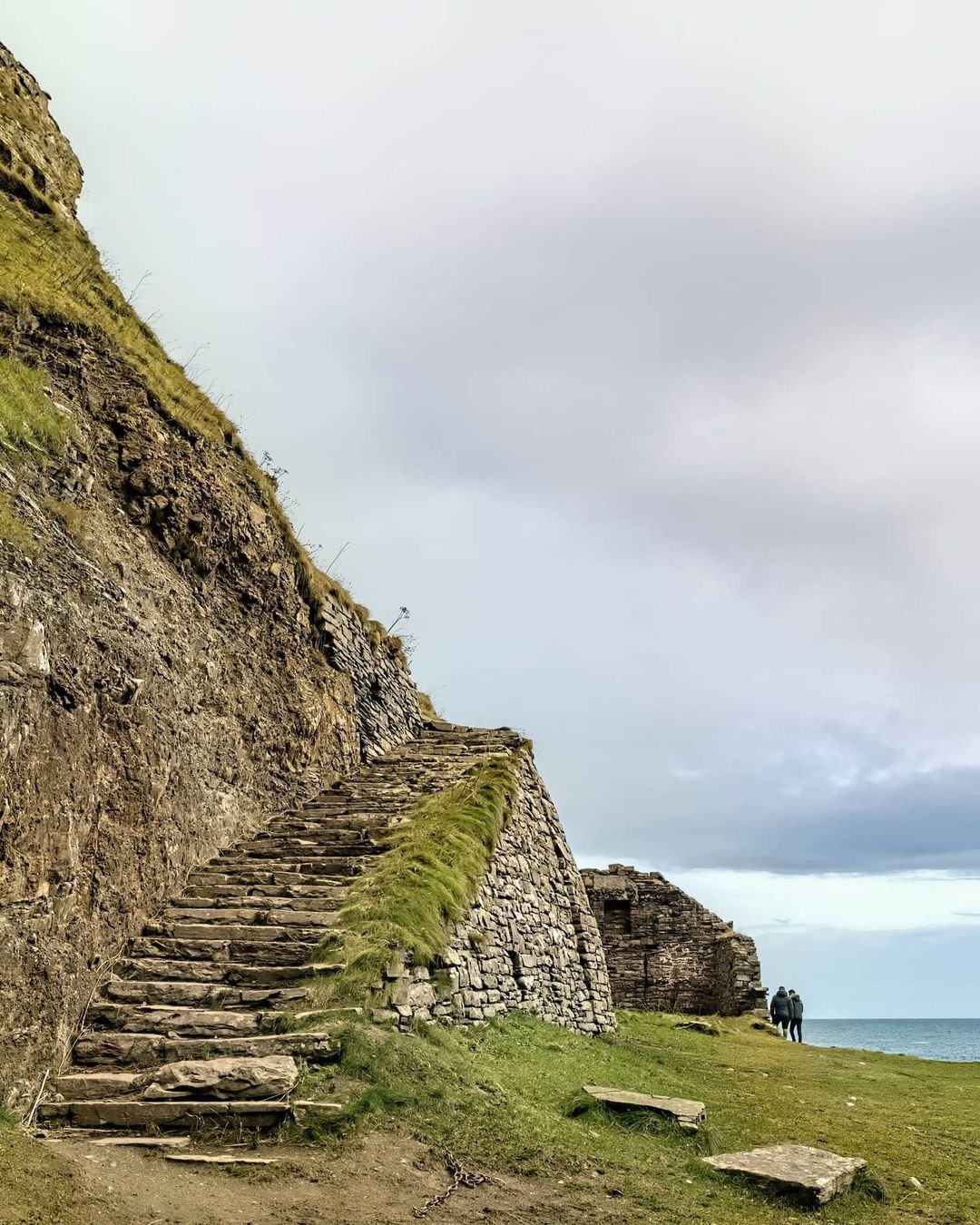