Snuggled in the heart of the city’s Old Town, Grassmarket is a bustling, vibrant and colourful district of Edinburgh. Originally the site of a marketplace for cattle, today Grassmarket is home to an array of specialist shops, bars and acclaimed restaurants. Famous for its eclectic, colourful buildings, Victoria Street makes an inspiring photo opportunity, while along the cobbled streets visitors can peruse everything from hats to liqueurs and antiques to Scottish fashions.

The cosmopolitan atmosphere of Grassmarket is reflected in its cuisine, with Scottish, French and Italian dishes on offer in contemporary bistros, high-class restaurants and traditional friendly pubs.
The history of the Grassmarket is somewhat darker and more varied than its modern, energetic atmosphere would suggest.

Famously one of the poorest parts of Edinburgh, synonymous with the disease and crime that riddled the Old Town throughout the Middle Ages, the Grassmarket also gained notoriety as the site of public executions, although later it became a favourite for establishing communities of immigrants from Ireland and Italy who moved to the city, lured by the promise of lucrative trade.

Today, the Grassmarket oozes a continental culture akin to Brussels, Paris or the other great capital cities of Europe, with restaurants and cafes spilling onto the open streets – although the shadow of a gibbet, artistically marked on the Flodden Wall, serves as a timely reminder of the dark history of this exuberant district of Edinburgh’s Old Town.

MORE ON THE GRASSMARKET 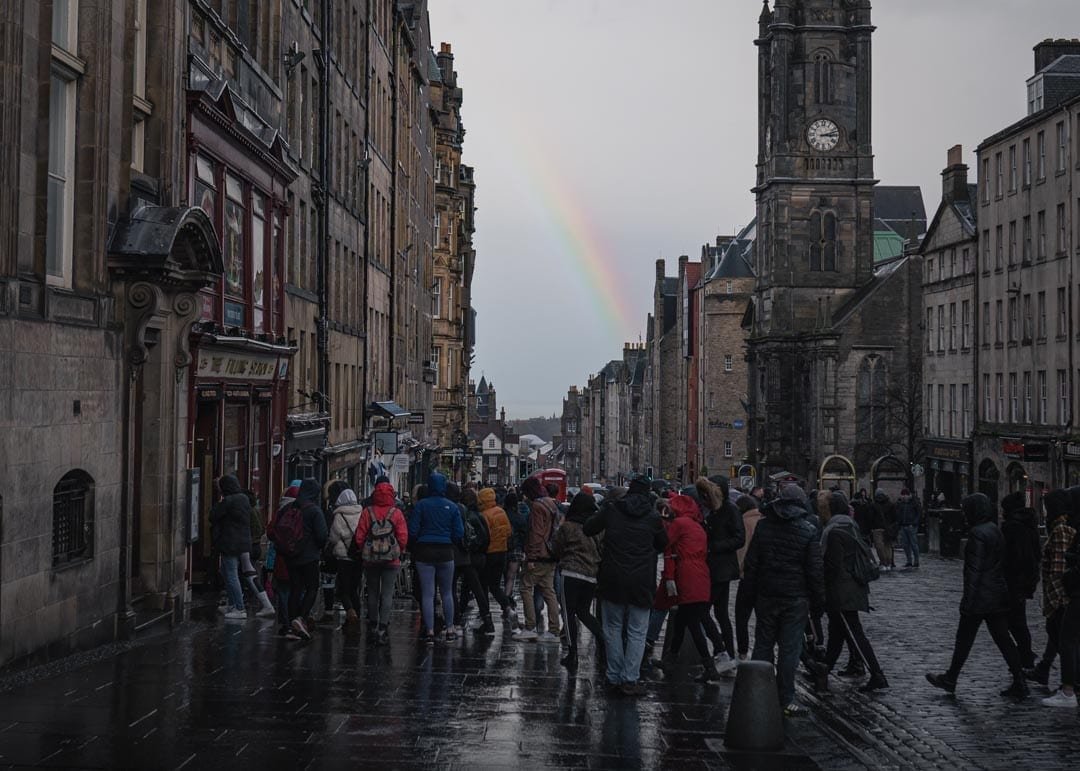