The Forming of The quiraing

Mystical and moody, surreal and twisted, but above all hauntingly beautiful, The Quiraing is an area of enormous landslip created over millions of years that appears as if it’s tumbling over the very edge of the world. The Quiraing spills from the northernmost summit of the Trotternish Ridge on the Isle of Skye.

The effect is a hollowed-out, huge grassy crater from which jut lofty cliffs, rolling hills and stony pinnacles. It is a labyrinth of leaning lava rocks, weathered buttresses and rocky architecture.

The 8.5-kilometre area is still geologically active and moves a few centimetres every year. The landslide is the largest of its kind in the UK’s shape-shifting history. The nearby road has to be shored up annually as it opens up to crack and splinter as the land takes another step closer to the sea.

How did The Quiraing begin to slip into the sea?

The Quiraing was formed by huge quantities of rock which fell into the North Atlantic beyond. The Quiraing is the result of millions of years of tumultuous activity which created this immense mass of slowly moving stone.

Around 175 million years ago, the Isle of Skye was largely submerged beneath shallow warm seas teeming with prehistoric wildlife. A little further inland, estuary systems created huge areas of swampland where dinosaurs roamed.

This was the Jurassic Period. The sedimentary rock of sandstone, shale and limestone was slowly compacted by its own collective weight and that of the water under which it sat.

This creeping compression went on for millions of years until the ancient landmass began to rip apart to form what would become the Atlantic Ocean as North America and Greenland separated from Europe.

As the continents shifted, huge fissures opened up from which poured molten lava which covered the ancient Jurassic rock of the area.

As yet more eons passed, the weight of the lava flows fractured what was beneath and the whole of Skye tipped eastwards.

The rest is down to gravity. And so the land literally began to slip into the sea creating spiralling pillars, columns of enormous cliffs and massive slabs of rock interspersed with elevated plateaus and green patches where the earth had torn apart. 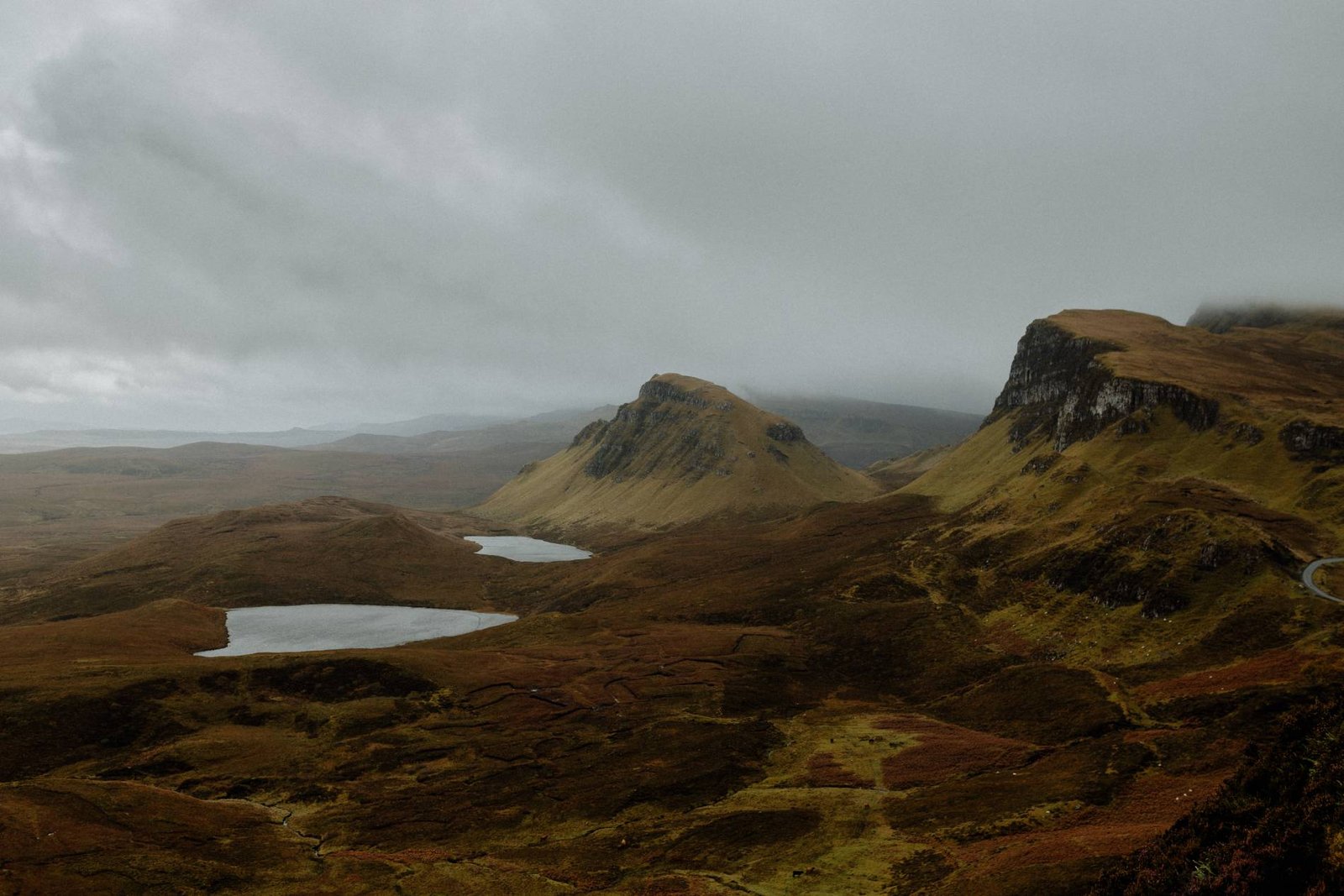 The Quiraing is noted for its assorted landmarks which down the ages have been assigned names. Each are suitably “to the point” in their appellations.

There is The Prison (shaped like a medieval keep), The Needle (a 120 ft high jagged pinnacle) and The Table (so flat that it is reputed shinty games used to be played on it).

There are murky black ponds which resemble craters from other worlds, strange vegetation and waves of fog that suddenly wash in to add an ethereal, yet ominous feel. The Scottish poet Alexander Smith wrote of the Quiraing in 1865 that it was like “a nightmare of nature”.

Today, The Quiraing Loop is a 7 km route popular with hikers. The name Quiraing comes from Old Norse “Kví Rand”, meaning “Round Fold”. It is said that the inhabitants of the area hid their livestock within the fold from rampaging Norse invaders.

The all but supernatural landscape of the Quiraing has attracted Hollywood moviemakers in recent years. The area’s dramatic backdrop has provided the set upon which fairies, dragons and other assorted mythical beasts, even MacBeth and the BFG have walked. It is quite simply a magical place which must be seen, in which to close your eyes for a moment and let your imagination take over you. Just don’t stray too close to the edge. 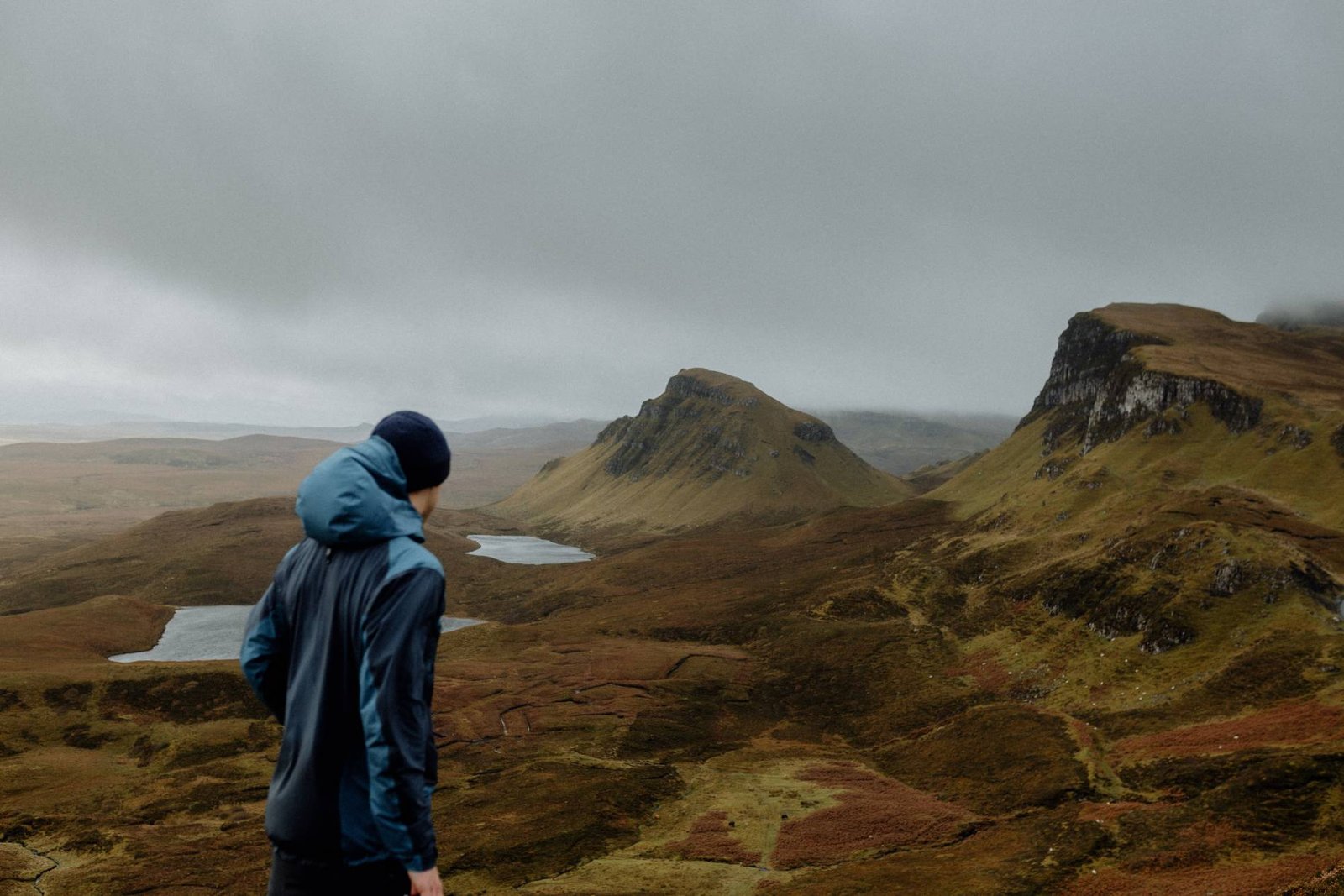 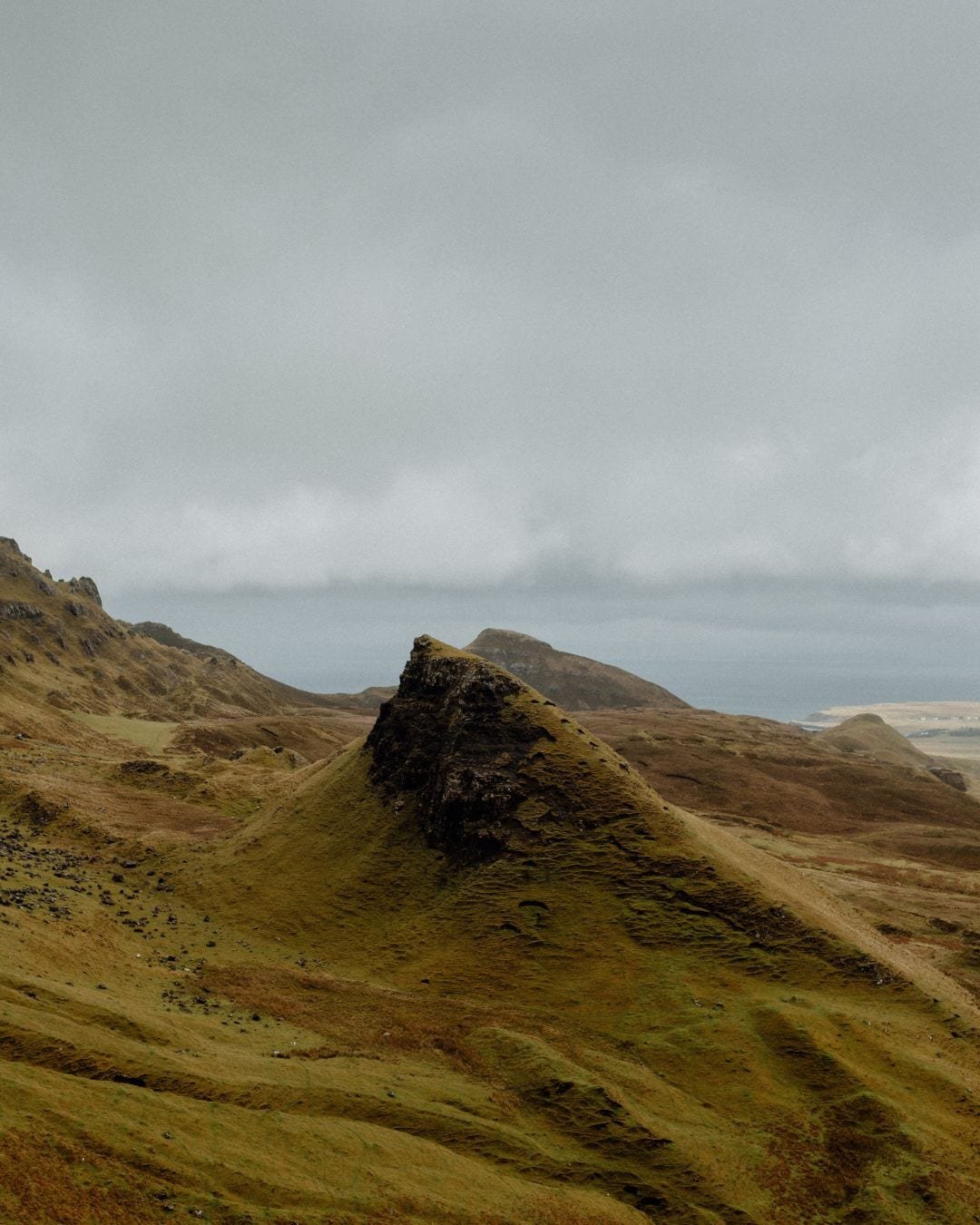 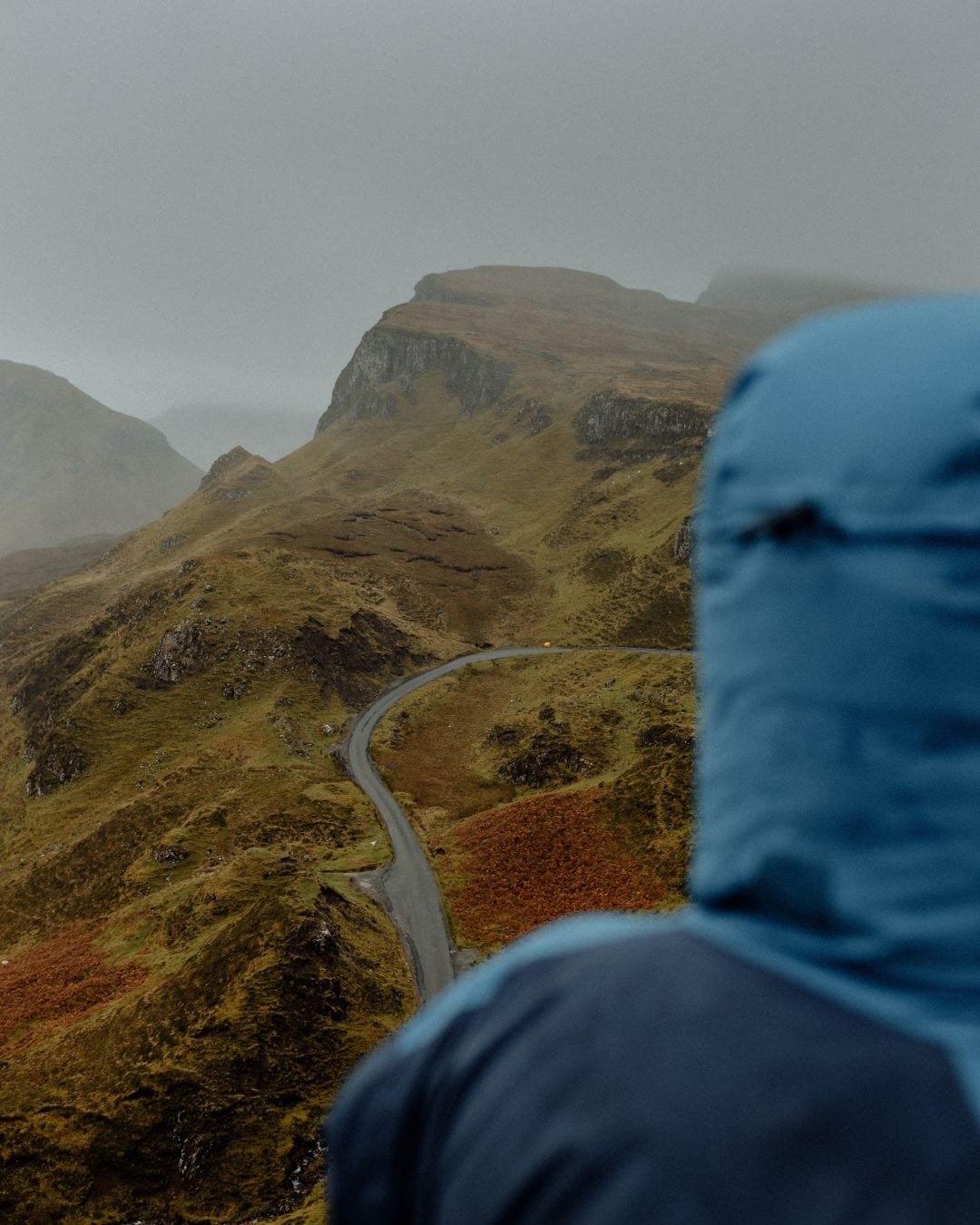