The Doomed Wedding of Dunstaffnage Castle

The Doomed Wedding of Dunstaffnage Castle

Dunstaffnage means Fort of the Headland and there has been some kind of fortification here on the west coast of Argyll since the Kings of Dalriada almost 1500 years ago. The castle we see today was built in the 13th century and became the chief seat of Clan MacDougall. Dunstaffnage Castle controlled the entrance to Loch Etive as well as access to Loch Awe which meant that whoever possessed the castle, controlled a large area of the country.

This allowed the MacDougalls to become the most powerful family in the west of Scotland until they went up against Robert the Bruce. After initial success against the newly crowned King, when the tide turned in Robert’s favour they lost Dunstaffnage Castle along with most of their lands and titles. Too important a castle to destroy, King Robert garrisoned it with his own supporters but it was eventually handed back to the MacDougalls by Robert’s son to heal old wounds.

They didn’t stay in control for long however. John MacDougall had no legitimate sons and so the Lordship of Lorn along with Dunstaffnage Castle passed to the husband of his eldest daughter, John Stewart. Not everybody accepted this line of succession and the MacDougalls were biding their time to strike back. 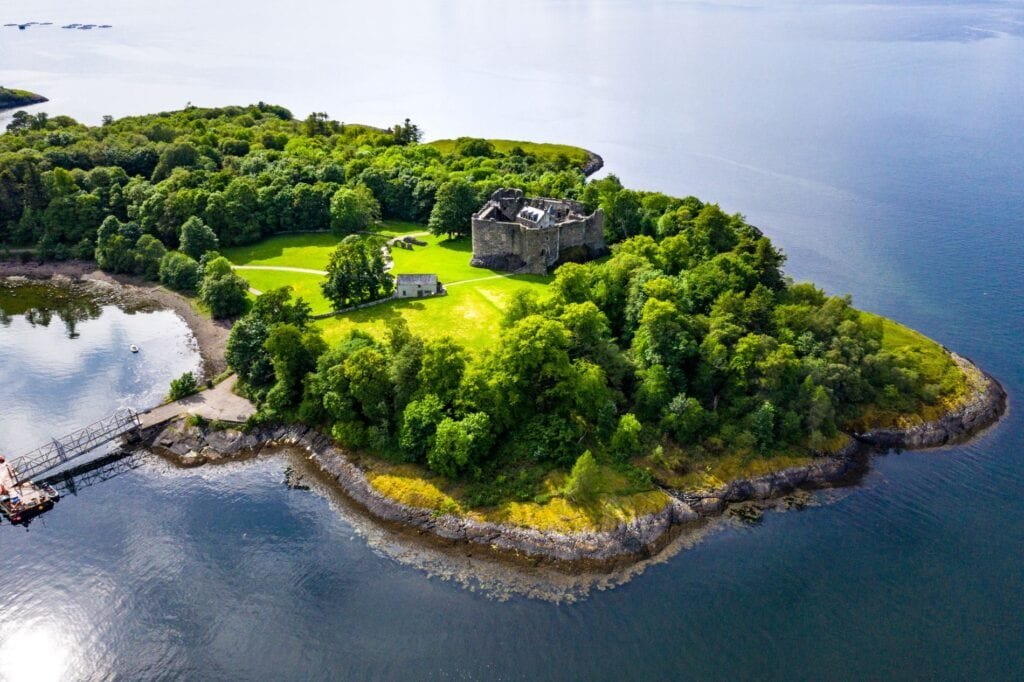 John Stewart had the same problem as his predecessor, his only male son Dugald was illegitimate and so didn’t stand to inherit. He knew his time was almost up so in 1463 he decided to marry his mistress at Dunstaffnage and solidify his succession. A grandchild of John MacDougall saw this as the perfect opportunity to snuff out the man who usurped his family home. His name was Alan MacCoule and if he could stop the wedding going ahead then maybe he could put forward his own claim to be named Lord of Lorn.

The walk from the castle to the chapel at Dunstaffnage is only around 150m but little did the Stewarts suspect that a small group of MacDougalls were lying in wait. They ambushed the wedding party and Alan himself went straight for the groom, stabbing him over and over. The wedding crashers were chased off but only as far as the open gates of the castle where they rushed in, barred the door and helped themselves to the wedding feast. 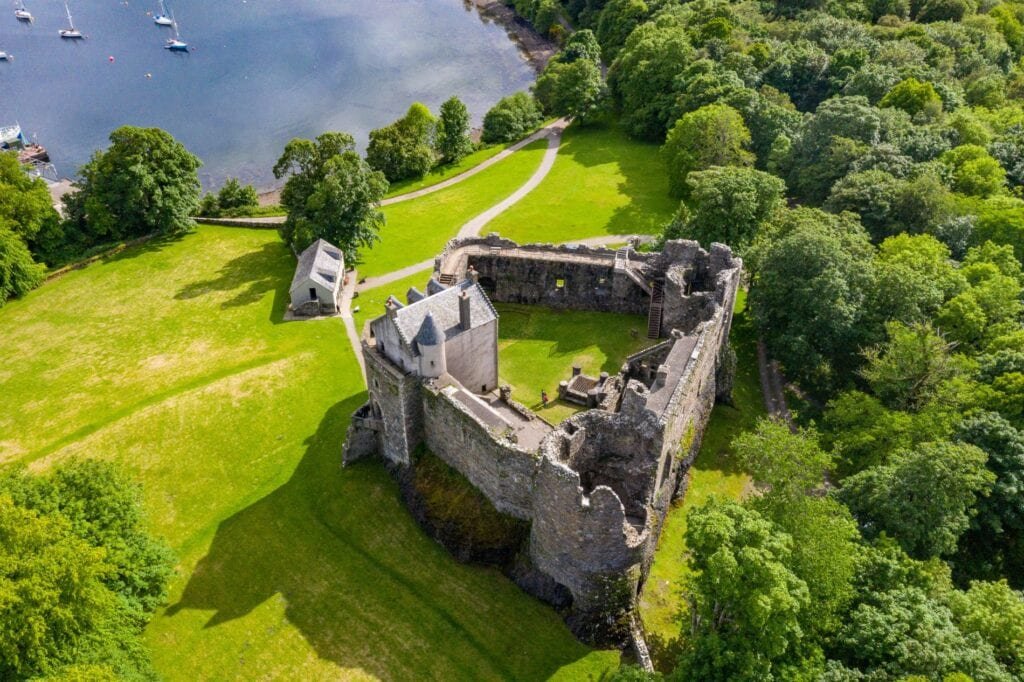 Legend says that although John Stewart was bleeding heavily, his men picked up their master and managed to get him to the chapel in time to say his vows. He might have ensured a legitimate heir but he had lost Dunstaffnage Castle in the process. The MacDougalls would only hold on to the fortress for around a year before a royal army managed to evict them.

Either John didn’t actually make those vows or the King of Scots didn’t believe the story. In 1470, the Lordship of Lorn and Dunstaffnage Castle wasn’t granted to his son Dugald but to Colin Campbell who married John’s daughter. Dugald Stewart only inherited the lands of Appin just along the coast and moved into Castle Stalker. While the feud with the MacDougalls was already over, hundreds of years of fighting with the Campbells had just begun. 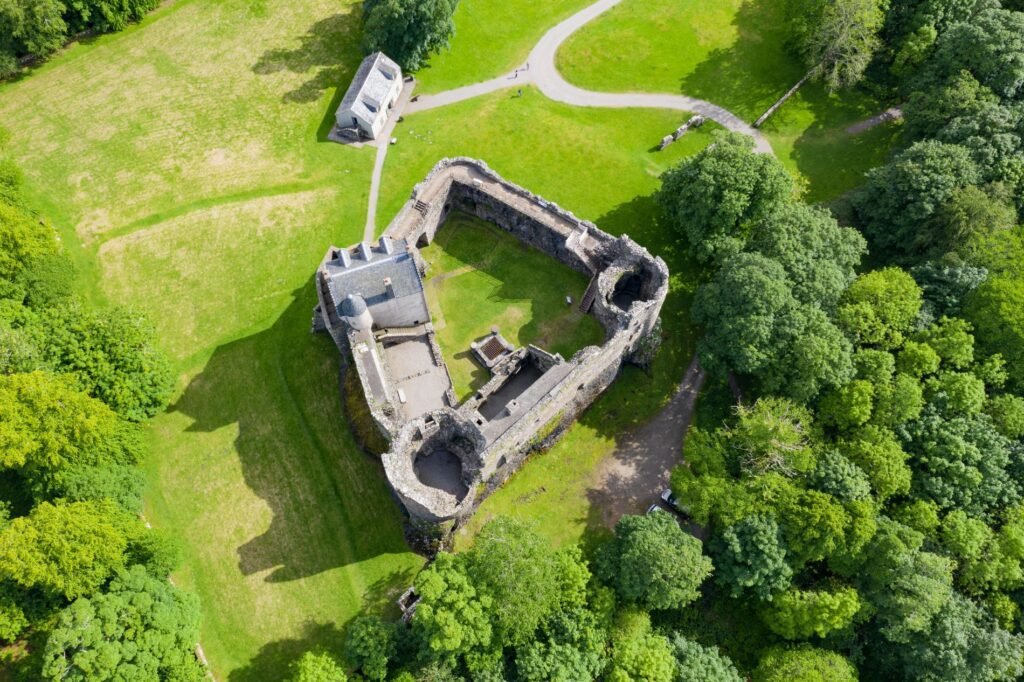 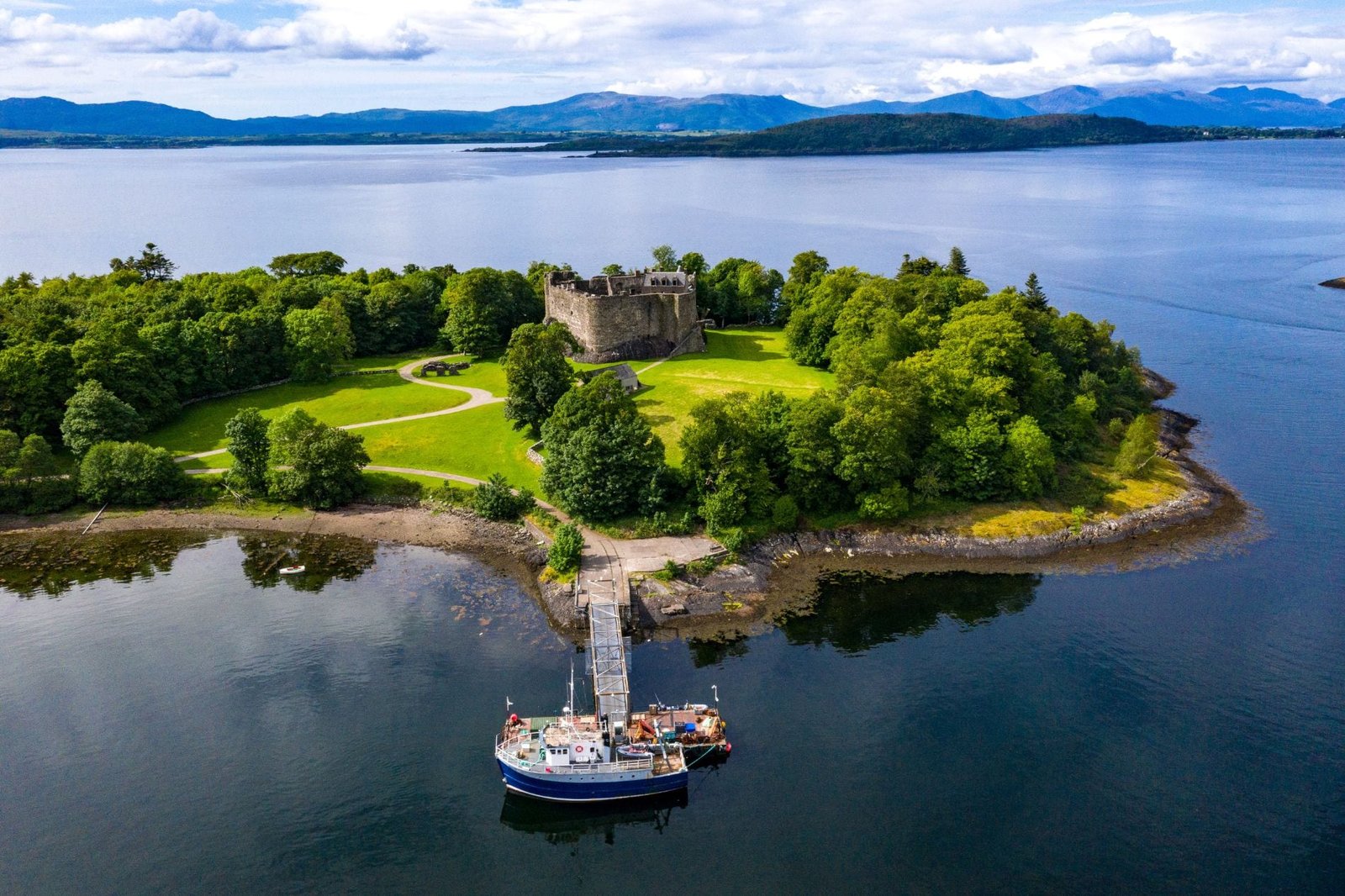