The Creature Living in The Birks of Aberfeldy

The Creature Living In The Birks of Aberfeldy

Made famous by Robert Burns, the Birks of Aberfeldy is a place of inspiration, full of soaring trees and tumbling waterfalls. This small gorge on the outskirts of town was originally known as the Den of Moness after the river that flows down its rocky sides. Only after Burns sat on a rock and wrote about the beauty of the birch trees known as “birks” did the new name stick.

However, Aberfeldy itself is said to have gained its name a long time ago, after a strange little creature. Local tradition claims that Aberfeldy comes from the Gaelic – Obair Pheallaidh or “The Work of Peallaidh. This Peallaidh was a shaggy beast from Scottish folklore called a Urisk and he had created this beautiful collection of waterfalls to be his home.

Urisks can live for a very long time, so Peallaidh was still lurking amongst the Birks of Aberfeldy after humans had moved into the area. He wasn’t an aggressive or threatening beast, but he did have a habit of leaving his watery lair to play tricks on the locals. While not intentionally hurting anyone, there was every chance he would make life difficult, so you didn’t want him prowling around your home.

A housewife was making bannocks one day when she spied that shaggy little Urisk sneak through the door and snatch up her entire first batch of baking from where it was cooling on the table. Without a care in the world, he sat munching away in the corner, dropping crumbs all over her clean floor. 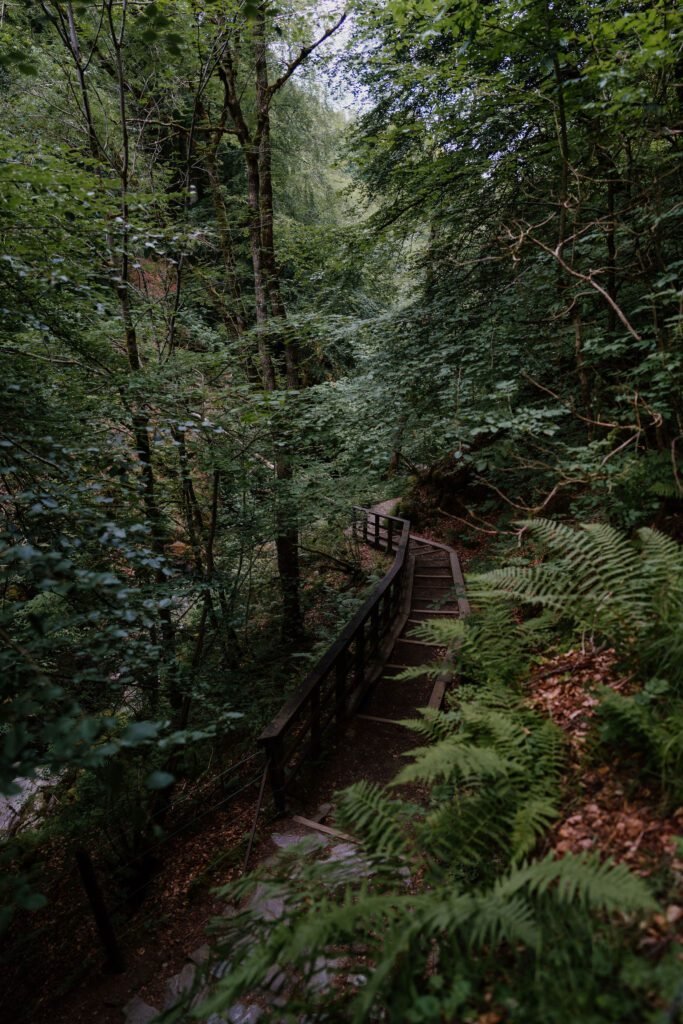 The baker wasn’t happy, but it’s rarely a good idea to risk offending a supernatural creature so she continued to bake. Every time the Urisk finished eating one batch, he would grab the next cooled plate of bannocks and begin to devour them. Peallaidh’s unhappy host was praying that he would eventually get full and leave of his own accord, but he showed no sign of slowing down and she was almost completely out of flour!

Worried that her family would starve if this didn’t stop, the housewife saw only one option. She took a little longer with the next batch, waiting until the Urisk was finished the last. Then she spun around with a fresh bannock, still roasting hot from the fire and dropped it straight into his outstretched hand.

The scolded Urisk screamed in pain and sprinted through the door to plunge himself in the icy cool waters by the Birks of Aberfeldy. While the baker was pleased she’d gotten rid of her pest, she felt awful about hurting him. Up in his waterfall lair, Peallaidh was feeling equally guilty about almost starving the woman and her family with his actions.

The next day, the Urisk found a peace offering in the form of a glass of milk and a freshly baked bannock waiting on a rock near his home. Soon, the woman’s husband found that a large, dry patch of his field, that had always been barren, had suddenly become moist and fertile.

Both Urisk and baker had made amends. 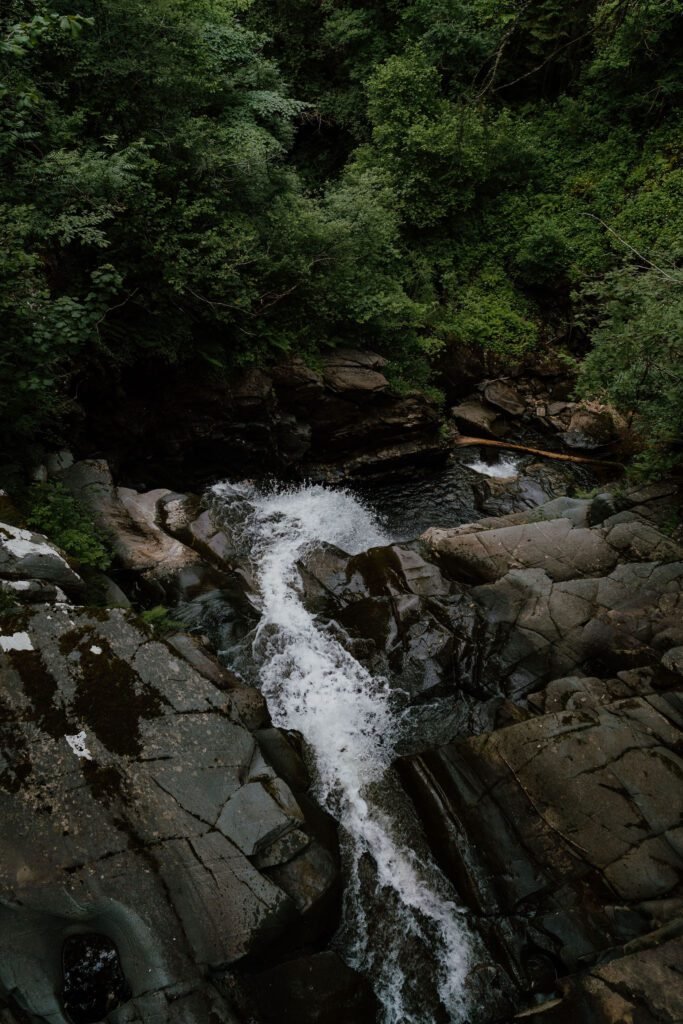 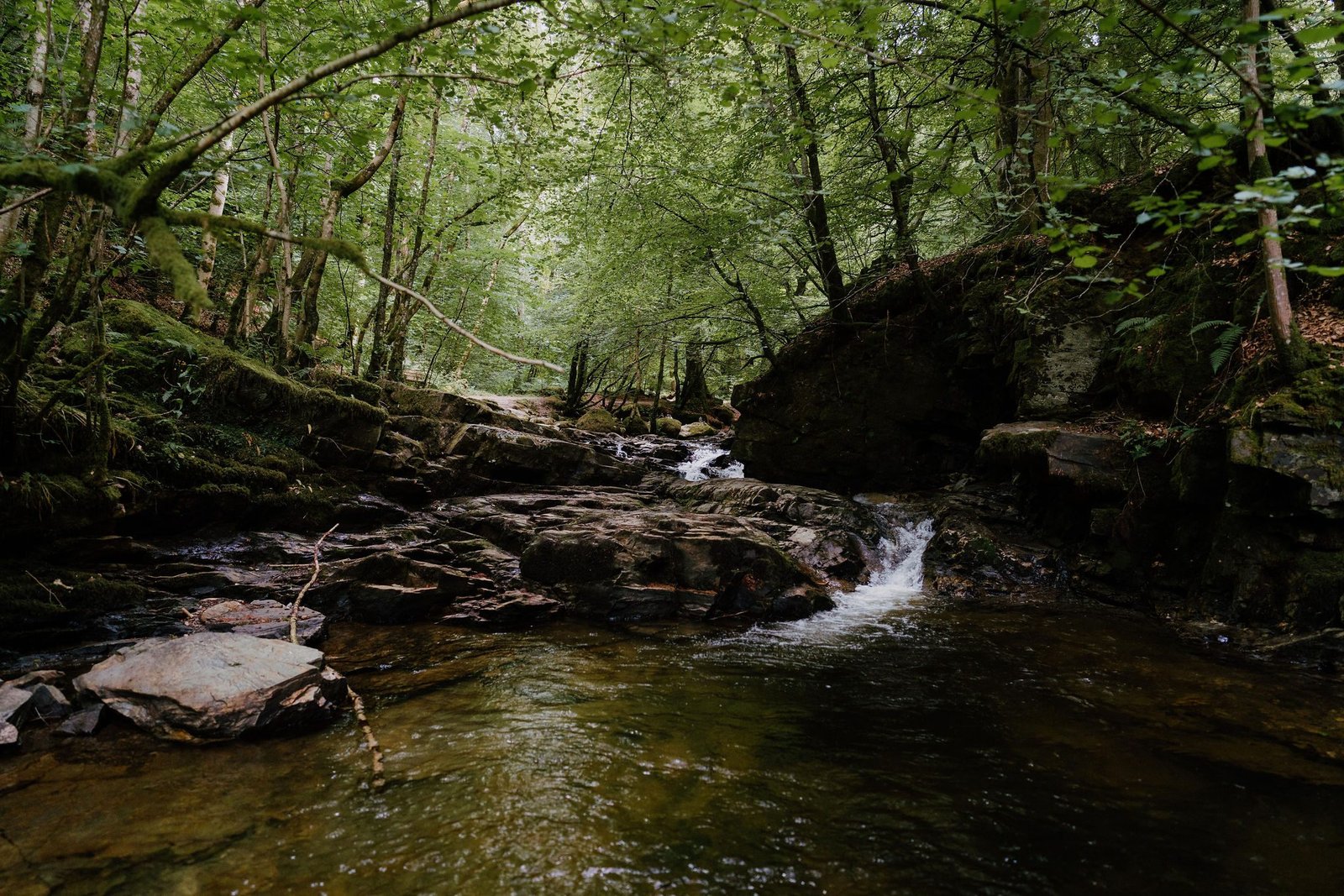