I’ve always had a fascination with Bothies since I first heard about them and the work the Mountain Bothies Association does to maintain them. These sometimes primitive, often cosy and always characterful buildings act as simple shelters for those who love wild and lonely places. So much more than just a shelter, these bothies can house years of history and a flick through the visitor book will take you back through the stories of so many visitors before. Somewhere so remote and isolated, you can feel so connected with those that have shared the same experience, it’s a really lovely feeling.

Glendhu Bothy is one of those I first saw a picture of and was absolutely amazed by its incredible lochside position in a steep u-shaped valley. We made the walk-in to the bothy one grey afternoon on a trip up in the far north-west. We were loaded up with firewood, candles and a few bits of food to cook up in the stove. A simple walk in, following the undulating path along the loch-side, with the limited signs of civilisation in the north-west falling away as you make your way further down the Loch. As you pass the final corner, the Bothy comes into view, situated almost at the head of the Loch next to a couple of other old buildings owned by the estate. As we arrived the light was beginning to fade, we got inside, found the place empty and started prepping the fire.

A short while later the fire was roaring, food was on and we were enjoying a lovely brew. Far from phone signal, we spent the evening chatting and enjoying the warmth of the fire, appreciating the simplicity that is now often lost from our daily lives. After a cosy night sleep in the bothy, I woke early to some stunning light outside the window. After a short stroll back along the path and down to the Loch, I bagged a few photographs of this incredible scene. So calm and beautiful, Scotland never fails to amaze me. 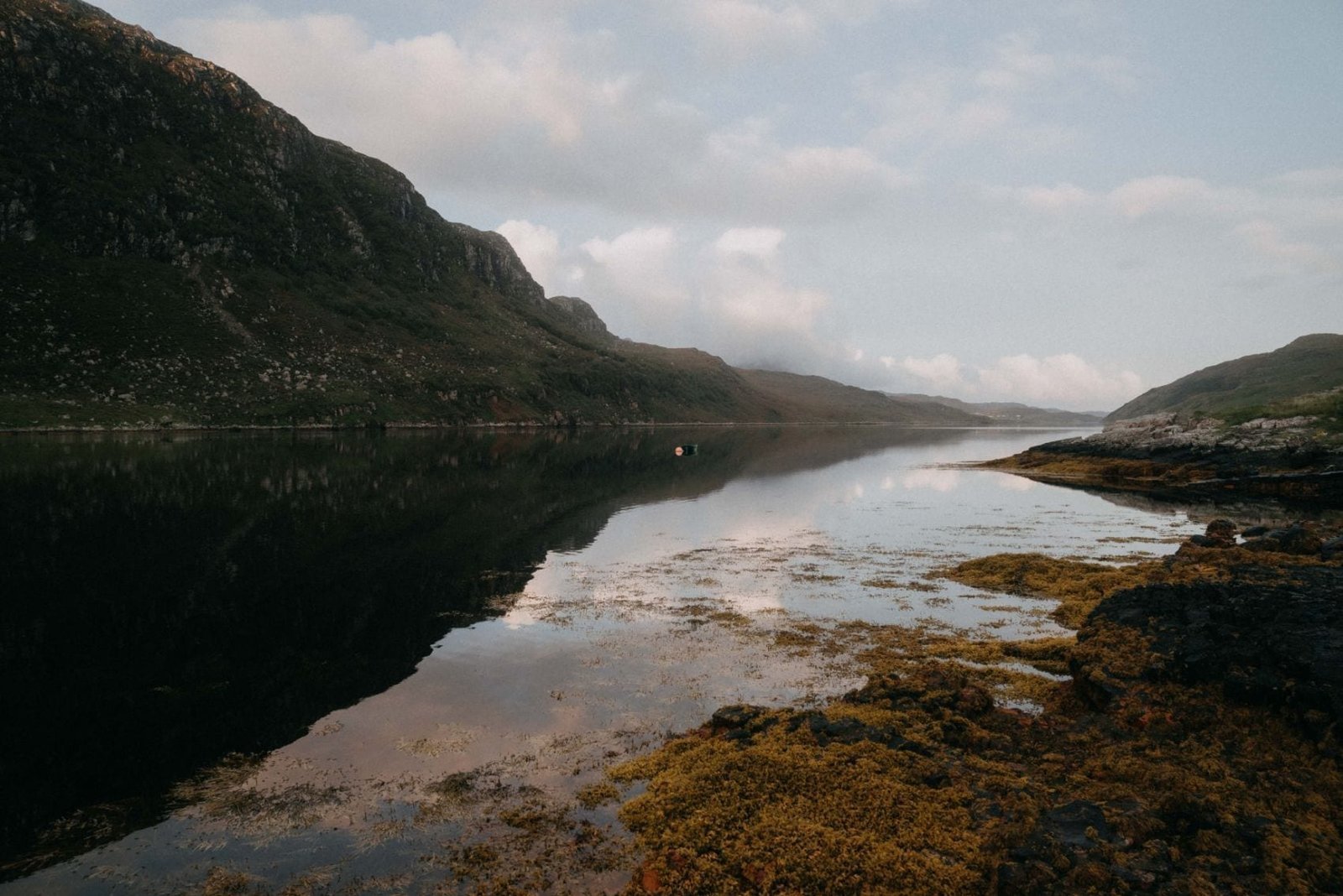