Smoo Cave and The Wizard of Reay

Smoo Cave – The Wizard of Reay

Words by Graeme Johncock and photographs by @hey.dudewithcamera

With its deep pools and three cavernous chambers, it’s no wonder that Smoo Cave has become a popular stop on the North Coast 500. The cave plays host to thousands of tourists every year but back when this was a quiet, isolated spot in a remote corner of Scotland it welcomed a very different kind of person – The Wizard of Reay.

This sorcerer was originally known as Donald Mackay before he left Scotland for Italy to study the dark arts under the Devil himself. The Devil didn’t usually do things for free and as payment he would take the soul of whoever was last to escape his classroom. At the end of their lessons, all of the students prepared to leave but Mackay saw that he was stuck at the back of the queue. He was wise to his teacher’s plan so quickly shouted “de’il tak the hindmost” and bolted outside leaving the Devil with only Mackay’s shadow in his grasp.

The Wizard of Reay knew that Satan would still want to claim his prize so decided to operate far away, hidden in the depths of Smoo Cave. He became notorious around Sutherland as a cruel and ruthless figure with no shadow, tormenting the local population. One of his favourite activities was to chain people in the cave and let them drown in the rising water. As word spread of this dangerous sorcerer, eventually it reached the ears of his old mentor. 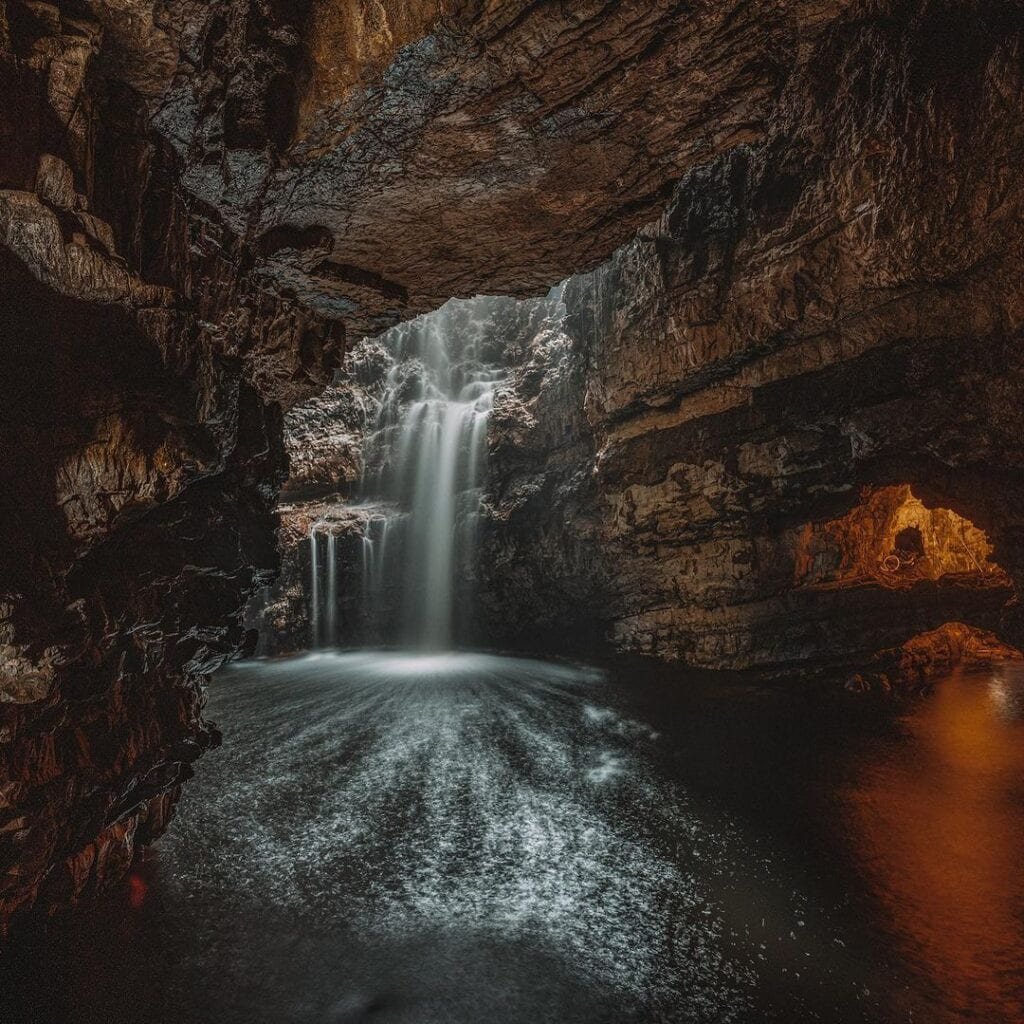 One night not long before dawn, Reay returned to Smoo Cave and as usual his dog padded through into the second chamber. With a loud yelp the hound ran back to Reay again but without a single hair on its body. The Wizard knew that the Devil was waiting through there to trap him but running out into the open wasn’t an option. Reay took his time as if nothing was amiss, preparing himself for what was to come before eventually confronting his enemy and the two witches he had brought for company. Reay somehow managed to keep him talking for long enough for dawn to break and on the sound of a cockerel crowing, the Devil and his companions shot up through the roof of the cave creating the holes that you can see today. 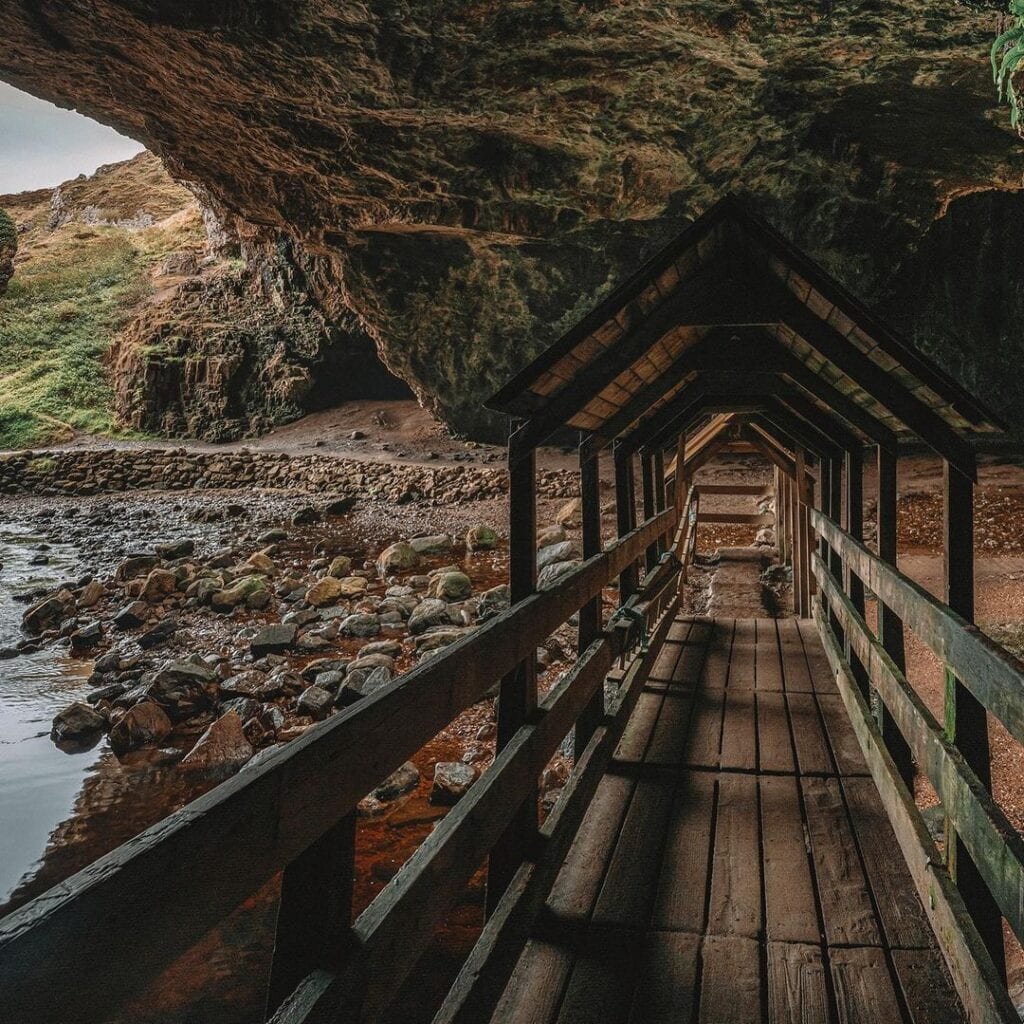 This wasn’t the only devilish trap that the quick witted Wizard escaped. One day he found a small casket deep in the cave and giving in to curiosity, he pulled the stopper and out popped a tiny man. It grew bigger and bigger until the huge figure of the Devil dwarfed Reay and boomed “Well are you impressed with my trick?”. Quick as a flash Reay replied “getting out is easy but I know you couldn’t fit yourself back into this tiny casket.” The Devil’s biggest weakness is his pride so he happily shrunk back down and as soon as he was back inside, Reay plugged the hole up. He had saved his soul once again. 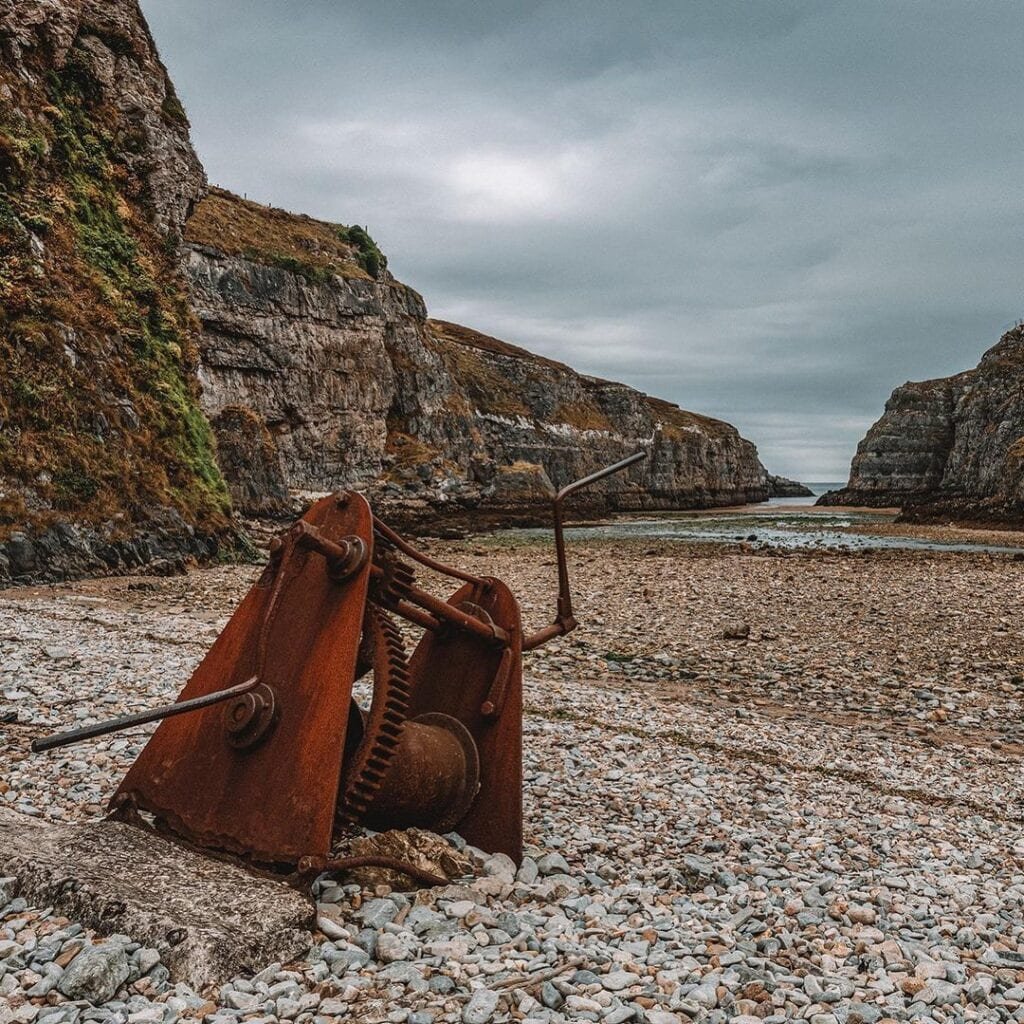 More recently, in the 18th century another Donald Mackay had been bribed by a couple of excisemen to take them help them find illicit distillers who had set up in the hidden safety of Smoo Cave. The waterfall was in full flow as Donald rowed his boat along and the two government men were clearly terrified after revealing they couldn’t swim. Donald decided to protect the distillers by capsizing the boat and swimming to safety while he left the other two to drown. One of the bodies has never been recovered and it’s said his ghost still haunts the cave near the waterfall to this day. It’s thought that at least half of the underwater tunnels of Smoo have still never been explored. If there are any divers out there then please watch out just in case you stumble upon a tiny casket or an exciseman’s body. 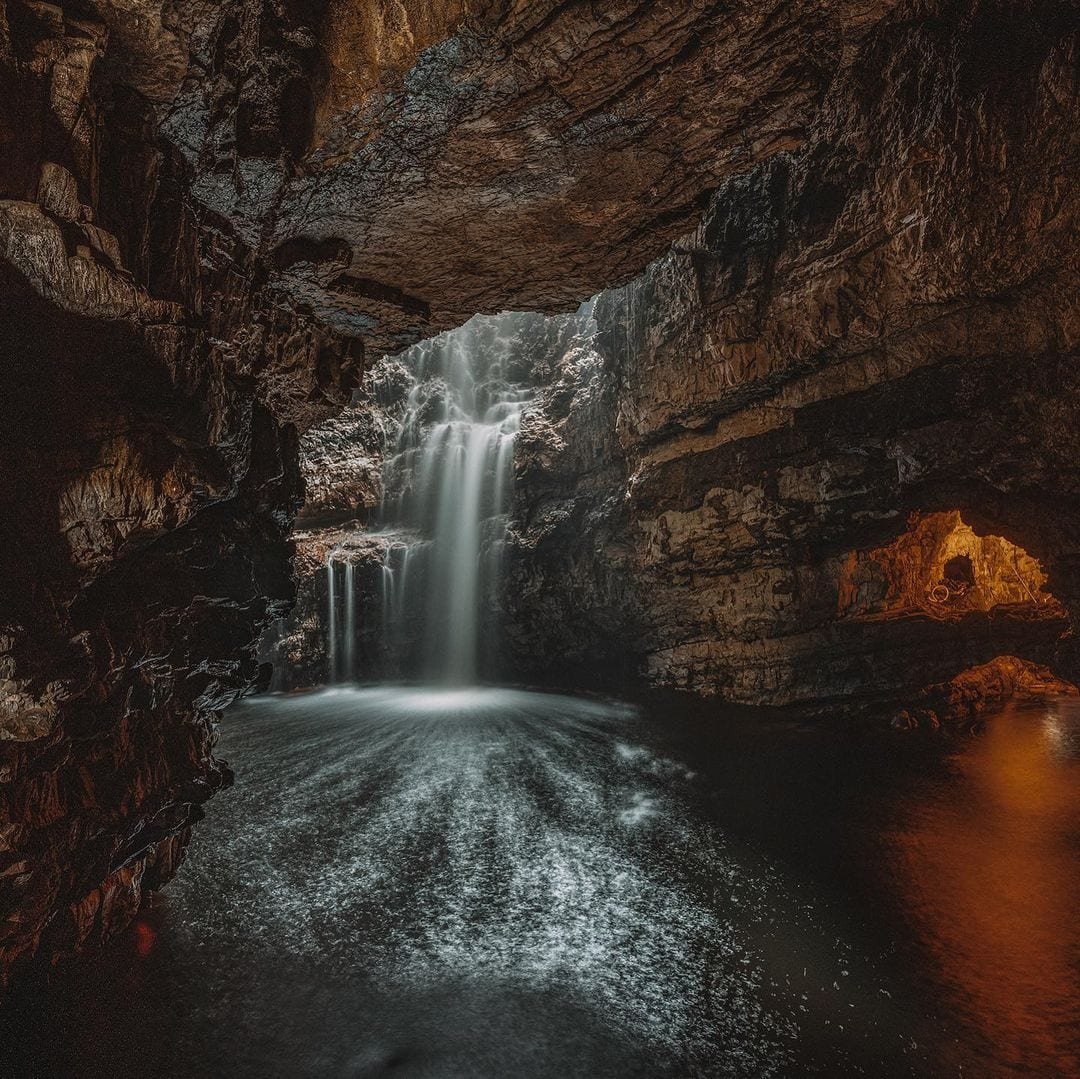