Sandwiched between Leith Docks and Granton Harbour, Newhaven (meaning “New Harbour”) is a charming neighbourhood which was once a thriving, tight-knit fishing village and, despite its close distance to Edinburgh, was known for its distinctive dress and traditions. The inhabitants of Newhaven rarely married outside their community and until the 1950s, the Newhaven fishwives would carry their creels to sell fish door to door around Edinburgh wearing their brightly coloured traditional outfits.

Their outfits were famous throughout the county and caught the eye of renowned photographers, Hill and Adamson, who featured them prominently in their work. Today, Newhaven’s fishing ties have all but vanished and with it, the former-village has lost a large part of its distinct character. However, as you wander around the neighbourhood, there are a few endearing traits left that hint toward its history. 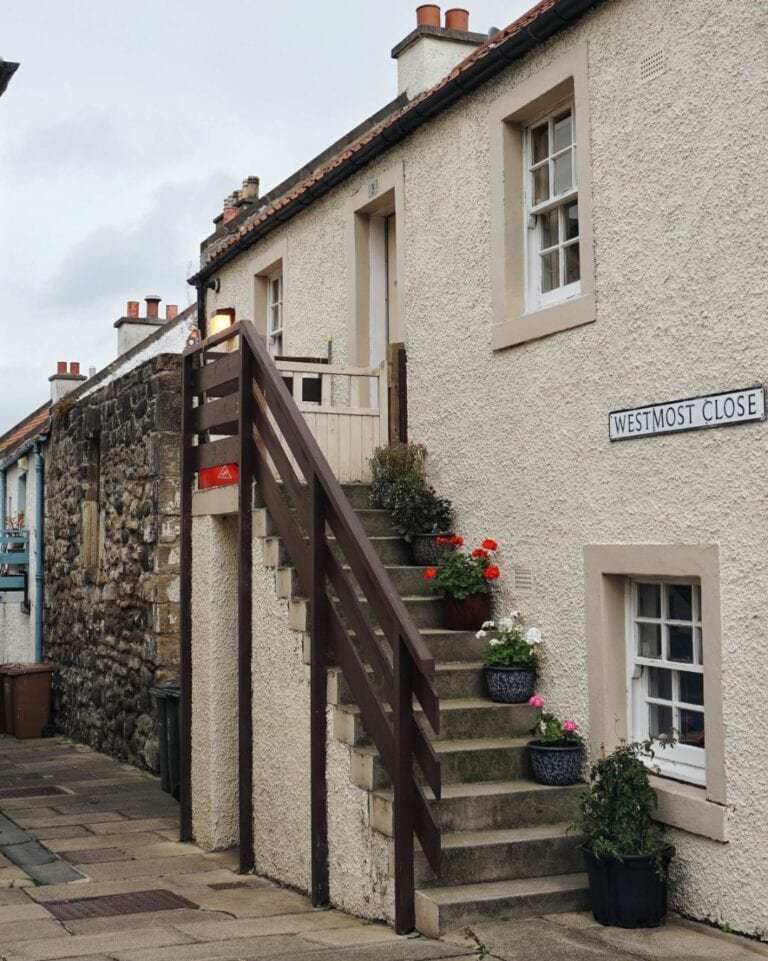 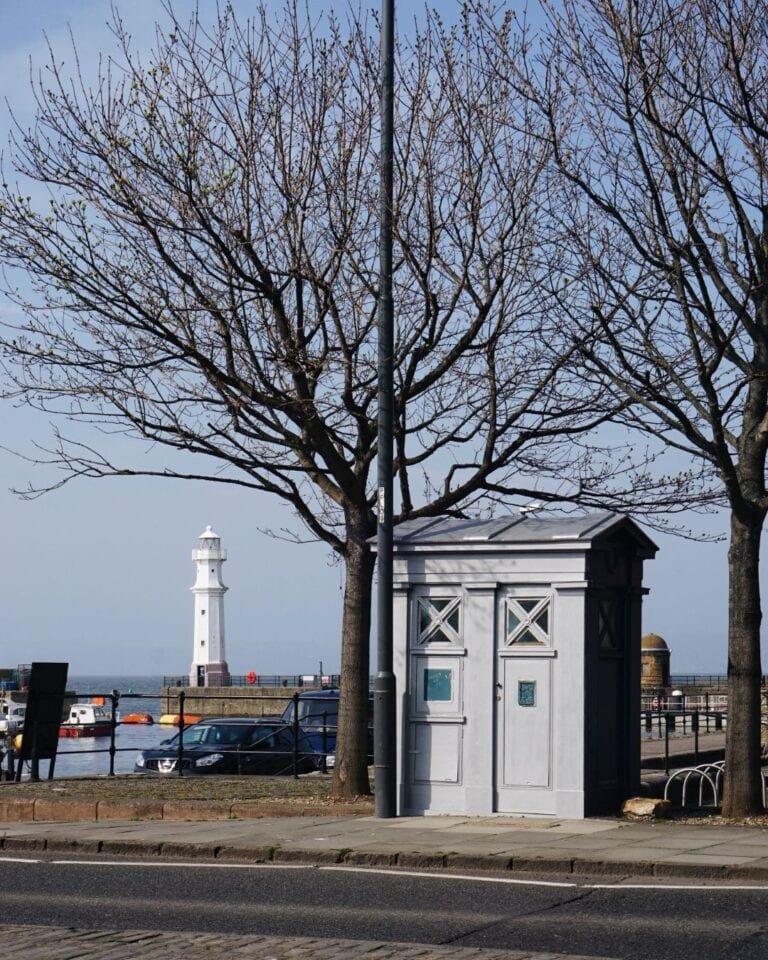 Starting at Pier Place, you’ll spot one of Newhaven’s main landmarks, a pint-sized lighthouse that has long since retired but continues to light up in the evenings. The lighthouse is surrounded by a small harbour with an old Victorian fish market sitting on the east corner which is home to a wonderful independent fishmonger called Welch Fishmongers and several seafood restaurants including The Fishmarket, Pier Brasserie, and Loch Fyne. Newhaven port was created by King James IV as a custom-built port for the construction of the warship Great Michael and as you look out over the tranquil, picturesque harbour it’s hard to imagine that for many years it was the centre of a busy fishing and shipbuilding industry. Furthermore, if we were to visit in the 1830s, we would be able to travel by boat to Fife or even London!

Once you’ve finished exploring the harbour and soaking up the views over to Fife, cross over Pier Place and down a narrow lane called Westmost Close, this will bring you to Newhaven Main Street. As its name suggests Newhaven Main Street was the original high street of Newhaven until traffic restrictions were introduced meaning the road is lovely and quiet but lacking its original village atmosphere. The south side of Newhaven Main Street underwent major development in the 1970s, however, thankfully, the north side has retained its character and is lined with a mix of typical Scottish fishing houses.

A main feature of these homes is their ‘forestair’ which leads to the front door, and the lower ground floor was used for storing nets. Despite the lack of front gardens, most of the homes are decorated with an assortment of plant pots and one house, in particular, looks stunning during wisteria season. From here, I would recommend wandering up and down the various closes which branch off from Newhaven Main Street, keeping an eye out for historic hidden gems such as the Newhaven ‘Armada’ stone that is incorporated on the gable end of Auchinleek Court and dates back to 1588; the Newhaven Burial Ground used by the Society of Free Fishermen; and a stone barometer case next to the entrance to Lamb’s Court.

If you’re anything like me, I enjoy finishing a walk at a café. There are a few places to eat dotted around the neighbourhood and two great coffee shops, Mr Eion Coffee Roaster and Café MILK (which you’ll find next to the Edinburgh Sculpture Workshop). 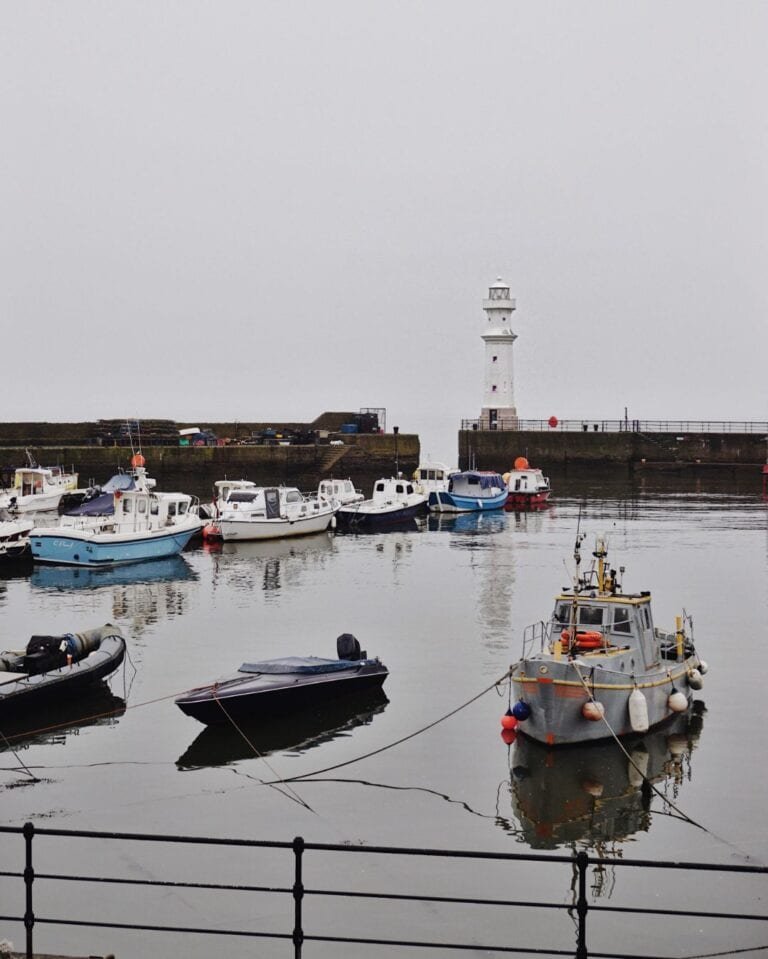 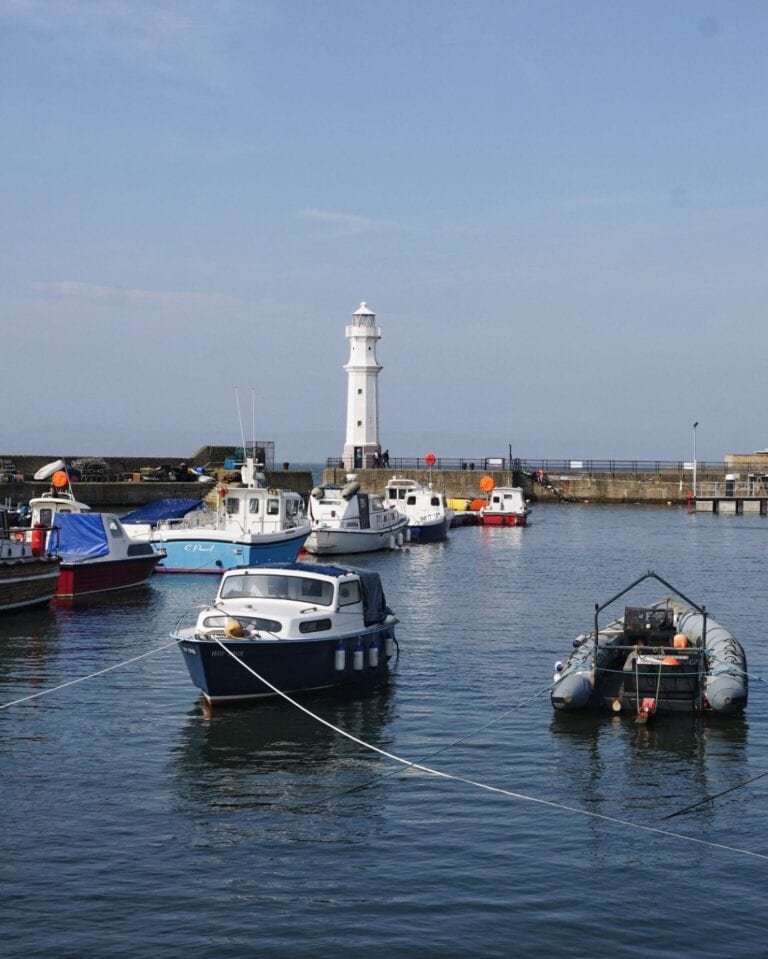 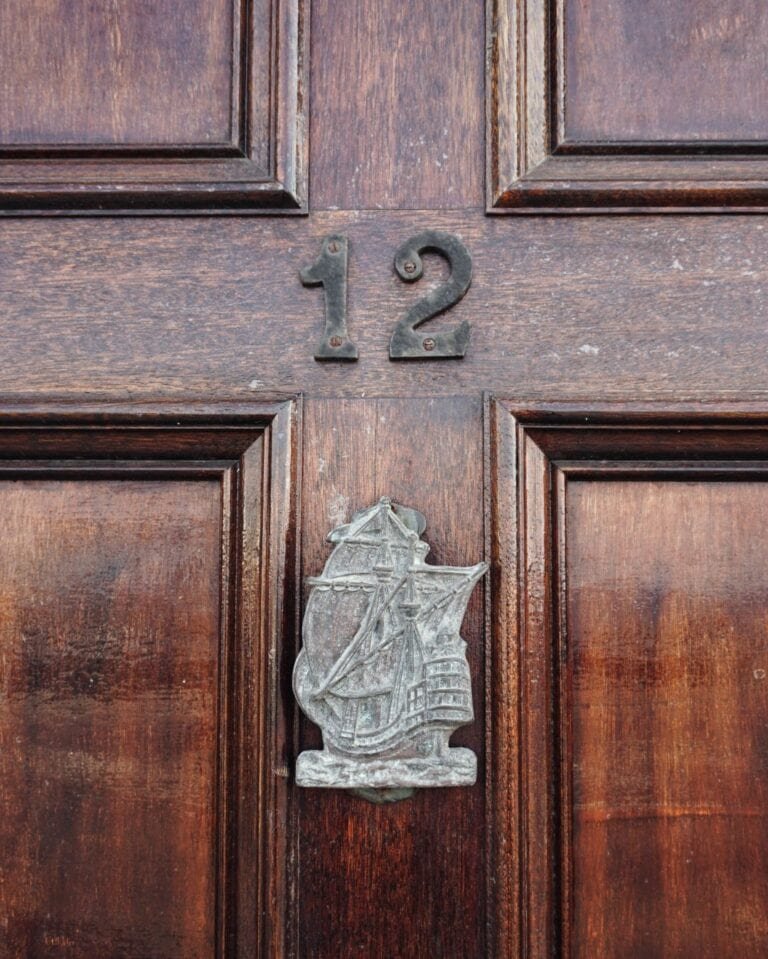 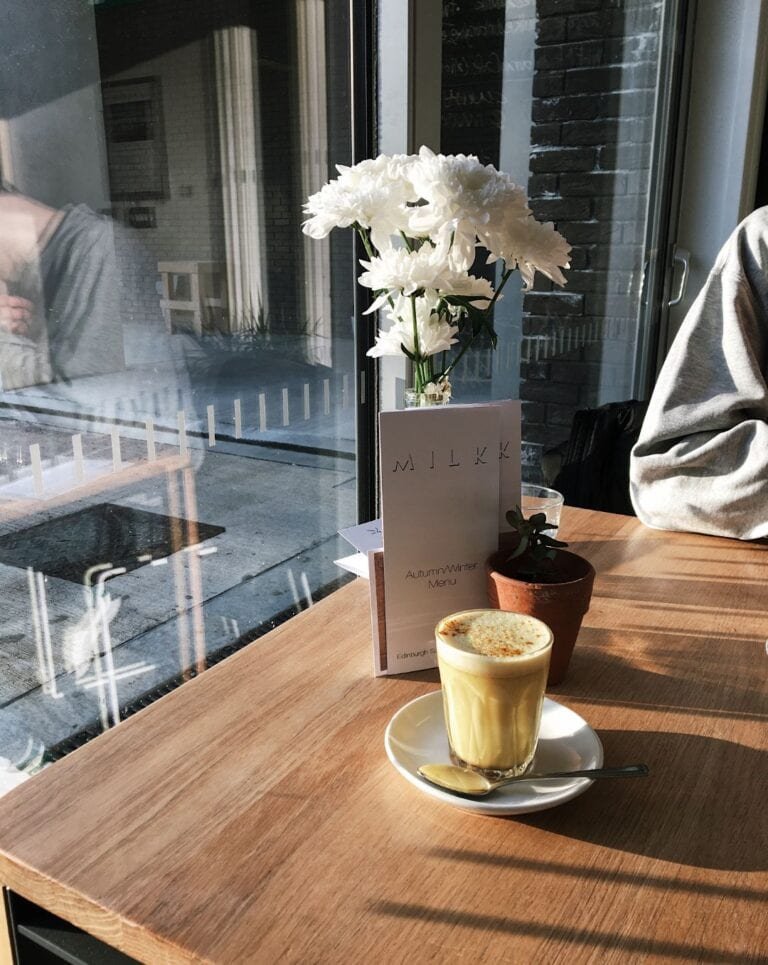