The 2nd Marquess of Bute built the first Mount Stuart House near Rothesay on the Isle of Bute in 1719. The designer was Alexander McGill, the style was Georgian, and the house stood in 300 acres of grounds on the shore of the Firth of Clyde. Unfortunately, the first mansion was burnt down in a disastrous fire in 1877, which left only the wings standing.

However, John Crichton-Stuart, the 3rd Marquess, was one of the wealthiest men of his day. He wished to live in a palace rather than a house, and embarked on a 21-year project which resulted in the present Mount Stuart – probably the most sumptuous mansion in Scotland. He employed the Scottish architect, Robert Rowand Anderson, but designed the interiors himself.

The new build was in neo-gothic style, but incorporated the surviving wings of the earlier house, providing a uniquely interesting architectural mix. It surpassed its predecessor in grandeur, scale and ingenuity. Mount Stuart was the first house in Scotland to be wired for electricity and to have a lift, a central heating system, and even a heated indoor swimming pool. All of those things still work today!

The 3rd Marquess spared no expense on the lavish interior, where the emphasis is on quality and detailed craftsmanship. The Marble Hall is a captivating confection of tiered gothic colonnades built of 20 different types of marble, rising to an 80-foot-high vaulted ceiling decorated with a map of the stars made of glass crystals set into the stone. The magnificent Marble Chapel has a Cosmati-style floor, similar to the ones in the Sistine Chapel and Westminster Abbey. 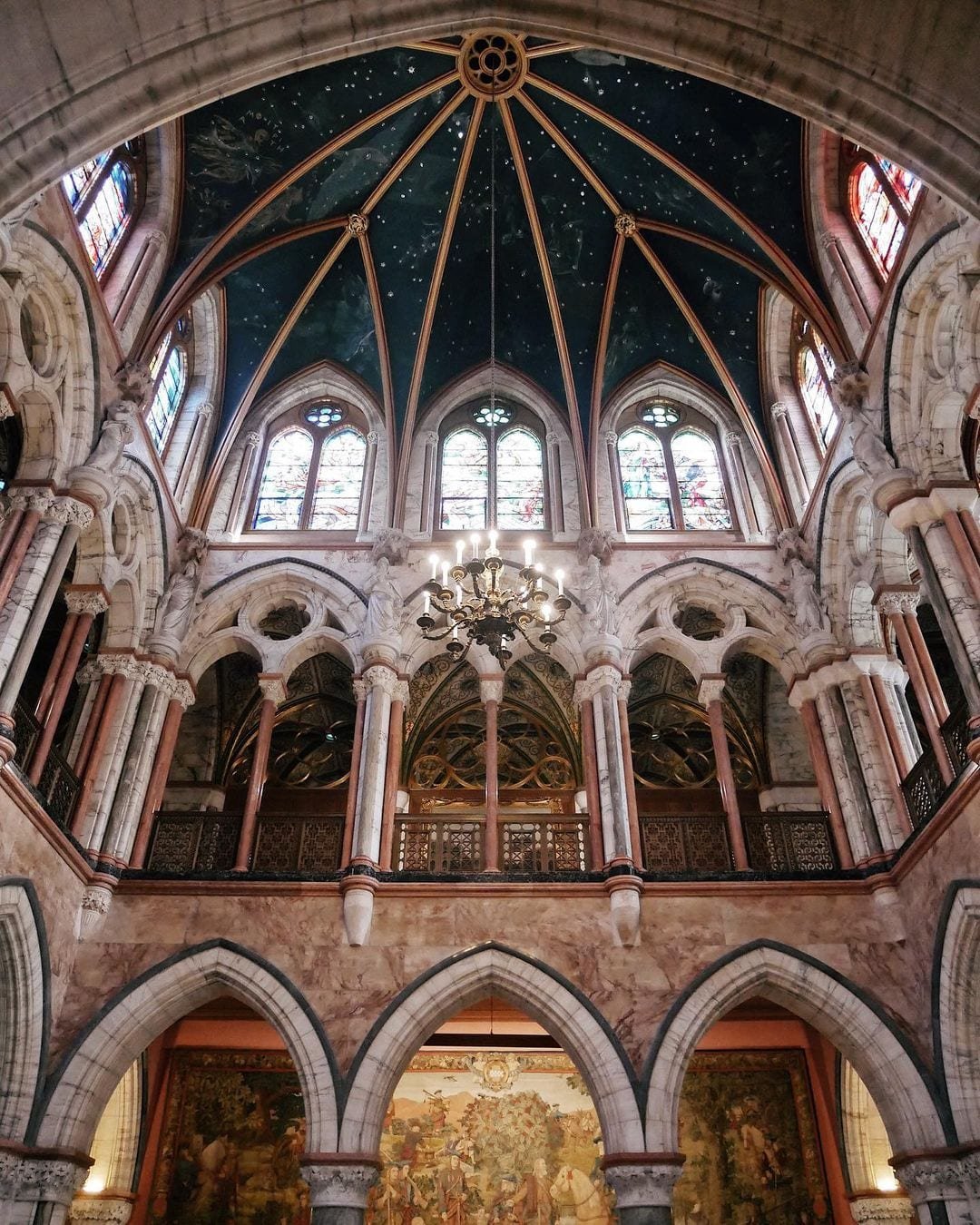 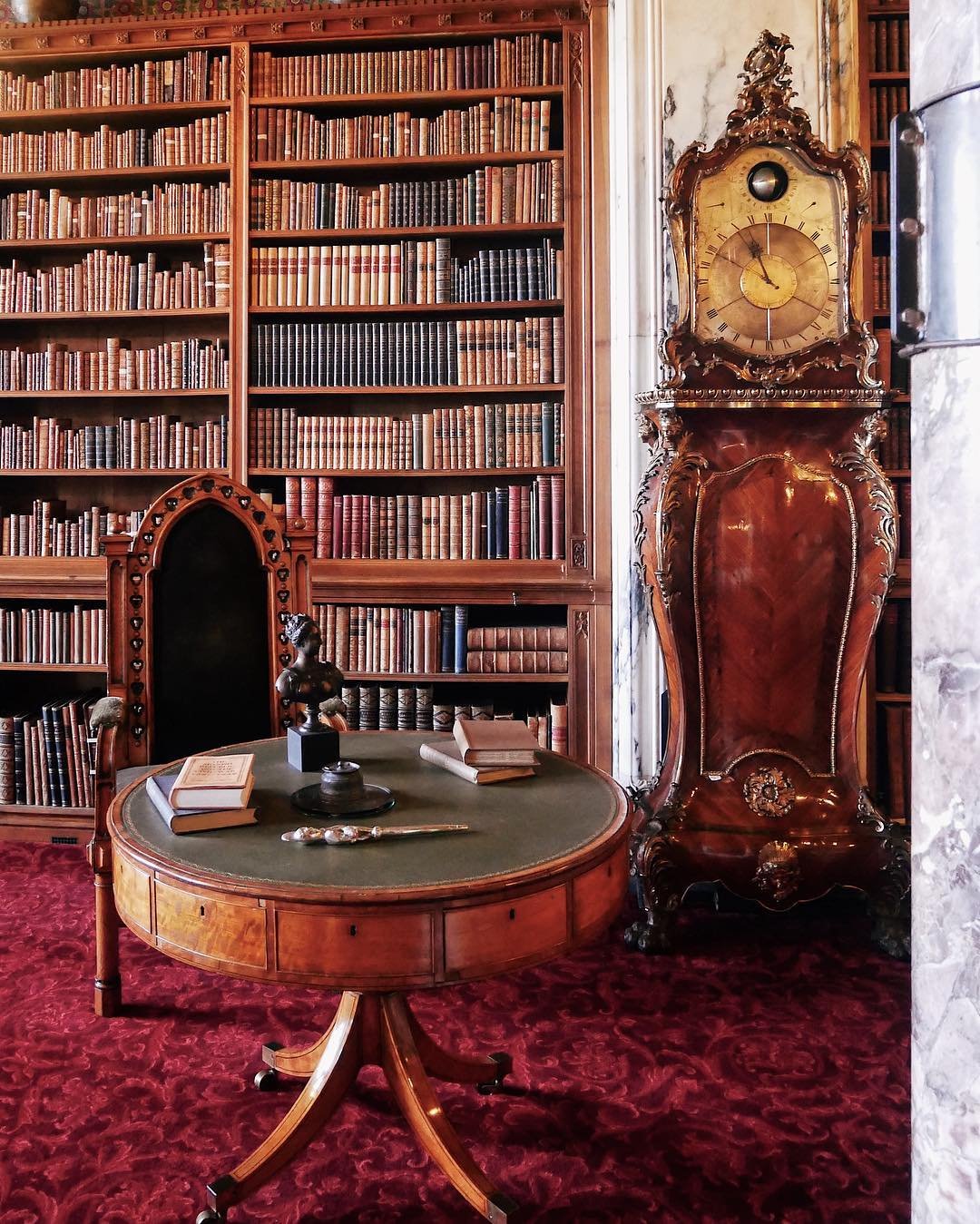 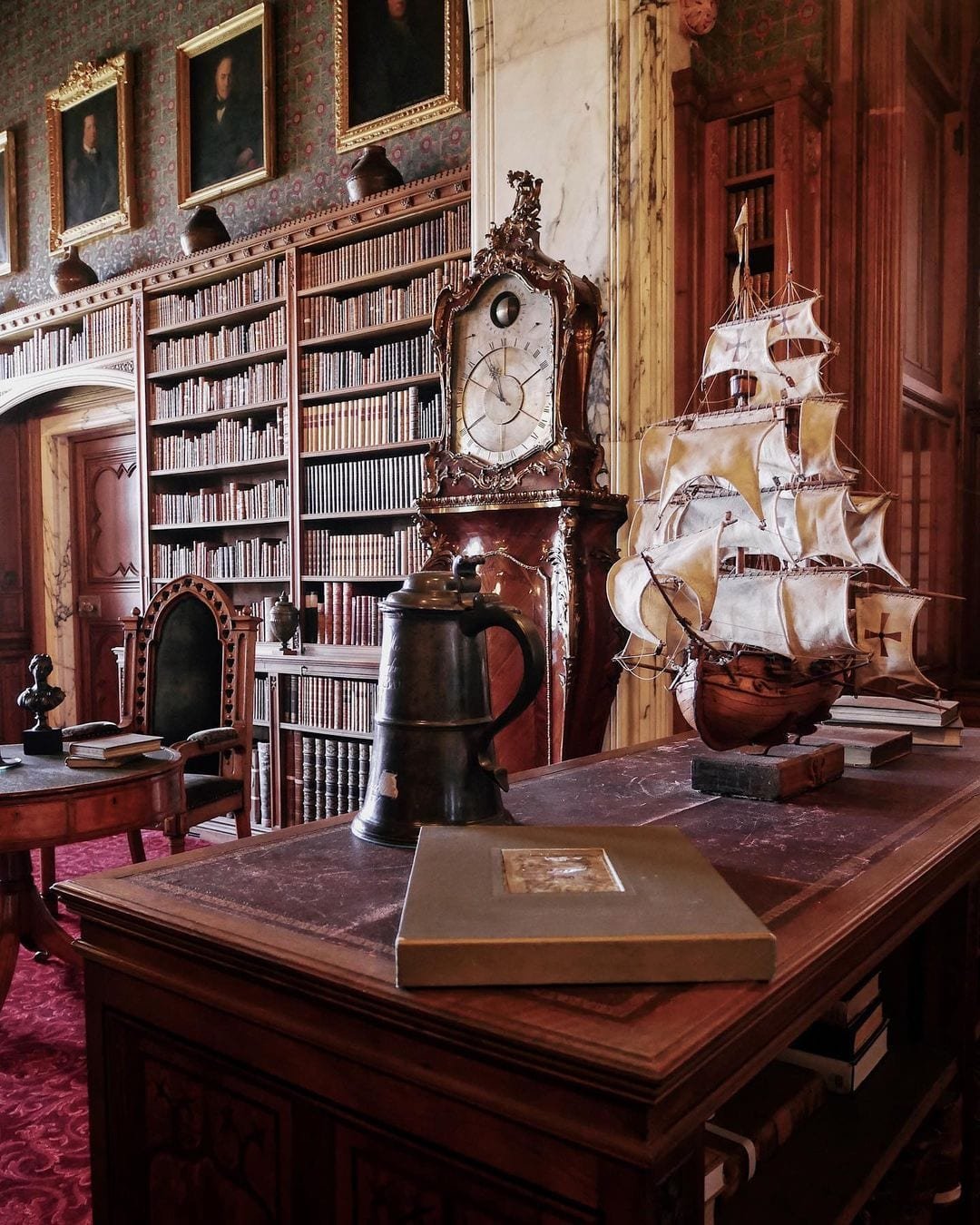 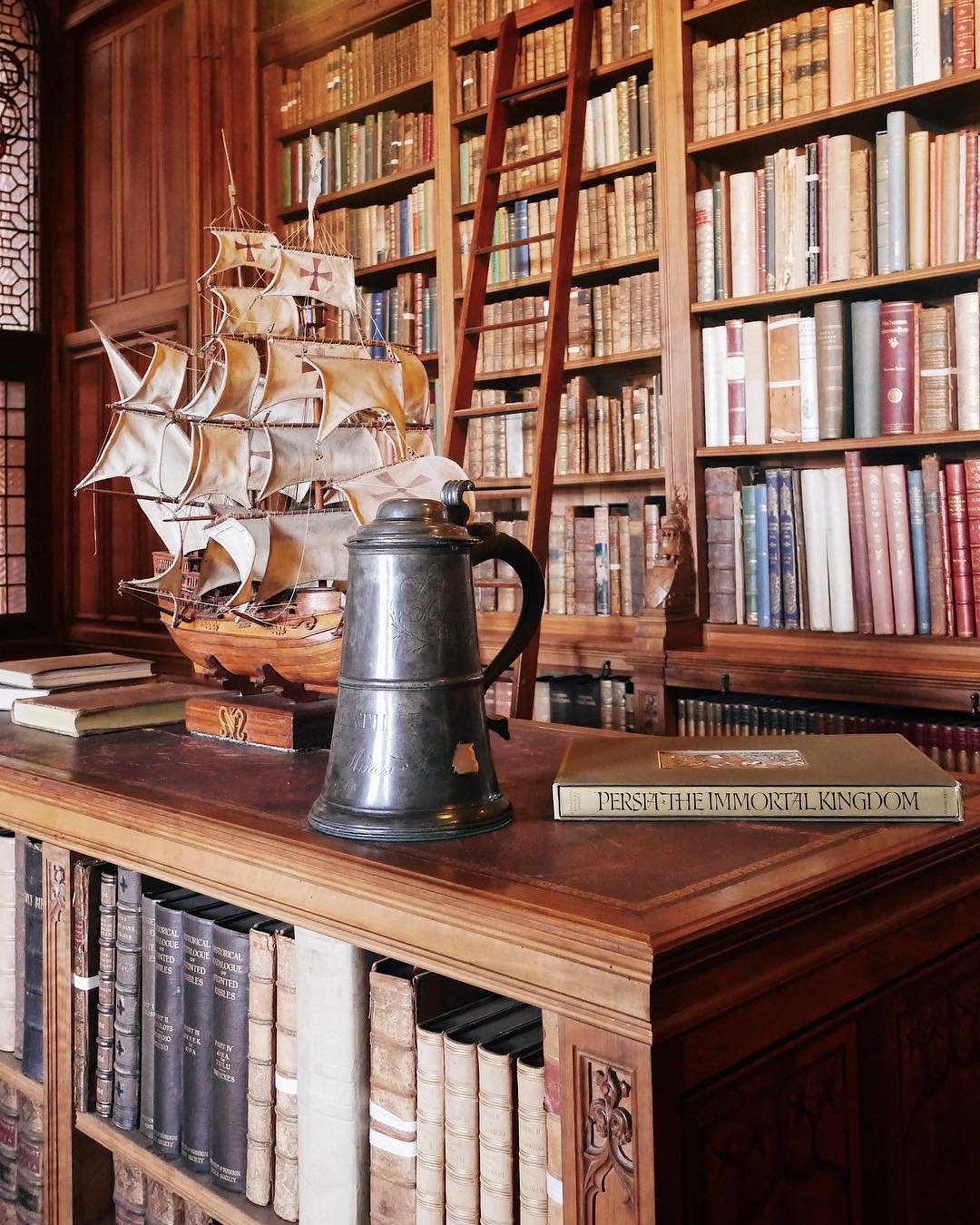 Throughout the great house, the work is of the highest standard. The dining room features Georgian fireplaces salvaged from the earlier Mount Stuart, but also panelling that incorporates fine carvings of foraging squirrels. Everything is designed to evoke a lasting sense of wonder and delight.

The gardens were first planted 300 years ago, and today contain thousands of plant varieties, arranged in various ways, from the Wee Garden to the Kitchen Garden to the Rock Garden designed by the famous Victorian landscape architect, Thomas Mawson. The gardens contain several champion trees, which is the more remarkable as the landscape of Bute is not mountainous and offers little shelter from the wind.

During the First World War, Mount Stuart was used as a naval hospital, complete with operating theatre – the Marble Hall was a hospital ward! Since 1989, the administration of the house has been placed in the hands of the Mount Stuart Trust, which maintains it for the enjoyment of the public. Nonetheless, Mount Stuart remains the family seat of the Crichton-Stuart Marquesses of Bute. 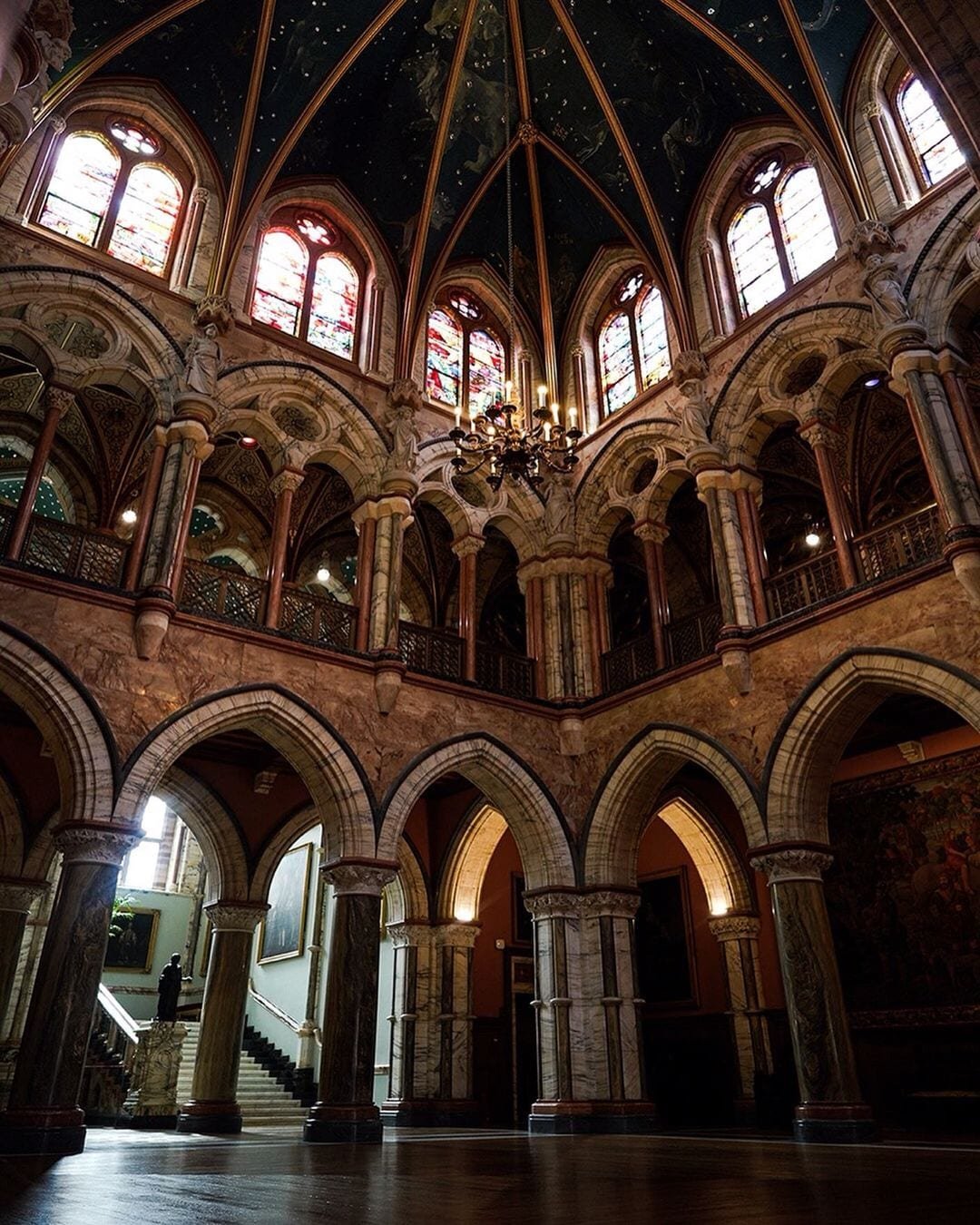 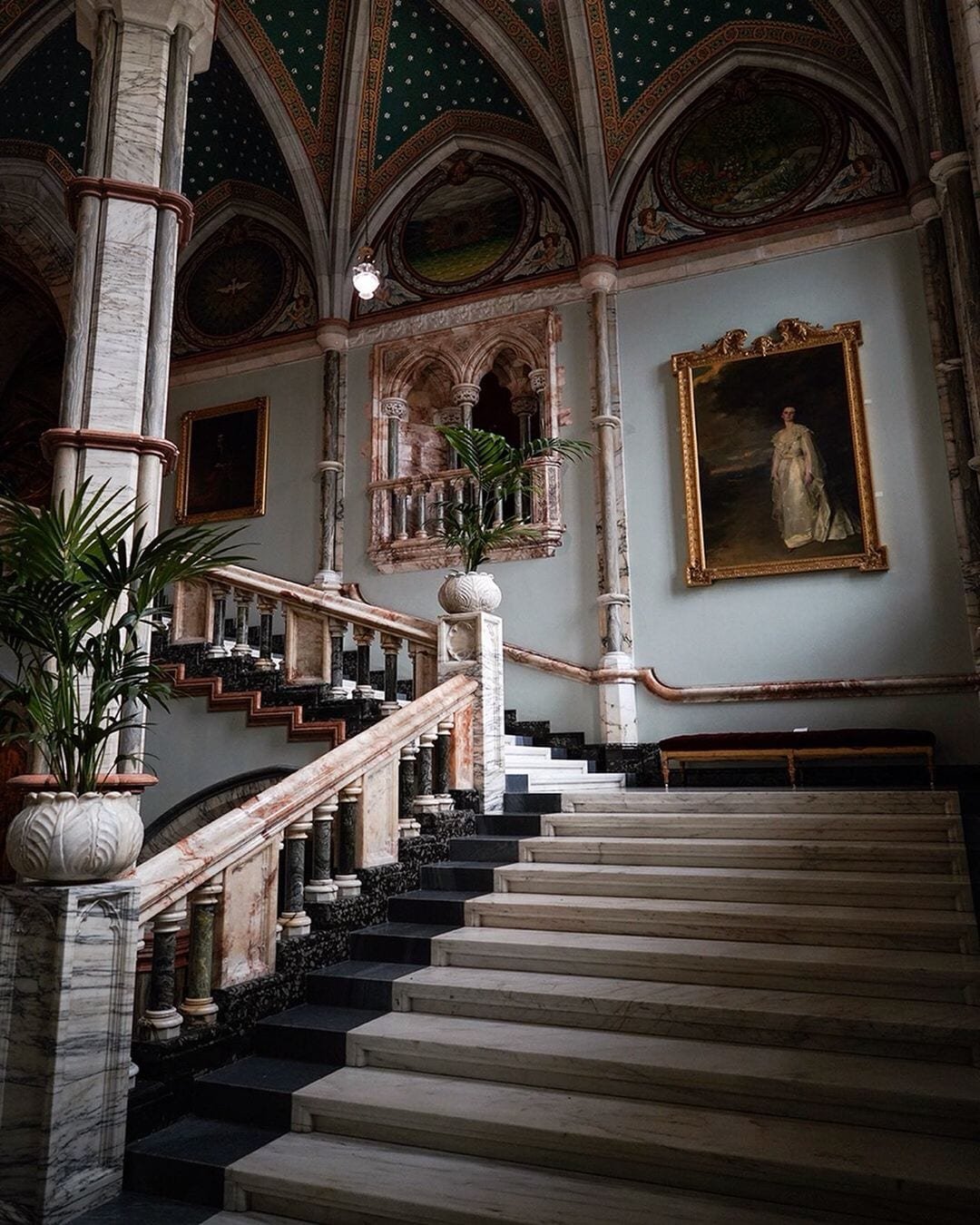 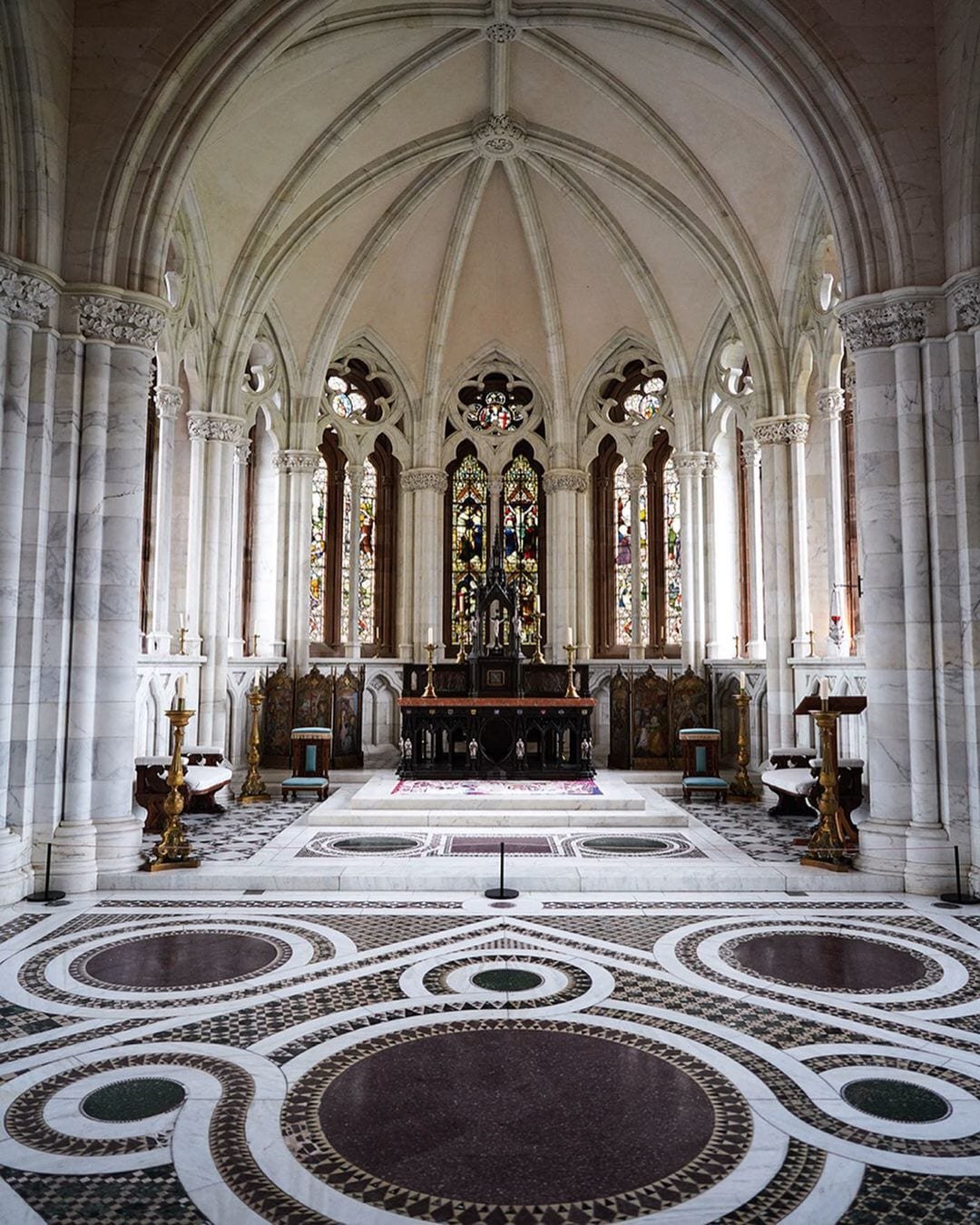 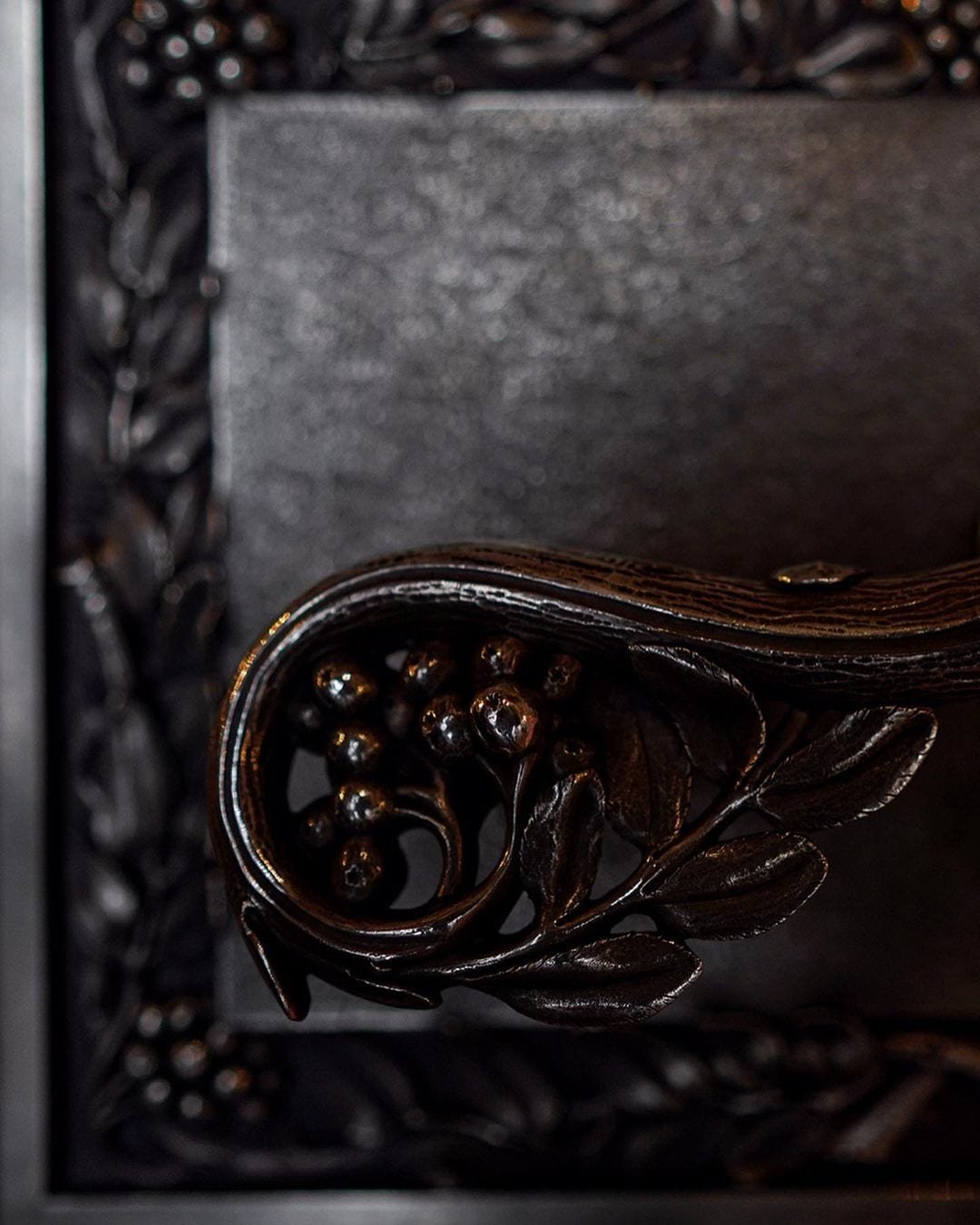