LEITH AND THE SHORE

Described by Time Out as one of the world’s coolest city neighbourhoods – thrashing popular global hotspots such as Miami, Dubai and Toronto – Leith has come a long way since Irvine Welsh’s bleak portrayal of an area polluted by poverty, drug-taking and hopelessness.

In fact, Leith has undergone a remarkable transformation since Trainspotting hit the bookshelves in the early 1990s; today, it is home to the greatest concentration of Michelin-starred restaurants in the country, while cultural festivals – the Edinburgh Mela and the Leith Festival, among others – are an annual feature of a lively arts scene.

Leith is the standout neighbourhood in the whole of the city of Edinburgh, with a distinctive character that is unrivalled even by eternally popular suburbs of Morningside and Stockbridge. Its ethnically diverse population, including young and ambitious professionals, have shaped a community that is as eclectic as it is vivacious, a hive of energy and enthusiasm that spills on the streets from the almost unlimited restaurants, bars and delicatessens.

Once a powerhouse in maritime trade and shipbuilding, Leith’s role as a port may have long since diminished, but its heritage is still tangible: the Royal Yacht Britannia, once a symbolic royal residence, is a must-see attraction, while the scenic waterfront offers spectacular views of Fife and beyond.

It’s little more than a 20-minute bus ride from Edinburgh’s Old Town to the centre of Leith, yet the most rewarding way to reach the neighbourhood is to enjoy a gentle wander along the Water of Leith, the captivating footpath emerging in the upmarket district of the Shore, which is renowned for its contemporary bistros, fashionable bars and exquisite restaurants. Alternatively, the Leith Walk, a mile-long saunter through an unimaginable array of independent shops, connects the district with Princes Street; local rumour claims there’s little that can’t be found tucked away somewhere along this intriguing retail alley. 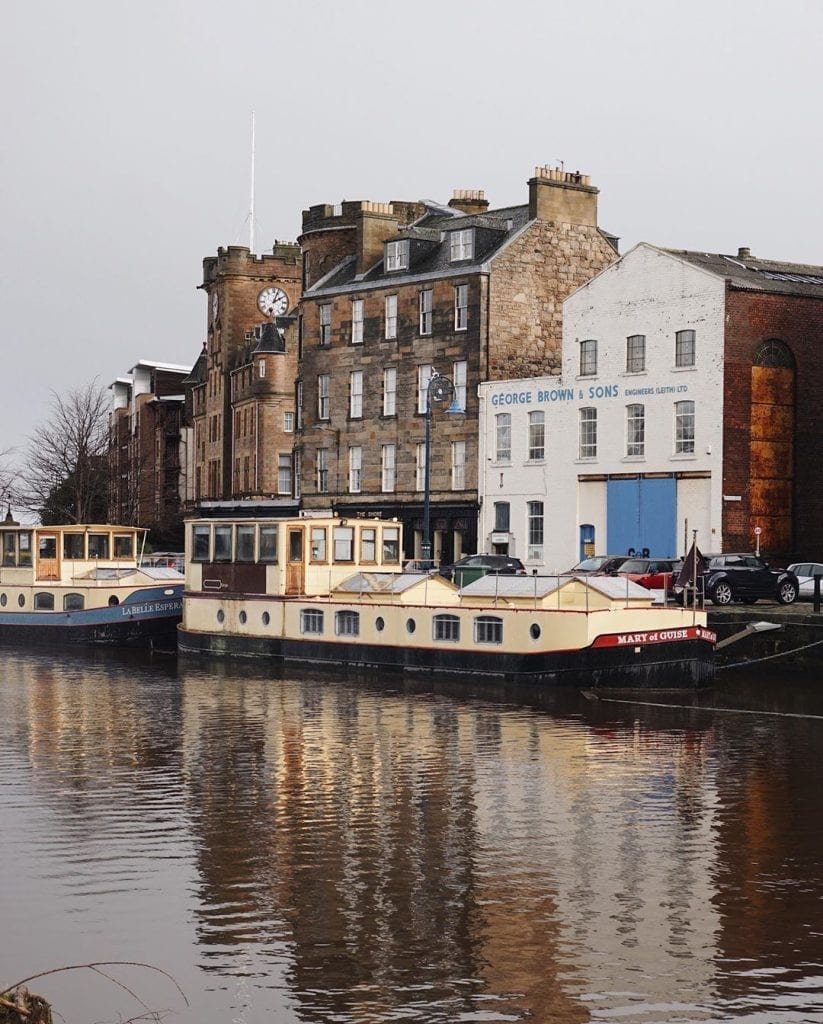 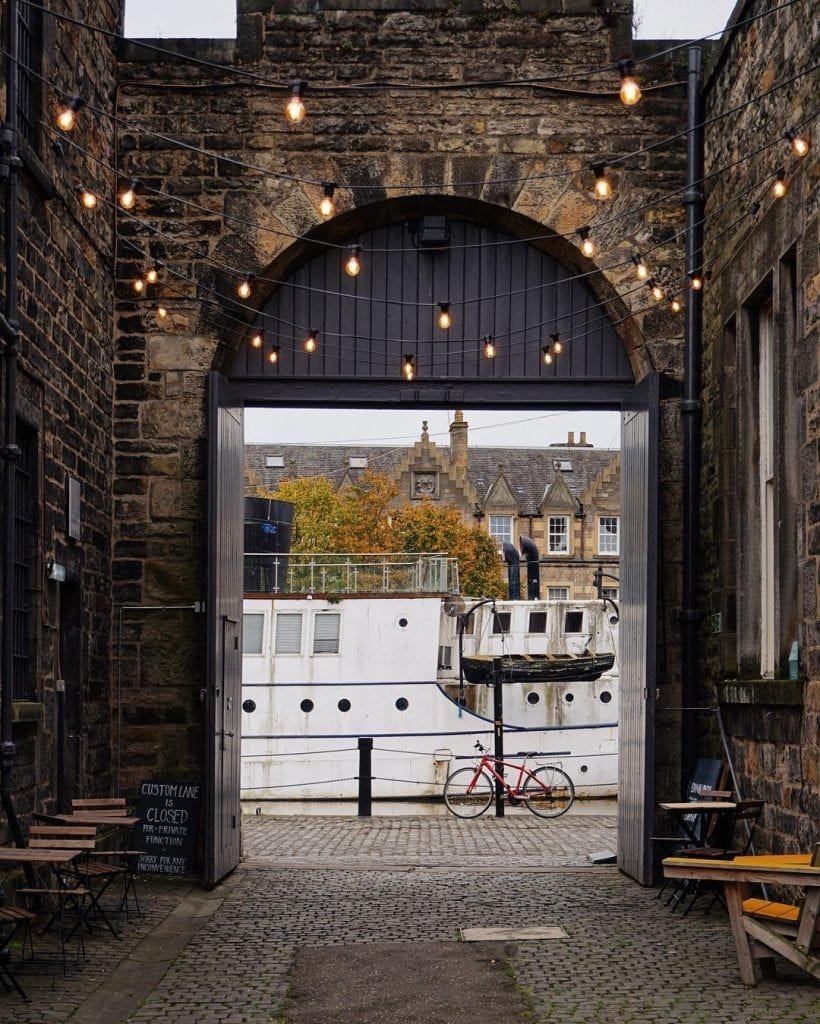 The History of Leith

Leith first emerged in the 12th century, when it was included in the Foundation Charter for Holyrood Abbey in which the harbour and lands north of the river were gifted to the Abbots of Holyrood by David I.

A new harbour was created on the south side of the river and, in the Middle Ages, trade incorporations were established in North and South Leith, although these were viewed by Edinburgh as inferior to the city itself.
Edinburgh, however, provided the finances for Leith to expand later, after the town became the most important port in Scotland following the loss of Berwick to England.

Only when the trade routes to the Americas were launched in the 18th century did Leith lose its status as the country’s busiest port to Glasgow. Shipbuilding, however, emerged as a principal industry in Leith – in fact, the first traces of shipbuilding date back to the 15th century, long before a single vessel was delivered on the Clyde, the more famous of Scotland’s shipbuilding communities.

Independence from Edinburgh was granted in 1833, but Leith and the capital city were reunified shortly after the end of World War I. As with so many communities in the UK, the heavy industry and shipbuilding have long since been silenced, meaning Leith and its residents must forge a new future in a rapidly changing world. 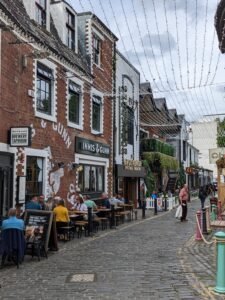