The Isle of Jura: The Definitive Guide

In collaboration with Jura Whisky

The Isle of Jura

In collaboration with Jura Whisky

212 people. 6,000+ red deer. One road, one shop, one hotel and one pub – welcome to Jura. 11km wide and 43km long, Juran’s will tell you that everyone on the island knows everybody else – and you can’t go out without finding someone to chat to.

Taking its name from the Old Nordic meaning ‘deer island’, Jura is one of the jewels of the Inner Hebrides. Its natural beauty and deep sense of community have brought tourists to its shores for centuries and convinced visitors from all over to take a chance on ‘island living’. Now, Jura is a close-knit community of people whose passion and zest for life is injected not just into everyday living, but into very lifeblood of the island itself. One visit and you’ll understand how these two hundred people defy any pre-conceived notions of what island life is truly like.

The History of Jura

The island’s history dates back centuries, though many historians believe it was the Neolithic era that first welcomed humans onto the island. Before this, Jura was almost entirely covered in forest and local animals – but the presence of Standing Stones on the island suggest that those early residents certainly left their mark. Some historians have even theorised that early settlers on the island were not from the Scottish mainland – but from Northern Ireland. Ulster is closer to Jura than Glasgow and would’ve made a natural place for residents to visit.

For a long time, the island was under Scandinavian rule. Norse Vikings took control of much of the Inner Hebrides for centuries, thanks to their convenient location near Northern Europe. It was even the source of the legend of Corryvreckan, where a Prince’s life was taken when he tried to keep his boat moored using three different ropes.

To those not in the know, the island came to great prominence further South when author George Orwell stayed in Jura from 1946-48. Not only was it the place where he completed his seminal novel ‘1984’, but he also named it the most ‘un-get-at-able place’ in the world. Much like the Scandinavian prince, Orwell was also nearly taken by the Corryvreckan Whirlpool during a boating trip with a friend. Barnhill Farmhouse – where Orwell stayed to write – is still available for lovers of the writer to visit and see the place where he was inspired. Orwell wasn’t kidding when he called the place ‘un-get-at-able’, but nowadays, Jura is easier to access from multiple points.

If you’re coming from mainland Scotland, the Jura Passenger Ferry will get you from the mainland to the island – and is the most popular route for locals crossing. Departing from Tayvallich on the Knapdale Peninsula, your boat trip will give you ample time to admire the natural landscape as you approach the island.

Visitors from elsewhere can begin their journey in Glasgow, which can be reached by night train, plane and ordinary train. Take the bus from Buchanan Street Bus Station and in four hours, you’ll be on Jura.

A ferry can also be caught from Islay, which can be flown to with LoganAir. If you prefer to drive, you can catch the Calmac Car Ferry from Kennacraig to Islay and park your car on the island before transferring to Jura. 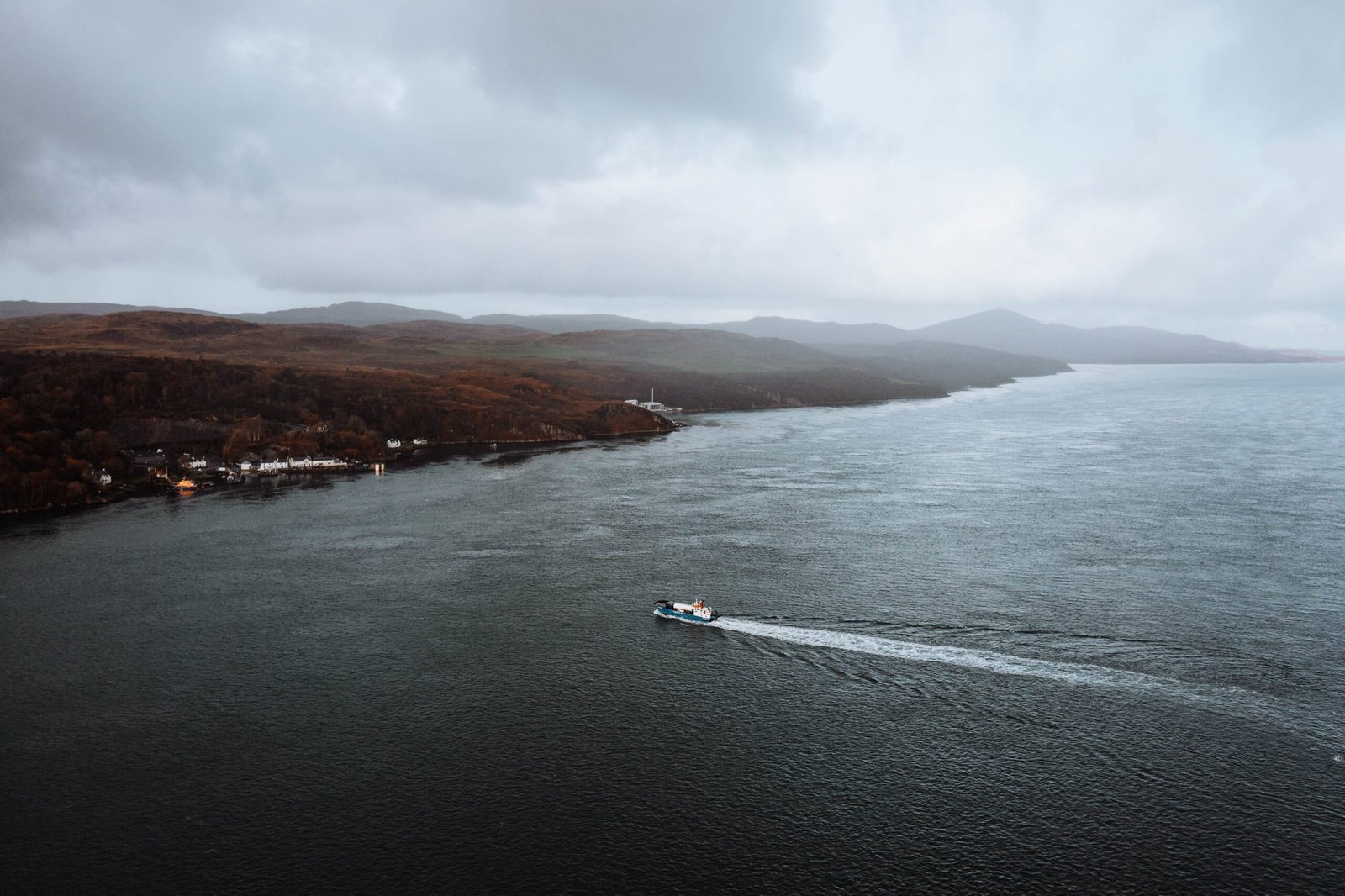 An iconic export, the very heart of the island is the Jura Distillery. Producing internationally renowned, award-winning whisky, their remarkable collection of single malt scotch whiskies have made them one of Scotland’s most revered producers. Not only does it create incredible spirits, but it’s also one of the island’s central employers and a pillar of support for the community.

Originally built in 1810 by the Laird of Jura – part of Clan Campbell, a dominant force on the island until 1938 – the distillery produced for a number of years before falling into disrepair and eventually being decommissioned altogether.

But, in the 1960s, the intrepid thoughts of two local estate-owners breathed new life into the building and helped revive the community. Tony Riley-Smith and Robin Fletcher decided to pool their resources and renovate the place entirely so it could begin producing whisky again and support the local economy. Building was completed in 1968 and now, a collection of distinctive single malts are produced and sold around the world. These include:

Each bottle of Jura Whisky is a celebration of its island home and embodies the passion of those who make it. This remote Scottish island provides the canvas from which these dedicated islanders take their inspiration and the distillery provides the means by which to bring this to life through whisky making. 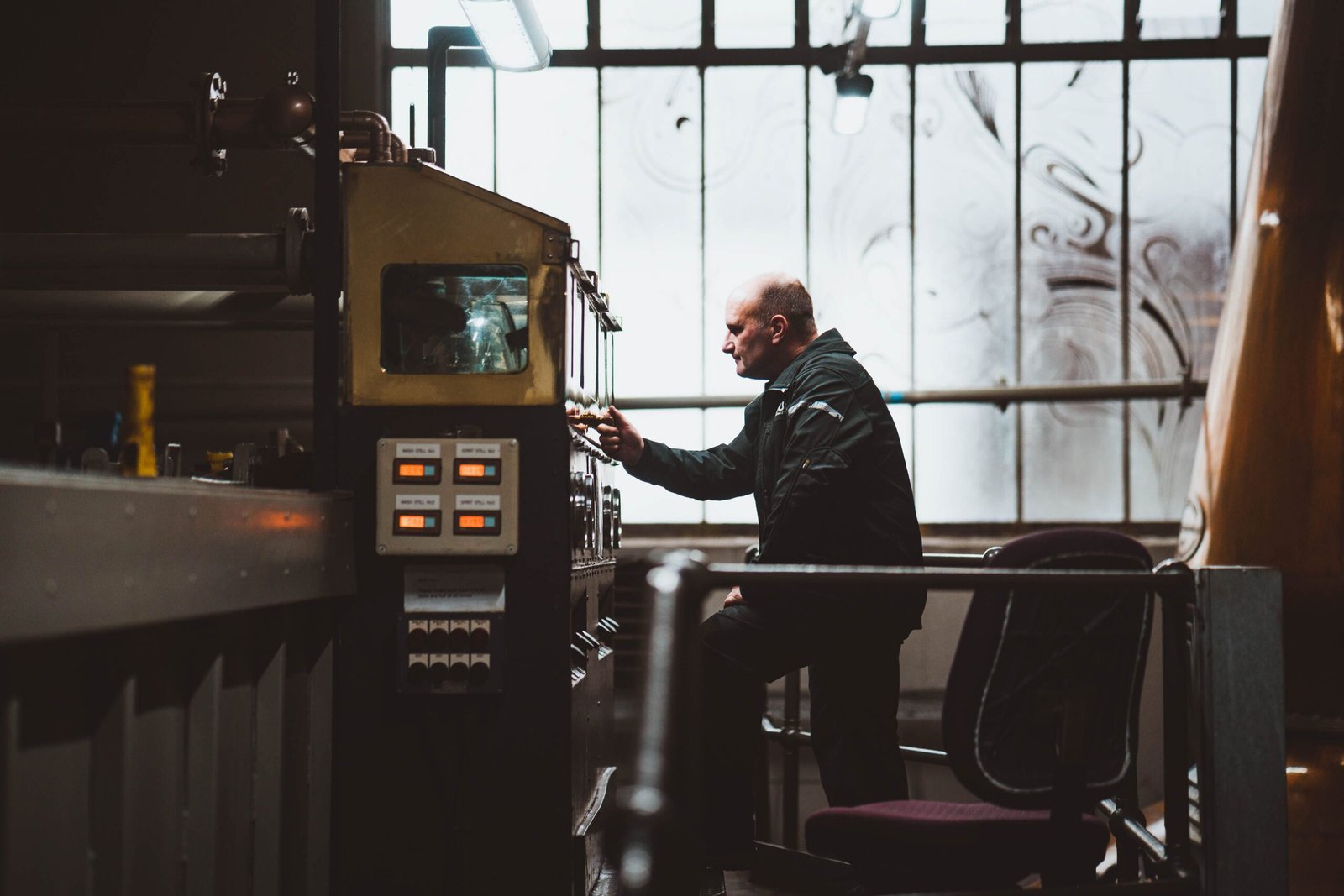 For such a small island, you might be surprised at how much there is to do on Jura.

It goes without saying, but every visitor should make a trip to tour the Jura Distillery. The beating heart of the island, their on-site visitor’s centre details the history of the distillery and its current-day operations. You can even book a tour of the distillery and will have the chance to taste some of Jura’s unique blends. Those who like to indulge in a good drink should also visit the island’s two other spirit-makers – Deer Island Rum, who make spiced rums, and Lussa Gin, who distil botanic-infused gins right on the island. 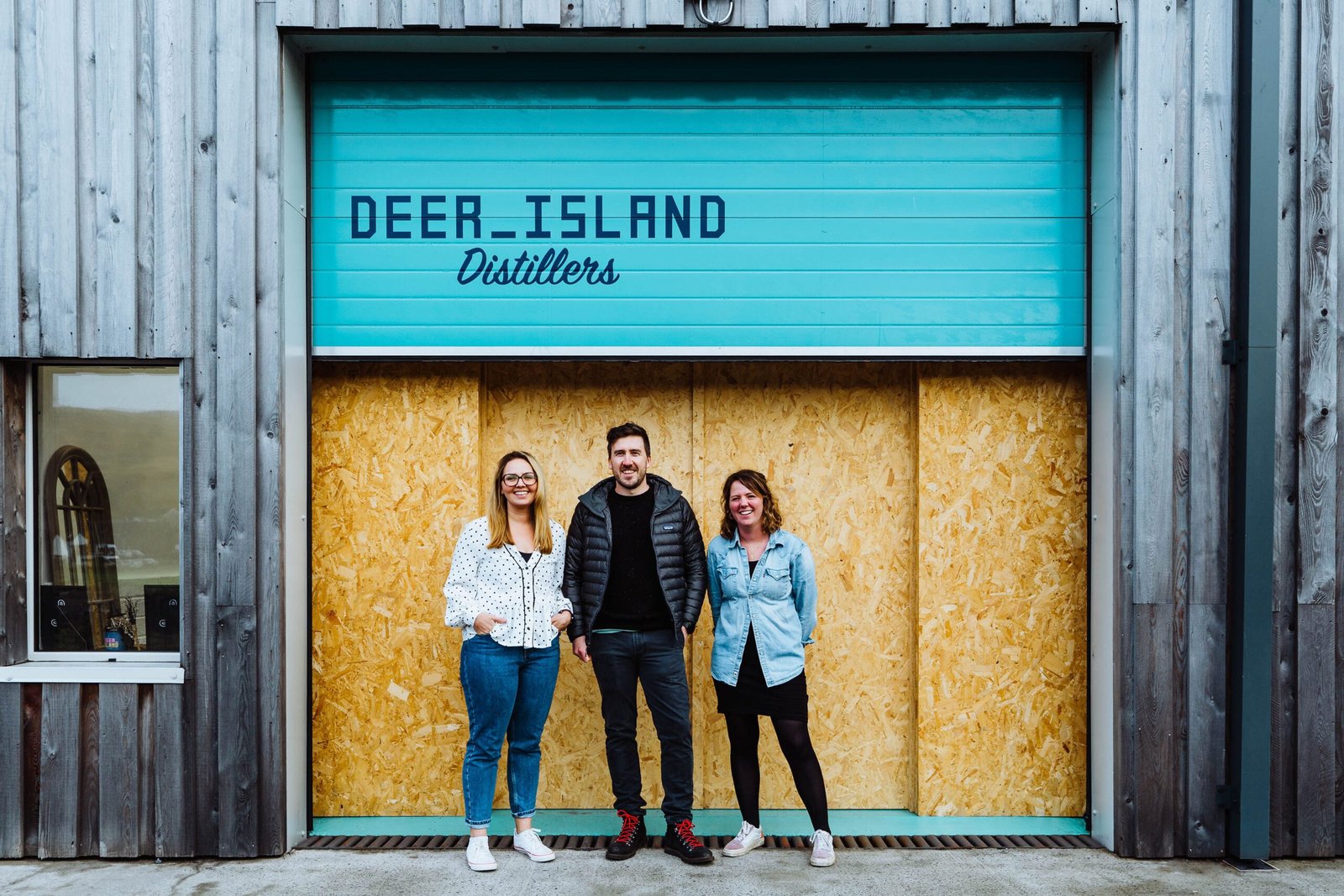 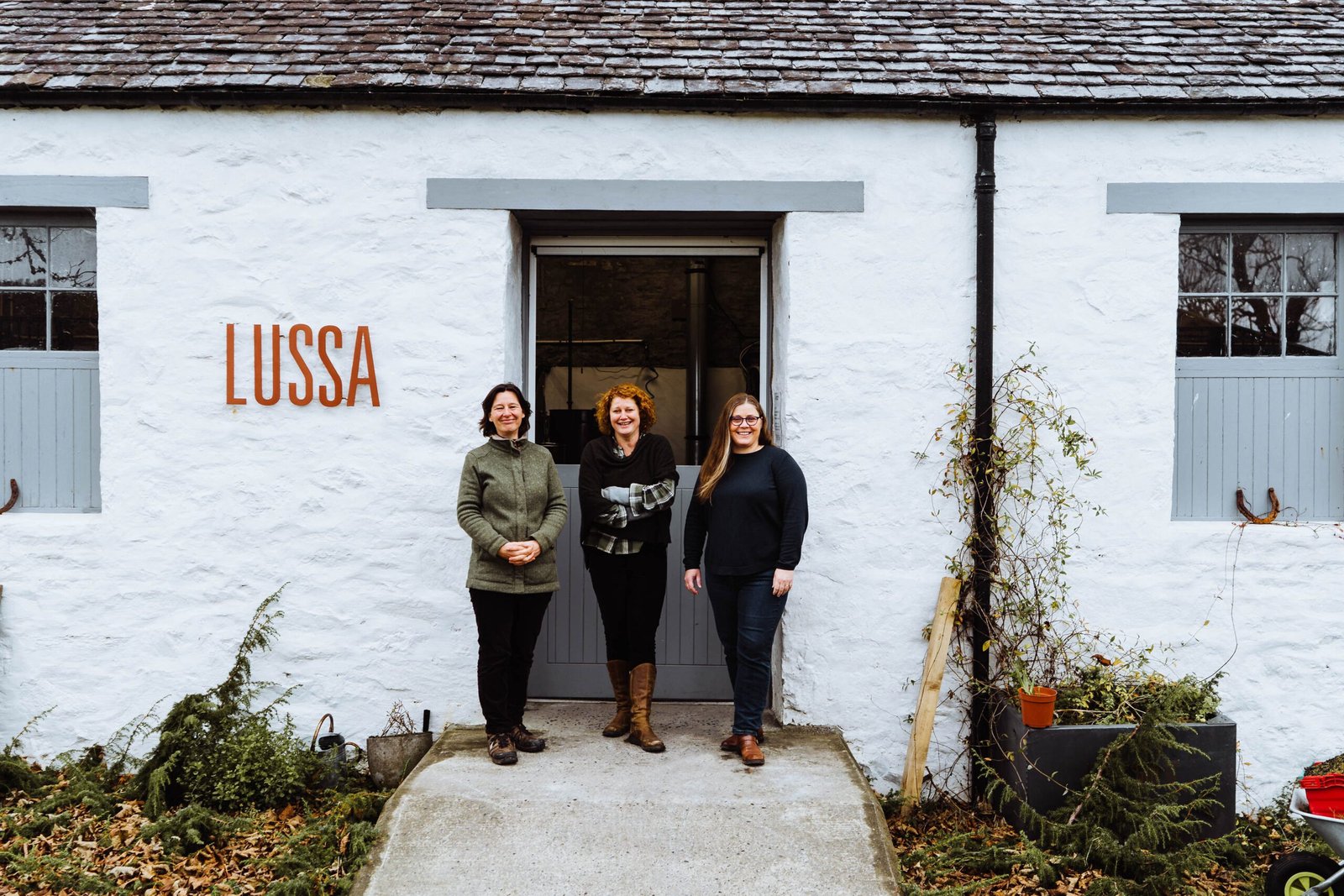 The highlight of the Jura Social Calendar has to be the Jura Music Festival, which has been held annually for over a quarter of a century. Organized by locals, it aims to showcase the music of local bands and performers, as well as encouraging and teaching young people instrumental and music skills.

If you’re looking to get back to nature, you can go up into the hills or down to the coast.

One of Jura’s most famous landmarks, the Paps are a must visit for tourists. These three, cone-shaped mountains overlook the island from the western side and get their name from the Old Norse for breast – you can probably understand why. Standing at over 2,500 feet high, the mountains are popular with experienced hikers and runners who can follow a trail across all three Paps. On a clear day, at the top, you can see out across to the Scottish mainland and, in the other direction, towards Northern Ireland. 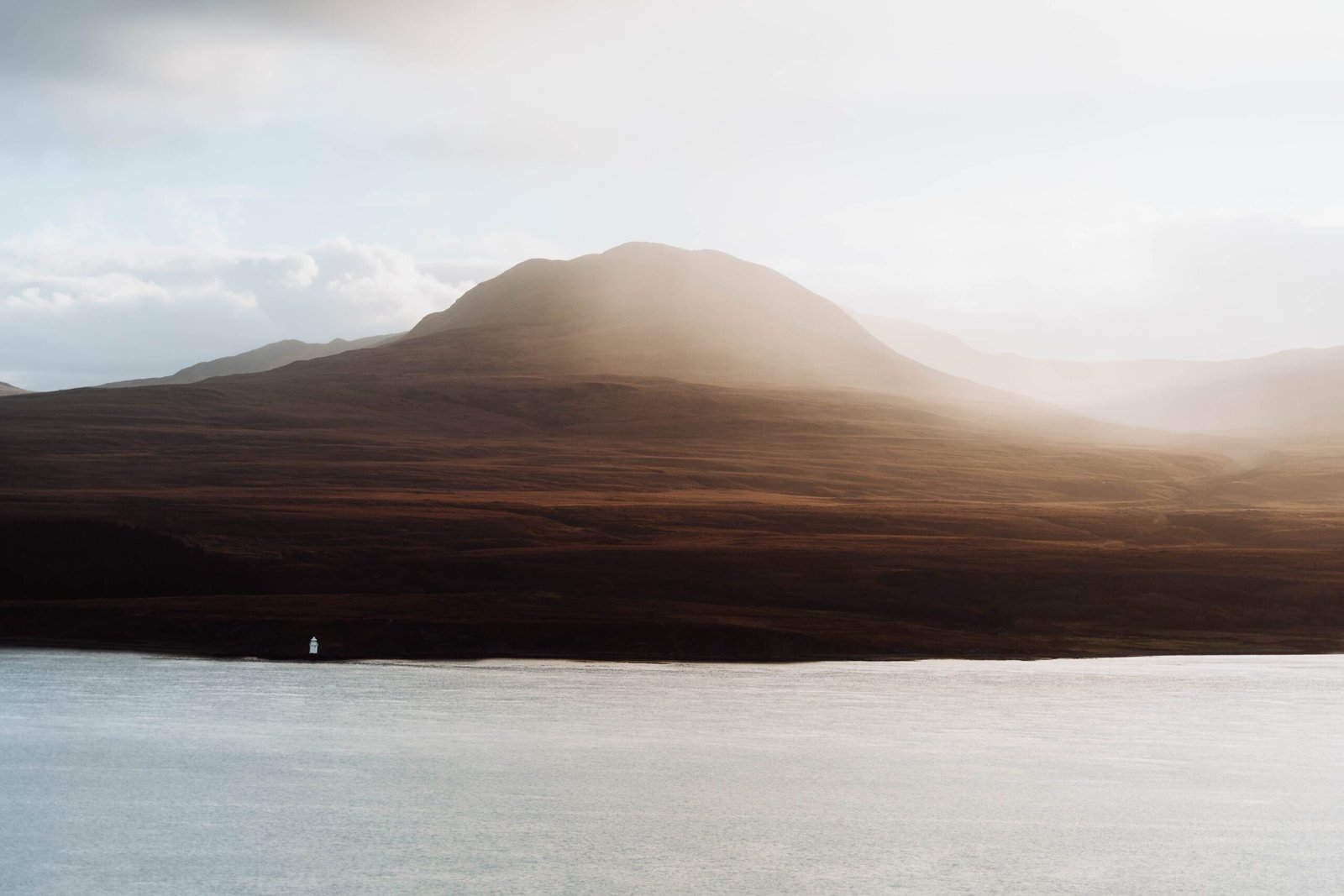 Head down to the coast and you’ll experience the beautiful beaches and bays that make up the 115km of island coastline. The mysterious Corryvreckan Whirlpool is the stuff of local legend. The Royal Navy even called it Britain’s most treacherous stretch of water! The third largest whirlpool in the world, Corryvreckan is found in the narrow strait between Jura and Scarba and created by the warm waters of the Atlantic and an unusual underwater makeup. Legend has said that many mythological creatures came from the whirlpool – from kelpies to mermaids to the hag goddess of winter. It’s accessible only by boat tours, which can take you safely to the whirlpool itself.

If you’re looking for beaches, Corran Sands and the quieter Small Isles Bay are best enjoyed during the summer when the water is a little warmer than usual. It’s a great spot not just to walk or to enjoy the water, but to spy some of the local coastal wildlife. Alongside its grand population of deer, Jura is home to many colonies of ordinary and grey seals, who make their home in nearby Loch Tarbert. If you book onto the Jura Boat Tours, local Robert Henry will take you out from the coast to catch a glimpse of other wildlife – including dolphins and whales. 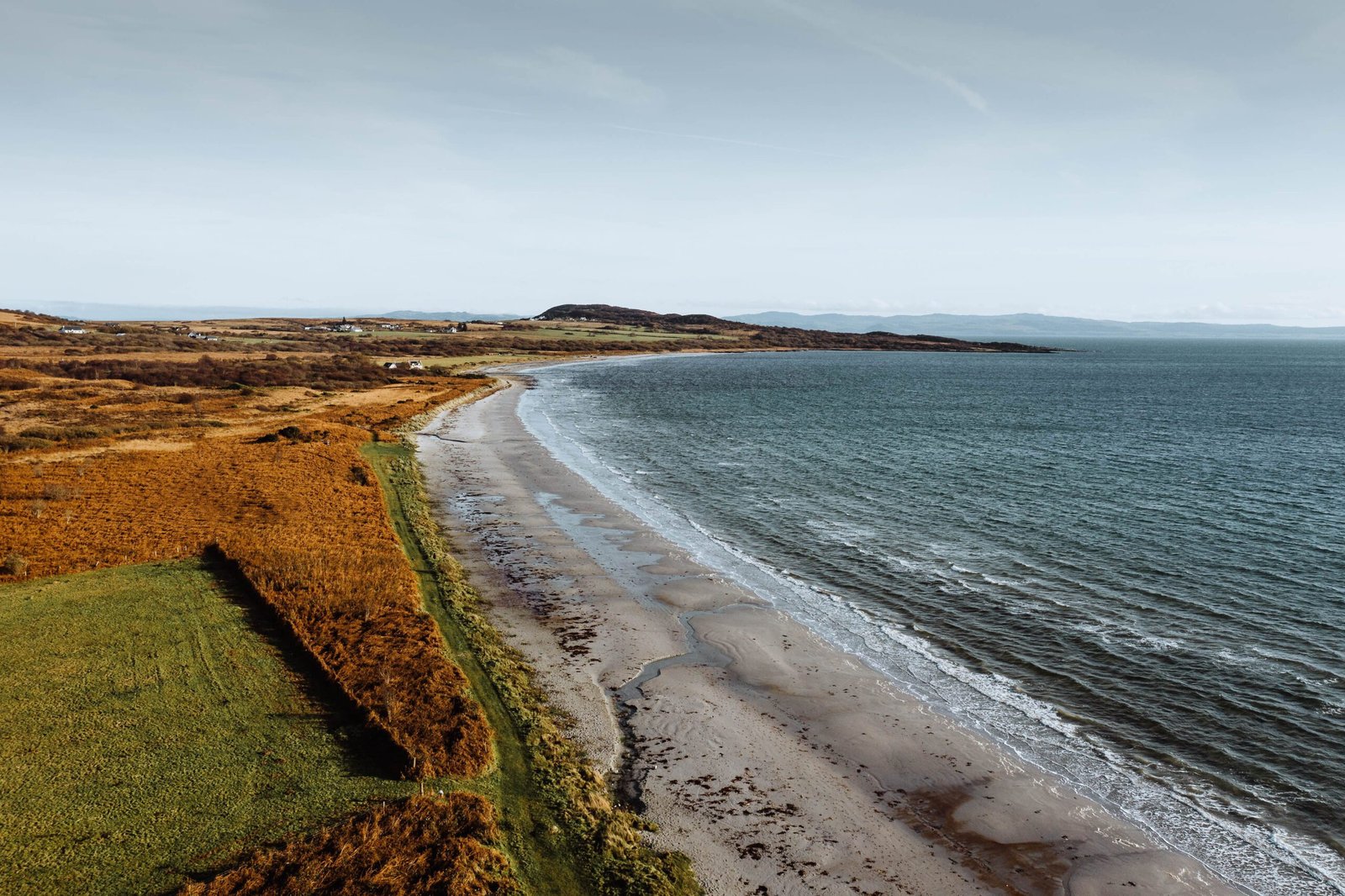 Of course, one of the best parts about Jura’s local community is how easy it is to meet them. You can visit the Community Shop in Craighouse (the only one on the island) that’s run by members of the local community, have a delicious meal in the Jura Hotel Restaurant and of course, stop by the Jura Pub where locals gather to enjoy great company and great drinks. 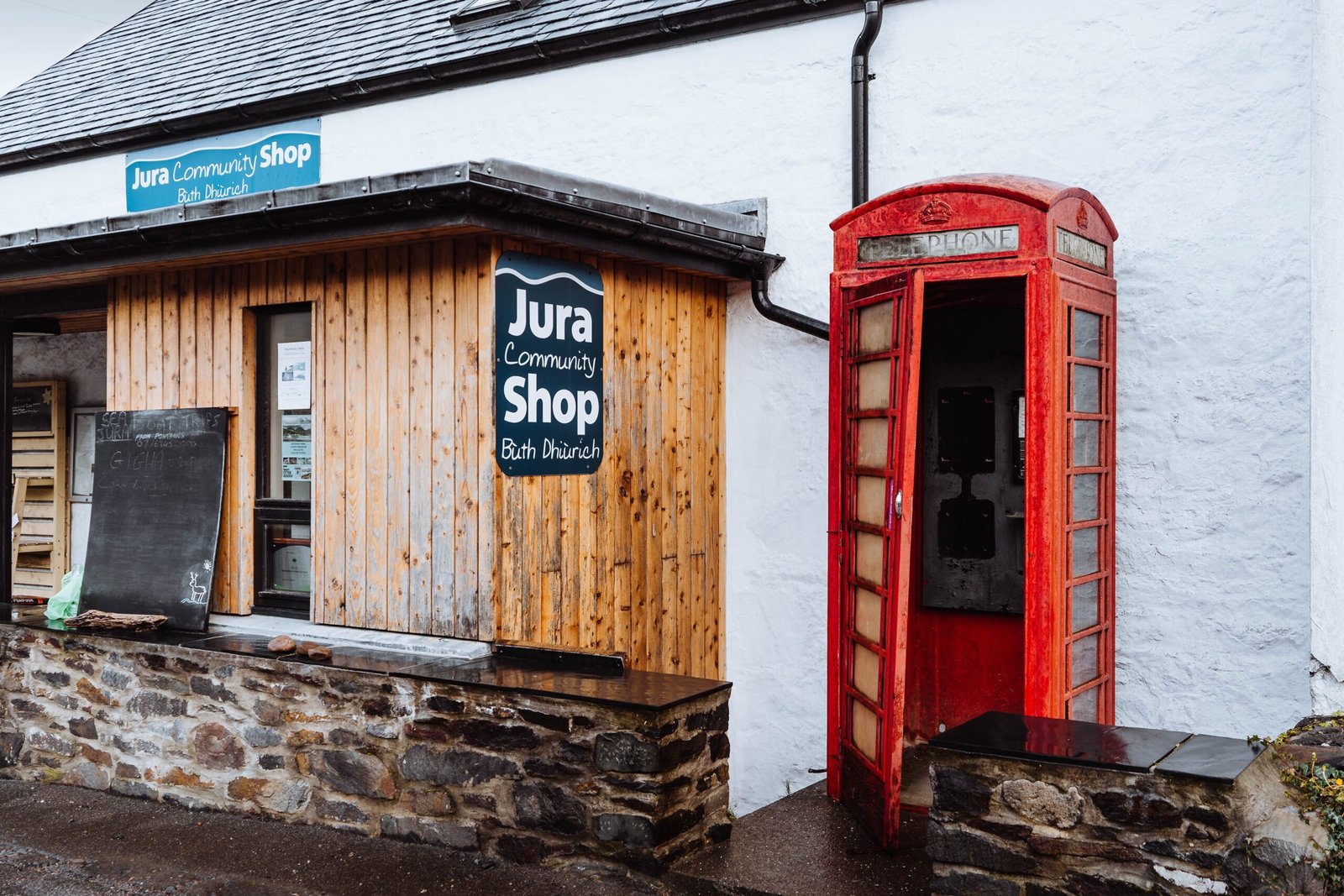 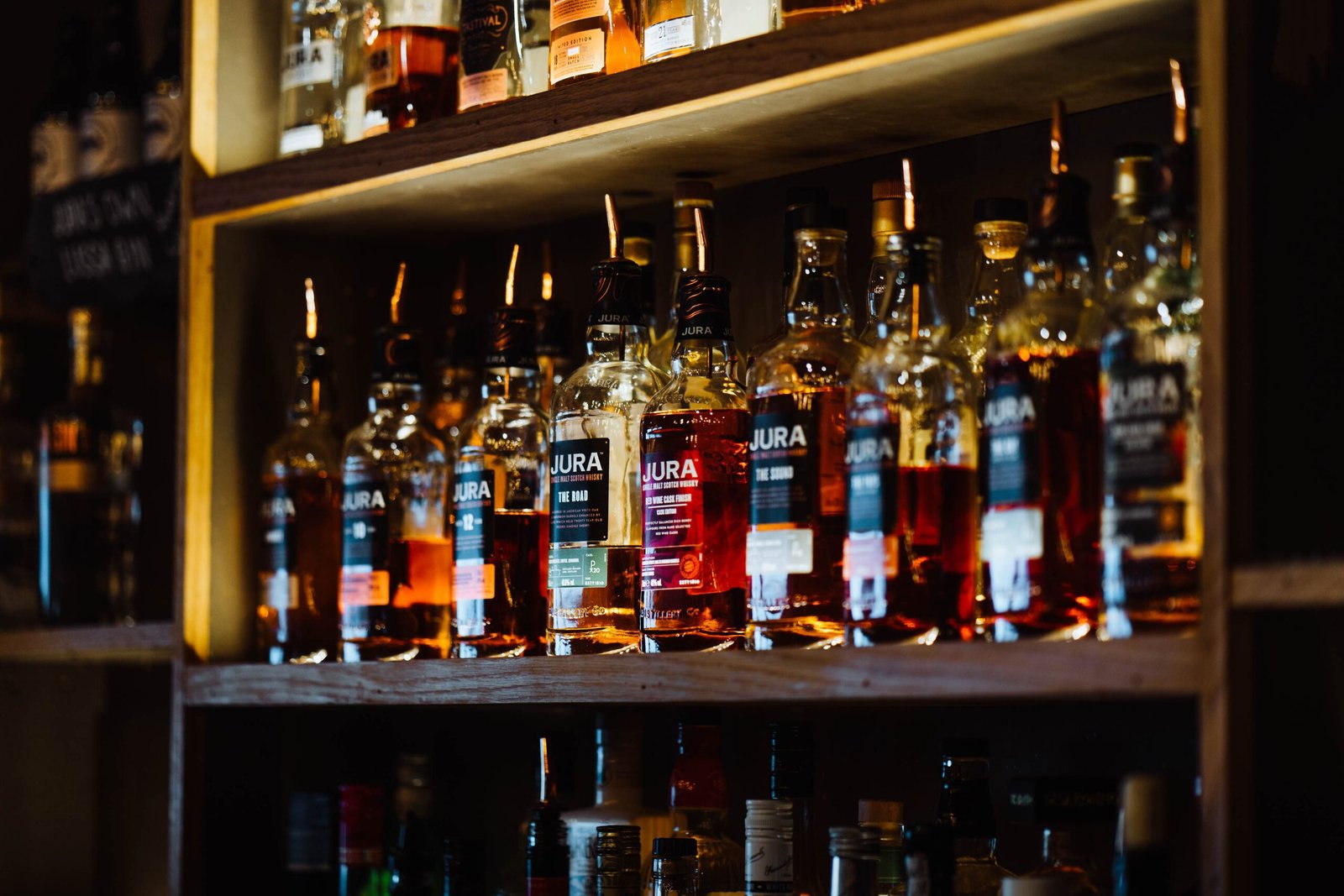 The island of Jura is a close-knit group of people who have stepped happily into island life and redefined what it means to live away from the mainland. Its lifeblood might have a few drops of whisky lingering in it, but it keeps the spirit of the island alive with each beat. For the people, for the spirit, for the natural beauty – Jura should be bumped right to the top of your ‘to-travel’ list.

Discover more things to do on Jura