Historical sites in Dumfries and Galloway

Historical sites in Dumfries and Galloway

Dumfries and Galloway are located in the South West of Scotland and share a border with Cumbria in England. This part of lowland Scotland is very scenic, with a rugged coastline, and inland there are acres of green, open pastures and forest. The area is also steeped in history stretching back over 800 years. This region is known as the place where Robert the Bruce murdered the Red Comyn in 1306 and also as the place where Robert Burns stayed until he died. Here is a selection of the best historical sites to visit while in Dumfries and Galloway.

Glenluce Abbey was a monastery for around 400 years. It’s very secluded and located in the valley of the Water of Luce. As well as the architecture, there is also an on-site museum and a chapter house that is still intact.

Cairn Holy Chambered Cairns is two Neolithic burial monuments; one is the tomb of a mythical Scottish king called Galdus. When the site was excavated, not many human remains were found, but artefacts believed to be around 5000 years old were discovered. The views from here are also impressive, as the site is situated on a hill with amazing views overlooking Wigtown Bay. 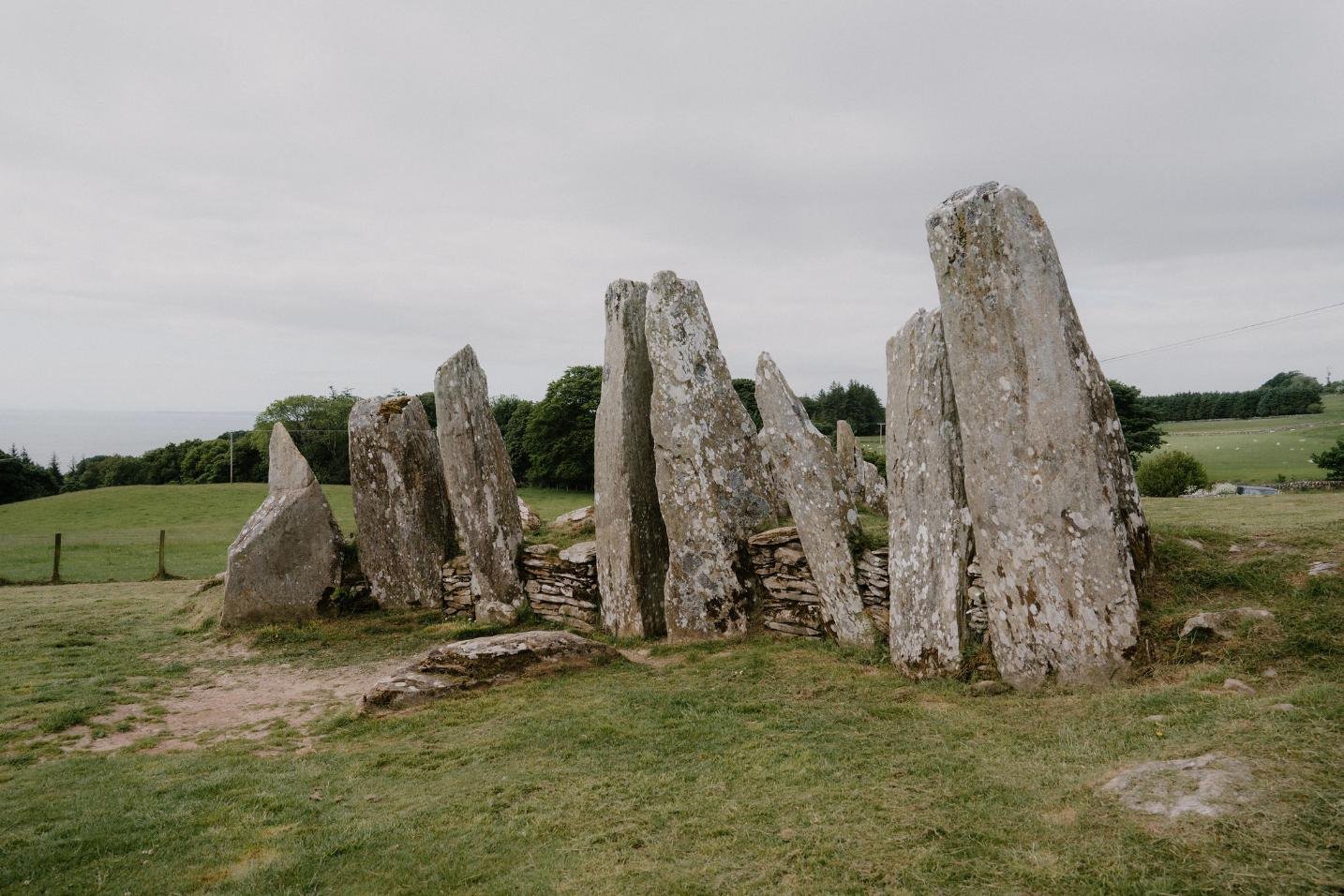 Burnswark Roman Fort is located on Burnwark hill and is made up of many Roman earthworks. Some experts believe this is evidence that a siege took place here. The pasture and moorland are very picturesque and the contour fort on this hill is impressive to look at. It is believed to have been occupied during the Iron Age and the Roman Iron Age, which means it was home to many people during 400BC – 800BC.

Drumlanrig Castle & Country Estate is made up of 90,000 acres and is one of the grandest castles in the United Kingdom. The castle has 120 rooms, 17 turrets and four towers, and on the grounds, there is even a separate holiday area where it is possible to rent an apartment or a cottage. The castle was built in the 17th century and has belonged to the Douglas family for generations. There is a vast amount of artwork and tapestries inside the castle and a lot of the castle is open to visitors.

The ruins of Dunskey Castle are well worth a visit. The site is magnificent and the castle is perched on rocks that jut out into the Irish sea. The powerhouse is believed to have been built during the mid 16th century and the long wing was added shortly after, but there is evidence that another castle was on the site dating back to the 14th century. By 1700, the castle was completely derelict. 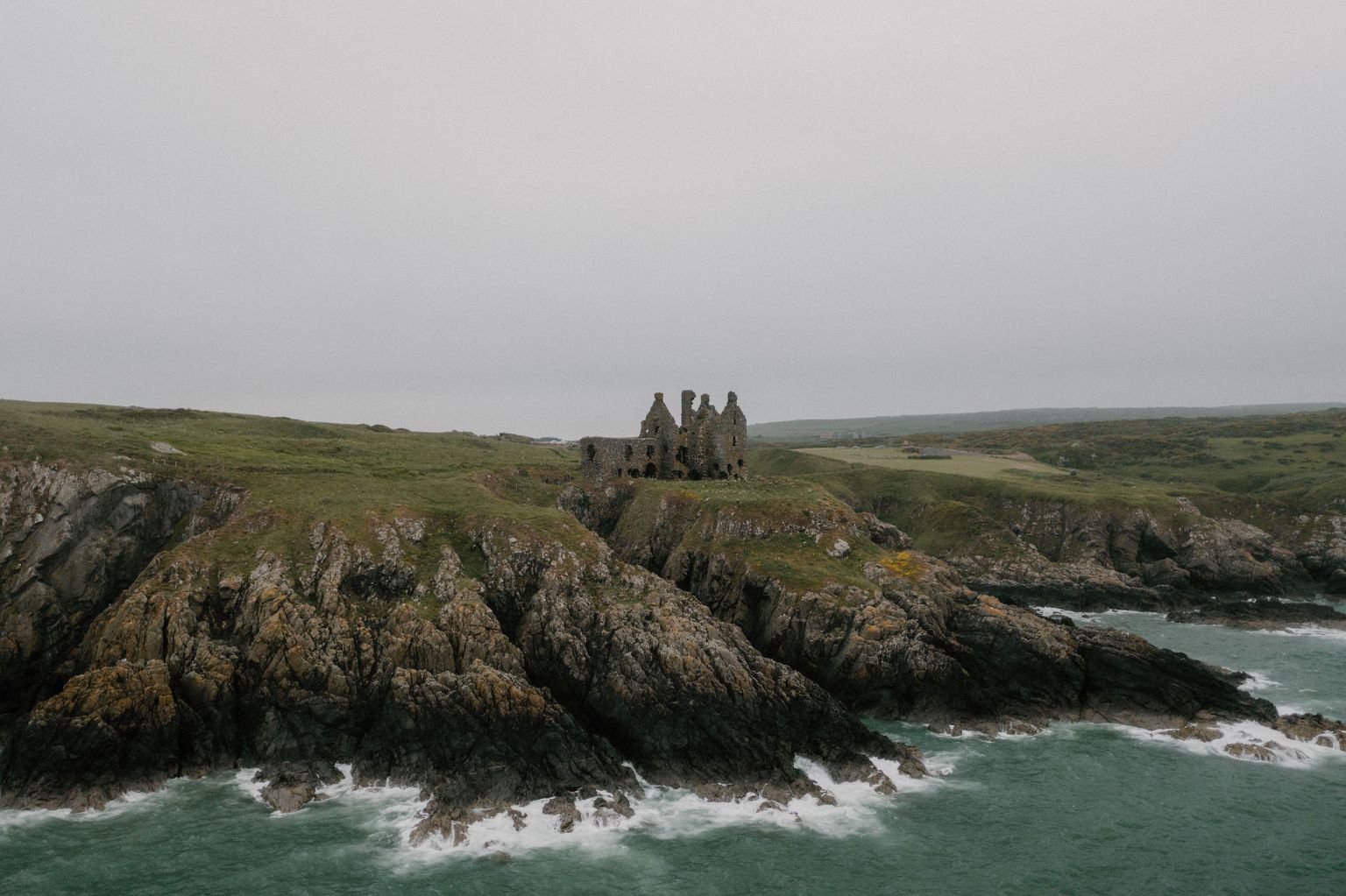 Kirkpatrick Macmillan’s Grave and Smiddy is located in Keir churchyard. Kirkpatrick is famous for inventing the first successful bicycle with pedals in 1839. He was a blacksmith and he built the first bicycle using his blacksmith tools. He once rode the bike to Glasgow, which was 68 miles away. The bike was never patented and he never made any money from his creation, even though it was copied by other firms.

Sweetheart Abbey was named as such by monks in memory of Lady Dervorguilla. Lady Dervorguilla founded the abbey as a tribute to her husband, John Balliol, to who she was devoted. The abbey is 700 years old and is in very good condition. There is also a stone effigy for Lady Dervorguilla on the grounds as well.

Wanlockhead Museum of Lead Mining is located in Wanlockhead village. It was a working mine from 1710 until 1850. This is the only place in Scotland where visitors actually get to visit miners cottages and take an underground tour to see the mine and can even try gold panning too.

The Devil’s Porridge Museum tells the story of the munitions factory, HM Factory Gretna, where ‘the devil’s porridge’ (cordite) was mixed for use during World War I. The ground floor is dedicated to the first world war and even has a trench display. The first floor is focused on the Second World War and the Cold War, exploring the effects these wars had on the local area and the people. The museum also hosts different exhibitions throughout the year. 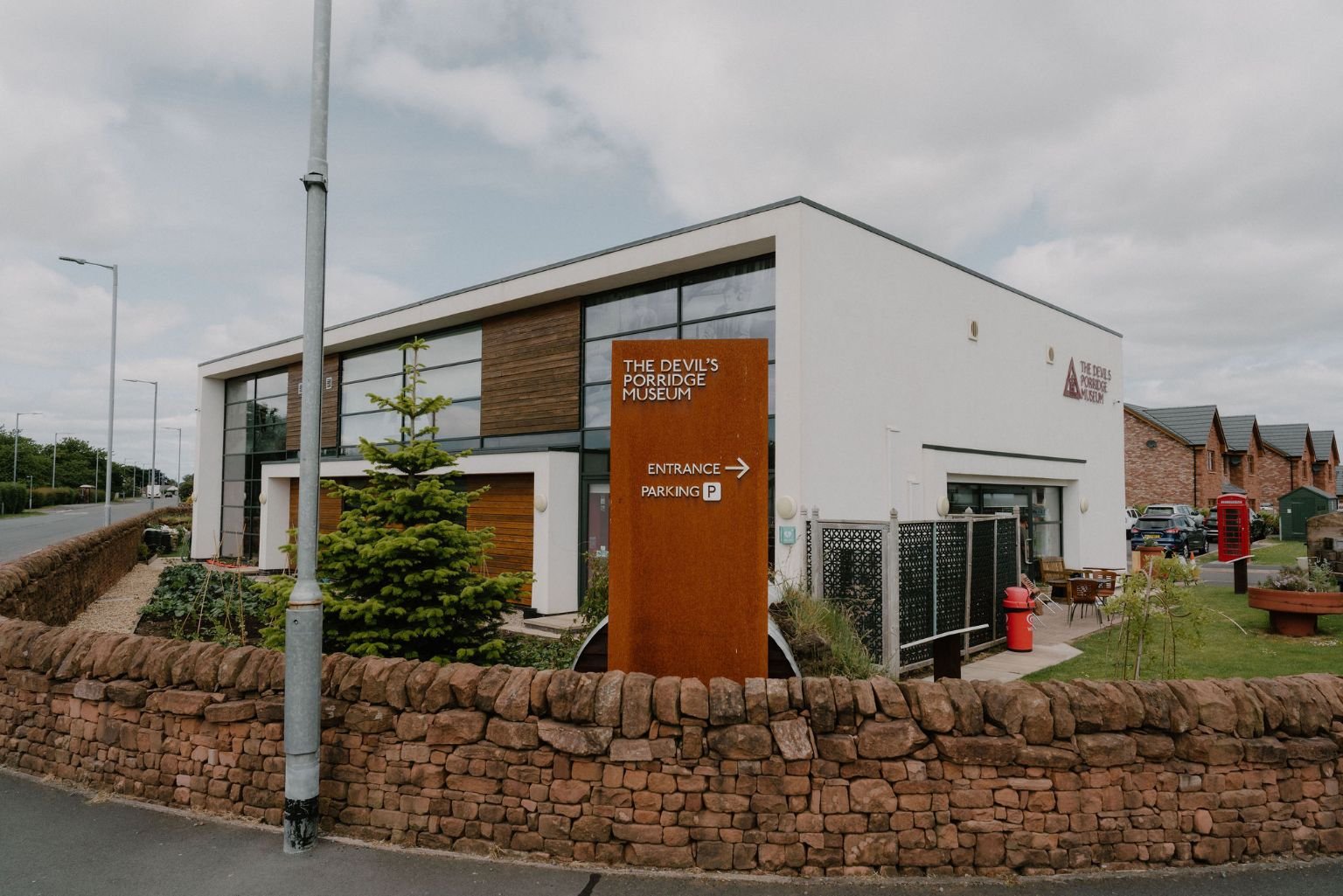 The six-story tower house at Cardoness Castle was built in the 15th century for the McCulloch family. It has a lot of history and there is even a pit prison to see. The hall in the tower boasts a magnificent fireplace and even a wall cupboard, which is where the family silverware was kept.

Whithorn Priory, Museum & Visitor Centre is one of Scotland’s earliest Christian sites and was a Medevil pilgrim route to visit St Ninian’s shrine for over 1000 years. Visitors can still follow the route taken by the pilgrims and see the shrine. The Latinus Stone, which is Scotland’s first Christian monument, is in the museum as well as crosses carved into the stone walls. 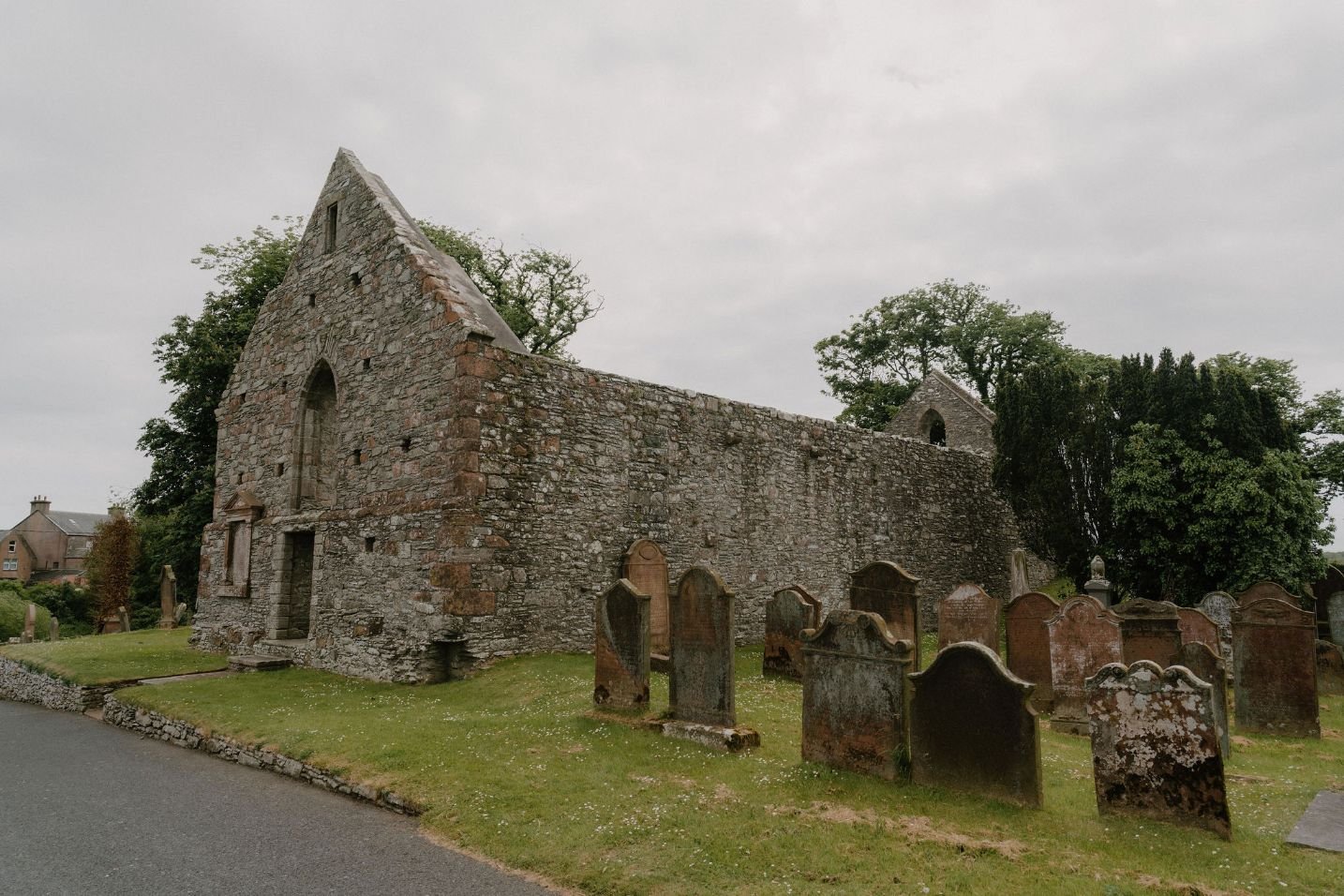 Orchardton Tower is a circular tower built during the 1400s. Visitors get a glimpse of what medieval noble life was like and discover more about John Cairns, the nobleman that lived there. The round tower is the only one of its type in Scotland as round towers went out of fashion and were replaced by square tower houses 200 years later.

Caerlaverock Castle is a triangular castle from the 13th century and is surrounded by a moat. The castle was abandoned during the 17th century. It was besieged by the English during the wars of Scottish independence and underwent several demolitions and reconstructions during this time. 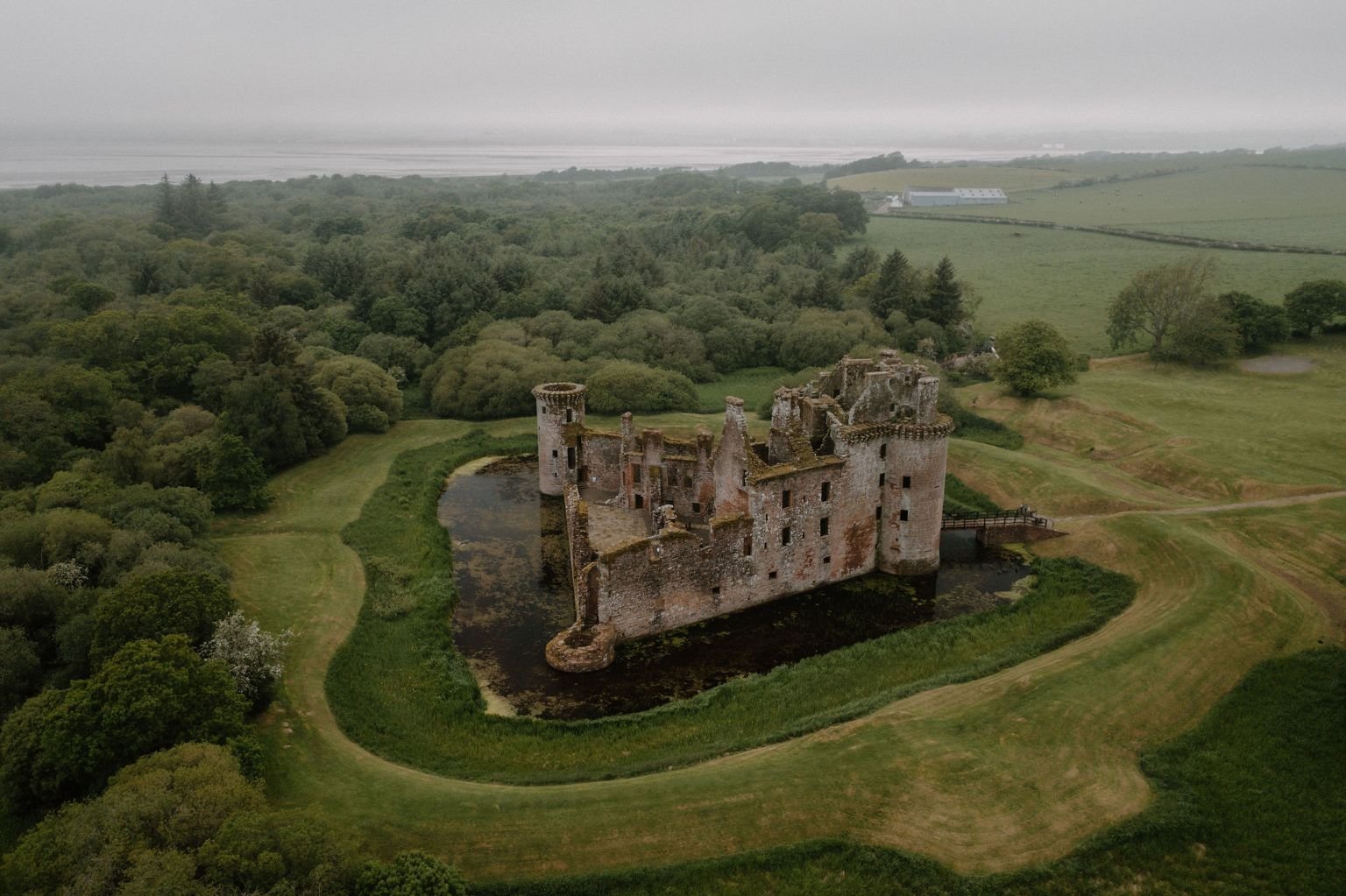 Twelve Apostles Stone Circle contains eleven stones but originally there were twelve. In 1789, a plan of the grounds showed twelve stones, but a later plan from 1837 shows only eleven. Local traditions that were recorded during the 19th century indicate that the stones were associated with the twelve apostles of Jesus Christ. 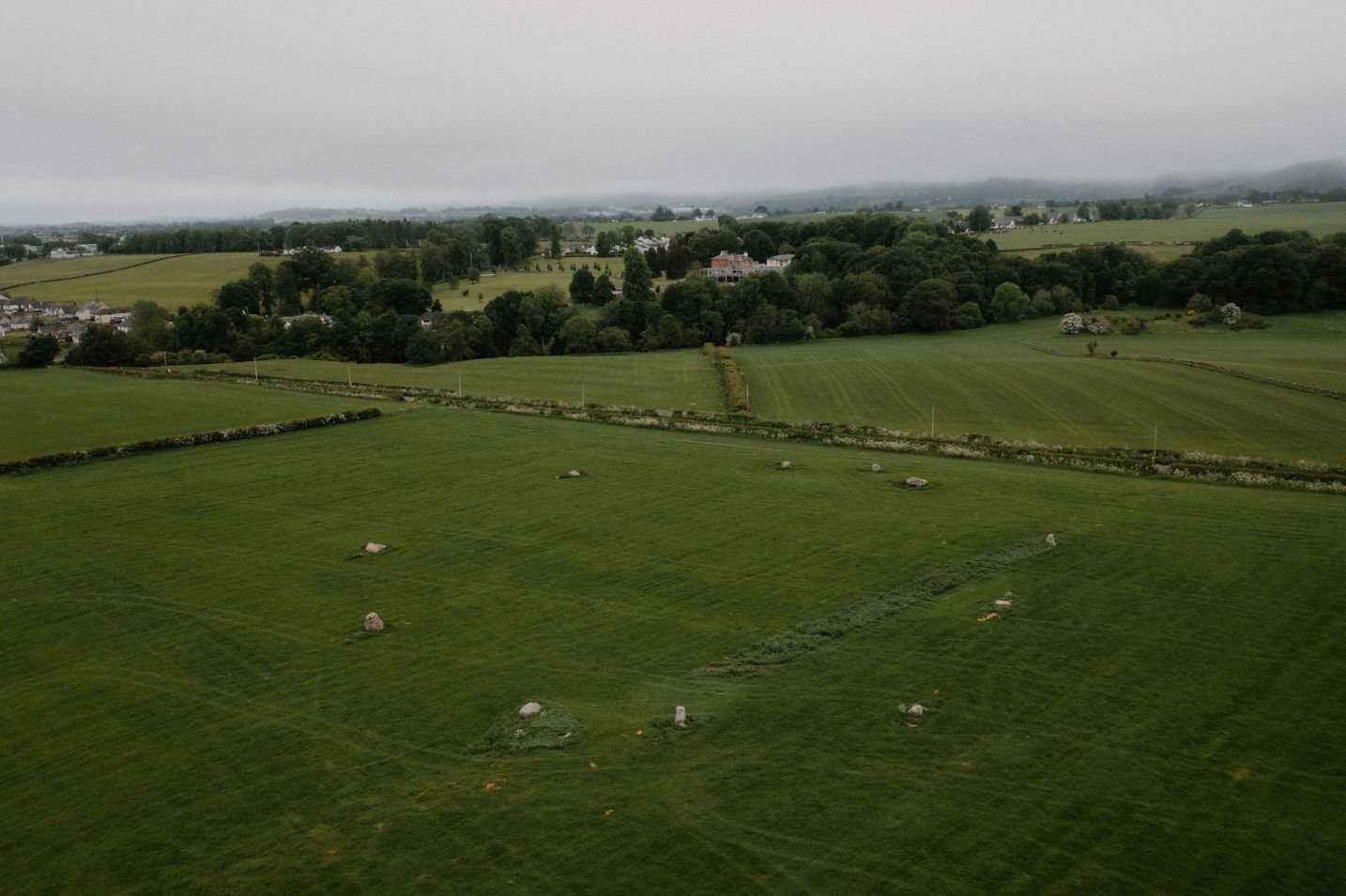 Bruce’s Stone commemorates Robert the Bruce, who was King of Scotland, and the Battle of Trool, which took place in 1307. The area in which the stone stands overlooks Loch Trool, and as soldiers approached the Steps of Trool, Robert the Bruce and his men rolled large stones onto them, which is how the battle was won. The stone was placed here as a reminder of this victory. 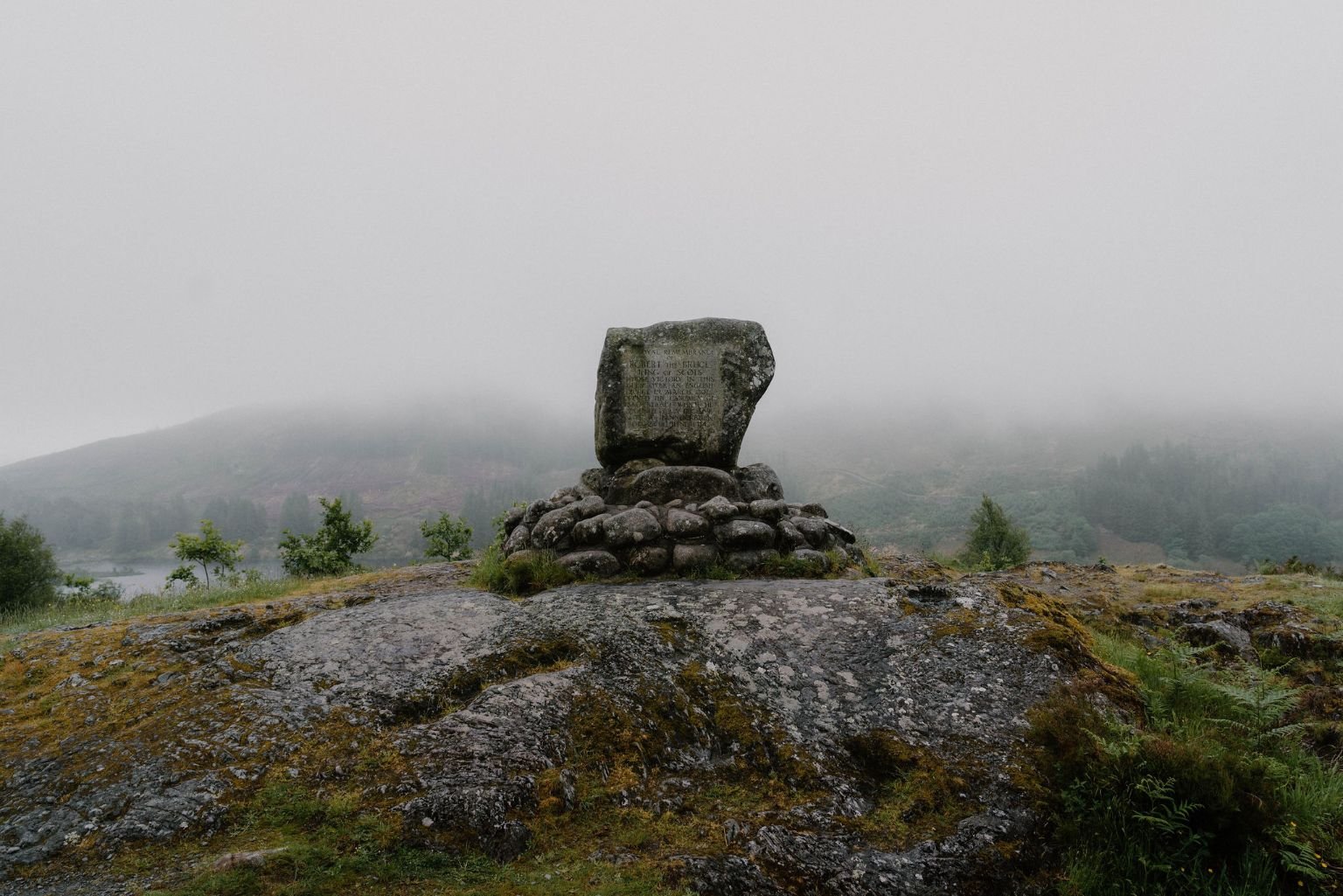 There is a steep climb up to reach Murray’s Monument, but it’s worth all the effort because the views from here are amazing. Murray’s Monument was built in 1835 as a memory for Alexander Murray. Alexander was a local shepherd boy who went on to become a Professor of Oriental Languages at Edinburgh University. 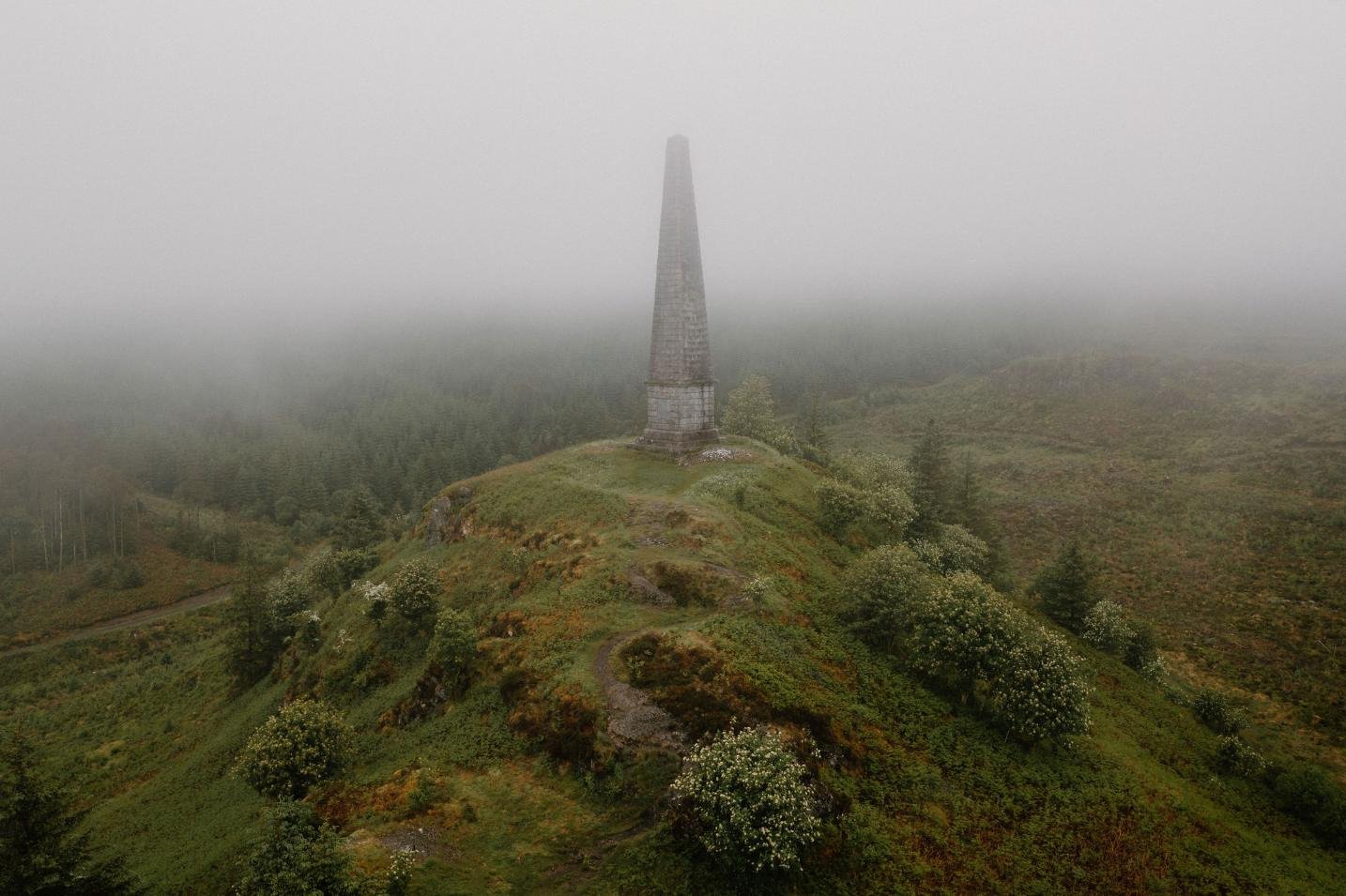 The Moffat Ram is a large bronze statue of a ram, located in the town of Moffat. It was built in 1875 and also acted as a drinking fountain for the locals. What is unusual is the fact the ram is missing a vital part of his anatomy. For some reason, it has no ears. Legend has it that the sculptor, William Brodie, was so ashamed of his mistake he went back to his hotel room and hung himself. His ghost is reported to haunt the hotel and the statue and many eyewitnesses have claimed to have seen his spirit. 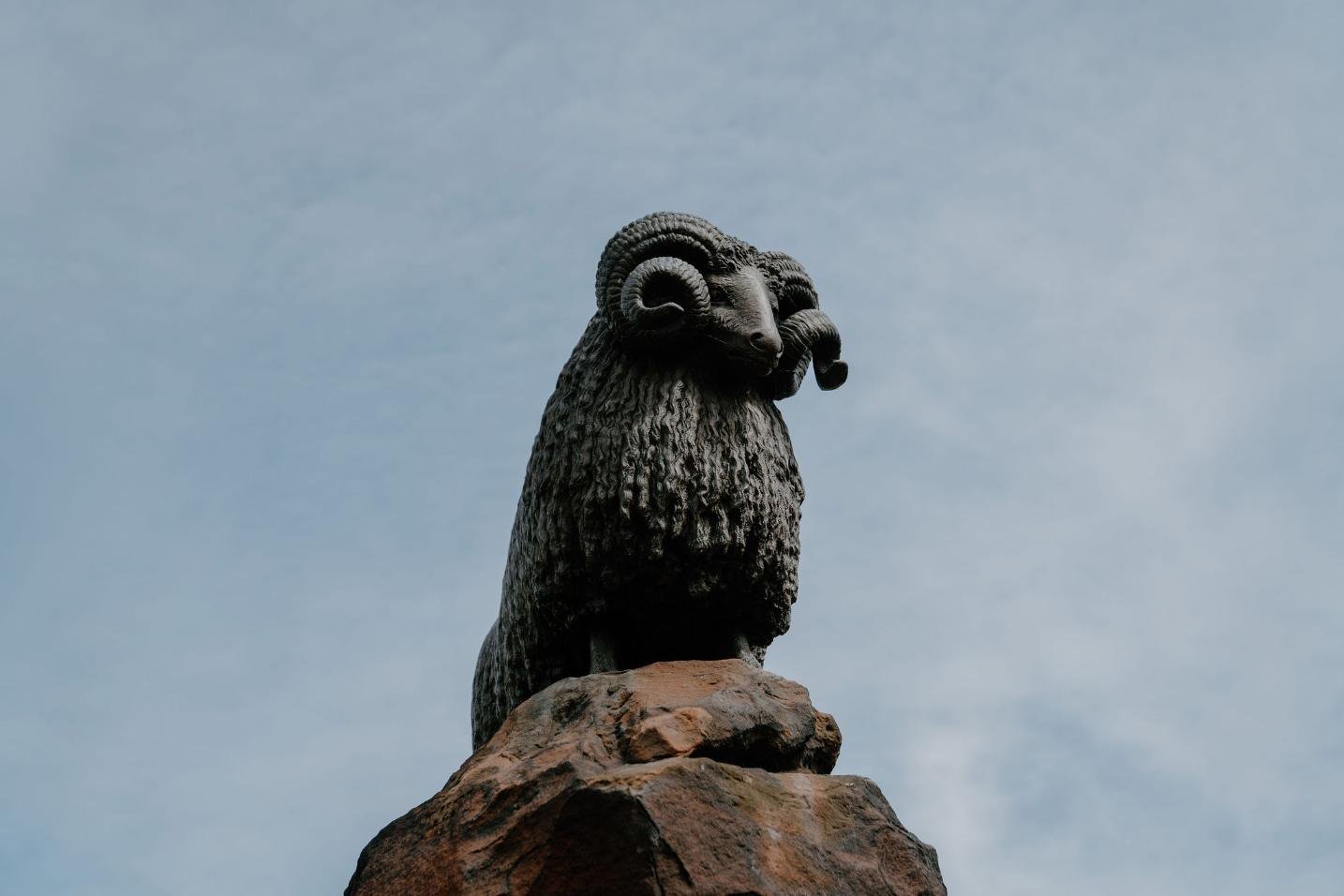 MacLellan’s Castle was built in the late 16th century and was home to the MacLellan family which is how the castle received its name. Sir Thomas MacLellan of Bombie built the castle in 1582 as a grand family home and the ruins show how the architecture changed from the previous designs of heavily defended tower houses.

Dundrennan Abbey was a Cistercian monastery of Romanesque architecture and was built in 1142. Mary Queen of Scots took shelter here when she arrived at the gates on 15th May 1568 after she escaped from Lochleven Castle. The church and cloister nestle in secluded woods just below the little village. 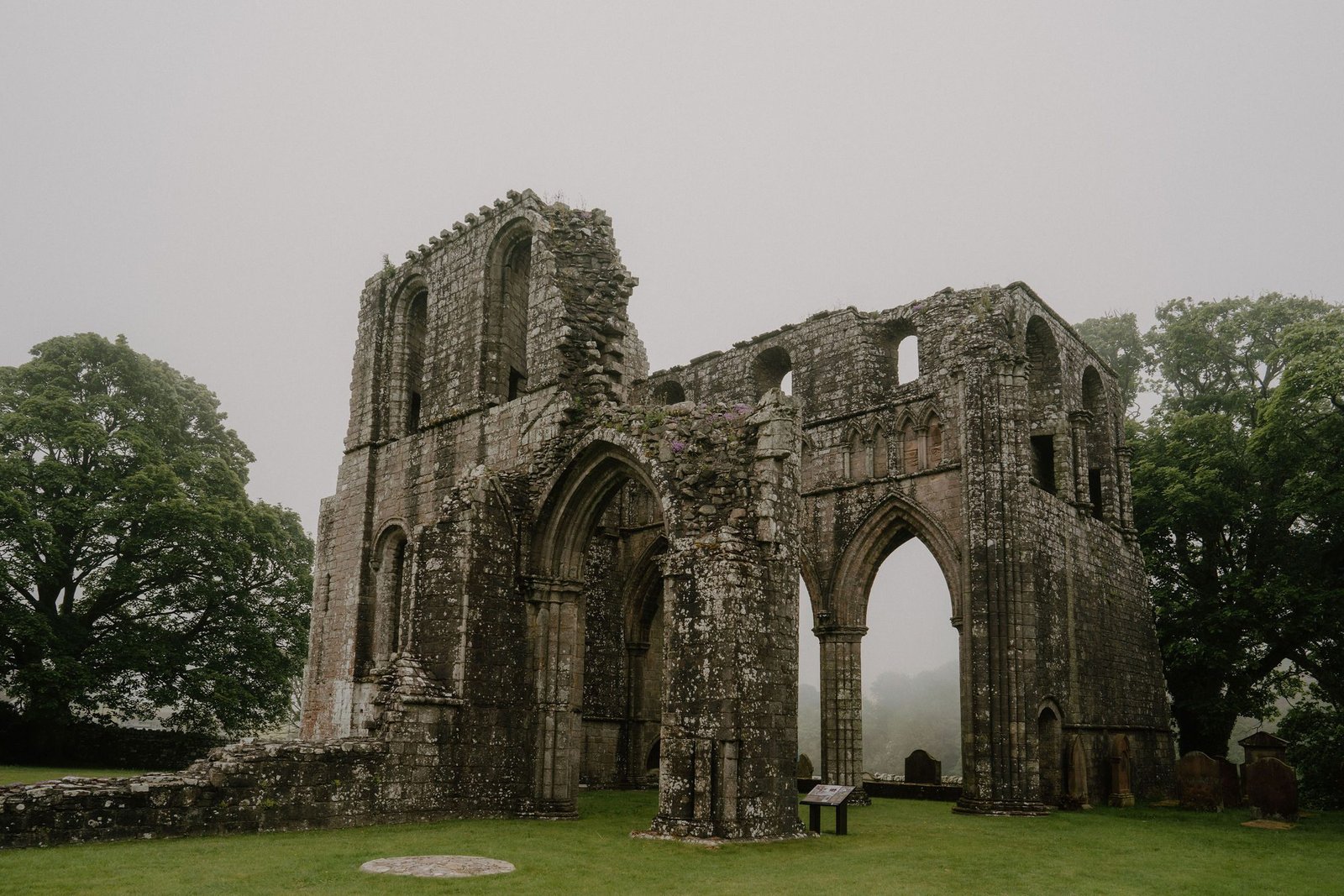 Dumfries and Galloway have so many historical places to visit, most of which are also set in the beautiful scenery, which makes this area perfect for both history buffs and nature lovers alike.