In Partnership with Scotland Starts Here

When those unfamiliar with the country are asked to picture Scotland, the wild Highlands as depicted in shows like Outlander are often the first images to come to mind. No matter how beautiful the north of the country is, Scotland’s beauty extends to all four corners of its borders. Scotland’s southern areas hold just as many hidden treasures and explorable spaces as the heathered moors to the north.

Enclosed by the rocky cliffs and harbour towns of the coast, Scotland’s topography varies even more wildly from place to place the further one travels inland. No two areas are the same, as each takes a vastly different form from its neighbour – rolling hills flow into stretching forests, and deep valleys connect with swirling rivers. This article highlights some of the stunning locations tucked away in Scotland’s south that visitors should never miss the opportunity to see.

The vivid imagination that brought the world seminal novels like Waverly and Rob Roy also begot one of the most picturesque houses in Britain. Every inch of Abbotsford – from the baronial, neogothic brickwork of its exterior to the intricate floral arrangements in the gardens – came from Sir Walter Scott, one of the foundational writers of Scotland’s body corpus. Scott was a prolific novelist and poet who fortunately found success during his lifetime, allowing him to design the house to his exact specifications.

Abbotsford now belongs to the Abbotsford Trust, which formed after the death of Scott’s final descendant. The charity began the arduous process of fundraising and restoration in 2007 and have now amassed the money needed to completely preserve the house and its contents. Thanks to the trust, Abbotsford is now an accessible educational resource as well as a fantastic visitors’ attraction. 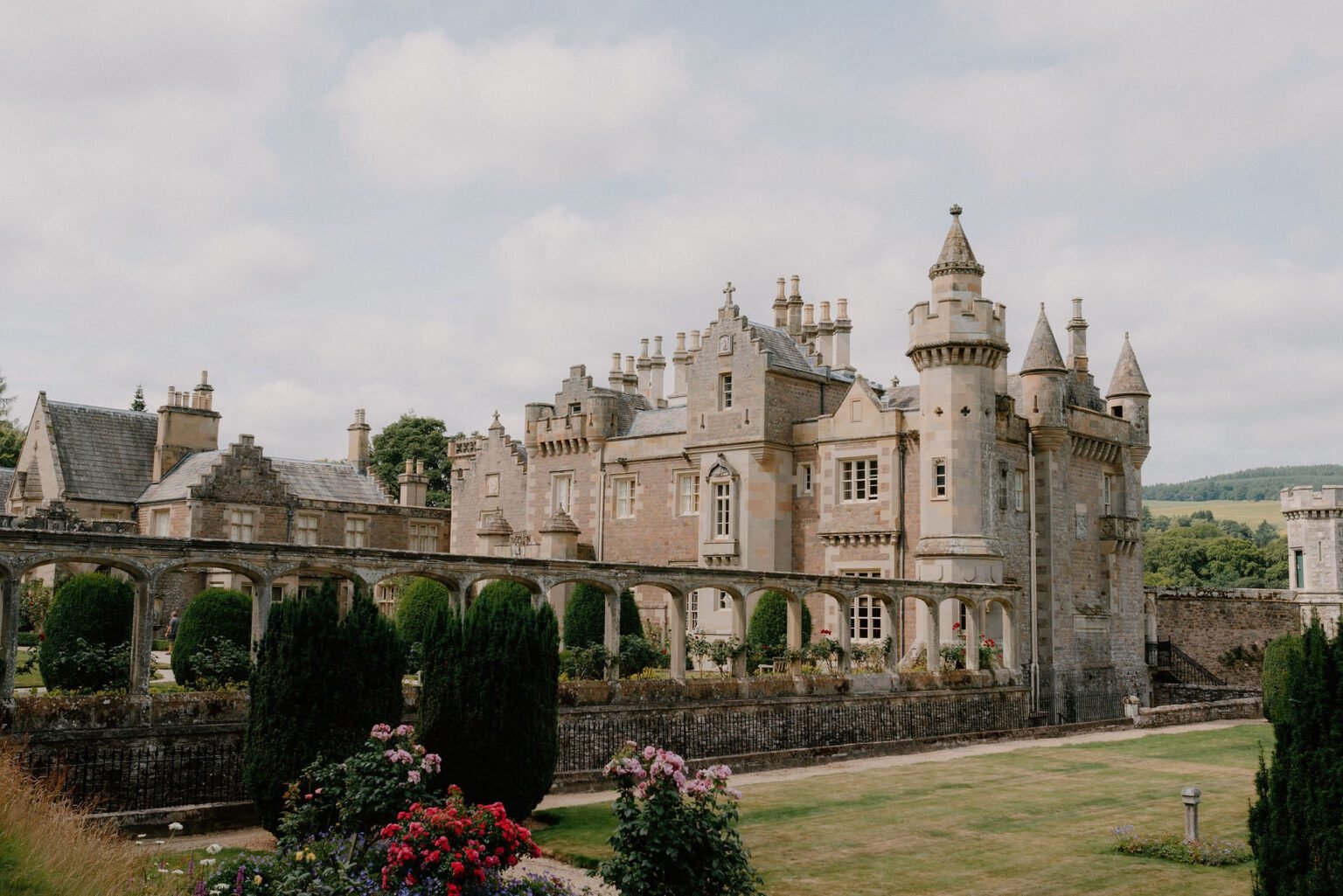 Ghosts from all eras of Scotland’s past haunt the ruined halls of Melrose Abbey. From the body of Alexander II to the heart of Robert the Bruce, the remains of many heroes found this monastery to be their resting place. The appeal of Melrose Abbey lies in more than macabre fascination, however, as visitors flock to the intricate carvings ornamental details adorning various aspects of the building.

The abbey’s original iteration finished construction in 1136 under the reign of King David I as a space of strict contemplation for Cistercian monks. Over the centuries, more and more buildings were added to the ever-growing estate, with the structurally intact hall dating from around the 1500s. Following an assault from Henry VII, Melrose Abbey fell into disrepair after this period, gradually decaying over the centuries until its improvement by Sir Walter Scott. The rich history of the abbey is now preserved by Historic Scotland, whose tireless efforts keep the incredible building open for public exploration. 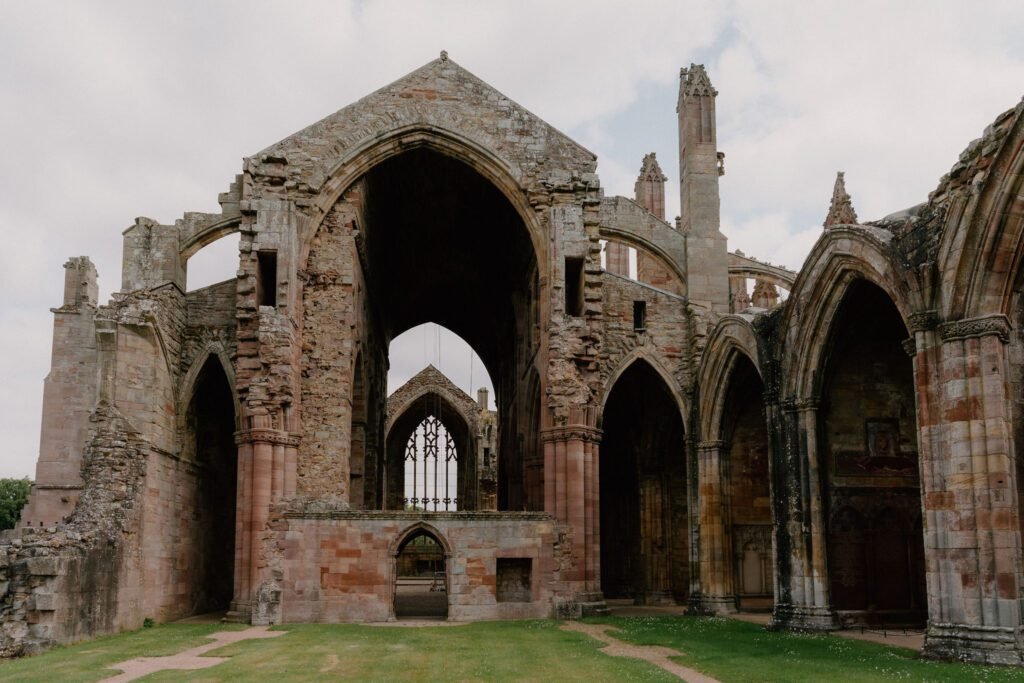 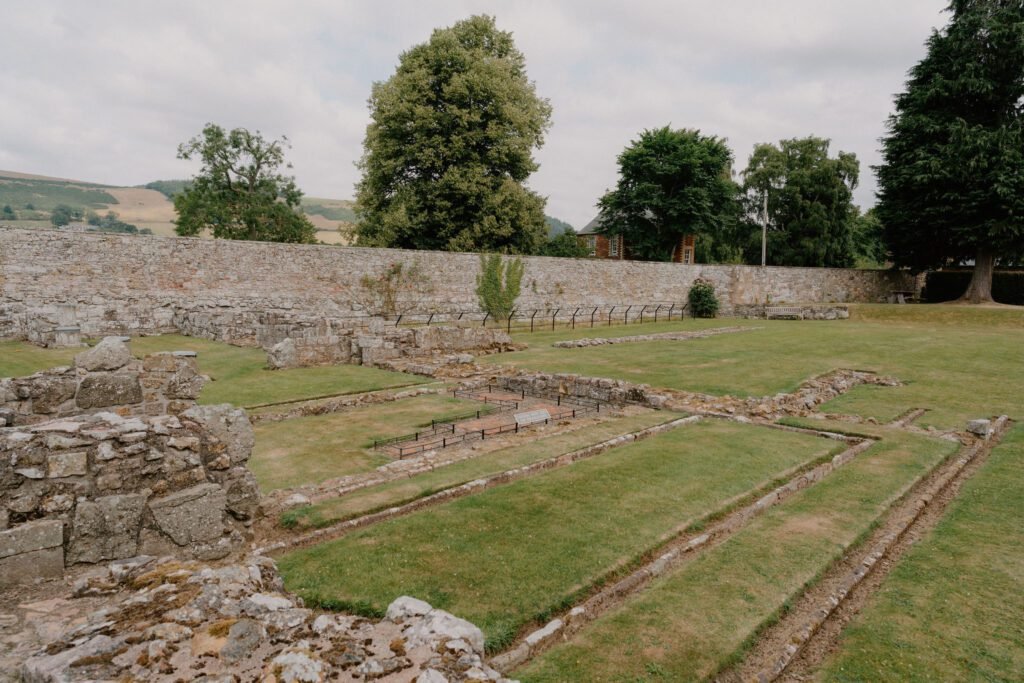 Just as the writings of Walter Scott captured the essence of Scotland, the view now bearing his name is a distillation of everything that makes the south so beautiful. According to legend, the author visited the overlook so often that his horses learned to halt there without him giving command. Gazing out onto the snaking flows of the River Tweed, it is easy to see how the view resonated so deeply with Scott and helped form the basis of his monumental works.

Seated on the singular bench atop Scott’s View, passers-by can lookout all the way to the towering Eildon Hills. Stretching before those volcanic mounds is an expansive patch of lowland that held the original Melrose Abbey, though no remnants of its creation can be seen. 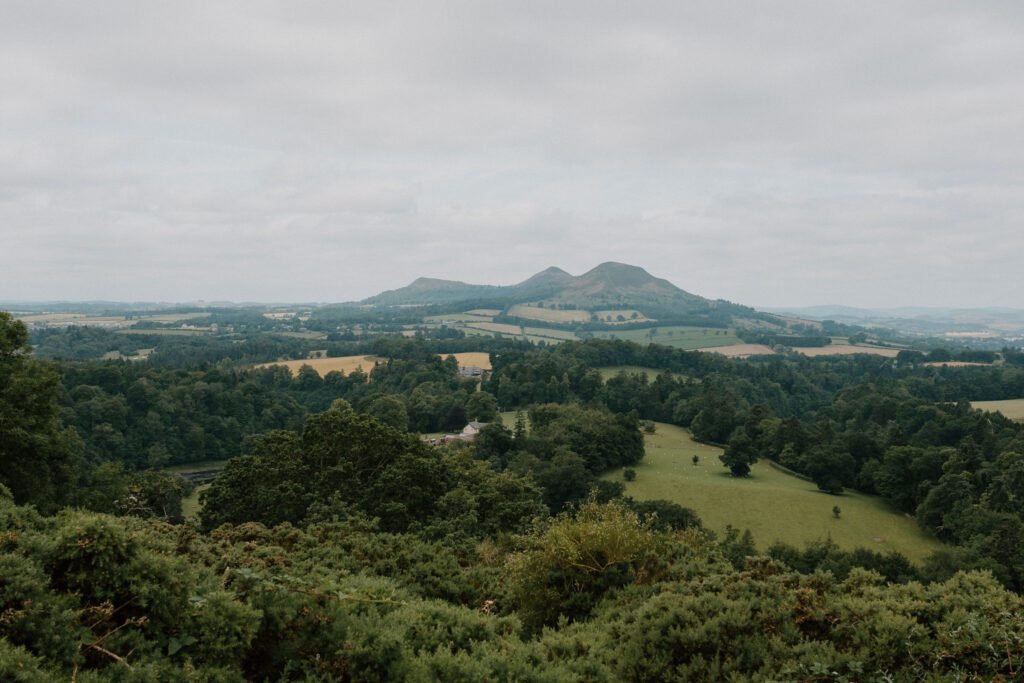 Countless historical figures – from Mary Queen of Scots to William Wordsworth – have passed through the walls of Neidpath Castle. Much of the splendour that enchanted those visitors has fallen into ruin, but that which remains gives insight into the original 15th-century majesty. The sturdy tower house stands just west of Peebles and looks out over the River Tweed, making it an equally strategic and scenic location. This enviable spot made Neidpath a prime target for assault, the most severe of which came at the hands of Oliver Cromwell during his invasion of Scotland.

A cycle of demolitions and subsequent restorations followed. In its current state, the castle is owned by the Earl of Wemyss, who operates the castle as a historical venue for weddings and other events. Although not enterable by the public, the grounds of Neidpath Castle are more than worthy of a visit during your trip to the south. 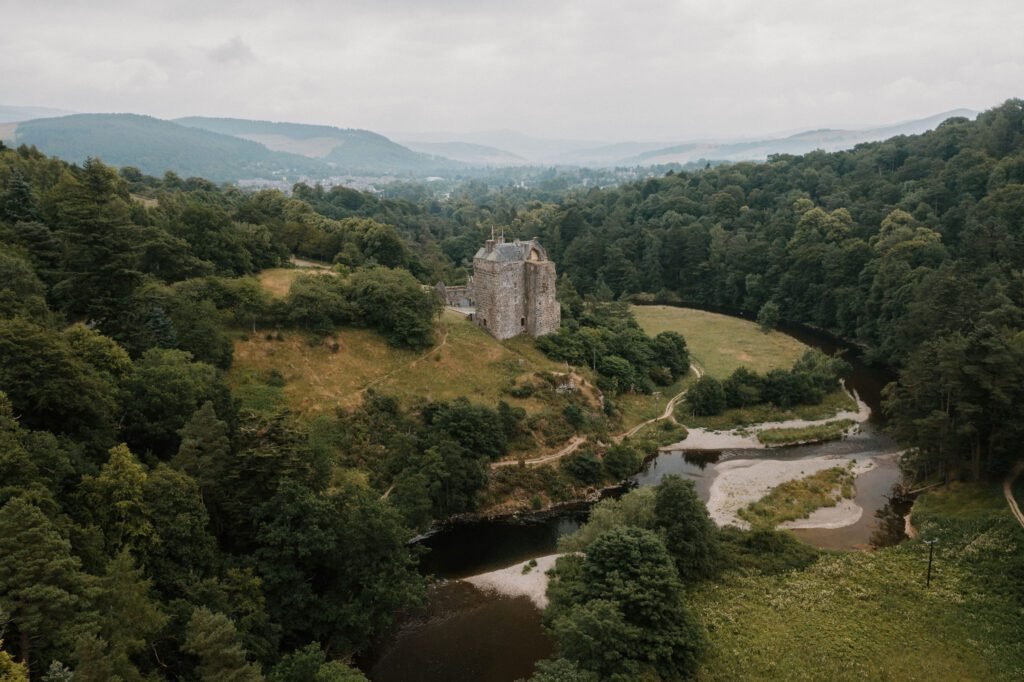 Another of the spots frequented by Sir Walter Scott when in search of inspiration, the banks of St Mary’s Loch kiss the stunning shore of Ettrick Forest. At 5 kilometres long and 1 kilometre wide, the water forms the largest loch anywhere in the Borders. St Mary’s is surrounded by looming hilltops that frame the glittering surface perfectly while shielding onlookers from typically rugged Scottish winds. Nearby businesses offer visitors the chance to partake in all sorts of water-based activities during their time there, such as fishing or sailing, although the mild climate makes it an idyllic space for gentle walking.

Like much of Scotland, St Mary’s Loch is as historically important as it is beautiful. Ruins of towers used to shield civilians from assaults from south of the border are scattered throughout the landscape. 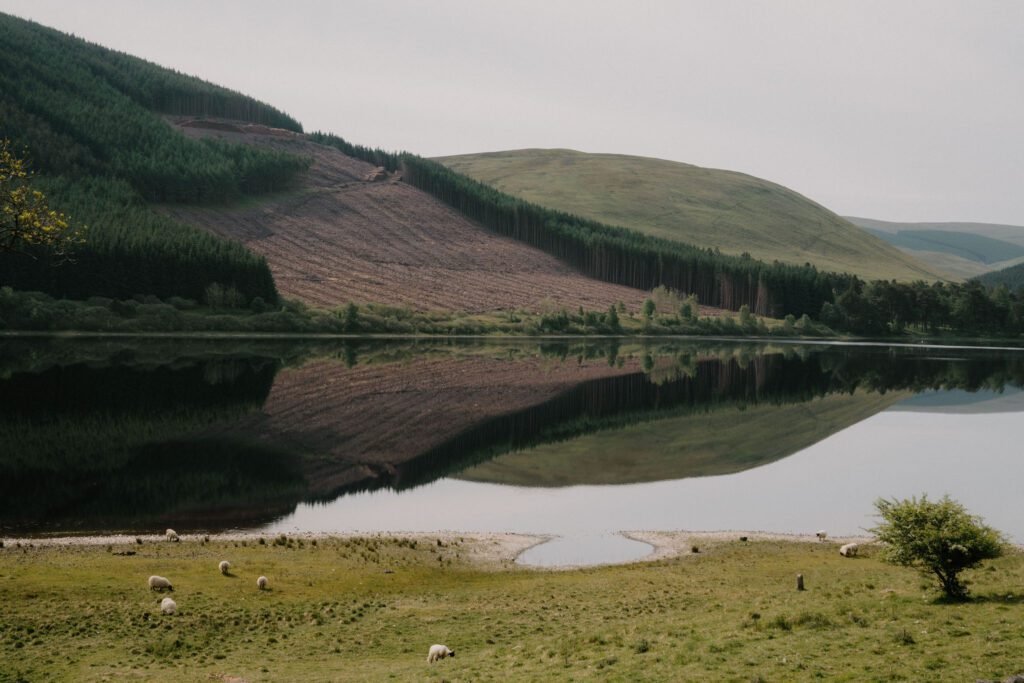 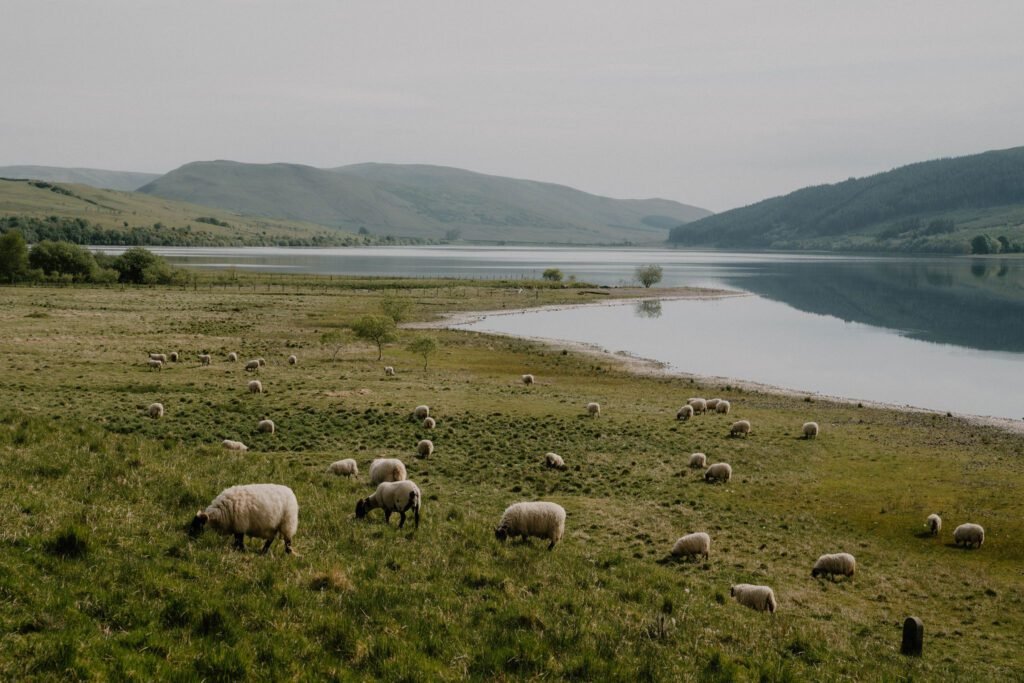 Given the Celtic mythology surrounding beasts such as kelpies and the reverence given to the goddess Epona, equine names occur very frequently throughout Scottish geography. One such feature is Grey Mare’s Tail, the waterfall which has become synonymous with its entire surrounding area. Plummeting 60m from the mouth of Loch Skeen, the name Grey Mare’s Tail refers to its frothing white and remarkably slender, taillike formation.

However, the park surrounding Grey Mare’s Tail is just as deserving of exploration. Hills such as White Coomb loom high above the fall and give climbers unbeatable views of northern England beyond. The wildlife inhabiting the park is also memorable, with vibrant populations of wild goats and a host of majestic birds. 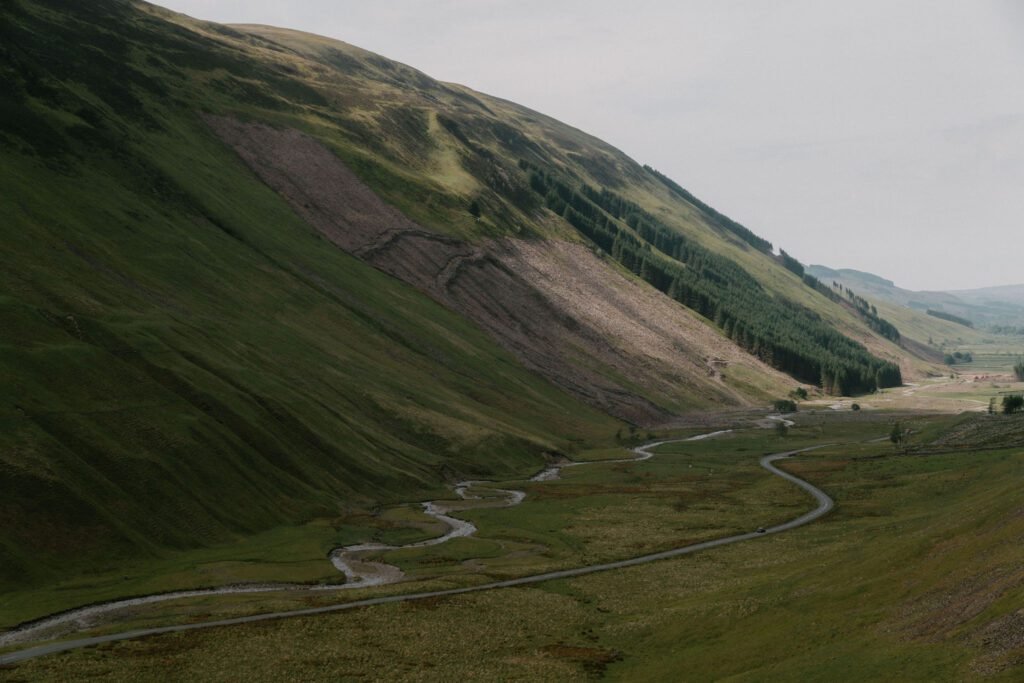 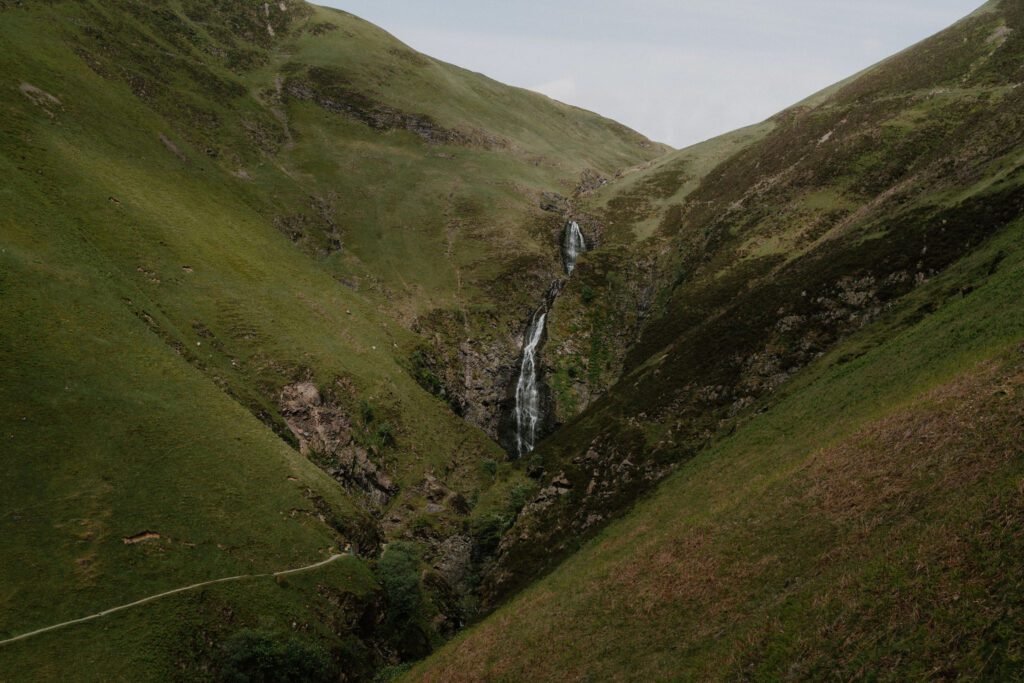 Scotland’s tenured tradition of science merges with her artistic culture at Crawick Multiverse, the utterly unique landscape art installation created by cultural theorist and designer Charles Jencks. The piece brings the cosmos down onto our level and represents it in intricately arranged natural elements. Thousands of boulders and fifty-five acres of land are just some of the tools used to mimic cosmological entities such as andromeda, the Milky Way, and even the multiverse.

A result of its sprawling nature, Crawick Multiverse is an incredibly fluid installation, taking on entirely new forms when viewed from different perspectives or under different weather conditions. This flows well with the erratic Scottish climate, as no one will experience the piece in the same way twice. It is a truly wonderous system of design that should not be missed.

Should the celestial design of Crawick Multiverse pique your interest in outer space, then Galloway Forest Park provides one of the most sublime views of the night sky anywhere on Earth. With 300 miles of forest cordoned off and protected from light pollution, visitors can choose a private spot to gaze at the inky black canvas with the ethereal Milky Way spread across it. By covering such a large area, Galloway Forest Park ensures that guests have limitless ways to enjoy their time there without disturbing others. Cycling, swimming, dog walking, or simply stargazing are all catered for perfectly in different spaces, with three separated visitors’ centres guaranteeing safety throughout.

Galloway Forest Park was the first night sky park in the United Kingdom and only the fourth globally. Although there are now over 100 throughout the world, this space in the south of Scotland is one of the few pedestalled as a Gold Tier park, an accolade that celebrates the awe-inspiring views on offer. 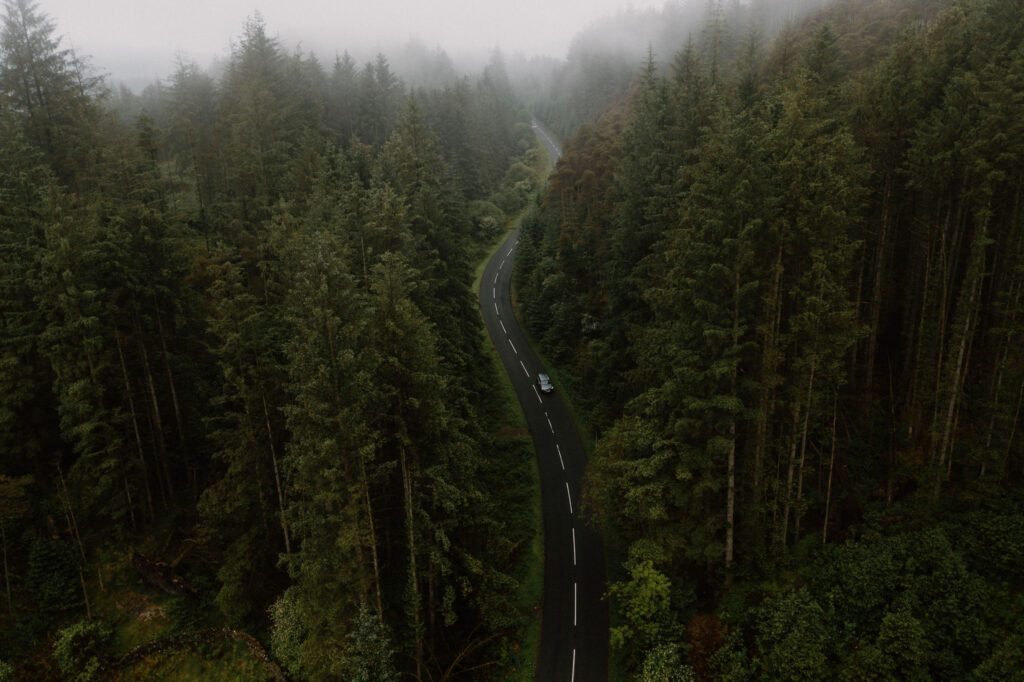 A space truly ripped from the pages of a fantasy novel; the breath-taking Drumlanrig Castle is one of the most idyllic locations anywhere in the south of Scotland. Twin curved staircases guide visitors up to the entrance, deep in the intertwining shadows of the castle’s many towers and wings. The stunning pink sandstone exterior contains 120 separate rooms, a testament to the opulence of the 17th century Renaissance styling. Inside these rooms is an incredible collection of art and artefacts, including original works by Rembrandt and da Vinci, the majority of which come from the amassing of the Duke of Buccleuch.

However, the majesty of the Queensberry Estate stretches behind those immense walls – Drumlanrig itself is in fact the centrepiece of a staggering 90,000 acres of landscape. Snaking streams and high-peaked hills run side-by-side throughout this land, while countless fish, birds, and other creatures call the estate their home.

Following his crowning as king, the early months of Robert the Bruce’s reign over Scotland were characterised by defeats and fugitivity. This changed, however, when he reappeared with an army on the shores of Carrick and began preparations to meet the English at the nearby Glen Trool. It was here that the Bruce delivered his first blow against the enemy, scoring a decisive, albeit minor, victory and forcing a retreat.

While this was not a catastrophic defeat for the English, it allowed Robert to push forward onto the weightier victory at Loudon Hill. As such, Bruce’s Stone commemorates what can be called a turning point in the Scottish Wars of Independence. The immense boulder was hauled atop the hill in 1929, 600 years after Robert’s death from illness, and has stood proudly ever since. For visitors, the stone also indicates the foot of the looming mountain Merrick, which makes for an incredibly difficult walk even for the most seasoned of climbers. 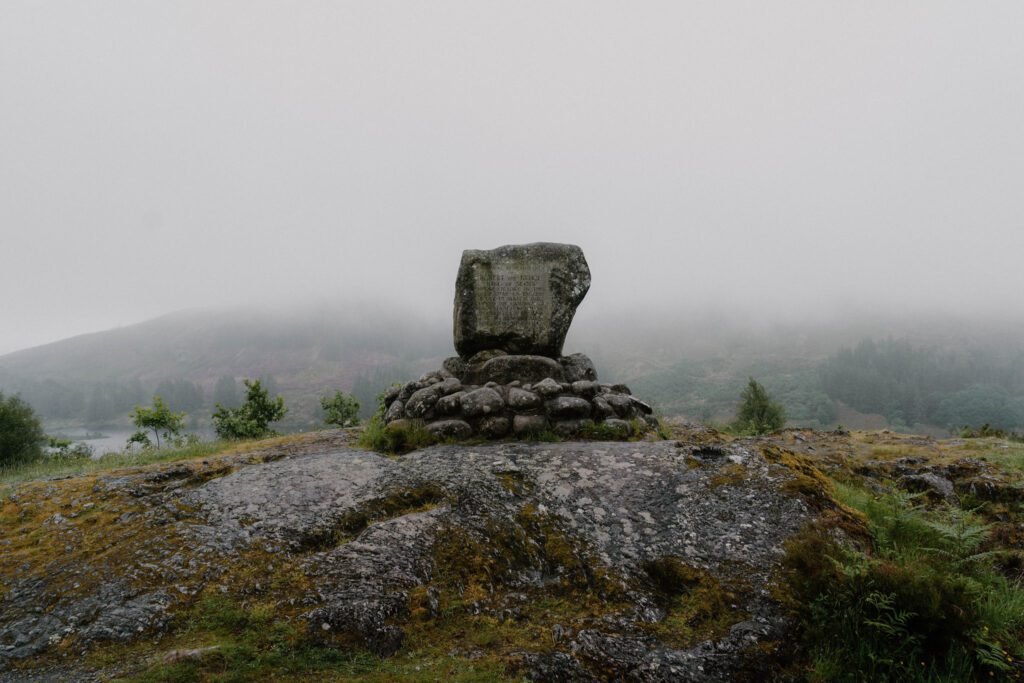 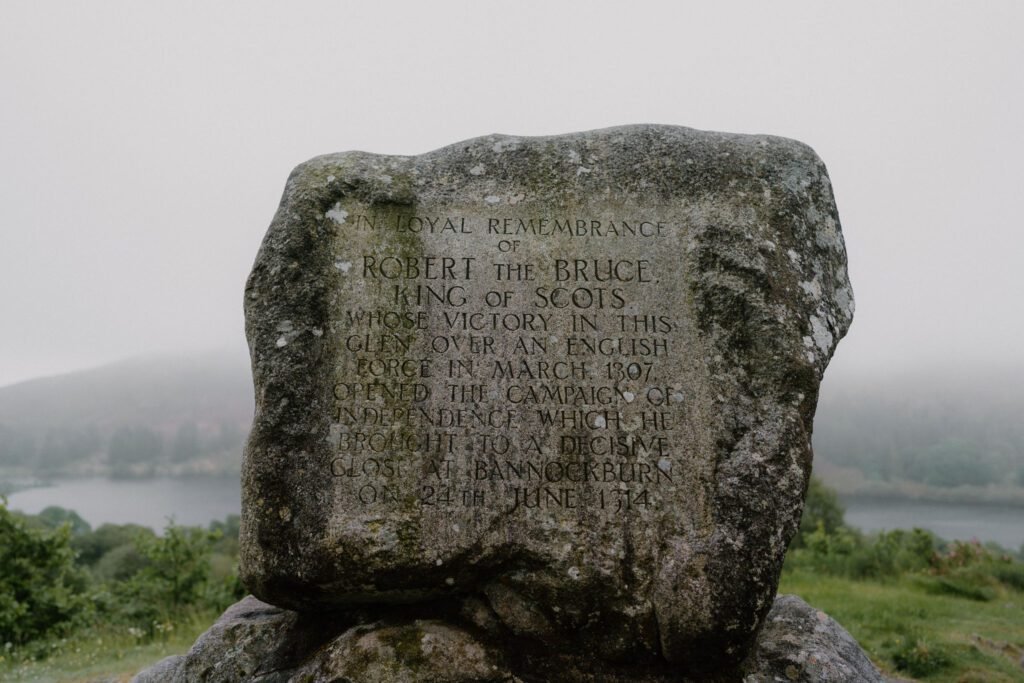 The expansive Galloway Forest Park contains a multitude of hidden nooks and crannies to explore, and the Raiders’ Road is one such feature. While the park may be more closely associated with walking and cycling, it also welcomes drivers between the months of April and October to take one of the two forest vehicle routes. The Raiders’ Route, in particular, shows visitors the countless enchanting aspects of Galloway Forest Park without any strenuous walking, making it a wonderfully accessible way of enjoying the area.

The route runs for 10 miles and takes visitors through many unique stop-off points. From the beautiful Otter Park overflowing with aquatic critters to Stroan Loch for a wonderful shoreside relaxation spot. 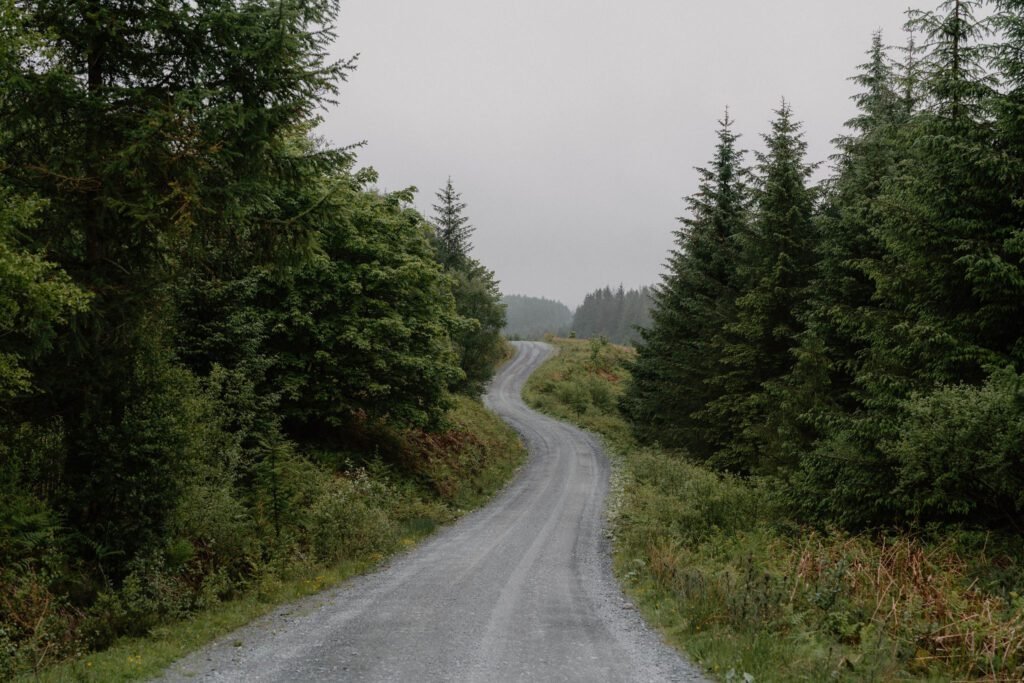 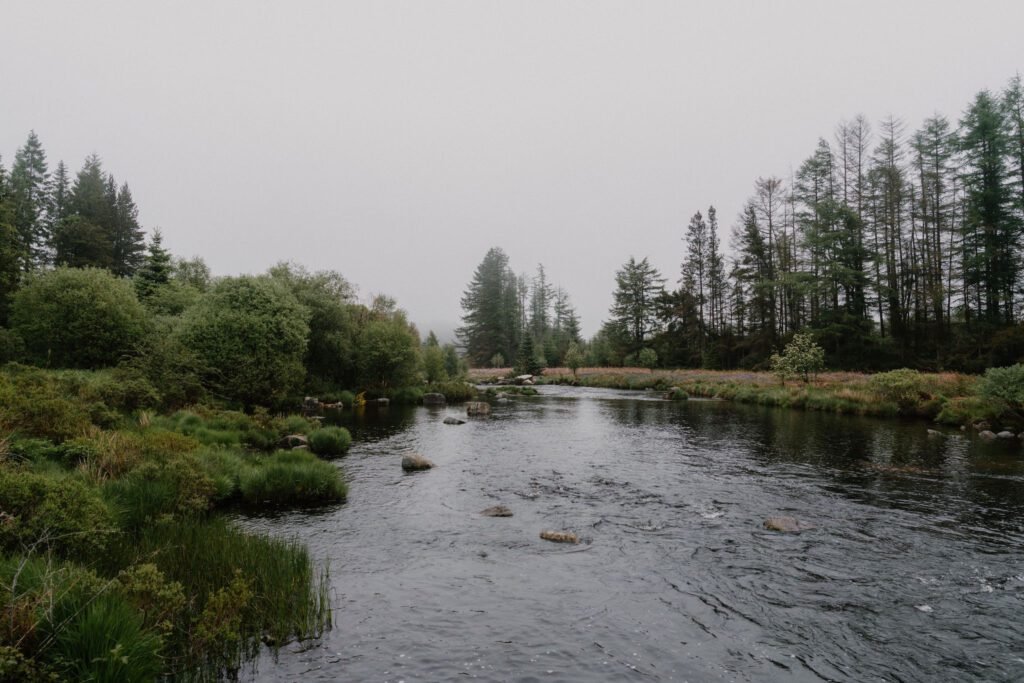 This article is produced in Partnership withScotland Start Here 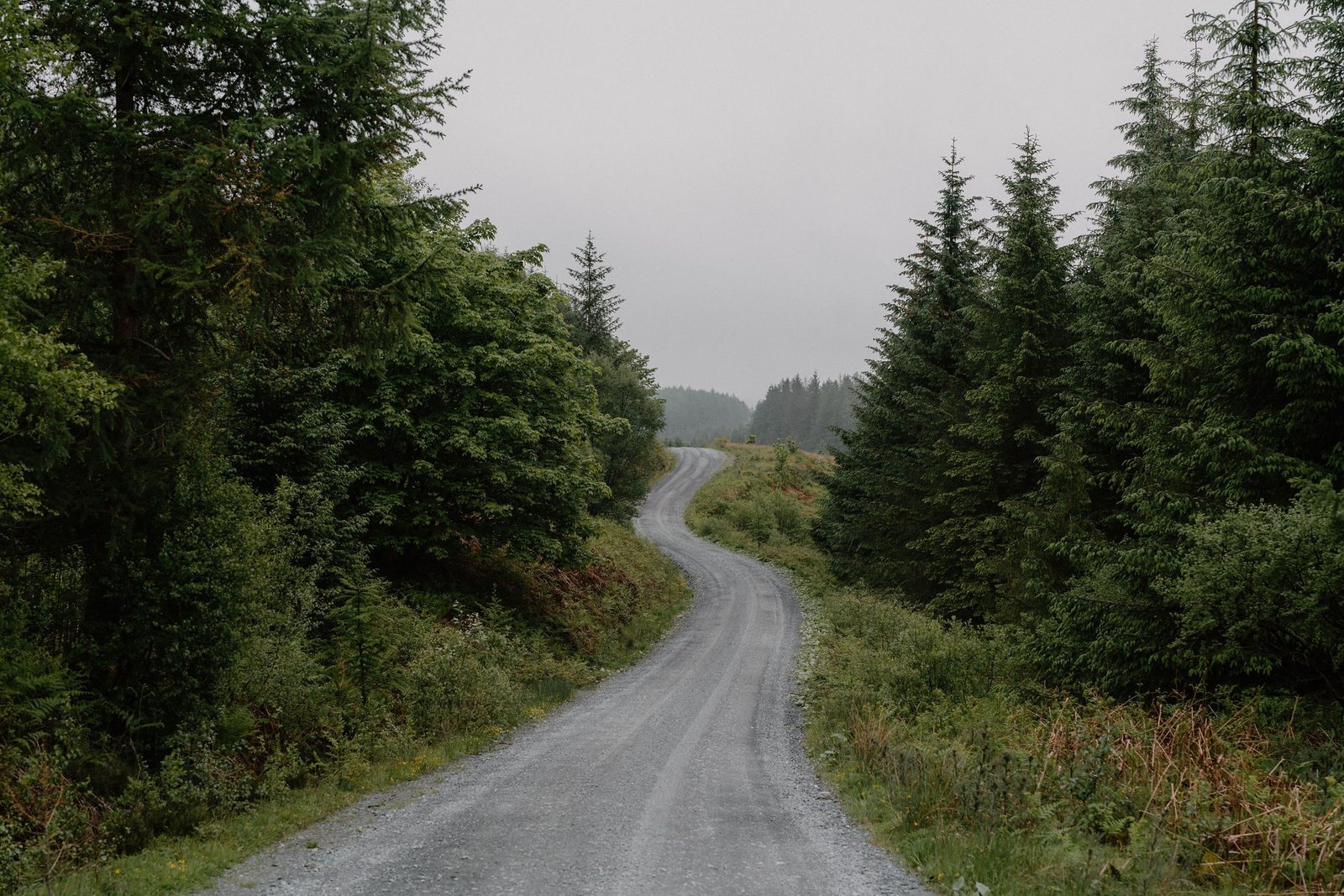