Words and photography by Shawna Law

Edinburgh is known for its rich and intriguing history so it’s fitting that the city is filled with a range of wonderful museums dedicated to its colourful past. Many will be aware of the National Museum of Scotland and for good reason, it’s varied exhibitions and views over the city make it a marvellous place to spend a day. However, there are also a selection of smaller, speciality museums dotted around the city where you can delve deeper into certain topics such as the lives of Scotland’s literary legends or Edinburgh’s history through the eyes of its locals as well as discovering hidden gems like a letter from Sir Arthur Conan Doyle crediting The Royal College of Surgeons of Edinburgh Fellow, Dr Joseph Bell, as the main inspiration for the character of Sherlock Holmes. To help you discover a selection of Edinburgh’s smaller museums, here’s a list of a few which are well-worth a visit!

Located in the picturesque Lady Stair’s Close, The Writers’ Museum celebrates three Scottish literary legends – Robert Burns, Sir Walter Scott and Robert Louis Stevenson. The relatively small museum is filled to the brim with portraits, rare books and personal objects allowing visitors a more intimate look into the lives of these well-known authors. A few noteworthy items include; Burns’ writing desk, as well as a plaster cast of his skull – one of only three ever made; the printing press on which Scott’s Waverley Novels were first produced and a first edition of Scott’s novel Waverley; plus, a wardrobe that belonged to the Stevenson family which was made by Deacon Brodie, whose double life, was the inspiration for Stevenson’s novel “Strange Case of Dr Jekyll and Mr Hyde”. What makes the museum extra special is the building it is housed within, the 17th- century townhouse called Lady Stairs House built in 1622 for Sir William Gray of Pittendrum, an Edinburgh Baronet. As you explore the museum, you’ll get a sense of what living in a 17th-century townhouse might have felt like. Another feature of Lady Stair’s Close is Makar Court, an evolving national literary monument where you can see some of the famous words of great Scottish writers inscribed on the flagstones. 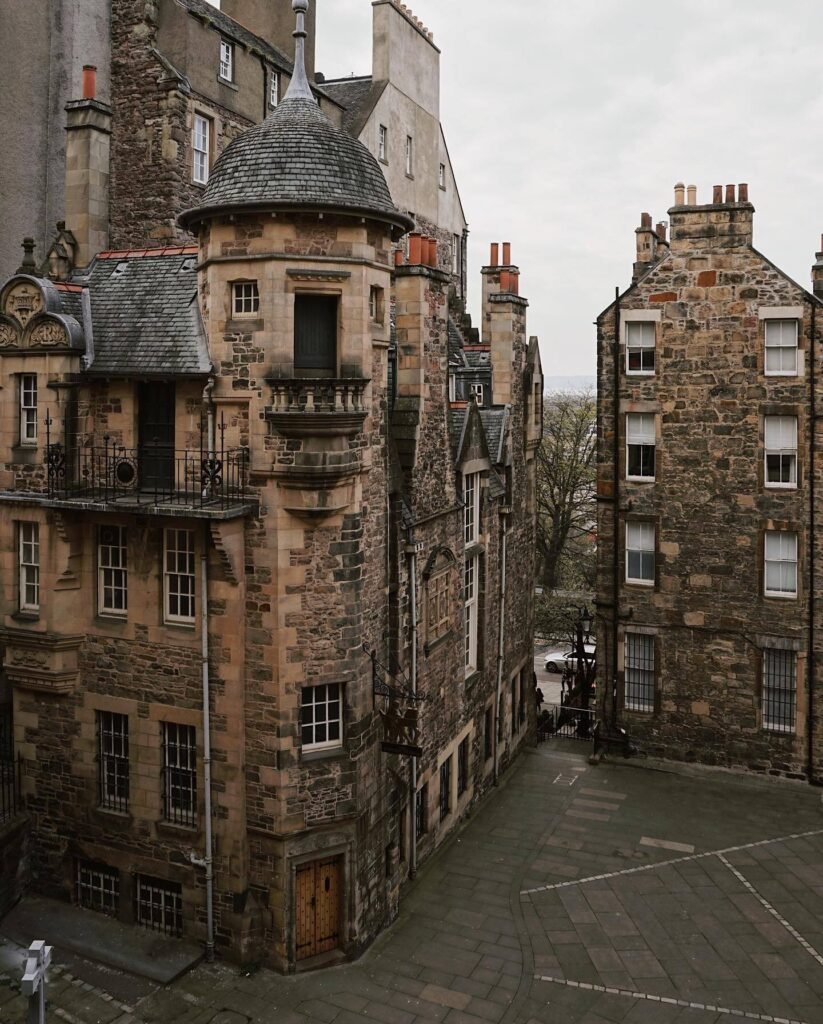 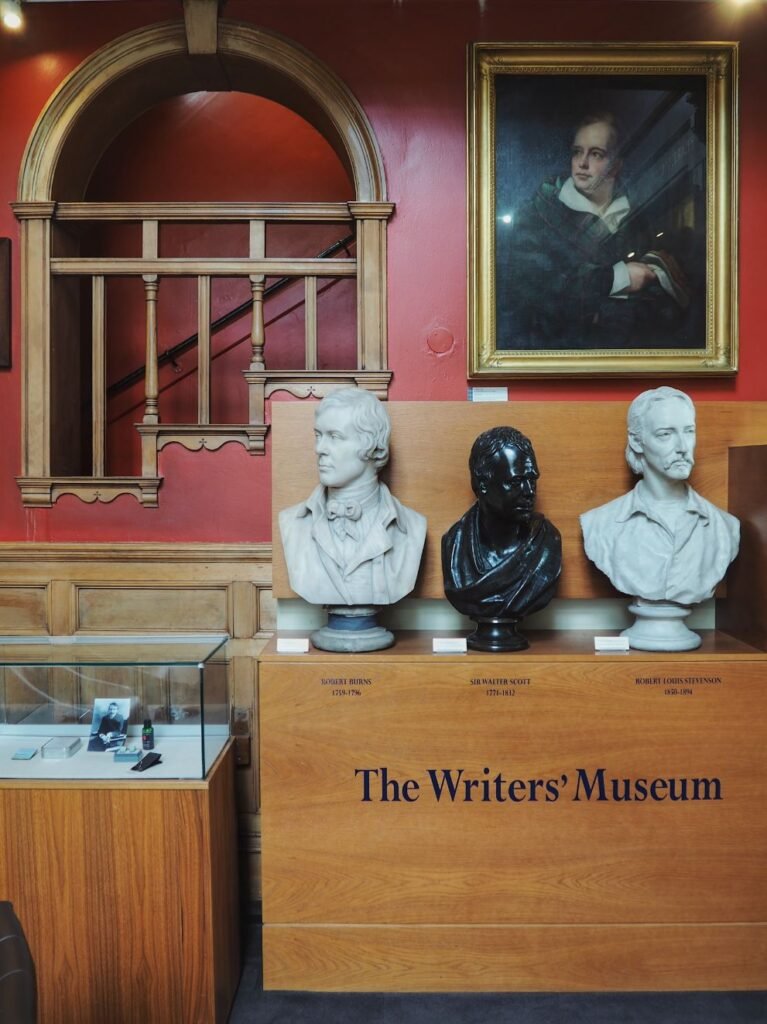 The museum is home to a range of fascinating Edinburgh objects such as James Craig’s iconic plans of the New Town; Greyfriars Bobby’s collar and bowl; and collections of decorative art which reveal the rich history of Scottish craftsmanship. Although temporarily closed, one section of the museum which is worth looking for is the courtyard which contains almost 100 architectural fragments from all over the city and the surrounding area. Most date from between the late 15th-century to the late 18th- century. One of the most interesting fragments is the remnants from the Netherbow Port, Edinburgh’s ancient city gates which divided Edinburgh and the Canongate. 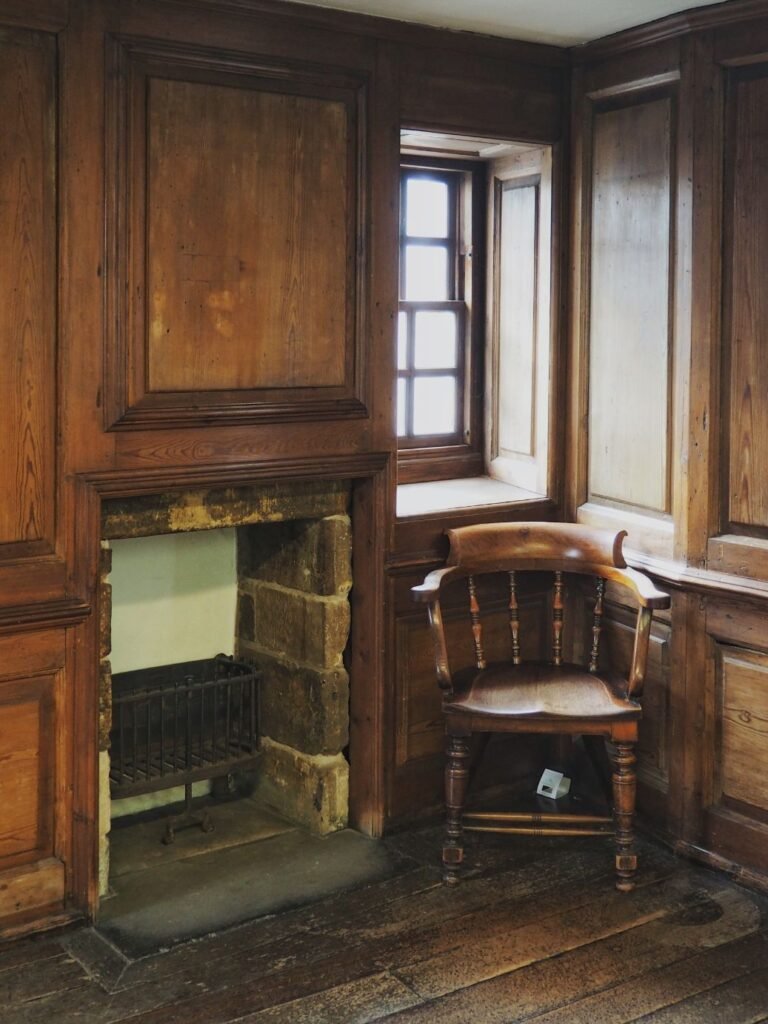 The People’s Story is directly across the street from the Museum of Edinburgh and is housed within the old Canongate Tolbooth. As its name suggests, the museum focuses on those who have called Edinburgh their home. More specifically, the museum gives a unique insight into Edinburgh’s working-class people from the 18th-century to the late 20th century. What makes the People’s Story Museum unique is its use of personal stories, taken from oral history reminiscences and written sources, to reveal the history of the city through the eyes of its locals. Historic objects complement these stories and one of the collection’s highlights is Britain’s largest collection of early reform flags and banners. There are also recreations of daily life throughout history such as a bookbinder’s workshop, wartime kitchen, tea room and a jail cell. 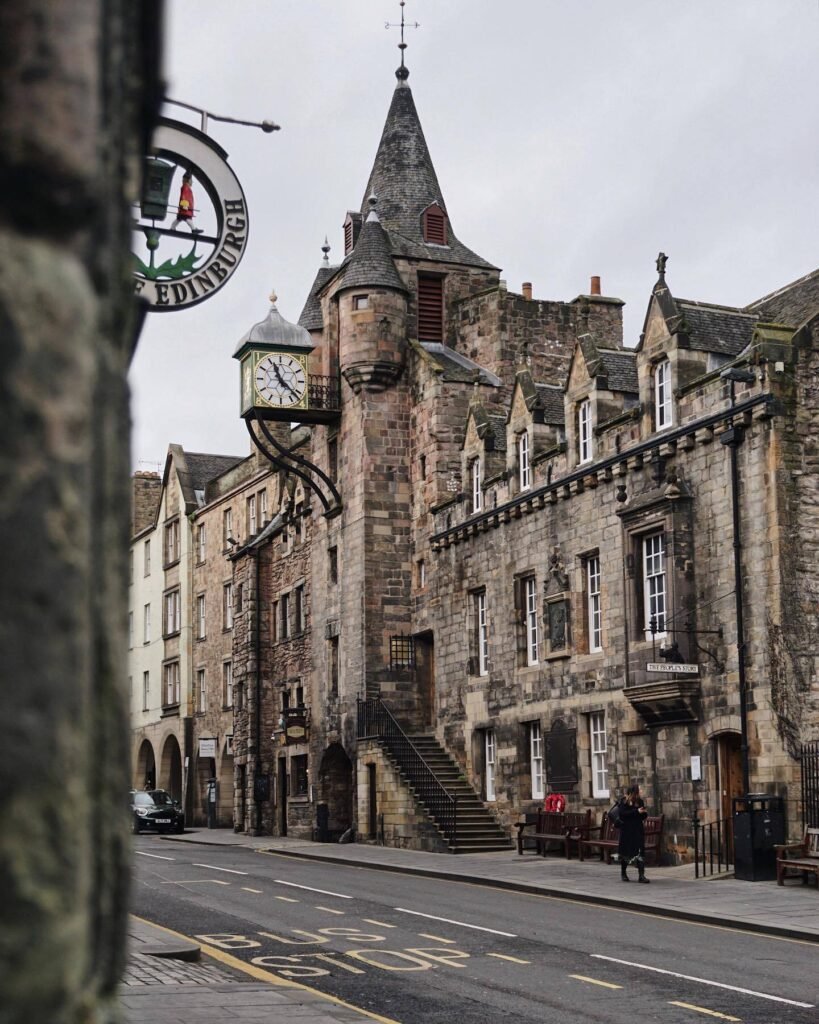 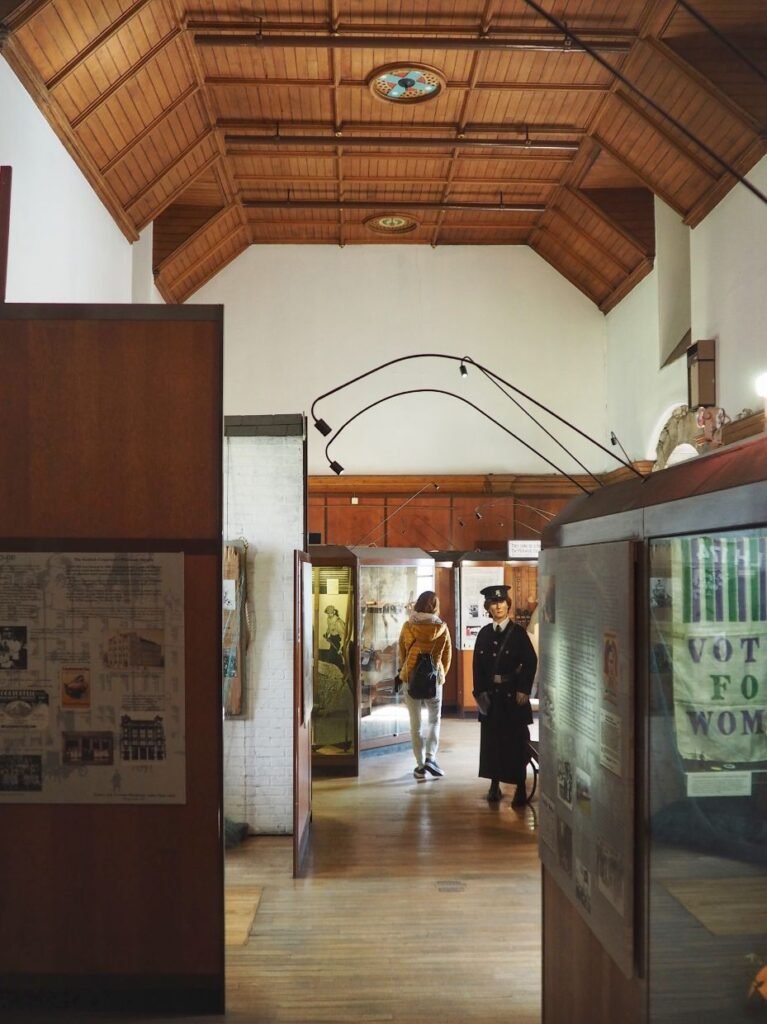 4. Museum on the Mound

Sitting at the top of the Mound, housed within the grand head office of the Bank of Scotland and the Scottish headquarters for Lloyds Banking Group, you’ll find the Museum on the Mound. For many years there was a small museum within the building, however, when major refurbishments took place in the early 2000s, plans were put in place to turn most of the lower ground floor into seven rooms for the Museum on the Mound. The museum eventually opened in 2006 with its main focus being financial but don’t allow the topic to put you off as the museum is a fun, interactive experience with collection highlights including a display of £1 million pounds, Scotland’s oldest banknotes, and the option to try your hand at cracking a safe. The museum also commemorates its location through an exhibition exploring Edinburgh’s evolution since the 1600s and the history of the Mound through interactive maps.

Located on bustling Nicolson Street, the impressive Surgeons’ Hall Museums’ building stands out among the tenements and shopfronts with its large-scale portico designed by renowned Scottish architect William Playfair. The Royal College of Surgeons of Edinburgh was founded in 1505, with the Museums’ collections growing significantly from 1699 onwards. It was originally developed as a teaching museum for students of medicine and included the remarkable collections of surgeon and anatomists, Sir Charles Bell and John Barclay. However, after there was significant public interest in ‘natural and artificial curiosities’, the museum opened to the public in 1832, making Surgeons’ Hall Museum among one of Scotland’s oldest museums. Naturally, the museum, which contains the largest and most historic collections of surgical pathology in the world, will appeal to those with a medical interest, however, the museum is also fascinating, albeit a tad gory at times, to a casual visitor. Collection highlights include a letter from Sir Arthur Conan Doyle crediting The Royal College of Surgeons of Edinburgh Fellow, Dr Joseph Bell, as the main inspiration for the character of Sherlock Holmes; a pocketbook made from the skin of William Burke; and the story of Scotland’s first public dissection. As well as the permanent collection, there is also an ever- changing temporary exhibition! 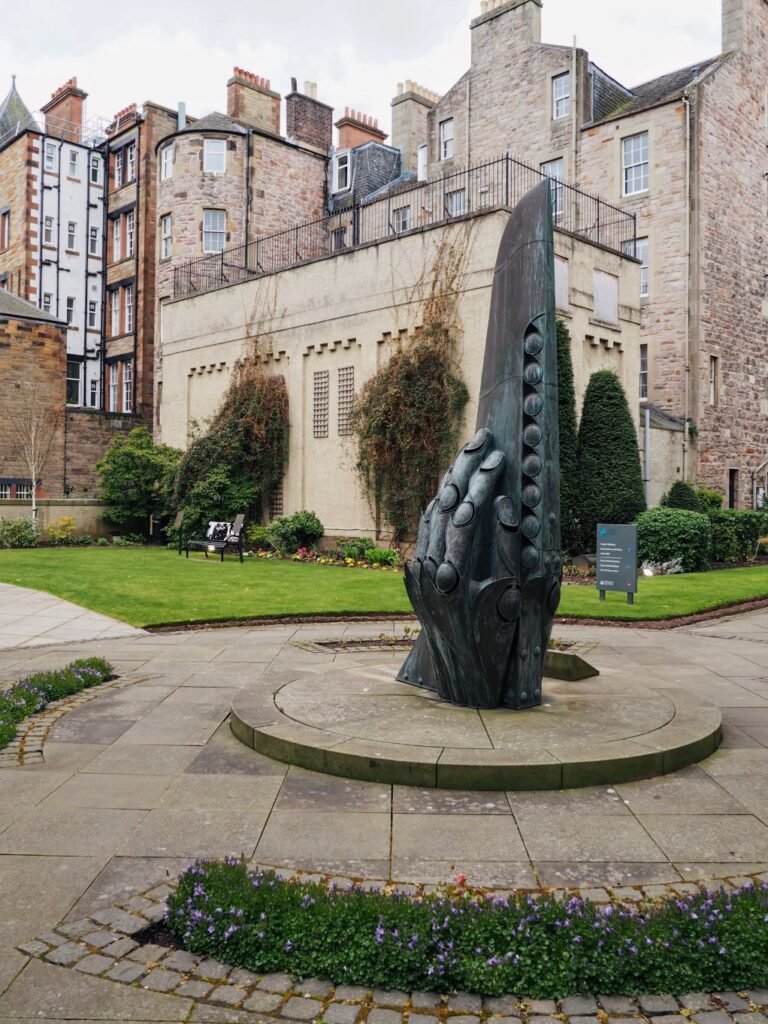 Tucked away on the Cowgate is an unlikely find, the only place in the world where it is possible to hear 18th-century music in an 18th-century concert hall played on 18th-century instruments. Scotland’s oldest purpose-built concert hall, St Cecilia’s Hall opened in 1763 with an elegant elliptical concert hall at the heart of the Georgian building which is now complemented by four galleries (Binks Gallery, 1812 Gallery, Wolfson Gallery, and Laigh Hall) spread out over two floors, a conservation studio, and an education room. The hall was originally commissioned by the Edinburgh Musical Society and designed by architect Robert Mylne with the inaugural concert of St Cecilia’s Hall held in 1763. Unfortunately, when the University of Edinburgh acquired the building in 1959 to house its collection of historic musical instruments, which ranks among the world’s most important collections of musical heritage, the original elliptical concert hall had been renovated into a rectangular room with Victorian windows on the east wall. So, the concert hall you’ll see today has been lovingly reconstructed. The museum consists of over 500 rare and beautiful instruments from across the globe – many of which are still played as part of the Hall’s concert programme – with a particular focus on instruments that are no longer in regular current use ranging from the 16th to the 20th-century. 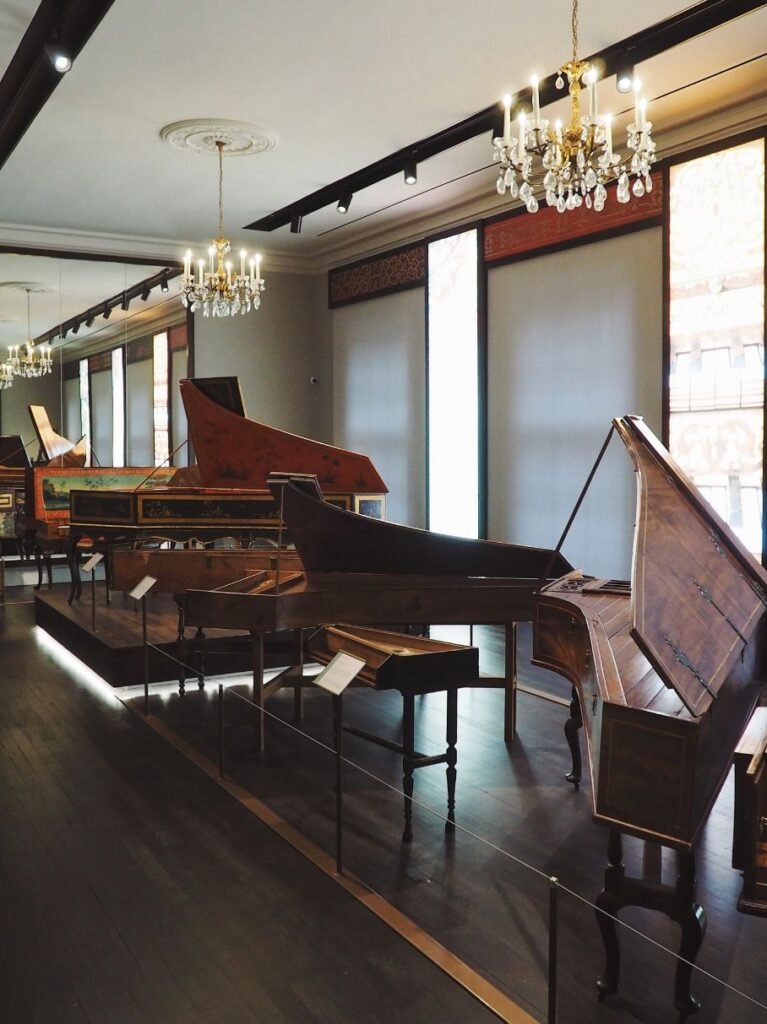 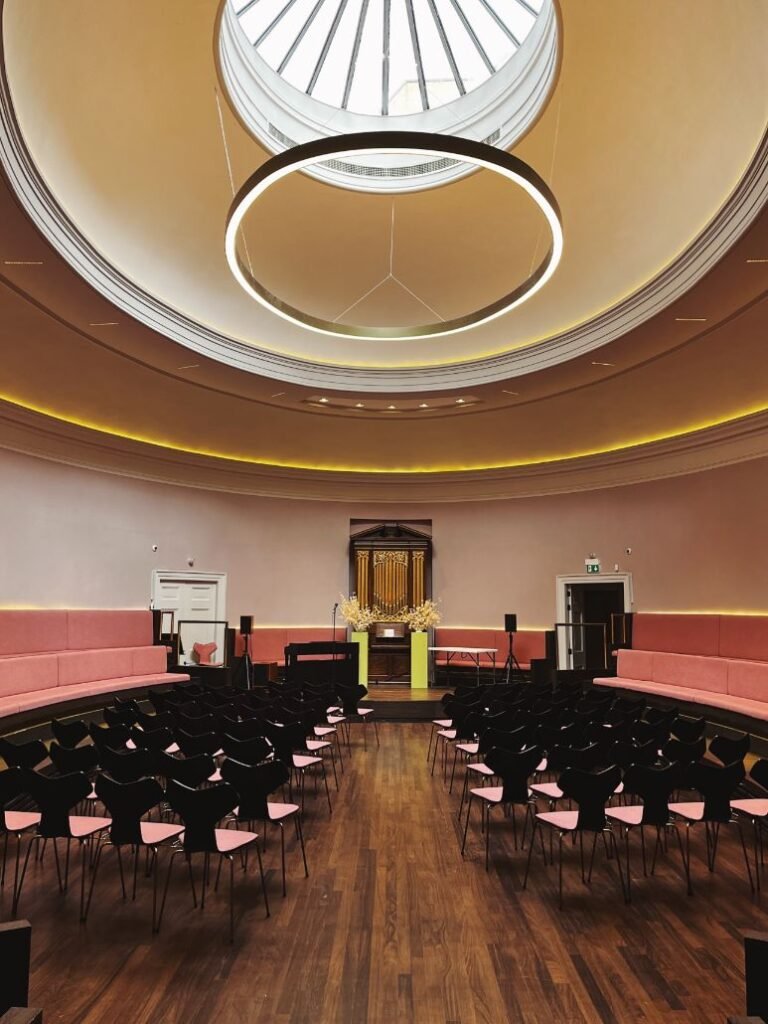 Trinity House Maritime Museum is the headquarters of the Master Mariners of Leith and home to a fascinating collection of all things nautical. Don’t be put off by thinking the museum is only of interest to nautical enthusiasts, it’s an architectural gem filled to the brim with unusual and quirky objects that are brought to life through their tour guides’ stories. The museum consists of various rooms including the Vaults which date from the 1500s, and once housed a school for young mariners; the Master’s Meeting Room, a cosy room which features a fine collection of paintings showing Leith as a busy commercial port; and the Convening Room consisting of four original Henry Raeburn paintings, ornate plaster friezes featuring Neptune and dolphins and a 6-metre-long mahogany table covered in maritime memorabilia ranging from barometers to a 3- metre-long narwhal tusk. As you travel between rooms there are also interesting features to look out for such as an impressive stained-glass window dedicated to the merchant seamen who lost their lives in the Great War. 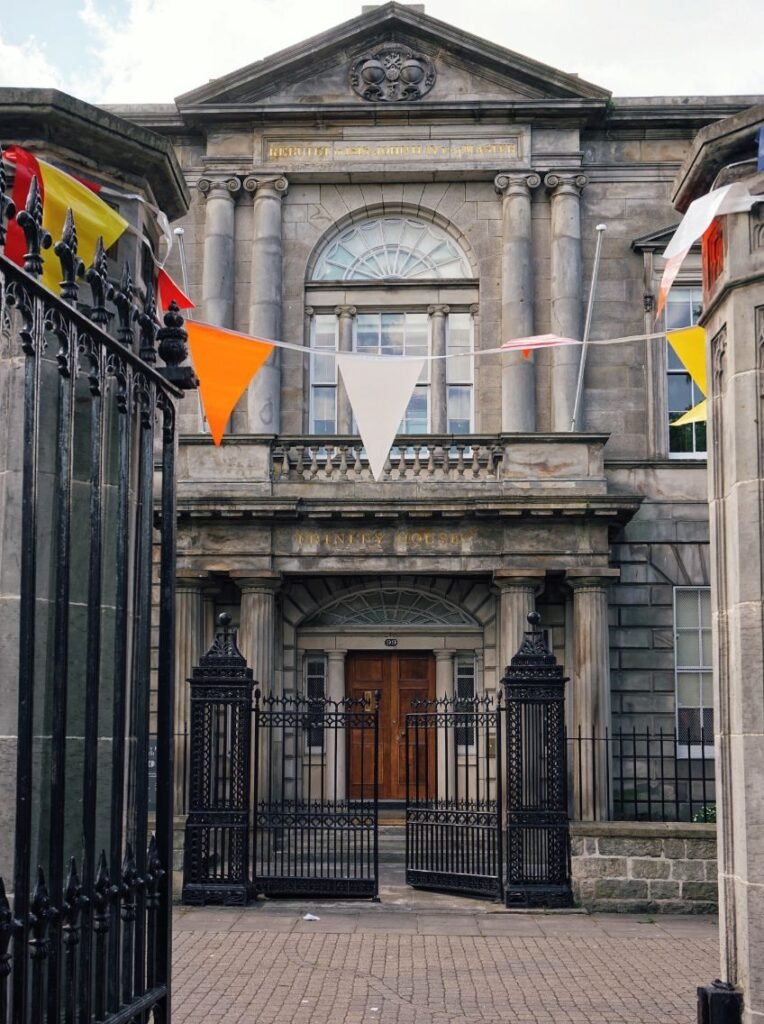 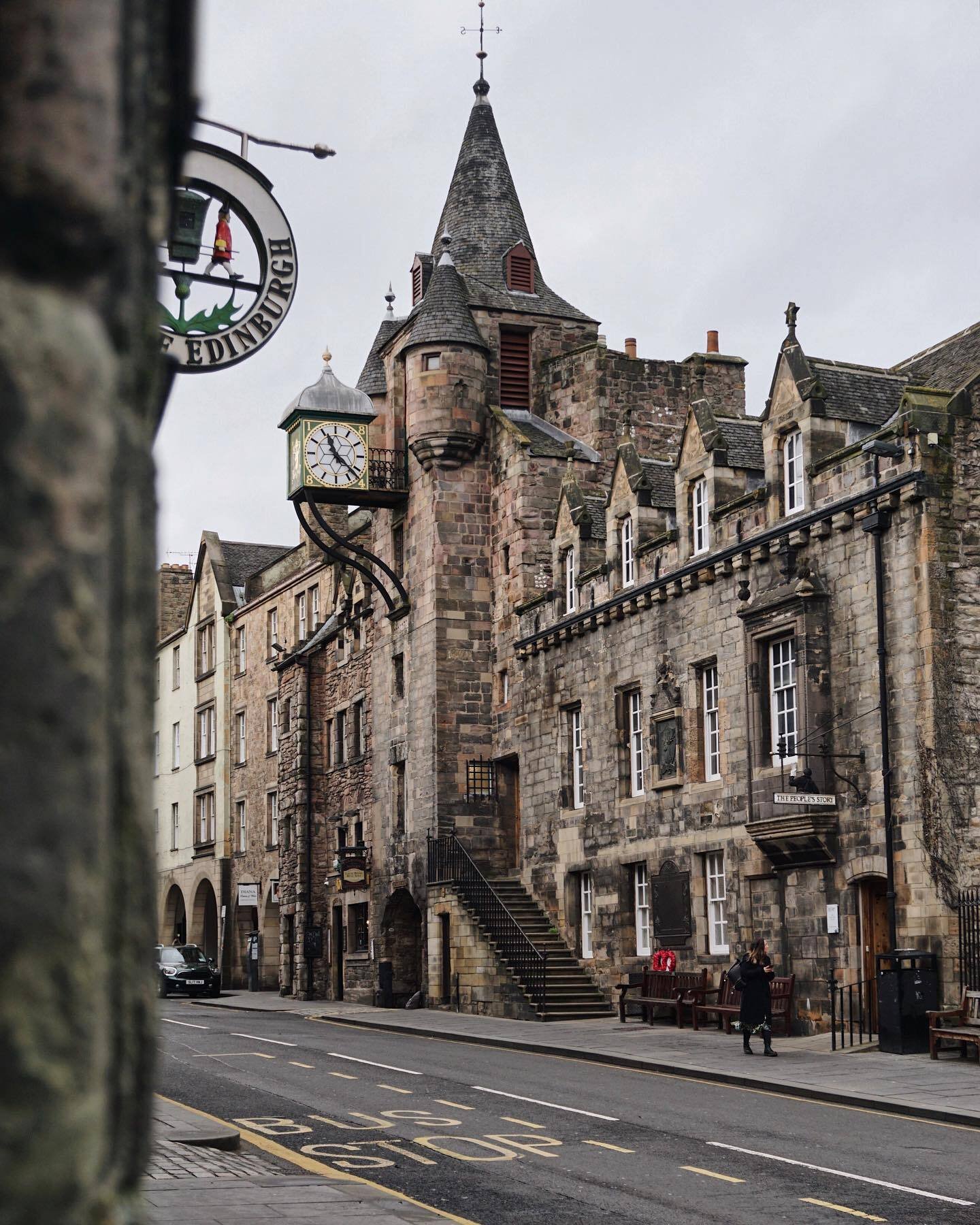