Perched on a cliff near Skye’s most northerly point, Duntulm Castle has a fascinating reputation. Not just as a formidable fortress with a very long history, but as a home to more than its fair share of ghosts.

Long before the medieval castle, an Iron Age broch took advantage of this strategic position. For hundreds of years, while Skye was firmly under Viking influence, those Norsemen utilised the old stone towers themselves. Eventually, Duntulm Castle began to take a more recognisable shape after the powerful Clan MacLeod moved in.

They might have built the castle we see today, but they weren’t the only family to live there. Epitomising the long-running conflict that dominates the island’s history, Duntulm Castle was passed unwillingly to the MacLeod’s arch-nemesis, Clan MacDonald. 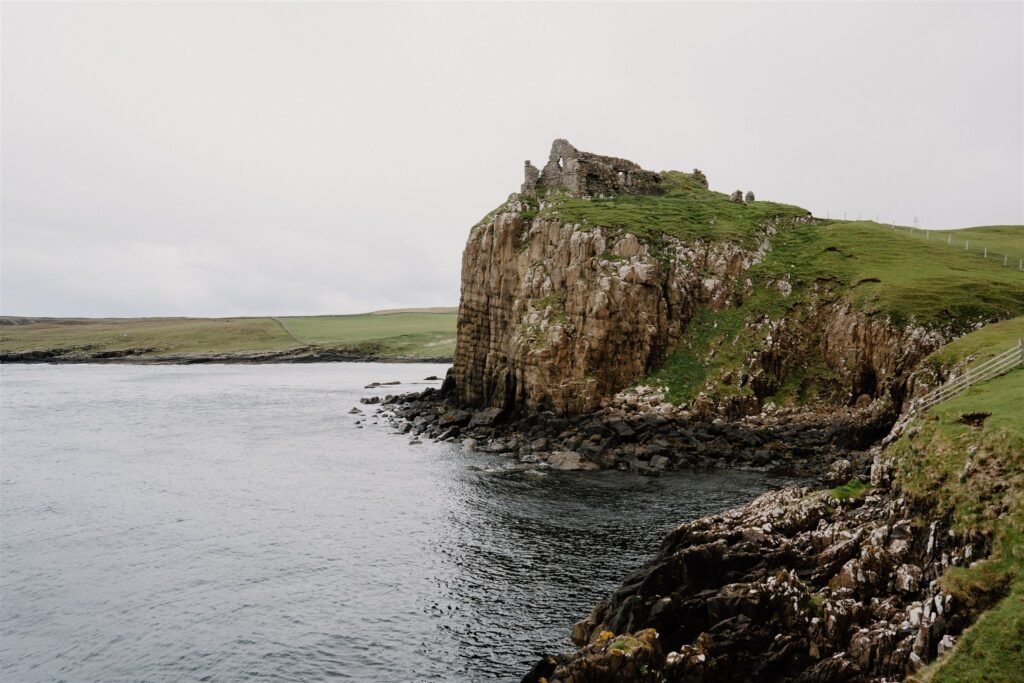 Perched on a cliff near Skye’s most northerly point, Duntulm Castle has a fascinating reputation. Not juBy 1730 even the MacDonalds had abandoned this windswept stronghold and it was left to slowly tumble into the sea. It may well have been too old-fashioned or uncomfortable for them now that they weren’t under constant threat of attack. However, if the stories are to be believed, then the real reason may have been that Duntulm Castle was overrun with restless spirits.

One common, ghostly visitor to the ruins is the treacherous Hugh MacDonald, a man who was determined that he should lead the MacDonalds of Sleat. His attempt to seize control and become clan chief failed and instead the traitor was imprisoned in the dungeons of Duntulm. To ensure an agonising death, Hugh was given nothing but salted beef to eat, without a drop of water to wash it down. The rasping groans of his thirsty spirit can still be heard around the clifftop.

Joining Hugh is Margaret MacLeod, seen amongst the ruins of Duntulm weeping from her single eye. Her mistreatment at the hands of her husband, a MacDonald chief, was the match that lit the fuse of the ferocious War of the One-Eyed Woman. 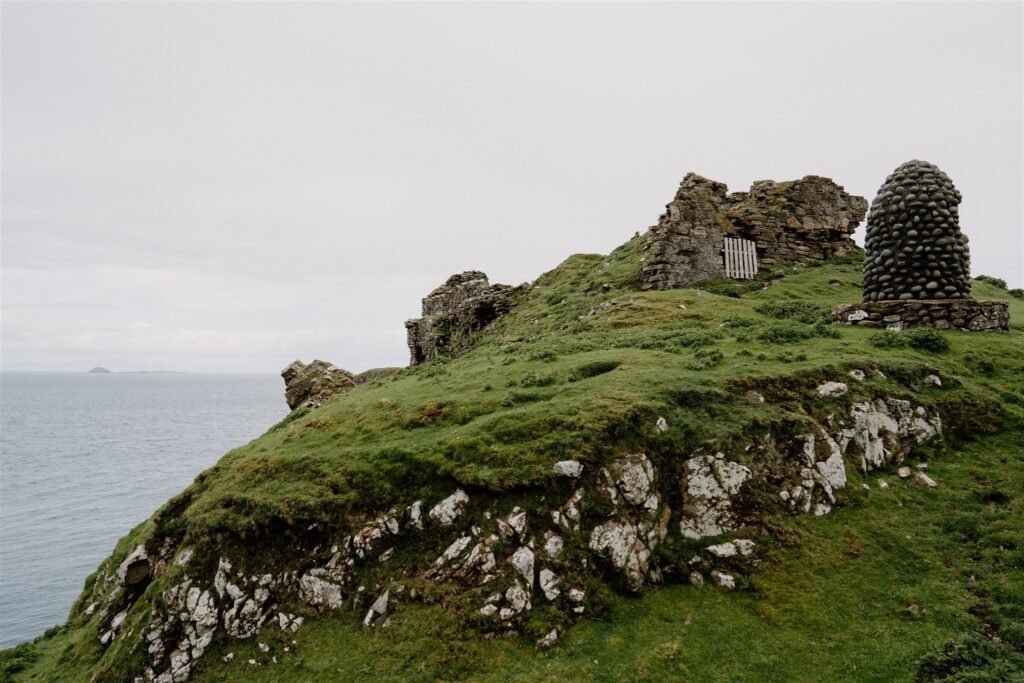 Donald Gorm the 8th MacDonald Chief has a less tragic story even though he’s known as a much more aggressive ghost. Donald enjoyed nothing more than the clash of battle and his life was defined by the many conflicts he both won and lost. When he couldn’t find any MacLeods to pick on, he liked to start fights with his own clansmen just for fun. He still stomps around Duntulm Castle in a loud, drunken manner trying to find one last brawl.

The final ghost has the most upsetting story of them all. While the high cliffs of Duntulm are perfect for defence, they also made it a very dangerous place to live. A careless nursemaid once dropped the baby of a MacDonald chief from one of the window ledges. It was a tragic accident, but that didn’t stop the nurse from being killed as a punishment. Her ghost haunts the castle ruins and the cliffs below, desperately searching for the child.

With walls filled with this much tragedy and so many restless spirits roaming the halls, it’s no wonder that Duntulm Castle didn’t have enough room for the living anymore.