Dunscaith gets its name from Sgathae, a legendary Queen in the days of Fingal. The ruins lie on the west coast of Sleat, the most southern peninsula on the Isle of Skye.

Little of the castle now remains, except parts of the curtain wall of the enclosure, the arches of the drawbridge, and the entrance stairway. In a courtyard is a well and the remains of a staircase leading up to a tower. All that remain of the internal buildings , including that of the great hall, are overgrown foundations.

On the south side was a small seaward gate giving access from boats blow. 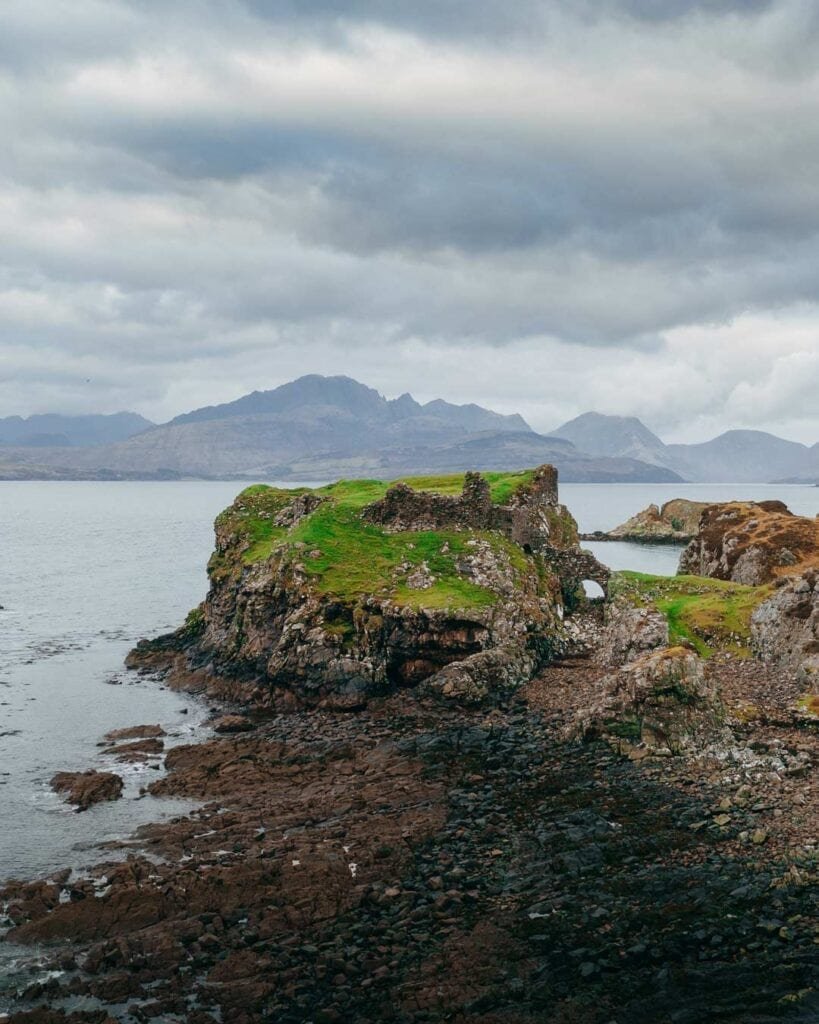 HOW TO GET THERE

The ruins can be reached by crossing the road bridge into Skye on the A87 towards Broadford, then turning left onto the A851 Ardvasar road. Turn right at the signs to Ord and Tokavaig. The castle is reached by foot from Tokavaig by a track along the shore.

The castle was either built or rebuilt by King William, the Lion, in around 1181.

During the 14th century Sleat formed part of the Earldom of Ross and was occupied by the MacLeods of Dunvegan, who held it until it was seized by the MacDonalds a century later. In 1431 “Dun Sgathaich” was briefly seized from the MacDonalds by King James.

In 1469 Hugh, brother of John, Lord of the Isles, received a grant of the 28 merkland of Sleat, and from him descends the MacDonalds of Sleat, who still exist today. Hugh, was succeeded by his eldest son John, as 2nd of Sleat. John had no children and in order to keep Sleat out of the hands of his half-brother, on the 23rd August 1505, he issued a Charter to Ranald MacDonald of Clanranald, of the lands of Sleat and the “Castro et fortalicio de Dunskahay”. Despite this charter Sleat eventually passed to John’s half-brother, Donald Gallach.

Donald Gallach was forfeited by the Crown in 1515, but Sleat was again restored to the MacDonalds a few years later. In 1530 Donald Grumach, 4th of Sleat, was summoned to appear before the King. In the summons he is called “of Dunscaith”.

In 1549 Dean Munro refers to the “castill of Dunskay pertaining to … Donald Gromsone”. This was Donald Gormson, 6th of Sleat, who on the 16th January 1572, signed an obligation to the Bishop of the Isles at “Dounsceiche”.

The castle was finally abandoned by the MacDonalds of Sleat, probably in the early 17th century, since when the buildings have been allowed to deteriorate to their present state.

Dunscaith Castle has been scheduled under the Ancient Monuments Acts. 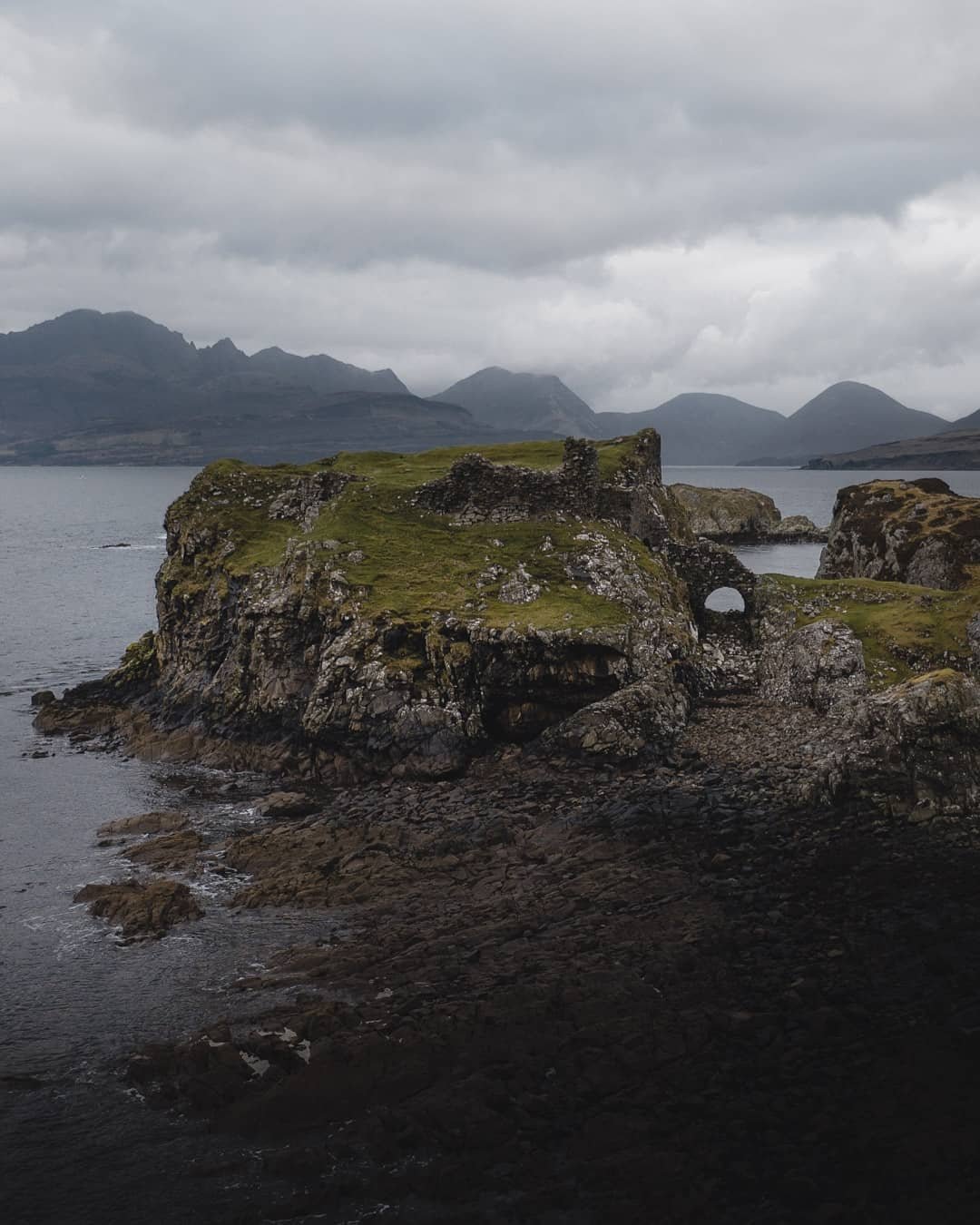