Duart Castle and The Lady of the Rock

Standing proudly on its rock on the Isle of Mull, Duart Castle is the ancestral home of Clan MacLean. In one of the castle’s darkest chapters, it was the scene of two ruthless, attempted murders between a husband and his wife.

In the 16th century, Clan Maclean had a brutal chief by the name of Lachlan Cattanach Maclean. He wasn’t just a fearsome warrior, Lachlan was also a wicked man. His behaviour didn’t sit well with his wife Catherine Campbell, the sister of the Earl of Argyll. The couple hadn’t married for love, she was there to secure an essential but delicate truce. Eventually, Catherine decided to take it upon herself to rid Duart Castle of her cruel husband once and for all.

During a banquet in the castle’s Great Hall, Catherine laced Lachlan’s cup with poison. It wasn’t subtle and she either hoped that suspicion wouldn’t fall on her or everybody would be so relieved the tyrant was gone that they wouldn’t care. Unfortunately, things didn’t go according to plan. 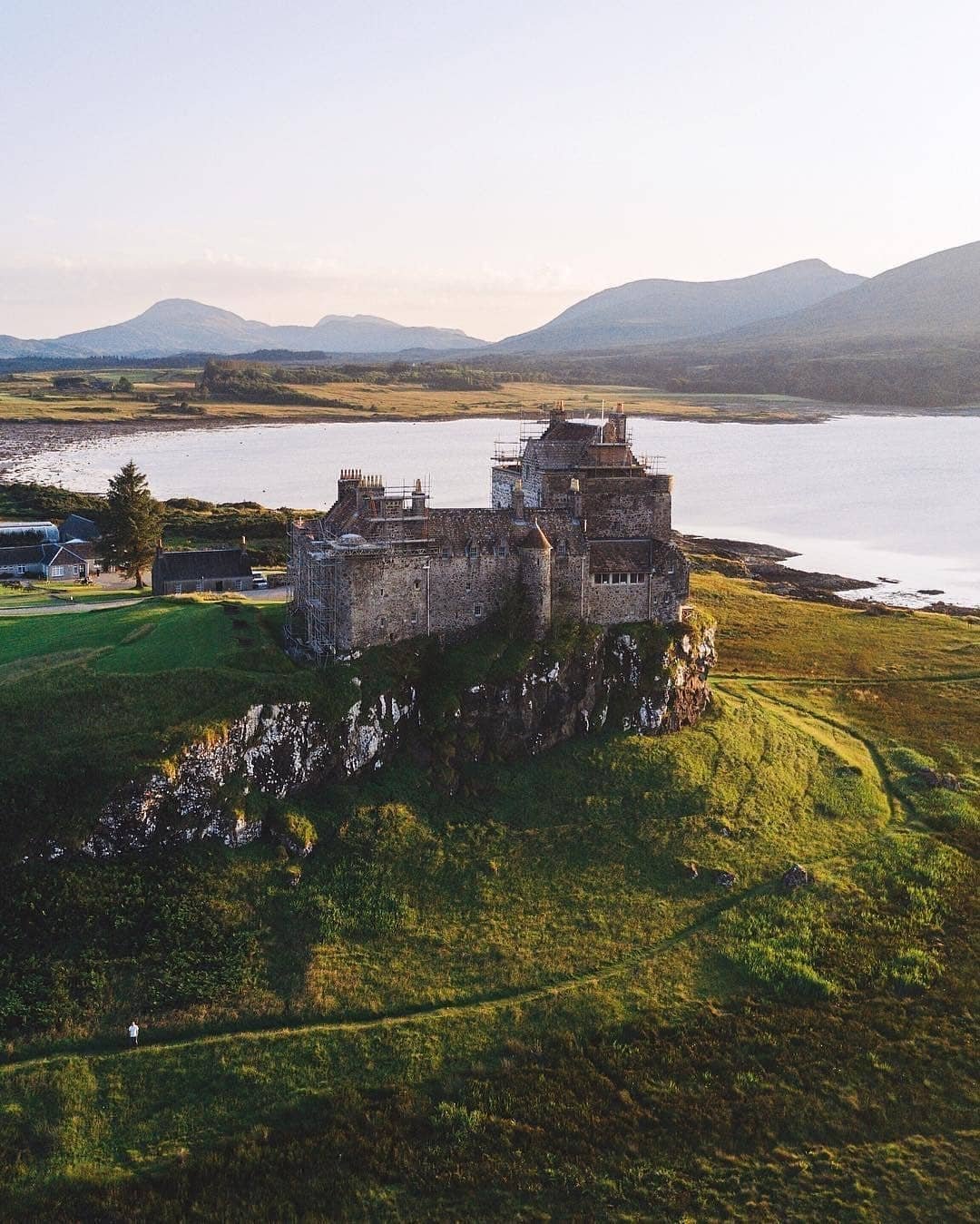 The clan chief drank the poison and started to choke. Looking around the banquet for help, he no doubt saw a glimpse of satisfaction on his wife’s face andknew who was to blame. He was badly ill, but Lachlan had more fight in him thananybody expected and survived the assassination. Before long it was time for hisrevenge.

Bursting into Catherine’s room in the middle of the night with one of his most trusted and least honourable clansmen, Lachlan dragged his wife out of Duart Castle. They bundled her into a boat and rowed out to a small rock that was only visible during low tide. Catherine was dumped, tied up and helpless on what has become known as Lady’s Rock, left there to drown.

As Lachlan looked out the next morning from Duart Castle, the rock was empty. He sent a tearful message to his brother-in-law explaining that Catherine had sadly passed away with a sickness. The Earl of Argyll requested his sister be returned for burial at Inveraray and so the Macleans formed a funeral procession, accompanied by an empty coffin.

As Lachlan sat in front of the Earl of Argyll, describing how his sister had suddenly taken ill, he was wondering why his host didn’t look upset at the tragic story. Then the blood drained from the MacLean Chief’s face as he watched Catherine stroll through the door and take her place at the table. She had been rescued by a passing fisherman and delivered safely to her brother.

Excuses and claims of a miracle sputtered from Lachlan’s mouth. Surrounded by Campbell men who were very aware of his attempt on Catherine’s life, he made himself scarce. Lachlan may have escaped Inveraray, but he knew things weren’tsafe for him on the west coast.

He made an excuse to spend some time in Edinburgh where he was soon found with a dagger in his back. Catherine’s younger brother Colin had caught up with Lachlan and finished the murder that his sister had started.