Doune Castle and the Uncrowned King

Doune Castle and the Uncrowned King

Doune Castle has long captured the imagination, starring as a location in dramas such as Game of Thrones, Outlaw King, Monty Python, and Outlander. It towers over the River Teith in the Stirlingshire countryside, and its grand walls and stature make it clear that this was a castle fit for a king. The king may not have lived here, but Doune Castle was constructed in the fourteenth-century by one of the most dramatic figures of medieval Scotland, who came very close to achieving the crown he so coveted – Robert Stewart, Duke of Albany.

Robert Stewart was the third son of King Robert II of Scotland, and a voraciously ambitious nobleman who never quite grasped the Scottish throne despite his amass of power. He was said to have idolised his great-grandfather, Robert the Bruce, and his impressive career and political ruthlessness demonstrates how he wished to emulate his idol. From the 1360s, Robert began to collect vast quantities of land and title that placed him among the top ranking of Scottish nobility. In 1361, he became the fourth and final husband to Margaret Graham, countess of Menteith, an affluent and powerful widow and divorcee. Through his marriage to Margaret, Robert became earl of Menteith, gaining control of a region that had been a major point of tension between the Stewarts and other key families. In 1371, Robert became earl of Fife after Isabella, countess of Fife, resigned her earldom to him. Once again, he had become the holder of a highly contested earldom. Clearly, women were crucial in Robert’s gathering of authority. It is thanks to his marriage to Margaret, and the political decisions of Isabella, that he became the holder of two earldoms and was able to complete the construction of the mighty Doune Castle in 1380. 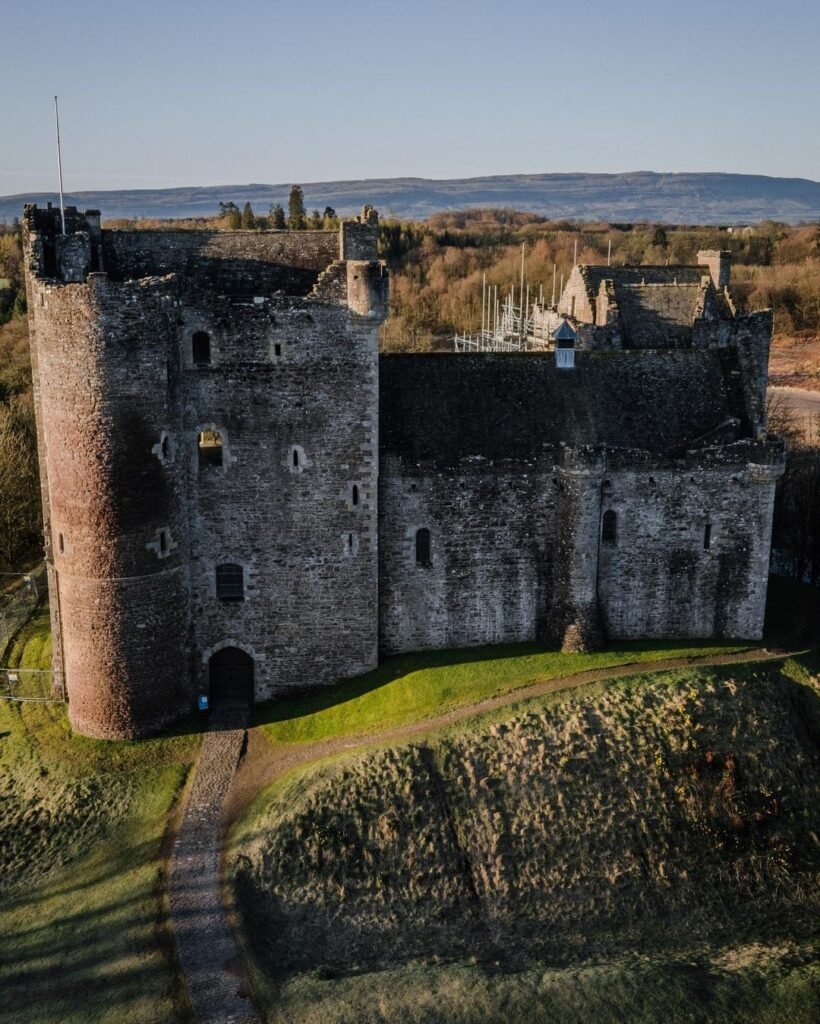 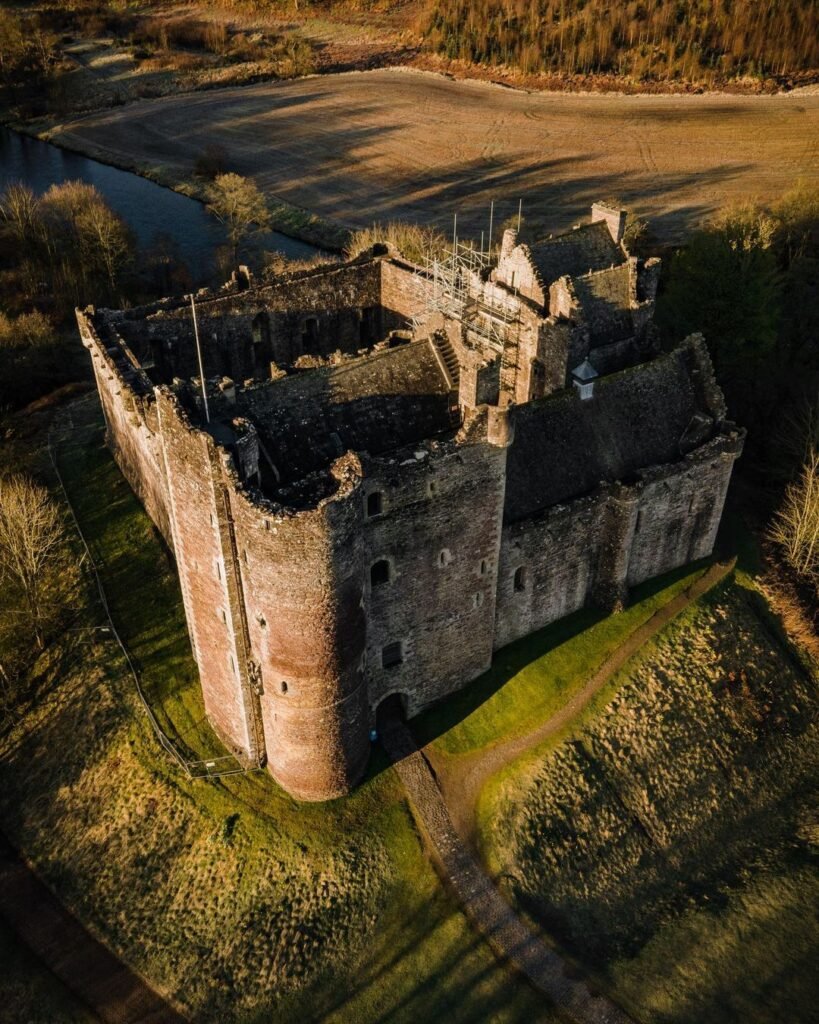 The 1380s saw Robert and his eldest brother, John Stewart, hold the monopoly of power in Scotland as regents for their elderly kingly father. When John was injured in 1388, Robert was elevated to sole Guardian of Scotland, victorious in his wrestling for authority with John. Guardianship secured, Robert then turned a ruthless eye to his younger brother in the north of Scotland – Alexander Stewart, better known as the Wolf of Badenoch – who he effectively toppled from power.
Family antagonism did not end with the fall of the Wolf. When Robert’s brother John was crowned king in 1390, greater power was granted to John’s son and heir and Robert’s nephew – David Stewart. Robert’s battle for power with David was symbolised by both men being promoted to dukes in 1398, with David becoming Duke of Rothesay and Robert Duke of Albany. By 1402, Robert had tolerated the ambitions of his nephew for long enough. David was arrested in February of that year, and had died a month later while imprisoned at Robert’s other stronghold in Falkland. Despite being acquitted of murdering his nephew, Robert’s obvious involvement in David’s death shows just how far he was willing to go to get his way. When the king died in 1406 and the new king, James I, was taken captive by the English, Robert Stewart became Governor of Scotland – king in all but name.
James I remained in English captivity for eighteen years, while Robert did little to obtain his release from captivity. Reigning supreme as Governor until his death in 1420, Robert’s position was unchallenged and justice was never served to him for his callous ambition. He was buried in Dunfermline Abbey, close to the great-grandfather that he idolised, but still never able to match his crown. Doune Castle is symbolic of the formidable Robert Stewart: intimidating and authoritative, but not quite worthy of the crown. When exploring the castle, you can almost feel the cold gaze of Scotland’s uncrowned king upon your back. 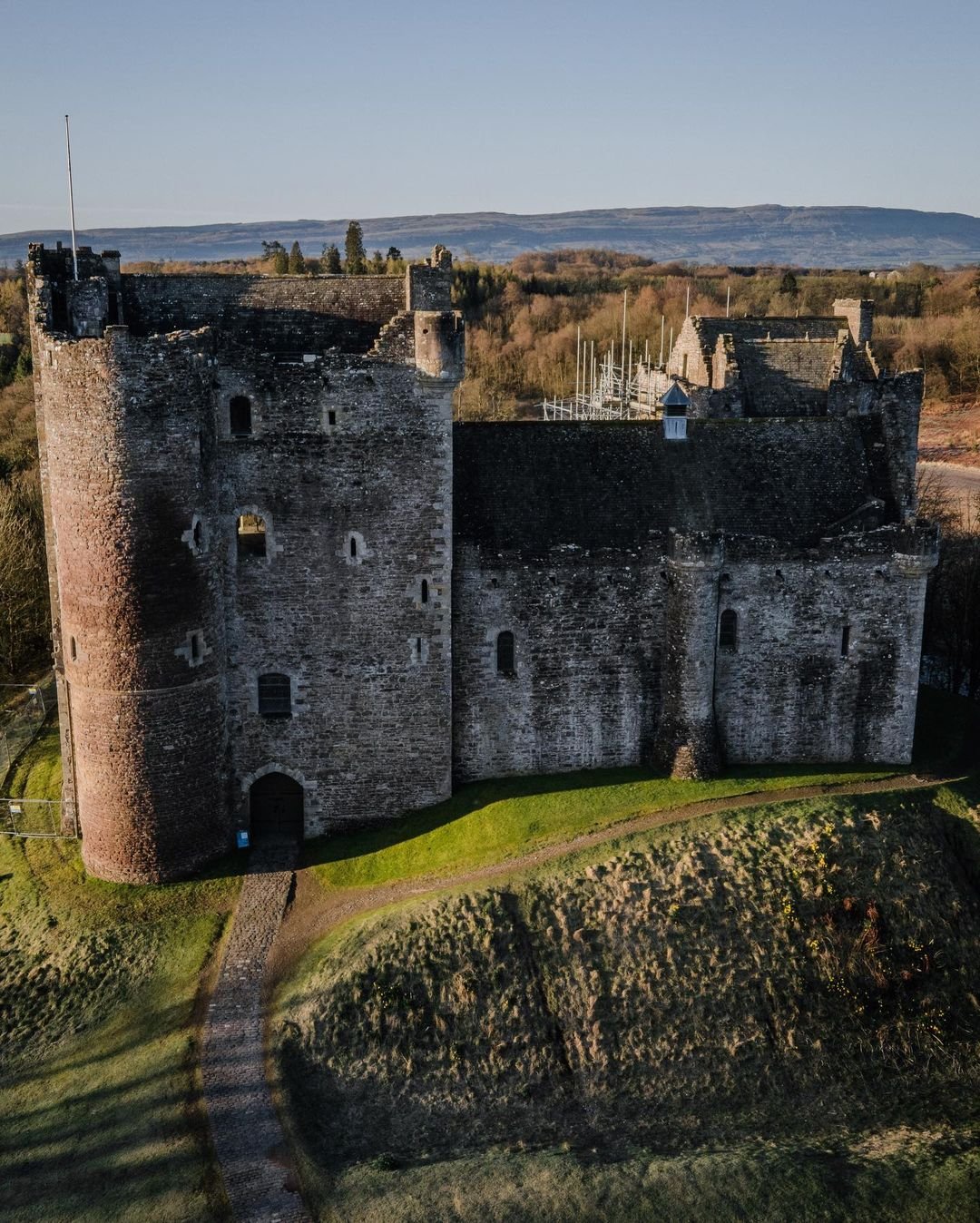