Discovering the Brough of Birsay

Discovering the Brough of Birsay

Photography and words by @rachelvisual

Lying off the storm-battered coast of Orkney’s West mainland, the Brough of Birsay juts out boldly into Atlantic Ocean’s churning waters. The small tidal island is only accessible via a slim concrete causeway at low tide, restricting passage to and from the mainland to only a few hours each day. With a total area of around 21 hectares, this unique island hosts some of the most incredible scenery, wildlife and history found in the Orkney islands.

For centuries, Orkney’s political and religious power was centred around the Brough, with the earliest settlements thought to date back to the 6th century. It was first occupied by the Picts, Scotland’s oldest indigenous people. Many brooches, fragments of glass, moulds for fine bronze jewellery and other high-quality objects have been found during excavations, suggesting that the site was a Pictish power centre – home to skilled craftsmen who lived a sophisticated lifestyle for centuries before Vikings arrived. By the 9th century, Vikings from Norway had settled on the Brough and continued to develop the site over the next three centuries, building over the top of much of the old Pictish structures. 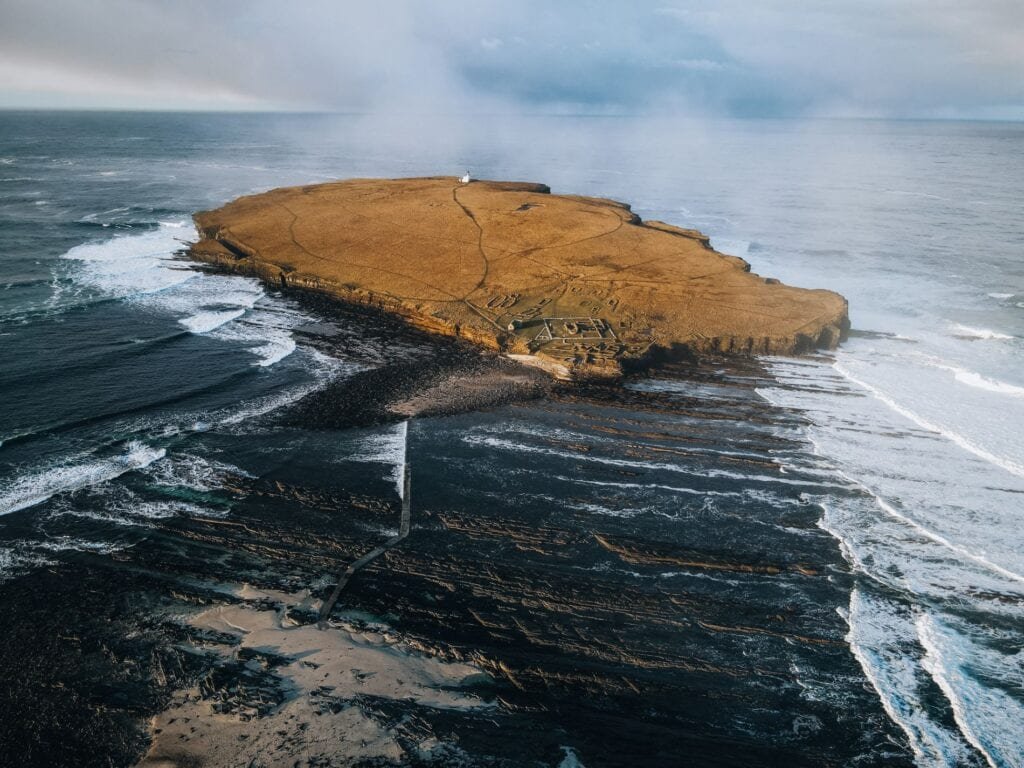 Arriving on the island you are greeted with a complex maze of low stone walls, most of which date from the final, Norse, period of use. Some of the remains include a 12th century monastery, several Norse longhouses and incredibly, one structure that has been identified as a sauna and bathhouse, which was complete with underfloor heating!

Though most of the buildings that remain on the brough are from its later residents, traces of earlier Pictish settlement can be seen. The most profound of which is an impressively carved Pictish symbol stone. The original symbol stone was unfortunately found smashed; however, an accurate reconstruction was made and can be seen standing amongst network of structures.

Beyond the settlements, the land slopes gently upwards, with a small lighthouse perched at the top of the seaward facing cliffs, around 45m above sea level. The walk up to the lighthouse leads you along the perimeter of the island and reveals stunning 360-degree views of the striking coastline as well as further inland. During the summer months the clifftops are bursting with life, with bright wildflowers and hundreds of seabirds lining the cliffsides.

This is also undoubtably one of the best places on the Orkney mainland to spot Puffins – our favourite summer visitors! Puffins are known as ‘tammie norries’ in Orkney and actually spend most of their lives at sea. They return to their breeding colonies between the months of May to July each year, where they will only lay a single egg.

It’s easy for the hours to drift past while up on the clifftops admiring these adorable little characters, so make sure you keep an eye on the tide to avoid getting your feet wet on the way back! 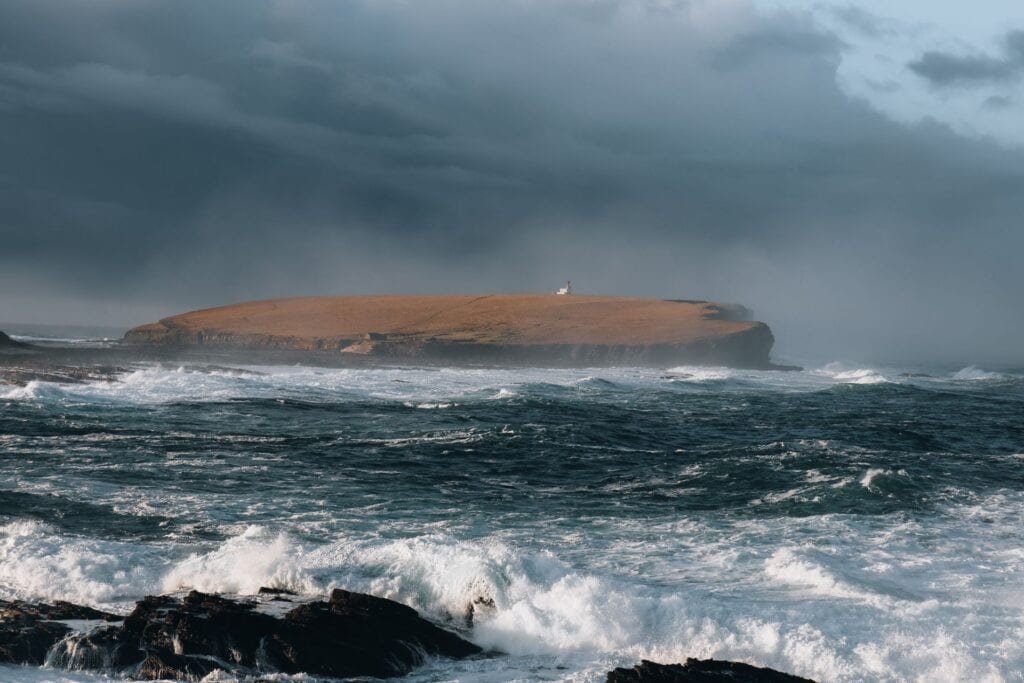 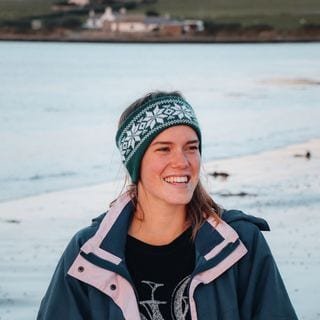 Photography and words by @rachelvisual 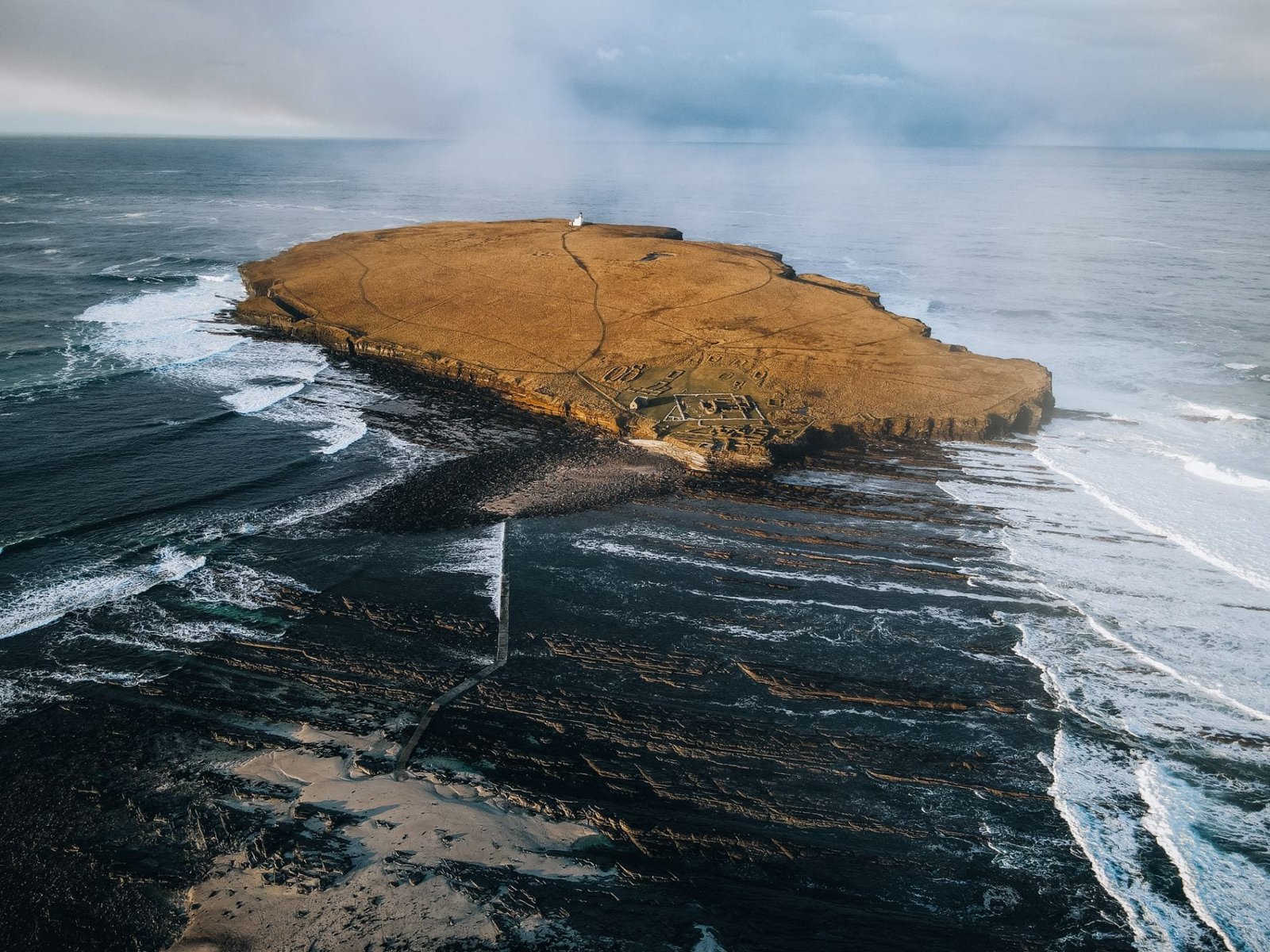