Hidden deep in the Fife woodland, Crawford Priory is one of the most intriguing ruins in Scotland. These once grand walls are now slowly crumbling away and being swallowed up by nature. While the ruins are foreboding enough through the day, some believe that the priory comes alive again at night, visited by more than just the people who used to live there. 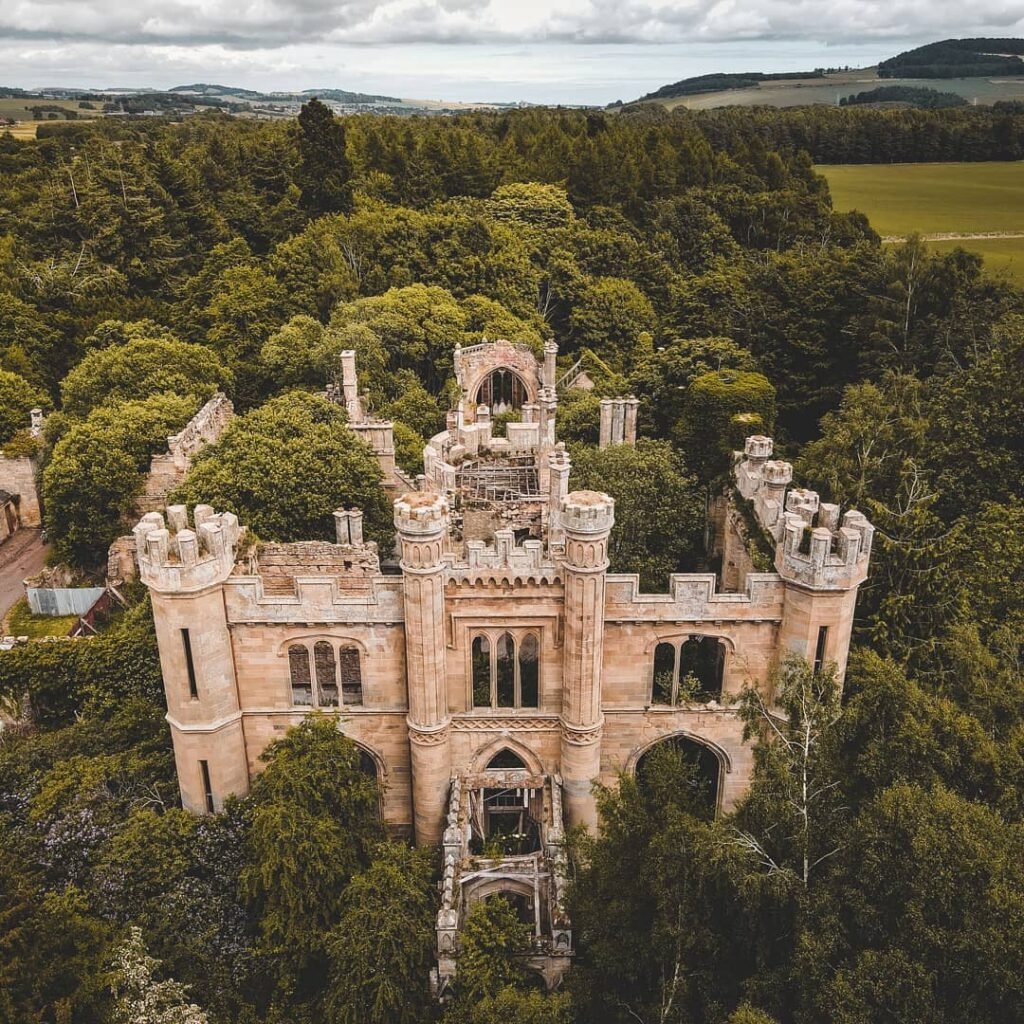 Originally a simple hunting lodge built for the 21st Earl of Crawford in 1758, the estate would eventually be inherited by his daughter Lady Mary. She wasn’t content living in such an ordinary building though. This remarkable woman decided to create something much more elaborate.

In 1809, Mary wrote in a letter that she believed the original Crawford Lodge had been “raised under bad and awful auspices.” During dinner one evening, her dog continuously howled at something nobody else could see, before whimpering under the table and refusing the leave the room. Mary’s superstitions may have played a large part in her determination to give the building a fresh start.

The very next year, the vast remodelling of the Crawford estate began. Mary was a deeply religious individual and that would become very evident in the construction of her new home. Even though the building had no connection with the church, it would adopt the look and name of a priory. 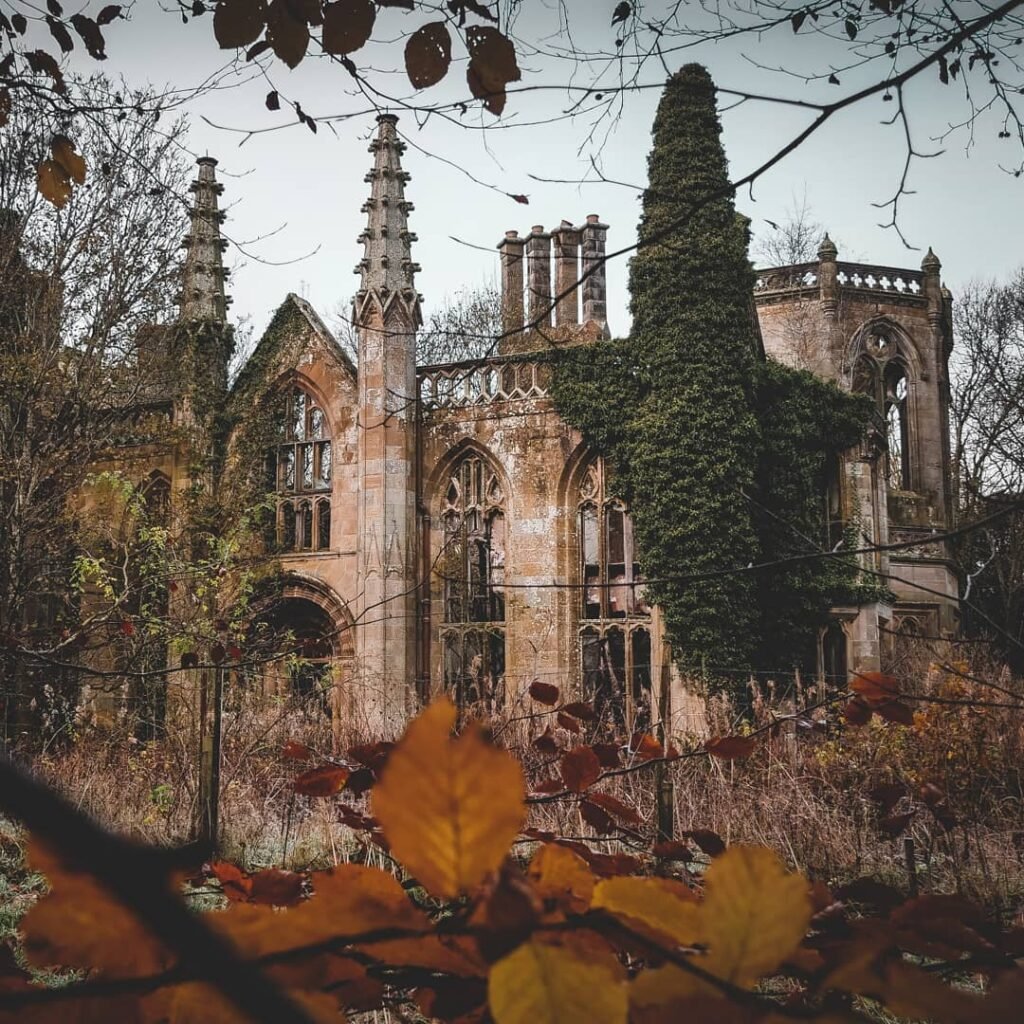 Once finished, Crawford Priory housed a luxurious interior, decked out in a style befitting a medieval palace. Suits of armour lined the walls, banners hung from the ceiling and bright colours from stained glass flooded the halls. While this grand Fife mansion was large enough to house an enormous family, Mary flaunted convention and refused to marry.

She was well liked by the locals but treated almost as a curiosity. They knew that while the respectable Lady Mary Crawford was kind to all those who met her, she much preferred the company of animals to people. Instead of filling Crawford Priory with a family, like society expected her to, she used her time and money to care for a large menagerie of unusual pets.

Mary looked after any animal that came her way, from the typical dogs and cats to more irregular foxes and deer. There is still a carved tombstone set against one of Crawford Priory’s walls dedicated to her favourite roe deer. When Mary passed away in 1833, she ensured that both her servants and all her animals would be properly looked after according to her will.

Crawford Priory then passed through the Earls of Glasgow to the Barons of Cochrane, but the doors were sadly closed in 1968. In just over 50 years, this magnificent gothic masterpiece has sadly fallen into complete ruin and is now dangerously unsafe to venture inside.

Some believe that even with the mansion crumbling away, Mary continues to care for her animals. Almost 200 years after she died, her spirit has been seen quietly wandering the surrounding woodland. Just as they did in life, Mary’s ever obedient menagerie follows her ghostly figure around the grounds of Crawford Priory. 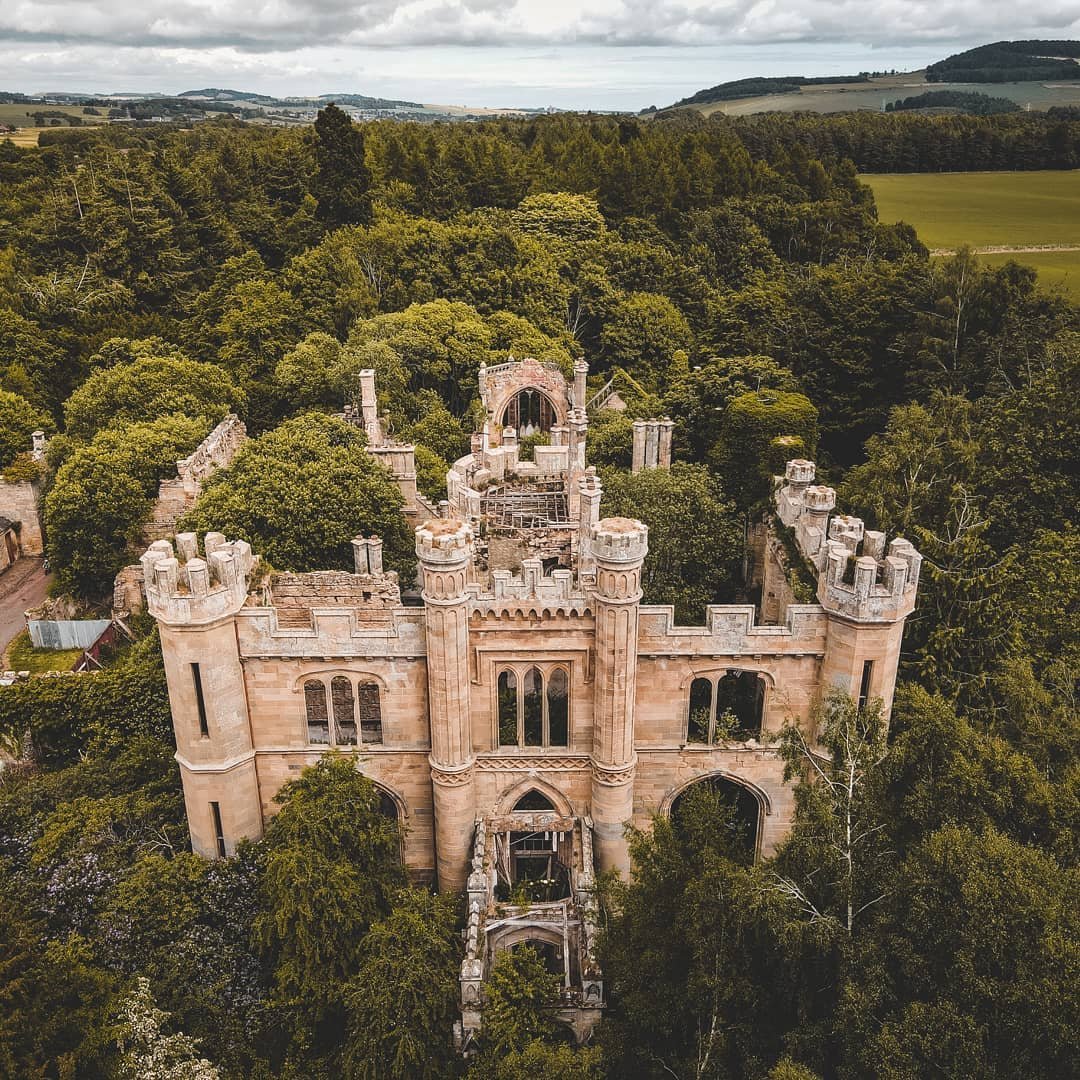