The Scottish Borders is a peaceful place with picturesque scenery. It’s perfect for a relaxing weekend break. If you’re a bit of a history buff you’ll also find plenty to keep you interested. In this article we’ll answer some of the most commonly asked questions about visiting the region. 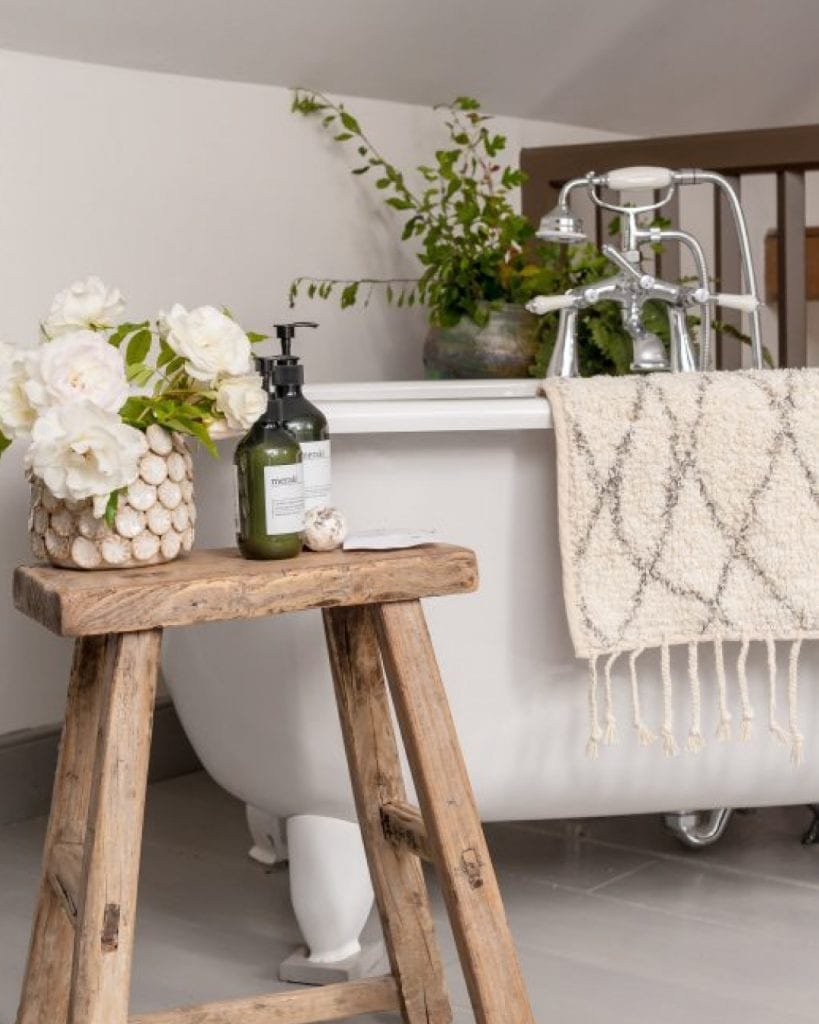 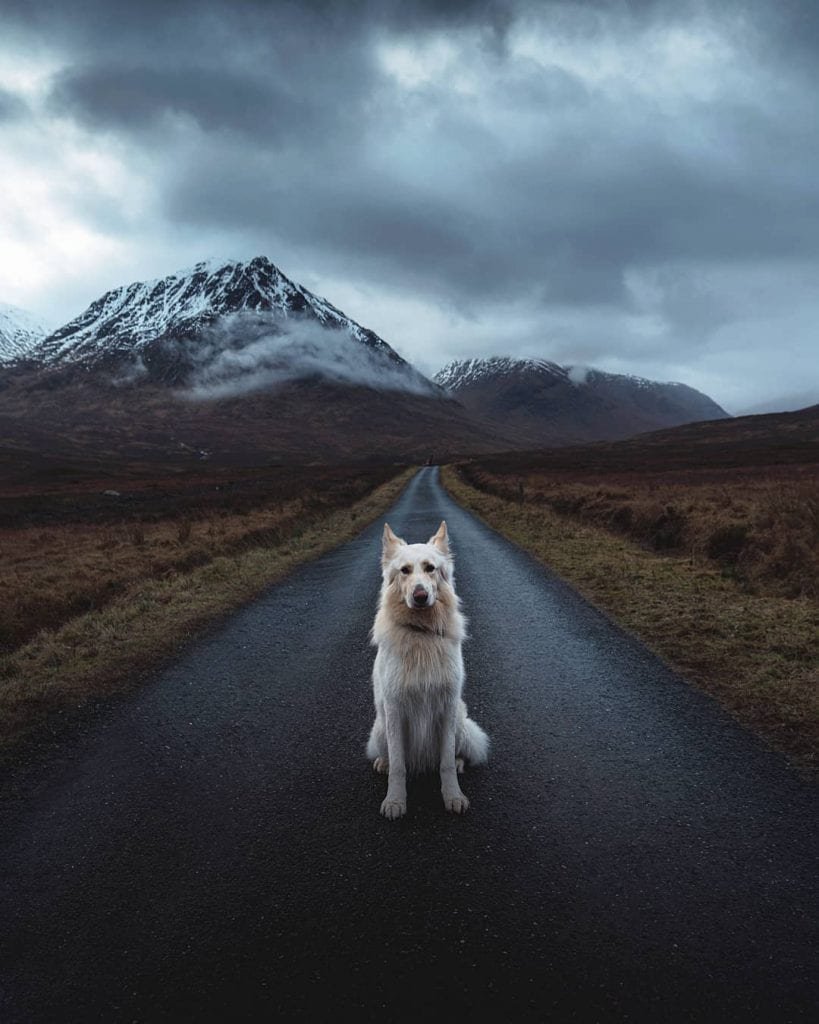 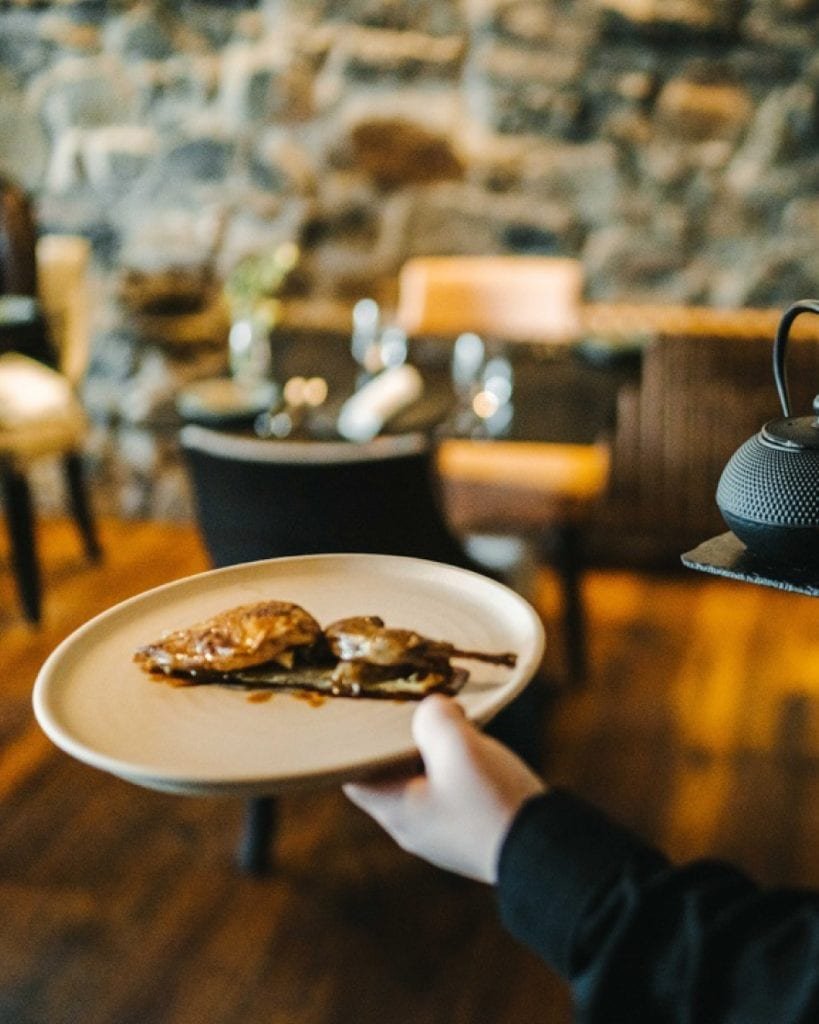 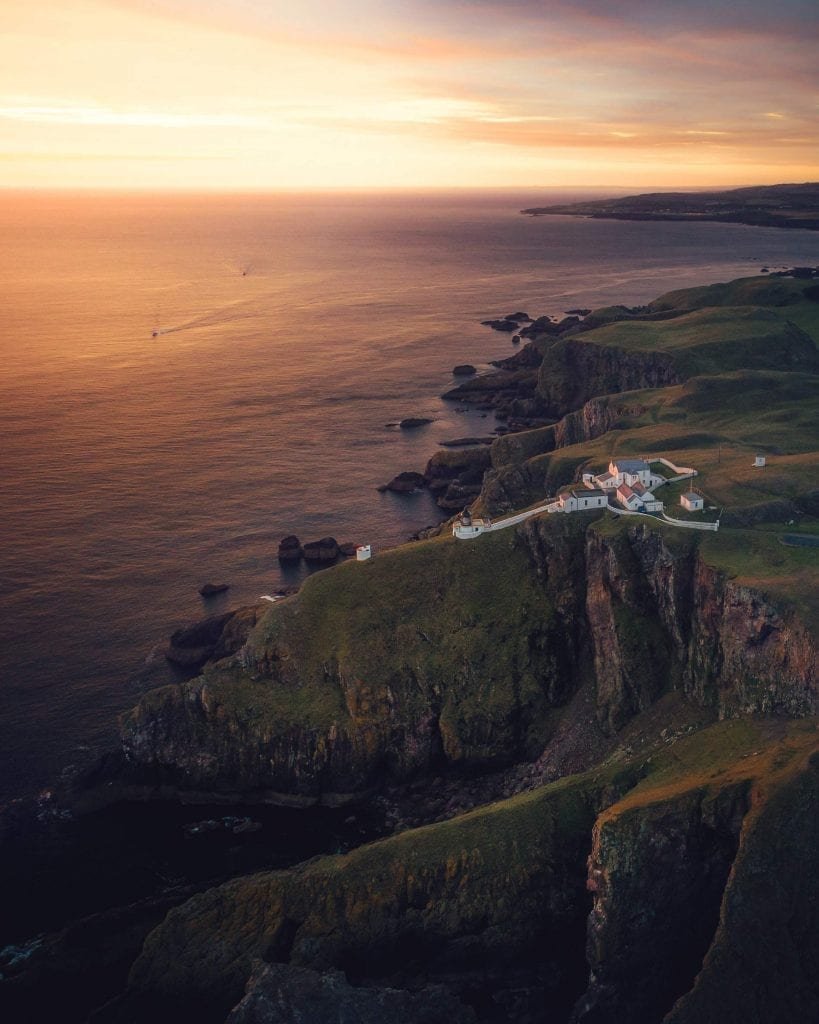 After spending the day looking at historical sites, why not spend the night in one too. There are a number of castles with accommodation, such as Dalhousie Castle and Barony Castle hotel. This is a perfect way of making your stay in the Borders that bit more special. You can find self-catering cottages in all of the main towns and at all price points. Some of the best are located just outside of towns, allowing you to base yourself amongst the wonderful greenery of the region. Dod Mill is a fantastic self-catering option if you fancy a more rustic outdoors atmosphere. You’ll also find B&Bs and hotels throughout the region, for all budgets.

Where to Stay in The Borders: Accommodation by Region

The Borders is full of quaint towns full of character. The most populous (in order) are Hawick, Galashiels, Peebles, Kelso, and Selkirk. Melrose, Kelso and Jedburgh are famous for their magnificent abbeys. Try to find accommodation near the attractions you’re interested in seeing.

Berwickshire is the part of the Borders area closest to the coast and encompasses lots of pretty little coastal towns and villages. Its main towns are Duns, Eyemouth and Coldstream. Enjoy scenic coastal walks, pretty harbours, cycling, horse-riding and surfing. Learn about its history and culture and enjoy a warm welcome from its people. Visit the rugged area around St Abb’s Head to see its seabird colonies.

Where to Stay in Berwickshire 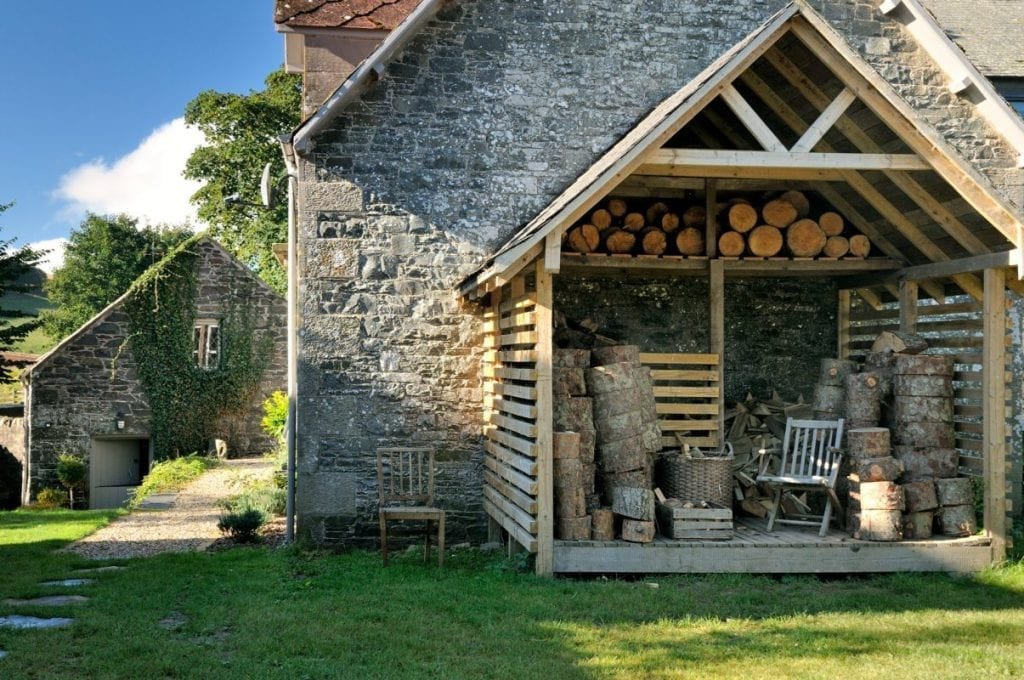 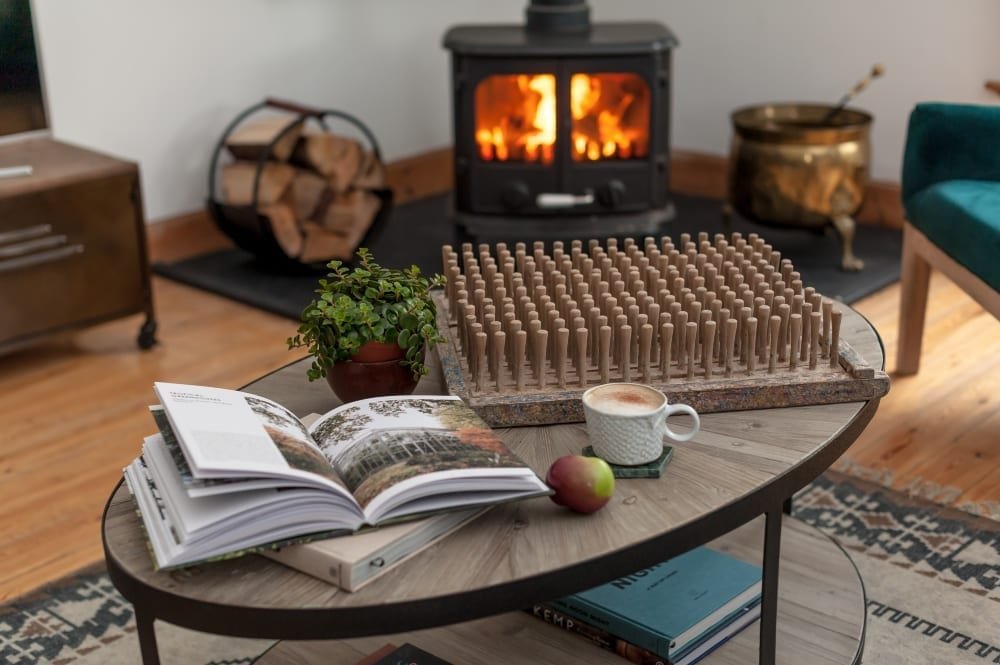 The bothy is a bunkhouse-style cottage. It’s a cool and cosy barn conversion, once home to dod mill’s animals and machinery. This is the place to be if you’re looking for somewhere simple yet stylish to chill out as a two-some, family, or small group

Duns has a population of around 2,750 and is one of the main towns of Berwickshire. Places of interest in Duns include Manderston House, Jim Clark Motorsport Museum and Duns Castle Nature Reserve. If you are looking for fun try Hurly Burly for the kids or Whiteadder Watersports Centre.

Eyemouth has a population of around 3,420 and has been a fishing town since the 13th century. Its history can be discovered by a visit to the local museum. Enjoy sitting by the harbour watching the seals or the fishermen unloading their catch. Keen walkers will pass Eyemouth as they walk the Berwickshire Coastal Path. Learn about the towns smuggling past at Gunsgreen House. Enjoy a sunny afternoon at Eyemouth beach.

Galashiels is one of the stops on the Borders Railway Line to Edinburgh. Its attractions include the Old Gala House Museum and Bank Street Gardens.

Hawick has long been famous for its knitwear so if you are on the lookout for a good quality cashmere jumper be sure to go on a shopping trip to Hawick. Learn all about its history with the textile industry at the Borders Textile Towerhouse. Other places of interest are the Borders Distillery, the Scott Gallery and Hawick Museum. Outdoor activities include cycling, horse-riding and golf.

Jedburgh is a Royal and Ancient Burgh and known as the historic gateway to Scotland. It’s a pretty market town, only 10 miles from the English border and has plenty of cafes, restaurants and shops. Find out about its history at Jedburgh Abbey, Mary Queen of Scott’s House and Castle Jail. Activities include cycling, horse-riding and golf.

Kelso is a market town with the largest Market Square in Scotland surrounded by all kinds of shops including speciality shops, boutiques, gift shops, butchers and ice cream parlour. For history visit Floors Castle, Kelso Abbey, Mellerstain House & Gardens or Smailholm Tower. For outdoor experiences there are public parks, walks and cycle routes and Kelso Racecourse makes a great day out.

The ancient town of Melrose lies between the River Tweed and the three peaks of the Eildon Hills. Discover the history of Melrose through the years by visiting the remains of an Iron Age fort on the top of the Eildons, the Rhymer’s Stone, Trimontium Museum, a Roman fort and amphitheatre at Newstead, Melrose Abbey or Commendator’s House Museum. Find out what life was like here for Sir Walter Scott by visiting his home at Abbotsford. Enjoy the beautiful Harmony Gardens and Priorwood Garden in the town. Visit in the second week in April to see rugby’s famous Melrose Sevens tournament.

This is the place to be if you are looking for a pretty quiet village to base yourself whilst enjoying miles of cycle and mountain bike tracks, walking, fishing, horse-riding or golfing. The village was founded in 1793 and its history and the history of the surrounding land can be discovered by visiting Liddesdale Heritage Centre and Heritage Castle.

The area known as Peebleshire has been occupied since the early Iron Age so don’t be surprised to find standing stones, Roman camps, fortified towers and castles here. This is the area best associated with the legend of Merlin and you can understand why. Its scenery has inspired such writers as Sir Walter Scott and James Hogg. The main towns of Peebleshire are Broughton, Innerleithen, Peebles, Traquair, Tweedsmuir and West Linton.

Roxburghshire is bordered in the south by Cumberland and Northumberland in England. Its main towns are Melrose, Kelso, Jedburgh and Hawick. This region is famous for its abbeys with Melrose Abbey, Kelso Abbey, Jedburgh Abbey and Dryburgh Abbey each making a great day out.

Selkirk is famous for its textile production and although this declined over the years it is still the place to buy textiles so try a visit to Lochcarron of Scotland or Andrew Elliot Ltd if you are on the lookout for something different. Shoemaking has also been important historically in the town, so much so that the locals are often referred to as Souters. Be sure to make a visit to the local baker and buy a Selkirk Bannock. If you are visiting in September check out The Scottish Borders Walking Festival. Bowhill House and Gardens offers lots of woodland trails, a playground and a Georgian house and makes a great day out. As with a lot of Borders towns walking, cycling, fishing, horse-riding and golf can all be found here.

The main towns of Selkirkshire are Galashiels and Selkirk. People have lived in this area since the Neolithic period. Sir Walter Scott was sheriff of Selkirkshire. This area has been fought over through the years and although for a short period was part of England is now all within Scotland. 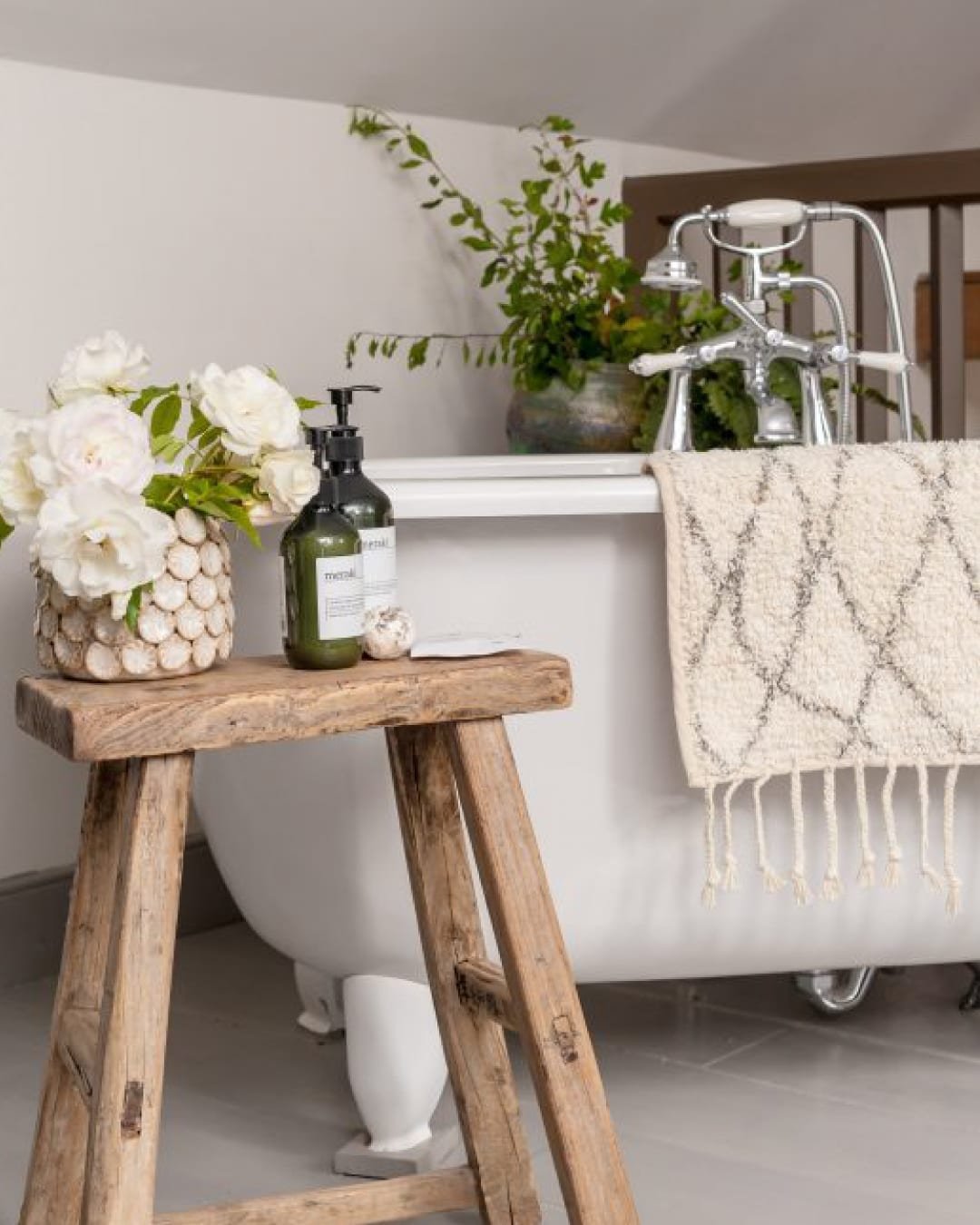