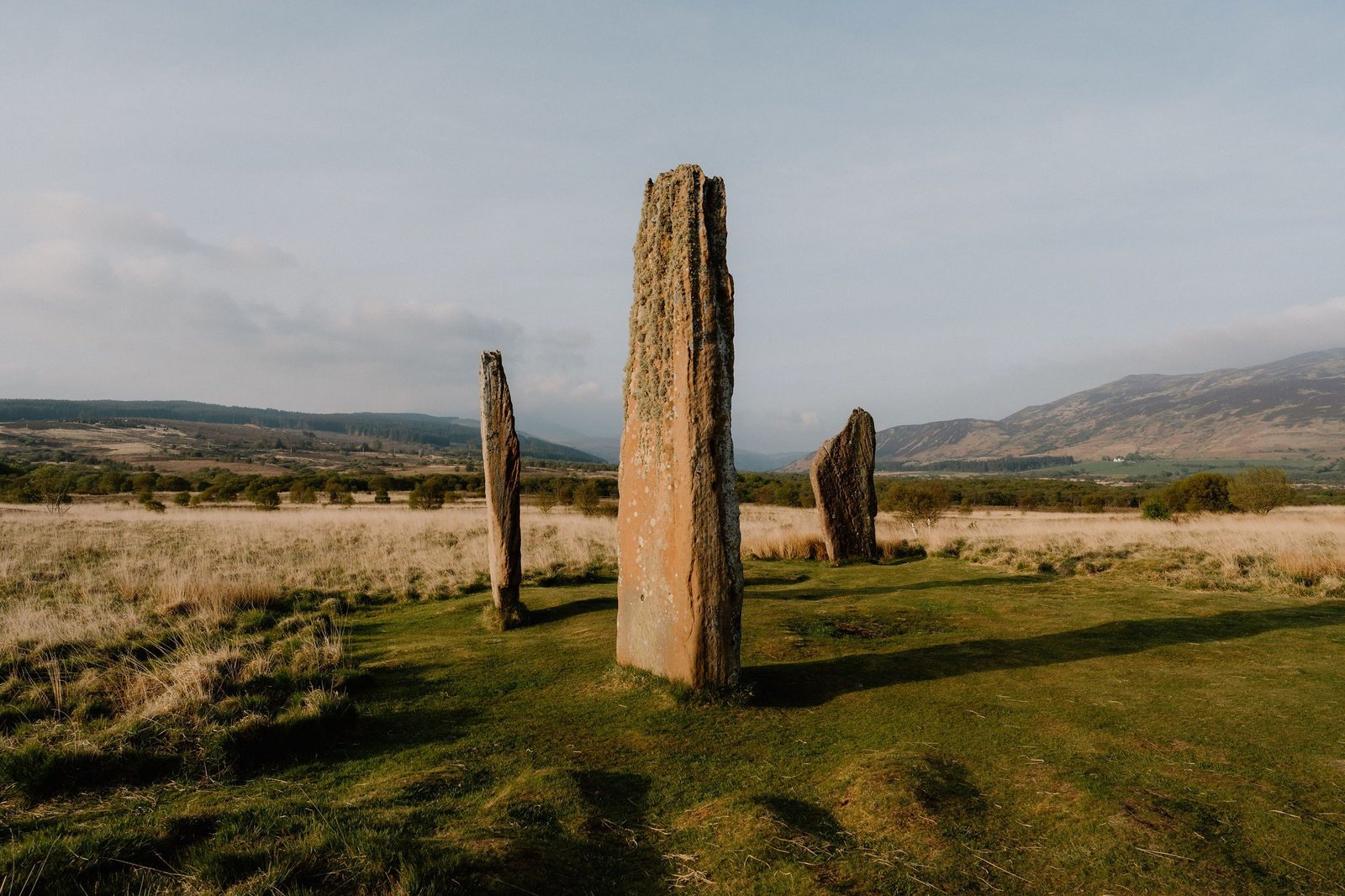 Ayrshire is a land where wide green pastures dolloped with outcrops of oak and birch unfold and unfurl, eventually tumbling onto stretches of volcanic rock and sandy beach that go on and on. Many of the beaches are hugged by coastal outposts that enchant with lively harbours and centuries-old street plans. Inland, red sandstone mining cottages with bay windows are lined up like dominoes throughout villages.

Robert Burns was born in a modest cottage here, and he’s not the only ultra-famous name from this unassuming region. Ayrshire is the birthplace of thinkers, poets, scientists and warriors – names like Robert the Bruce, Sir Alexander Fleming and Henry Faulds, the scientist who discovered fingerprints. An engaging network of castles and birthplaces and museums is testament to this startling sort of regional lineage.

Geographically, Ayrshire is spread between Lanarkshire and Dumfries and Galloway, with the River Clyde marking its northern border. To the west, it plunges into the twinkling Firth of Clyde. You wouldn’t think you were only 40 minutes from Glasgow. The views from this stretch of mainland are devastating. The ghostly outlines of island upon island rise from the water, a sort of mirage. Bute to the north, its gentle folds blended to near invisibility above Cumbrae, soft beside it. The apparition-like granite hump of Ailsa Craig rises to the south, and suspended in between, the iconic outline of the Isle of Arran. Portencross Castle near Ardrossan has undoubtedly the best views.

Arran’s hulks of mountains are always a surprise. It’s as if the Highlands have been packaged up into this little landmass just 20 by nine miles and left as a present for the sea gods. The mountains dominate the north end of the island. To the south, thanks to Arran’s position across the Highland Boundary Fault, the landscape is gentler, like the pastures of Dumfries and Galloway. That’s why the island is dubbed ‘Scotland in miniature’ – though in reality there’s nothing miniature about it. As you sail into Brodick from Ardrossan, Goat Fell rises to 2,868 feet above the sandy horseshoe bay, the wild glens of Rosa and Sannox feeding it like arteries. The sight triggers a fizzing in your tummy, the feeling of leaving the rest of the world behind. This is an island of botany, birdwatching, geology, ancient history, sailing, art trails and abandoned coastal hamlets. The locals call it ‘Arranology’, and you don’t need a guide, just the willingness to explore.

What’s perhaps most special about these two very different areas is their ease of connectivity, making them engaging to explore as a holiday package. For most of history they were separate entities, and travel to and from Arran was difficult. Nowadays, the CalMac ferry crossing from Ardrossan to Brodick takes just under an hour and runs regularly – just remember to book well in advance if you plan to take a car. 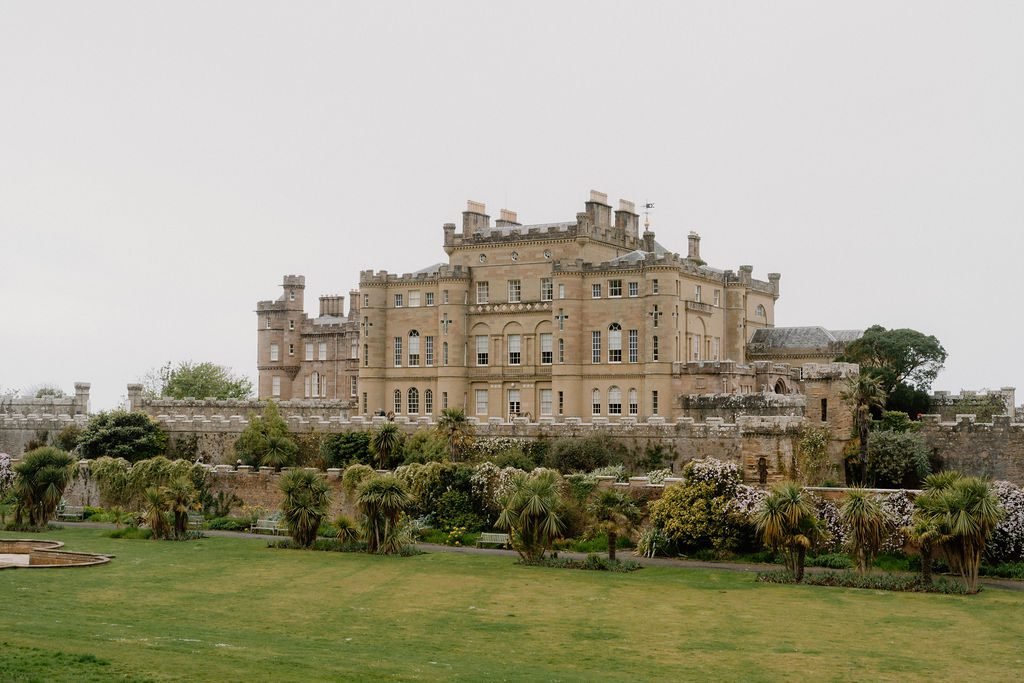 You’ll like Arran and Ayrshire if you want to get away from it all but still have plenty to feed the imagination. Ayrshire draws Robert Burns devotees as well as golfers (there are some 50 courses, including the famous Turnberry and Troon) and those seeking rural quiet. With more than 100 castles, historic ruins, towers and mansions, it’s popular with history buffs too. Other folk come for watersports – there are some lovely waters for SUP and kayaking. Arran is known for its geology, ancient history, pretty villages little changed over the centuries, and the local wildlife community of red deer, common seals, porpoises, minke whales, red squirrels and golden eagles, among others. The island is also home to Arran whitebeams, one of the most endangered tree species in the world, and it ticks all the boxes when it c0mes to the outdoors, with challenging mountain climbs, breezy coastal paths, varied mountain biking tours and seven golf courses.

The History of Ayrshire & Arran 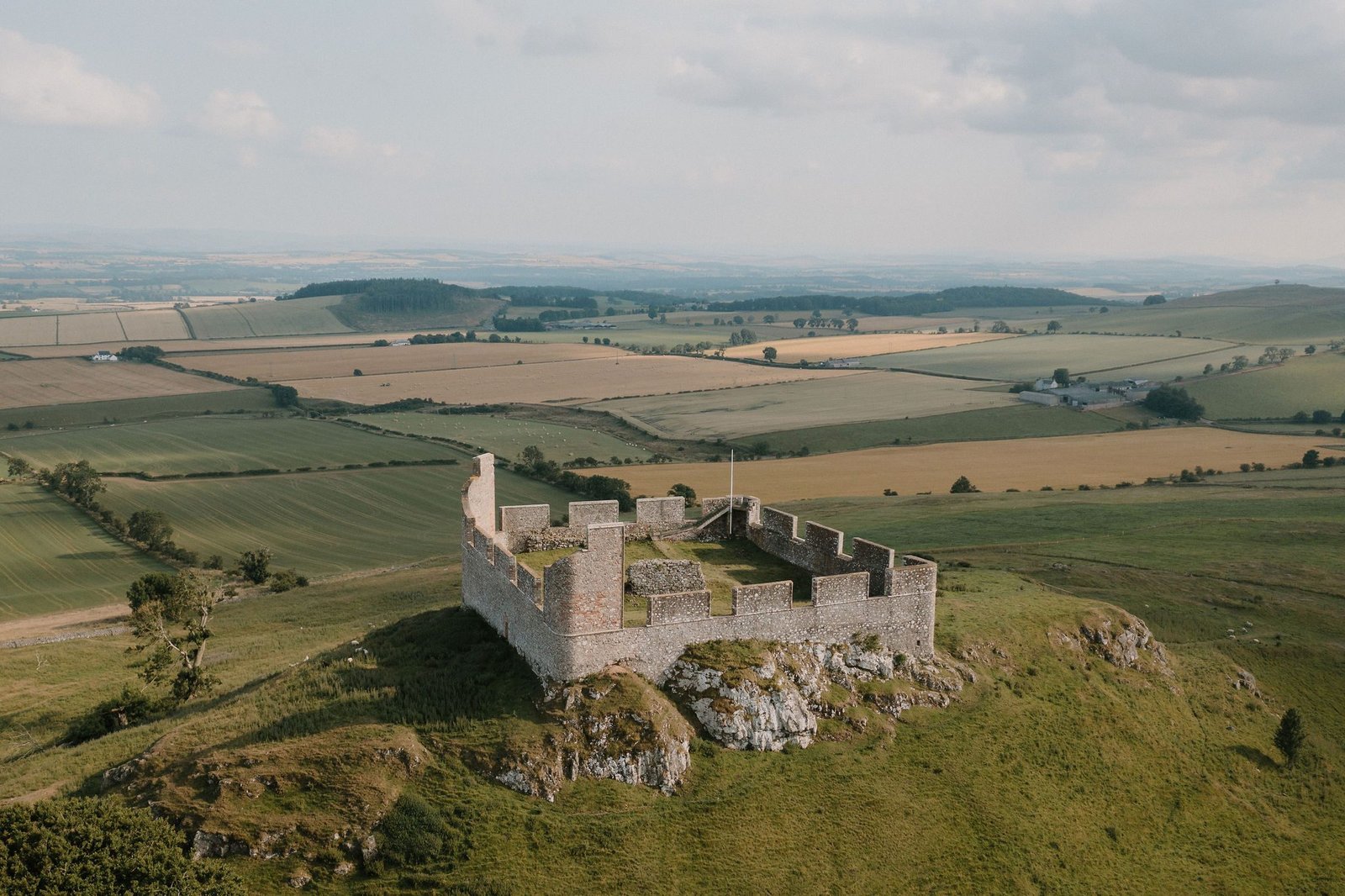 Ayrshire and Arran’s archaeological story begins in the Neolithic period – when people began to settle in one place after the earlier Mesolithic period of nomadic hunter-gatherers – and is told in the landscape. For example, evidence of Scotland’s first farmhouse, dating from over 6,000 years ago, was found near Kilmarnock, and Arran is strewn with Bronze Age chambered cairns and standing stones. Something else you’ll note are Norse-sounding names. Brodick, for example, is from the Old Norse for Broad Bay. This is because from the 9th to the 13th century, much of the Western Isles was under Scandinavian influence, and the Vikings dominated in the islands of the Firth of Clyde and along the Ayrshire coast until 1263, when they were defeated at the Battle of Largs. In the 11th century, Ayrshire claimed prominence in Scottish history when King Duncan of the region became the first ruler of all Scots, and in 1274, Robert the Bruce came into the world, so they say, in Turnberry Castle, the remnants of which crouch on the peninsula near Maybole beside an emerald sea. Ayrshire flourished throughout the Middle Ages and into the 16th to 19th centuries, when Ayr was a busy port, exporting wool, fish and hides, and importing wine and salt. In the 17th and 18th centuries, the wool and linen industries boomed.

Against this backdrop, in 1759, Robert Burns was born into farming stock in Alloway. Farming was and still is an important industry in Ayrshire, but from the late 1800s, the region also roared with steel factories, coal mining and shipbuilding. These days it is focusing on clean energy and numerous wind farms lend manmade sculptural beauty to the pastoral landscapes. After the 1263 battle, Arran was absorbed into Scotland after Norwegian rule. It sustained attacks during battles between England and Scotland throughout subsequent centuries, and in the 1500s was awarded by royal charter to Sir James Hamilton – his lasting legacy being Brodick Castle, the turreted sandstone structure above Brodick Bay. Arran’s tale isn’t complete without mentioning the 19th-century Clearances, when to replace the ancient runrig system with modern farming the Dukes of Hamilton paid islanders to seek a new life in Canada. An eerily poignant reminder is the abandoned smallholding Laggantuin, north of Sannox, its threadbare remains slumbering above the Sound of Bute. Its tenants would have left, alongside many others, on a boat from North Sannox bound for Megantic County in Canada. 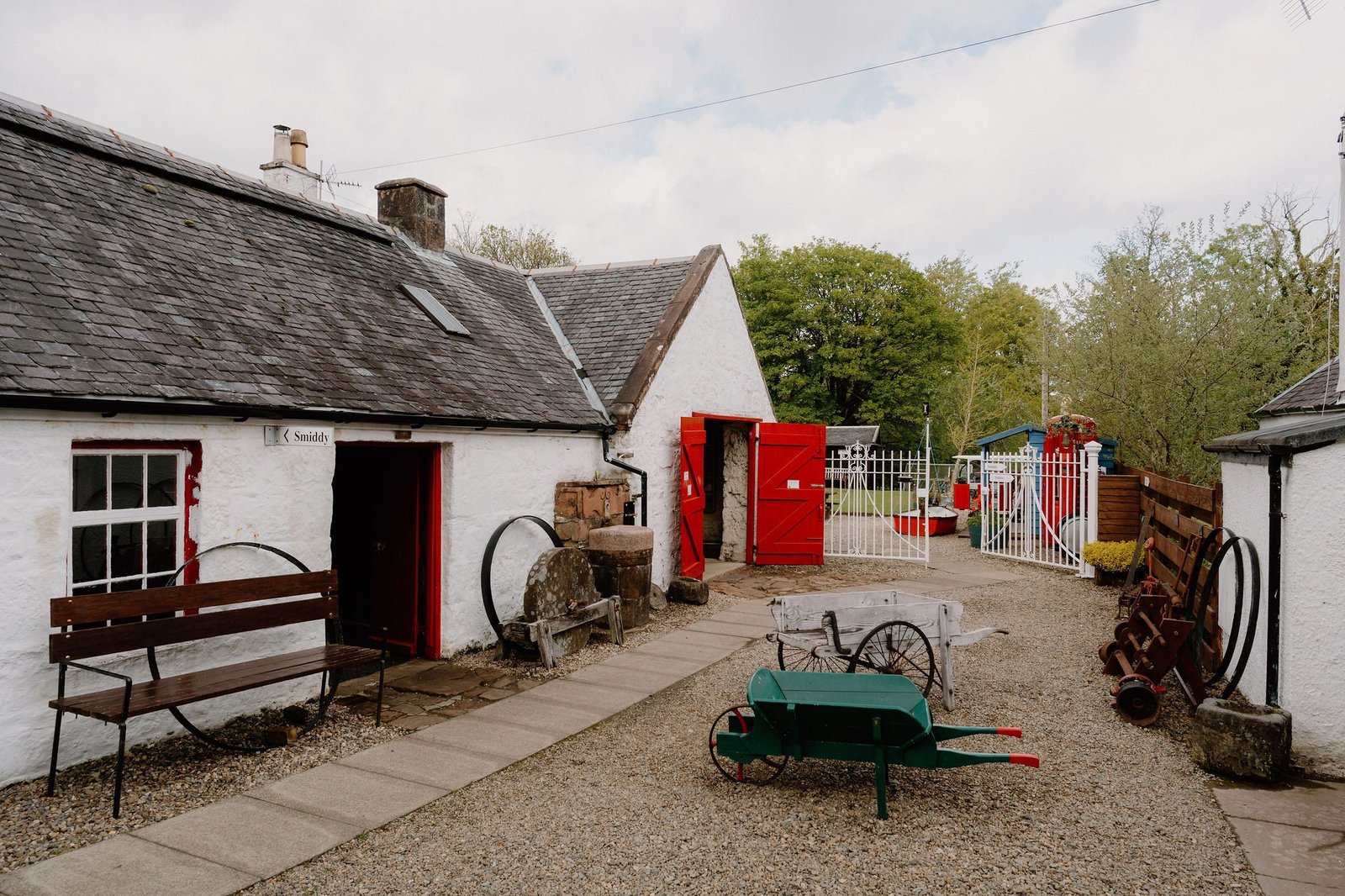 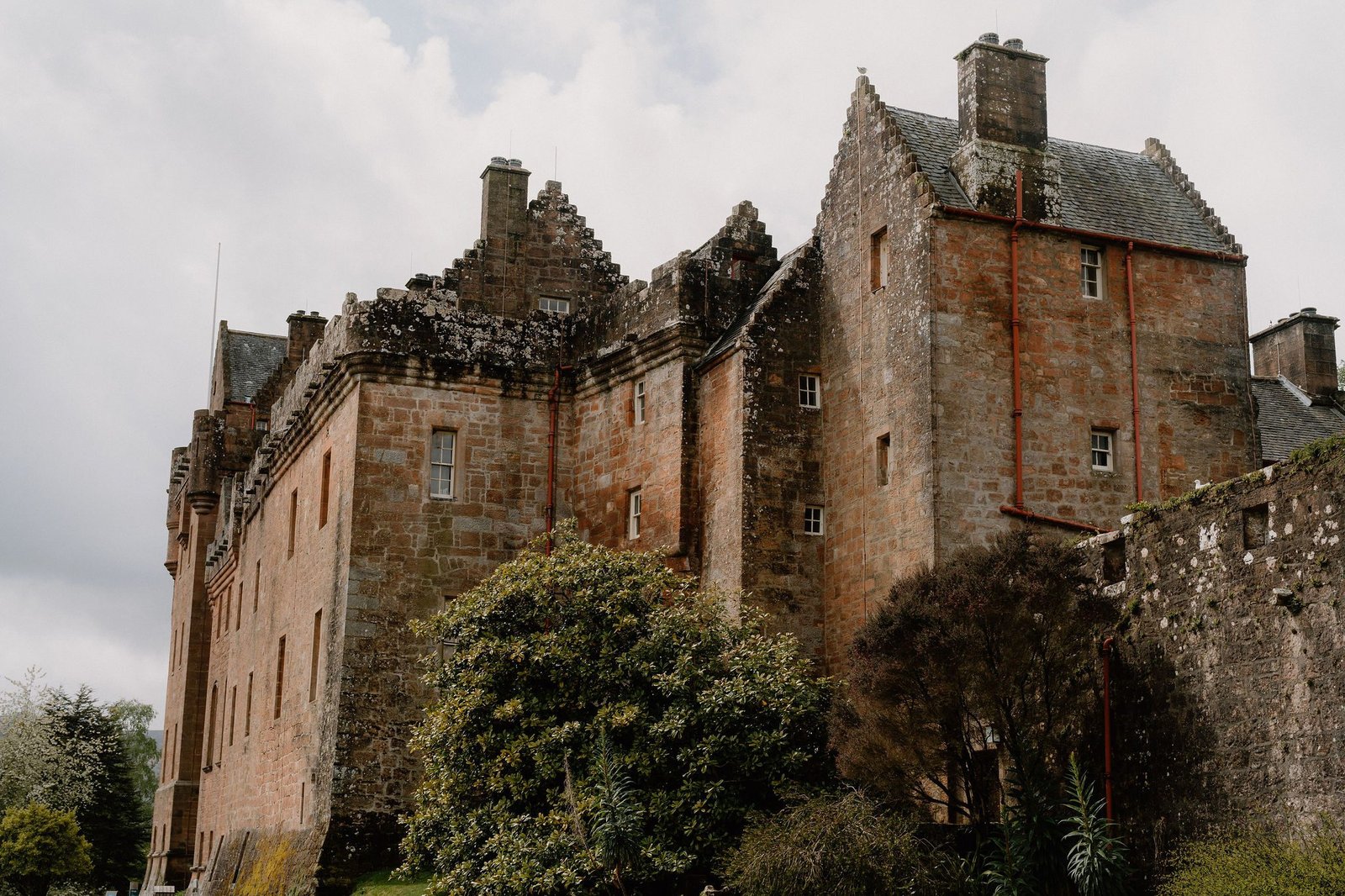 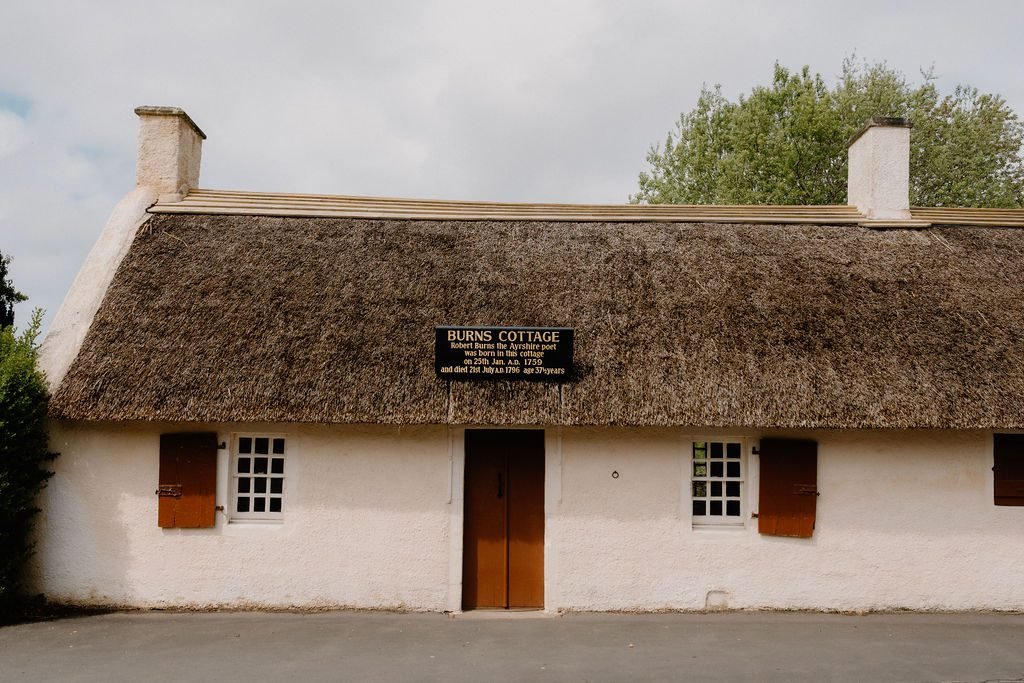 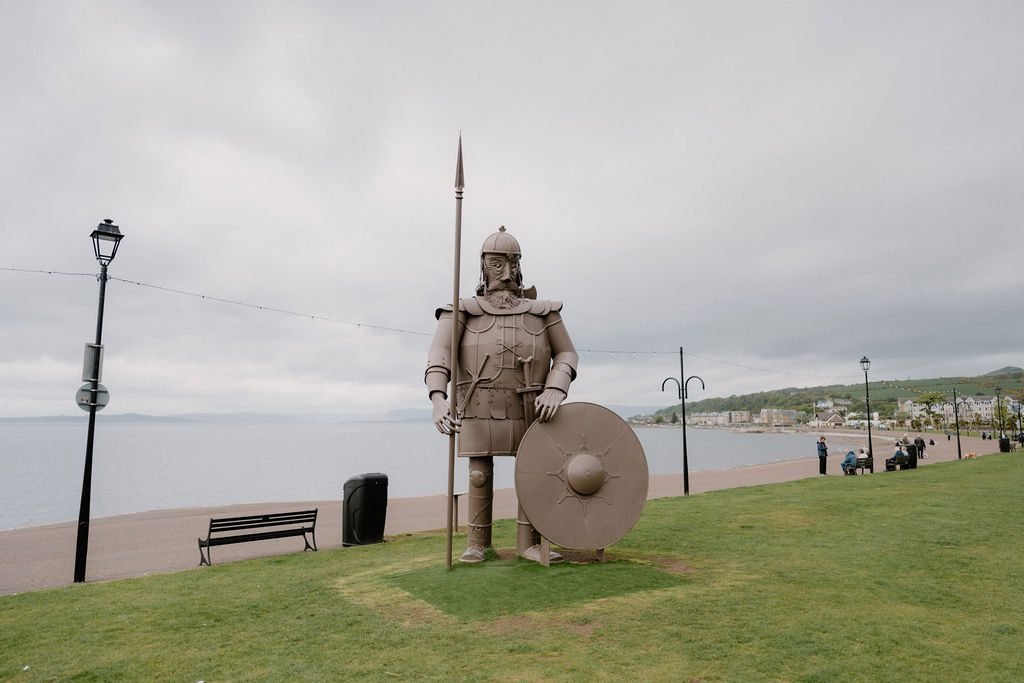 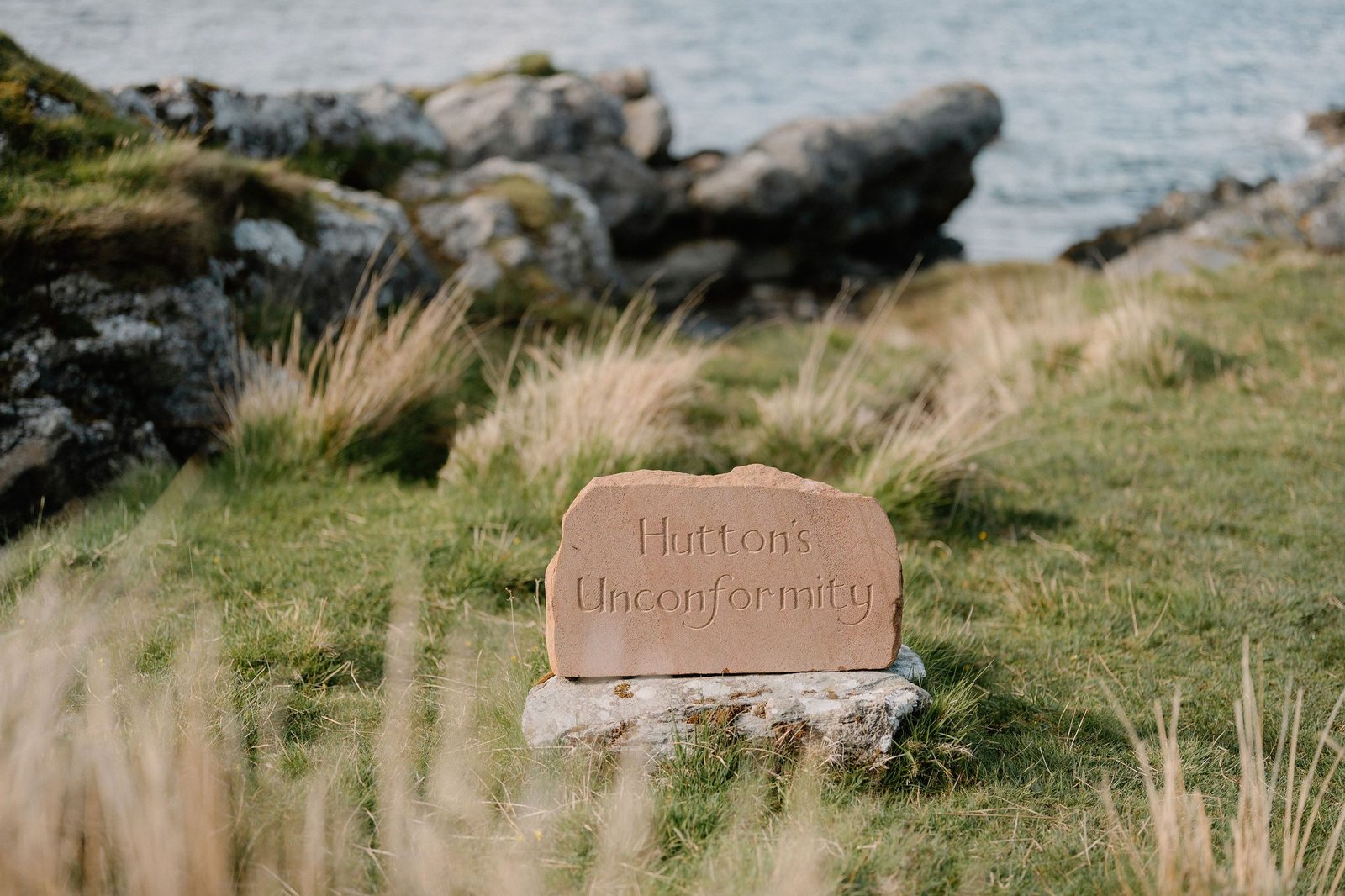 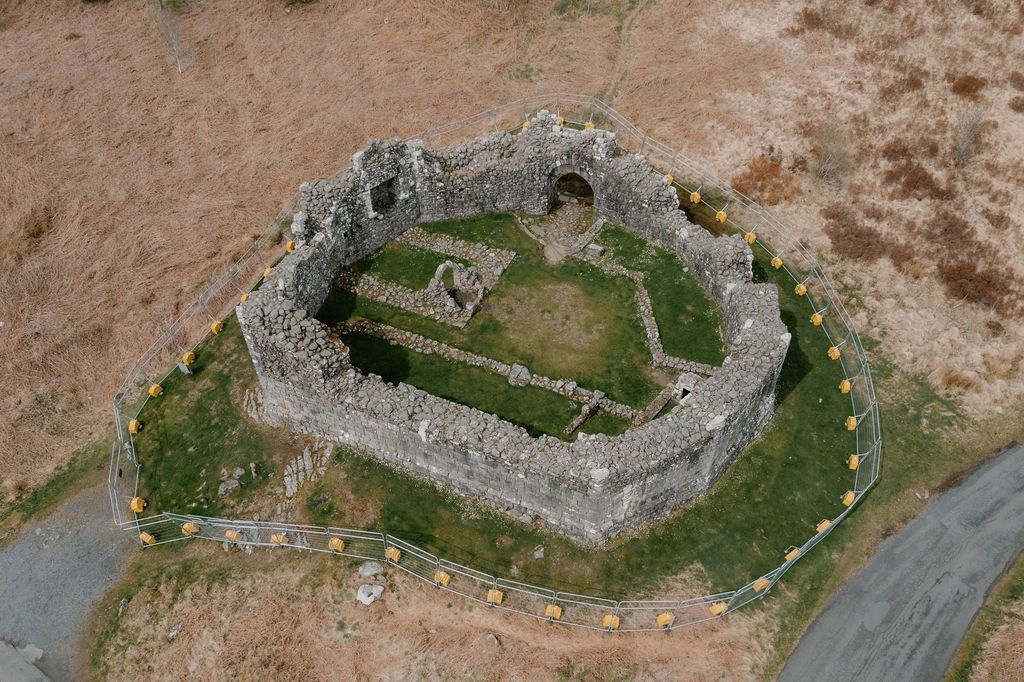 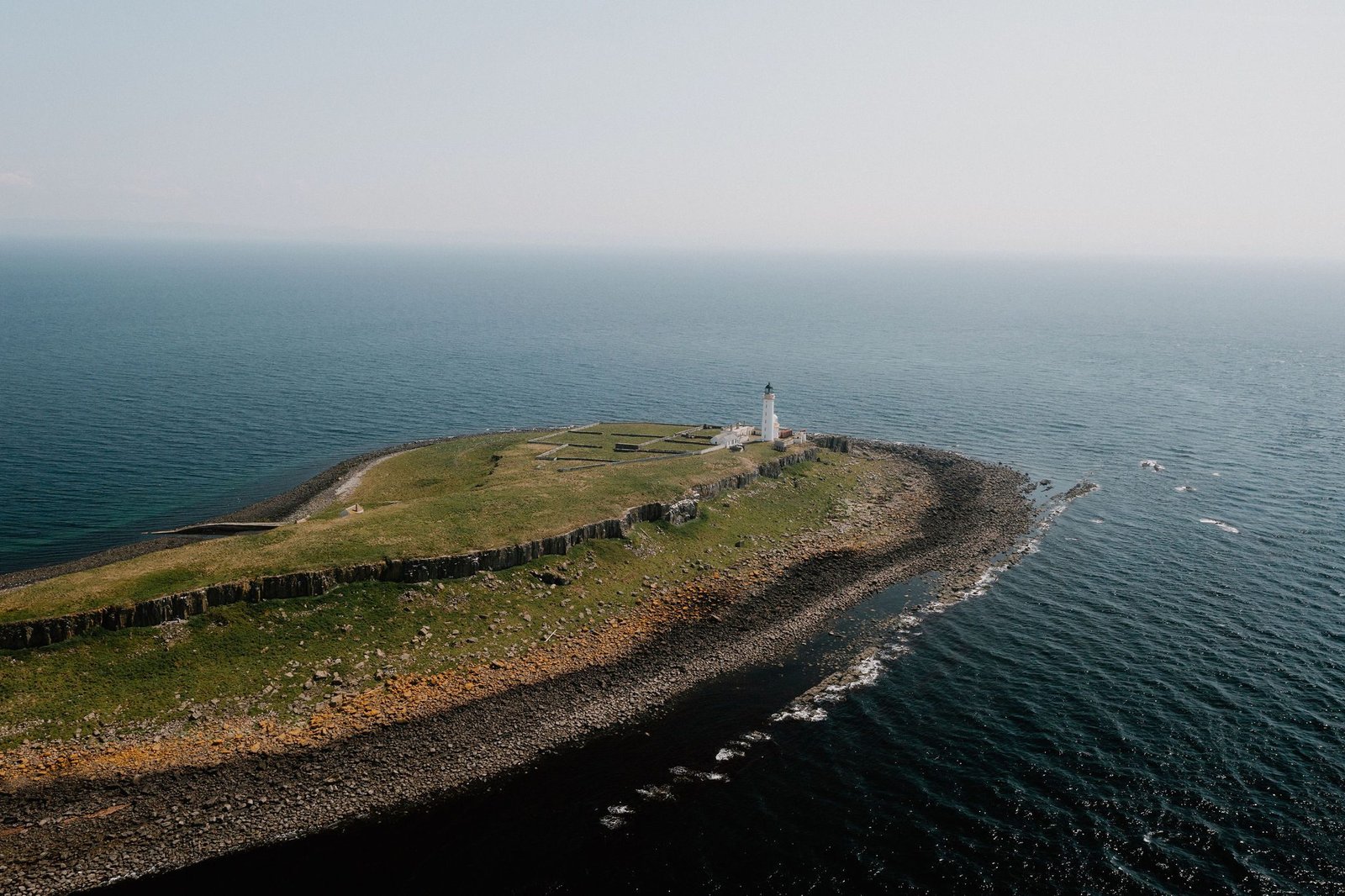 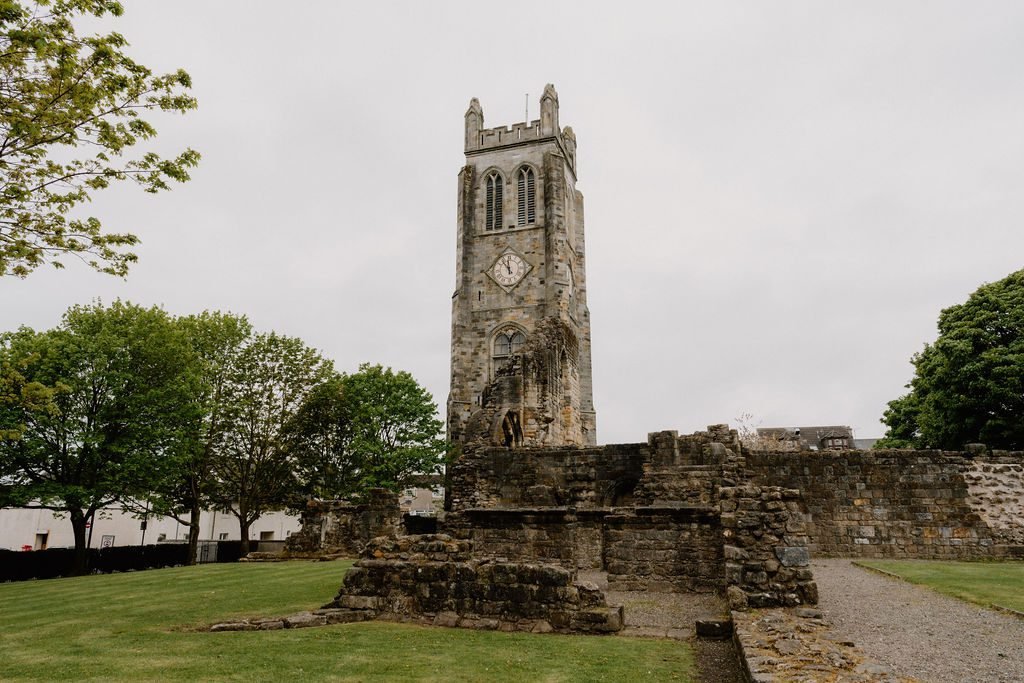 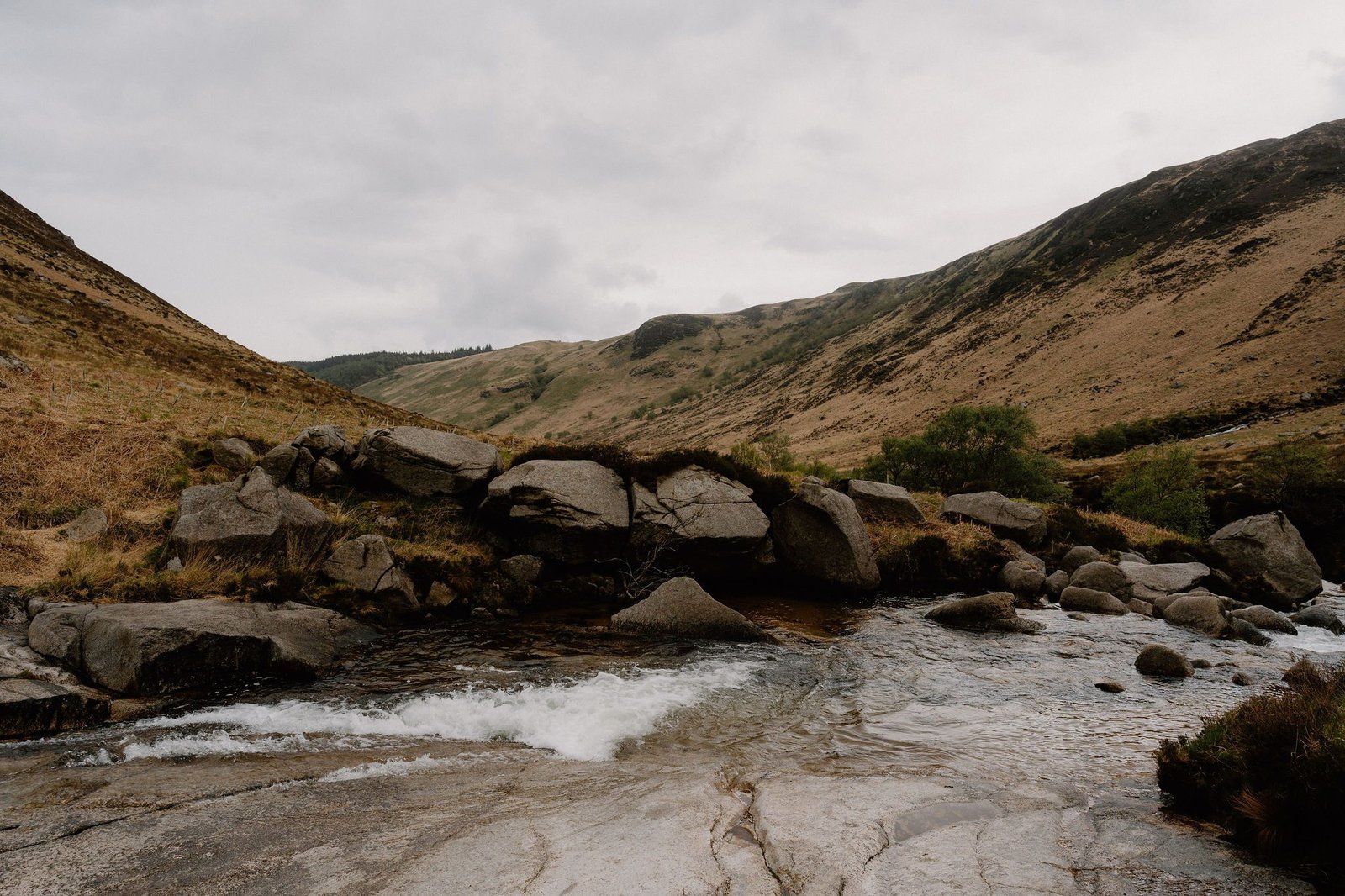 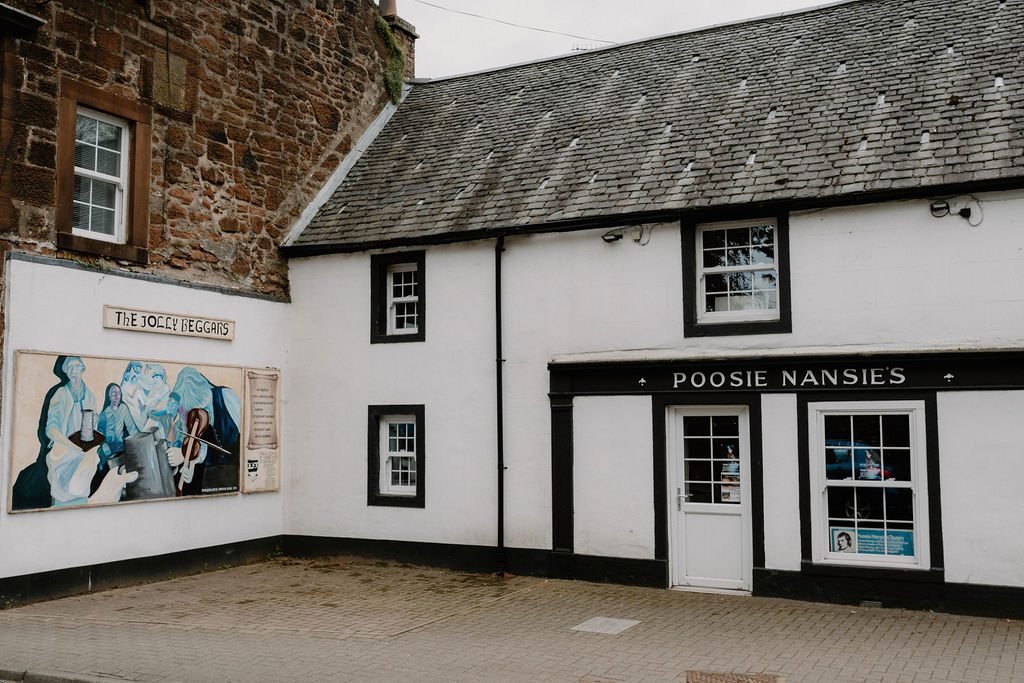 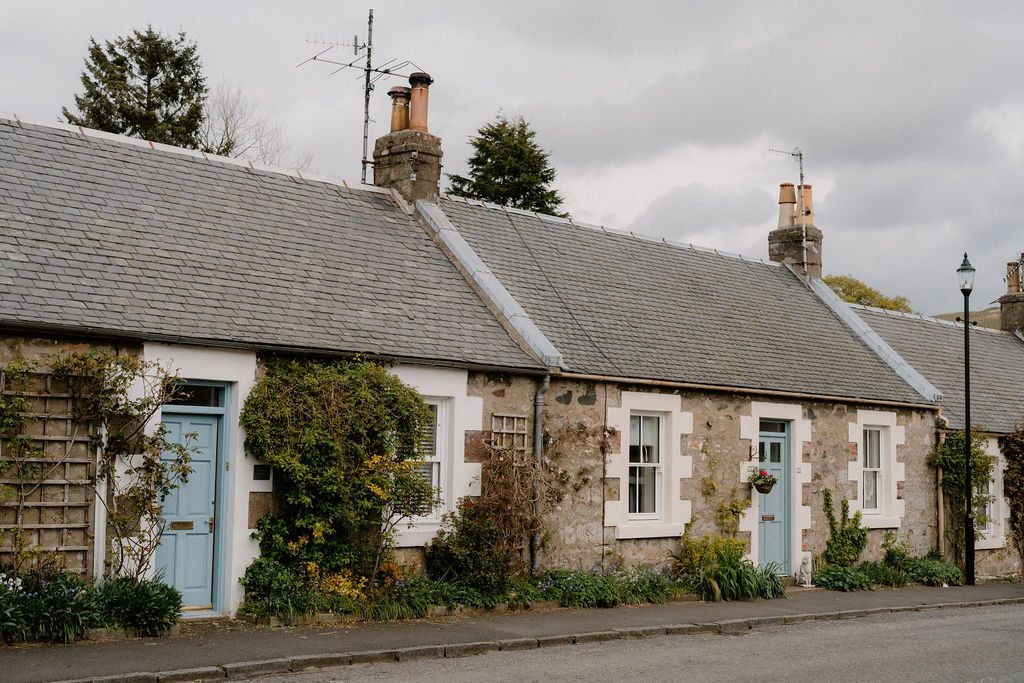 The Library in the Woods 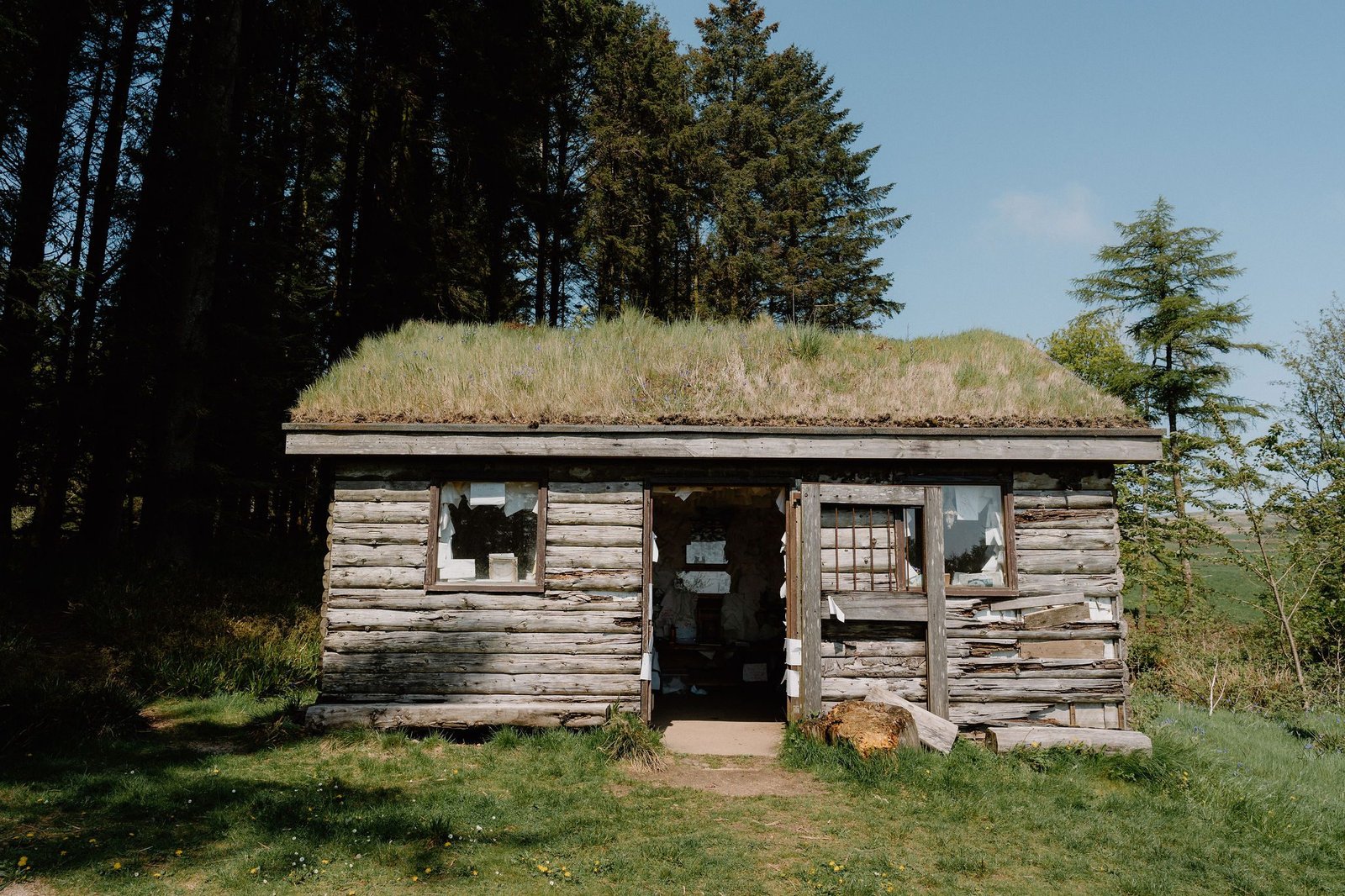 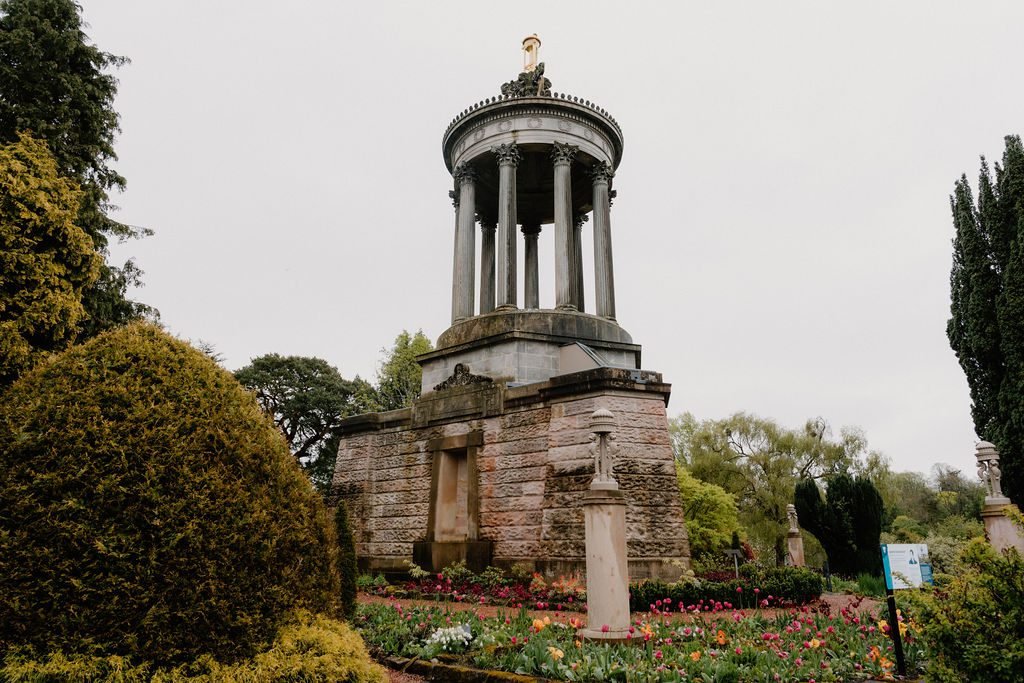 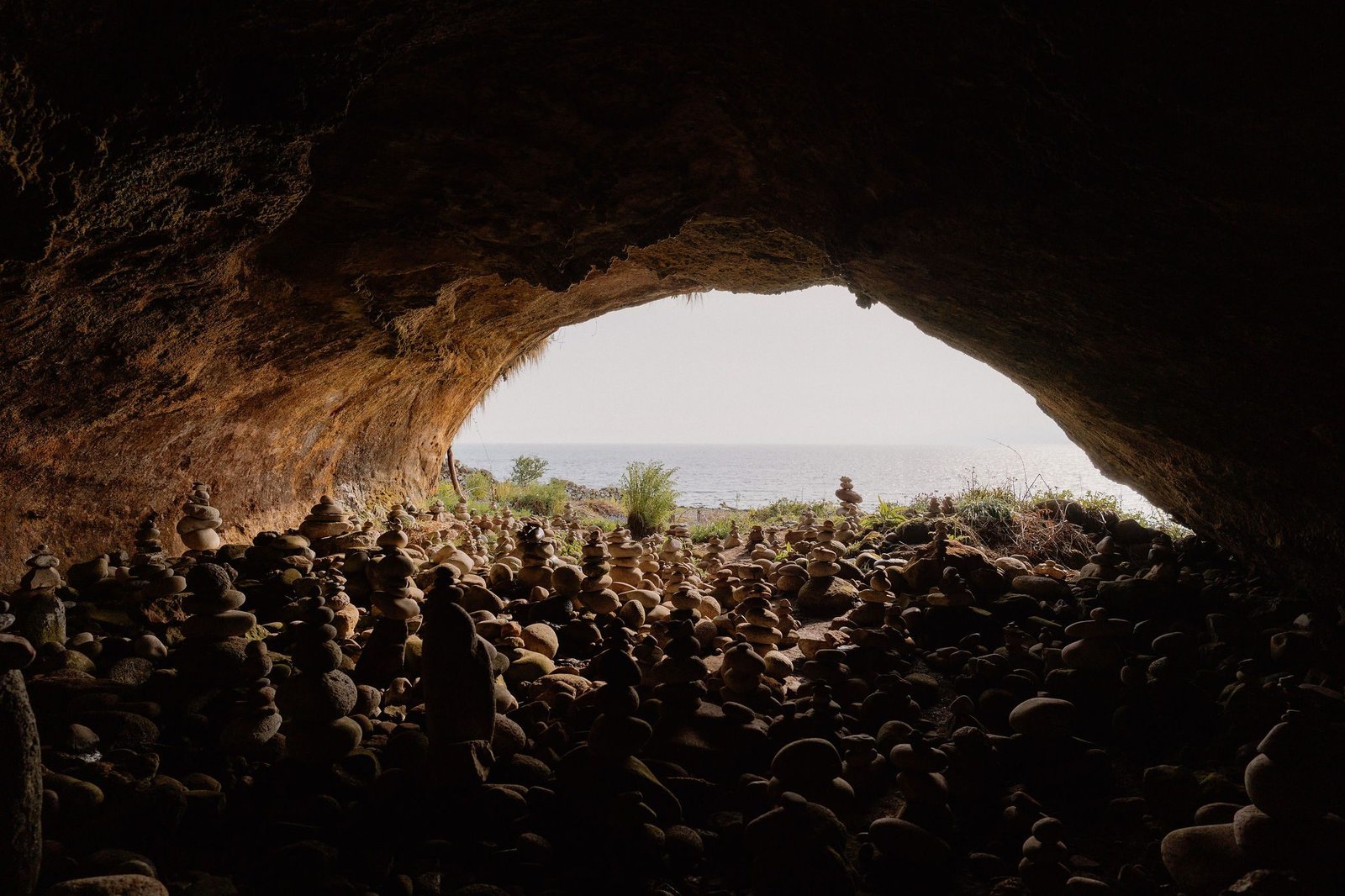 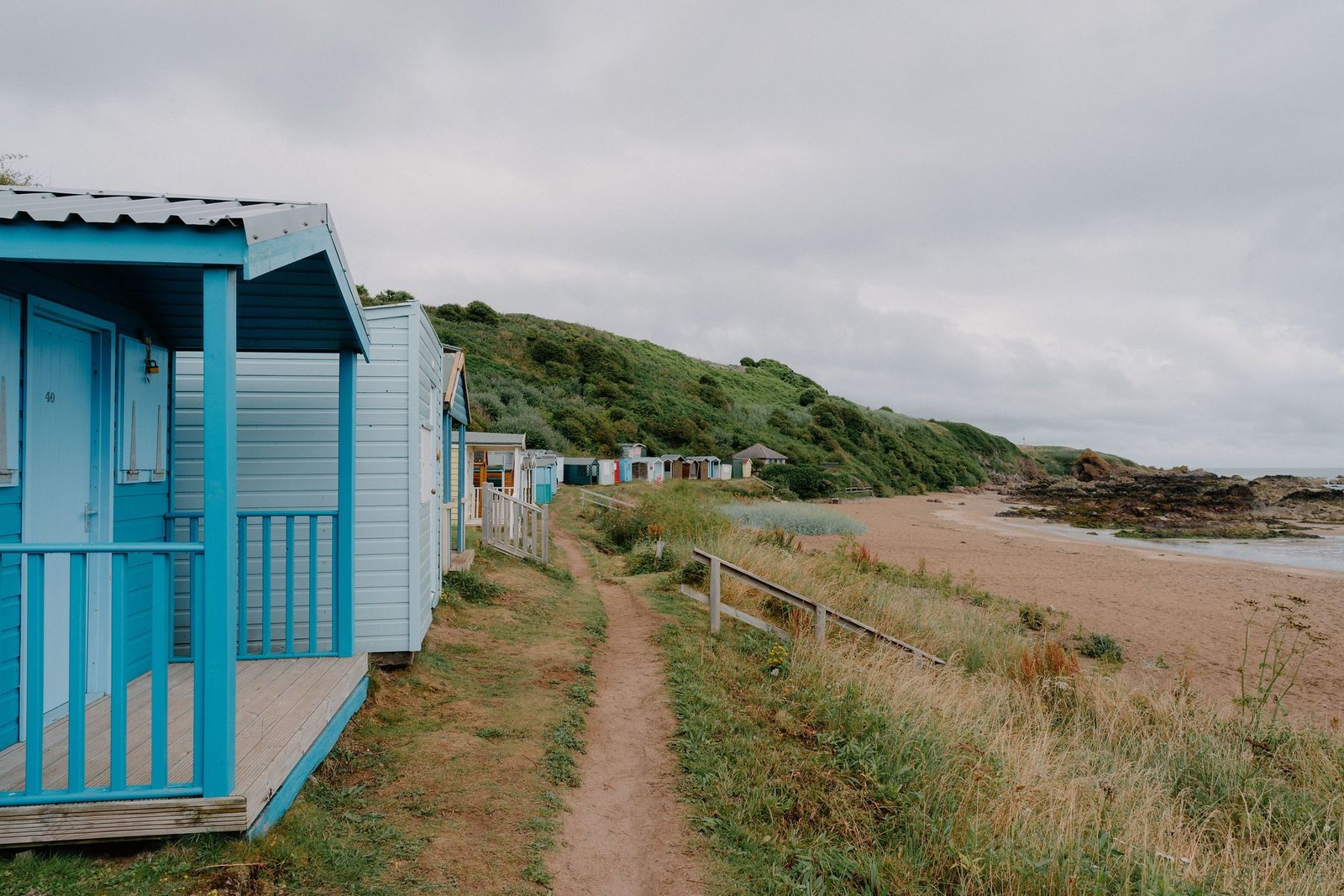