The 16th-century Alloway Auld Kirk in Ayrshire is probably the most famous small church in Scotland. Already a haunting ruin by the time the poet Robert Burns was born in the village, this church that he would have known well as a child, became the scene of his most famous story – Tam o’ Shanter. 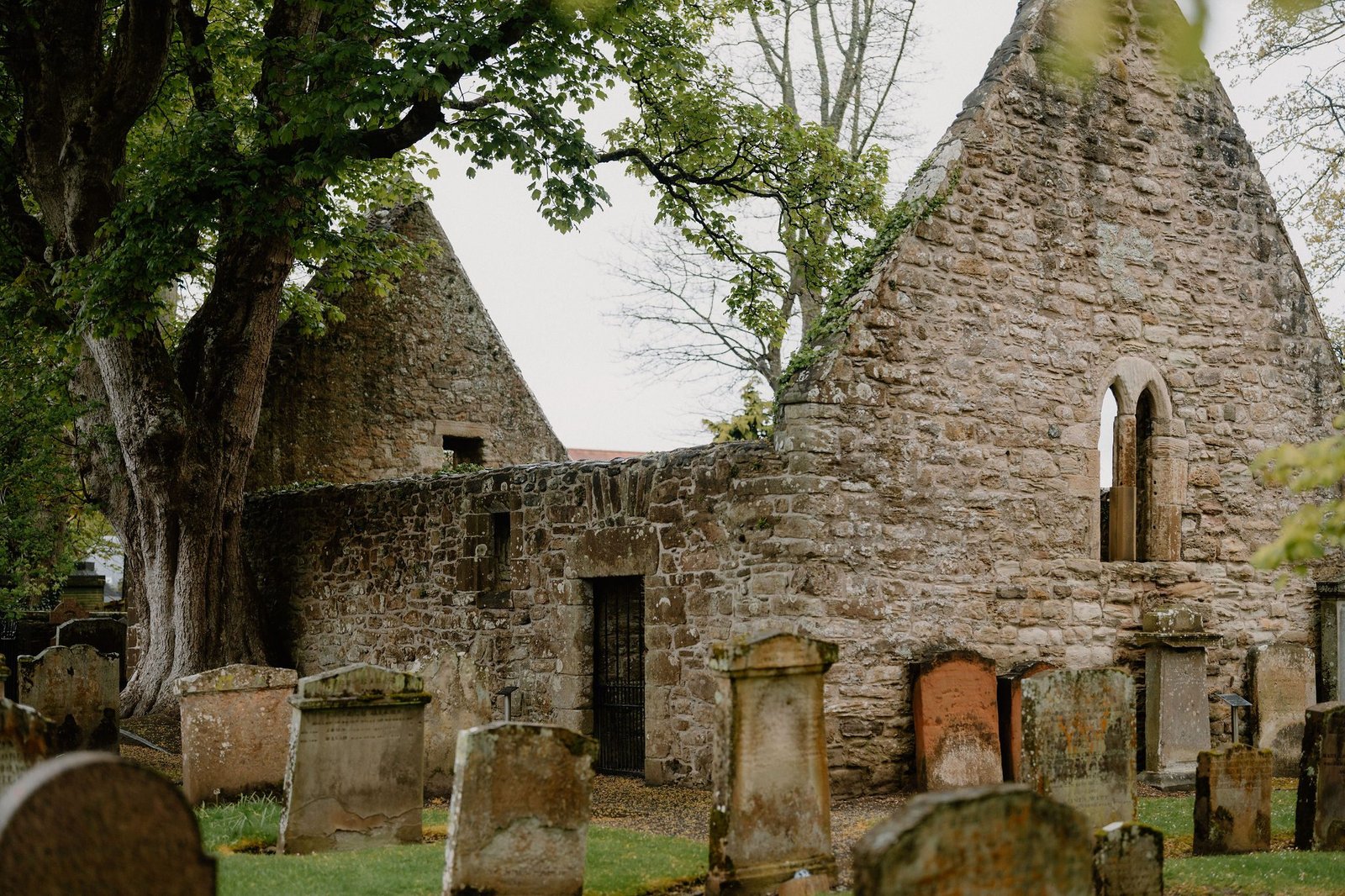 Tam was a local farmer who travelled to Ayr every market day to sell his wares. Much to his wife Kate’s despair, Tam doesn’t often head straight home once his business is done but spends much of his earnings in the pub instead. She warned him that one day it would be his undoing, either by drowning in the river or being attacked by something malicious hiding in Alloway Auld Kirk.

On one dark and stormy night, the farmer had ignored Kate’s advice once again, stumbling out of the pub and climbing onto his faithful horse Meg. He pressed on, riding through the rough weather from Ayr towards his home, keeping a keen eye out for anything untoward. Tam reached Alloway without incident, but as he passed the Auld Kirk, he was surprised to see the usually quiet shell full of life. An unnatural light spilled into the graveyard and the sound of laughter and screeching filled the night. Emboldened by his evening of drinking, Tam coaxed Meg closer where he could get a better view and a horrendous scene met his eyes.

A coven of witches and warlocks were dancing in celebration to the sound of bagpipes, played by the Devil in the form of a great, black, shaggy dog. The walls were lined with open coffins, the corpses inside holding lights in their cold, dead hands. From that unholy glow, Tam spied gruesome implements, murderer’s bones and blood-encrusted weapons spread across the altar.

As the music played louder, the dancing grew faster and in the heat of the frenzy, the witches stripped down to just their undershirts. Most of them were ancient, withered hags, but there was one witch who caught Tam’s eye. Nannie was young and beautiful, wearing a short shirt known as a cutty sark and as she spun wildly, the intoxicated farmer lost his senses. He yelled out “Well done cutty sark” and immediately, the lights went out and the music stopped. Tam quickly realised the danger, kicking Meg into a gallop just as the angry horde burst from the ruined church doors. It’s well known that witches can’t cross running water, so all he had to do was make it to the middle of the Brig o Doon and he’d be safe.

It’s not far from the church to the bridge and Nannie was fast, but fortunately for Tam his horse was faster. Just as the hunter closed in on its prey and a hand reached out to grab him, Meg made a terrified leap across the bridge keystone and all Nannie was left with was the mare’s tail in her hand.

Tam had survived his ordeal at Alloway Auld Kirk, but he still had to go home and explain himself to Kate.