A BRIEF HISTORY OF SCOTLAND

Traditionally, Scottish written history begins with the arrival of the Romans in the first century AD, although for thousands of years tribes had roamed the land, forging a simple life in stone huts and gathering food from the abundant crop that, even today, still provides the nation with a plentiful source of nourishment. The first settlers arrived in the aftermath of the Ice Age, crafting stone (and later, bronze) weapons and tools to hunt wild animals and developing farming techniques to take full advantage of the harvest. Little remnants remain of this period of Scottish history today, although the stone circles at Stenness and Callanish, amongst others, provide a glimpse into prehistoric society and belief. 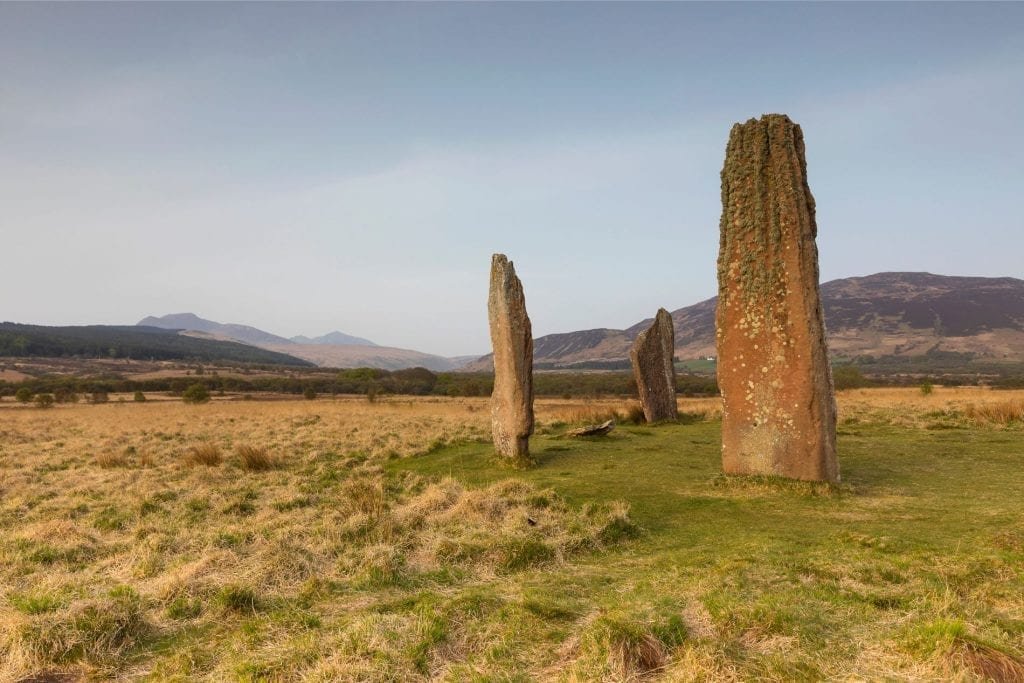 The Roman invasion of Scotland – or Caledonia – began in 80AD and within 20 years most of southern Britain was under Roman control. Scotland, however, proved to be a more challenging battleground: tribes controlled huge areas of land and important natural resources, such as lead, silver and gold, were not going to be yielded willingly to an invading army from Rome.

Despite some early successes, by 123AD the Roman occupation was retreating, and the construction of a six- metre-high wall was underway on the orders of Emperor Hadrian, to keep the vicious and unruly Picts out of Roman territory south of the border. With the frontier established, it became the scene for repeated incursions from either side for the next 280 years, until the Romans withdrew entirely from Britain in the early 5th century, spurred on by the need to defend Rome from tribal assaults.

THE ARRIVAL OF THE SCOTS

Until the 6th century, the name Scotland was unheard of, but the establishment of the kingdom of Dalriada by the Scots, a group of Irish settlers who landed on the western shores of the country with little opposition from the native Picts, heralded the formation of the modern country. For the next 400 years, the inhabitants of Scotti collaborated and clashed with the Picts in equal measure, until the two groups were unified in 844AD in a single kingdom.

By this time, Christianity was established in Scotland. The language and symbols of the Picts gradually disappeared and, as other kingdoms, such as Strathclyde which were previously under English rule, became absorbed into the country, modern Scotland was created.

THE INFLUENCE OF THE NORMANS

During the reign of Malcolm’s son, David (1124-1153), Norman migration to Scotland increased, monasteries were built, townships were created and powerful trade links with England were formed. However, Scottish kings remained impotent in their control of the outlying parts of the country where local chieftains governed, often under the direction of overseas rulers.

THE START OF THE REBELLION

The death of Alexander III in 1286, and of his heir four years later, led to a power vacuum in Scotland with at least 13 claims to the throne made. As arbitrator, Edward I instilled John Balliol, a decision that was to spark centuries of rebellion and conflict with the English. Balliol’s refusal to support an attack on France led to his demise and Edward I’s attempt to rule Scotland alone, installing English officials to govern the country.

The subsequent landowner rebellion, led by William Wallace and famously recreated – though without a considerable degree of historical accuracy – in Braveheart, inflicted a heavy defeat on the English at Stirling Bridge in 1297. Continued English aggression was firmly rebuffed, restricting English territorial control to the south-east of the country, until total defeat by Scottish forces under the control of Robert the Bruce in 1307. Within six years, England had officially recognised Scottish independence.

THE ROAD TO THE UNION

The 16th century, under the rule of James IV, witnessed greater peace and prosperity within Scotland, with the rise of literature, printing and education. Nevertheless, continued skirmishes with England persisted, with attacks on both sides of the border.

The Reformation confirmed Protestantism as the official religion of Scotland and, as civil war raged in England, Scottish forces repeatedly tried to make incursions south of the border; English forces eventually occupied Scotland in its entirety, a situation which only ended once Charles II became king of England and Scotland.

The 1707 Act of Union, which created the United Kingdom and made Scotland subject to rule from London, proved to be unpopular with many, leading to a series of rebellions led by the Jacobites who recognised James, son of the deposed James II, as rightful king. However, the Jacobite rebellions were easily crushed by English forces and strict laws were imposed to curtail their freedoms, strengthening the Union and diminishing the threat from Scottish nationalists.

Industry, as in the rest of the western world, flourished in the 19 th century, with rapid growth in towns and cities and the coal, steel and iron industries booming. Scotland became renowned as a world centre for shipbuilding.

However, as in England, living conditions could not keep apace of industrial development; housing was of a poor standard with little space and sanitation, leading to disease and low life expectancy for many workers. Only with the growth of the trade unions towards the 20 th century did standards begin to improve.

In common with other leading nations, Scotland experienced a huge economic slump in the 1920s, with homegrown industries such as mining, steel manufacture and shipbuilding all suffering a downturn. Unemployment was high, but the decades following World War 2 witnessed prosperity and economic stability. Redundant industries were gradually superseded by service industries and, with the advent of technology and IT, Scotland established itself as a key player in the United Kingdom.

The growth of nationalism in the country in the second half of the 20th century sowed the seeds for Scotland gaining a devolved parliament, offering some independence from Westminster that, for centuries, had been a source of disquiet for many Scots. Despite the failure to secure full independence in the 2014 referendum, a thirst for Scotland separating itself totally from the rest of the United Kingdom remains, and time will tell whether this will be enough to establish Scotland as a truly independent country in the years to come.

Irrespective of the outcome, Scotland is undoubtedly a fiercely competitive and forward-thinking modern country, proud of its culture and heritage, and determined to play a key role in the political map that will drive change in the rest of the century. 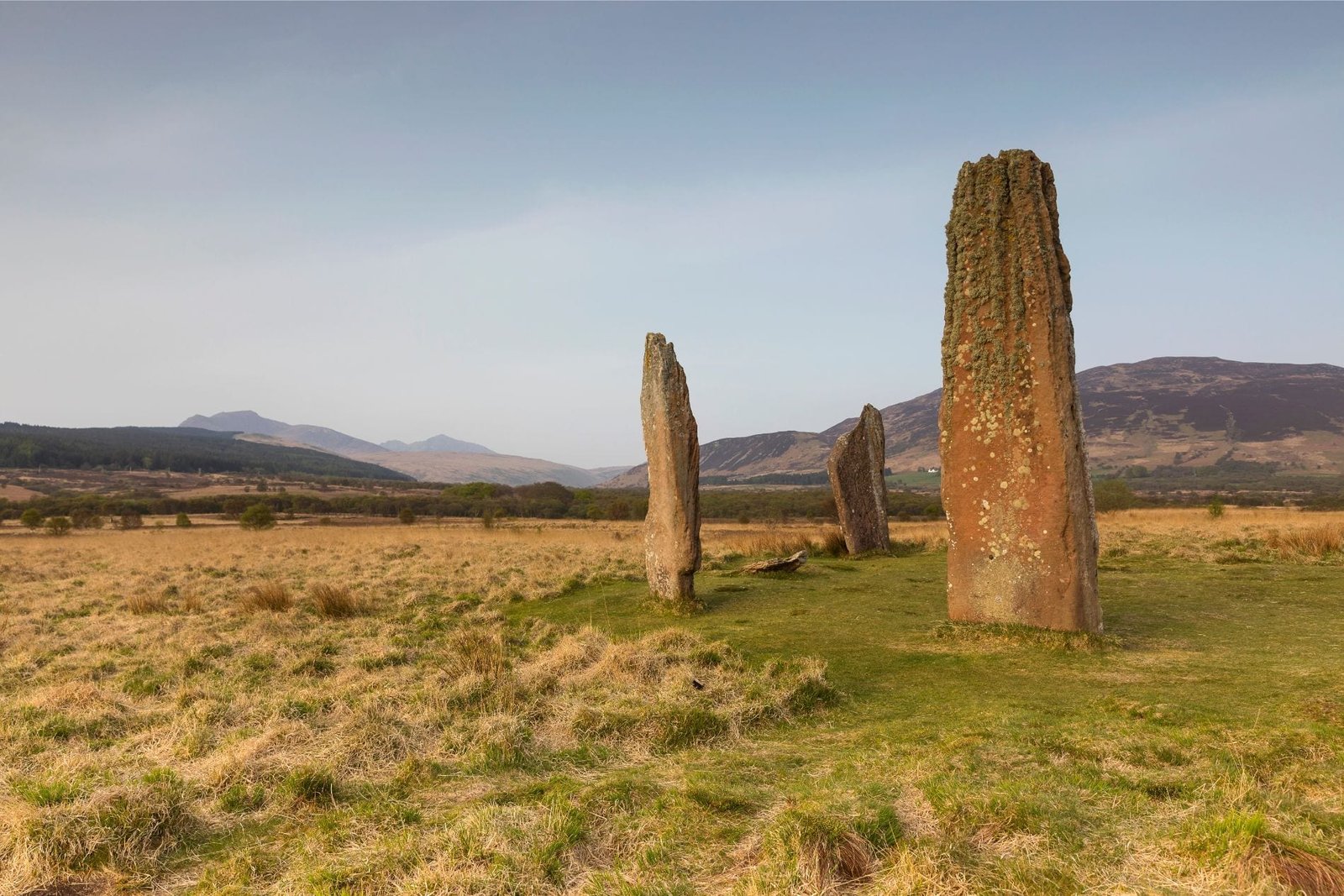